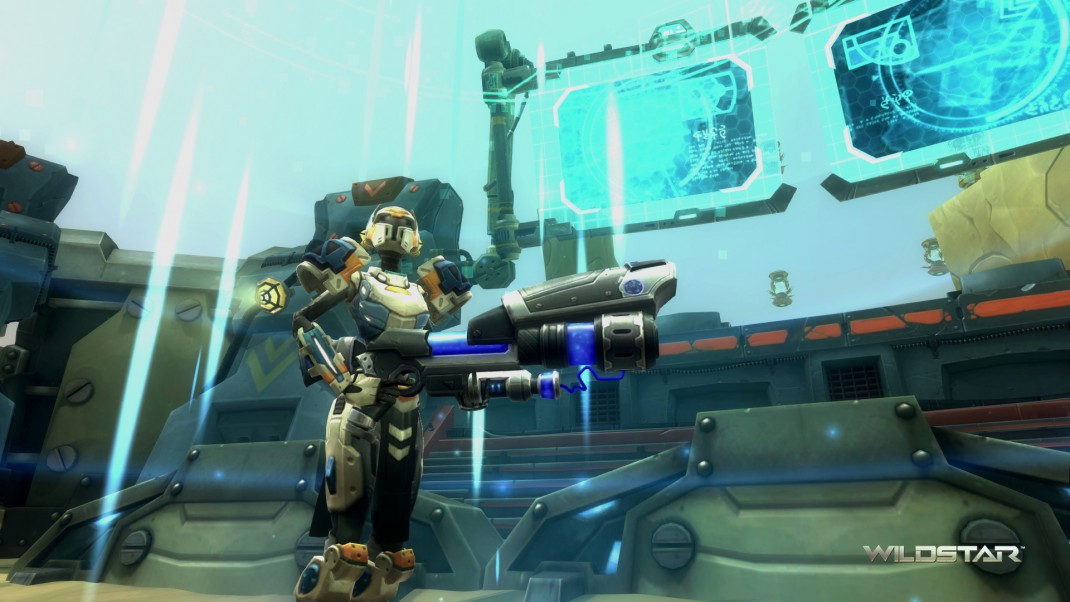 ALISO VIEJO, Calif. (March 12, 2014) – Carbine Studios today announced that its upcoming action-adventure sci-fi MMO, WildStar™ will officially launch worldwide on Tuesday, June 3, 2014. Additionally, the studio has announced that pre-orders for the game will begin Wednesday, March 19 at a suggested retail price of $59.99, and orders can be placed on WildStar’s website at www.wildstar-online.com/en/preorder or through select third party retailers such as GameStop and Amazon.

Players who pre-order have early access to several closed and open beta events and will receive a variety of exclusive in-game items and perks, including:

WildStar will be available in two versions. The Standard Edition includes the game, 30 days of play time, and three 7-day friend passes, as well as an Eldan-themed Housing Décor item. For an additional $15, the Digital Deluxe version ofWildStar includes all elements of the Standard Edition as well as an even larger package of exclusive content: an Eldan Hoverboard, a unique costume, a unique Eldan player title and a limited-edition Eldan dye set.

“We’re stoked to launch WildStar,” said Jeremy Gaffney, executive producer at Carbine Studios. “We’re looking forward to seeing the first players begin their journey on the unexplored planet of Nexus. Both noobs and MMO vets will have a blast with our fast-paced combat, while experienced guilds and groups will build complete battle-fortresses using our Warplot system and tackle some truly epic raids. We’ve aimed for fun and unique content for MMO gamers of all stripes from level one to level cap and beyond. WildStar is a brand new IP and new universe that has attracted more than 1.4 million beta signups already, so it seems like other gamers are also eager for something new and different in the MMO space.”

Unlike anything currently available, WildStar engages players with a beautiful and distinctive animation style, robust housing customization, and high-action combat that truly tests players’ skill with its fast-paced, reactive telegraph system. On top of that, the game’s personality is distinct in its own right; humorous but laced with a mysterious undercurrent that implies there is more happening in the world than meets the eye. WildStar gives players the freedom to experience the game how they want to play, while providing an unprecedented level of exploration and discovery among the planet Nexus.

For more information on WildStar and its pre-order details please visit: www.wildstar-online.com/en/preorder.