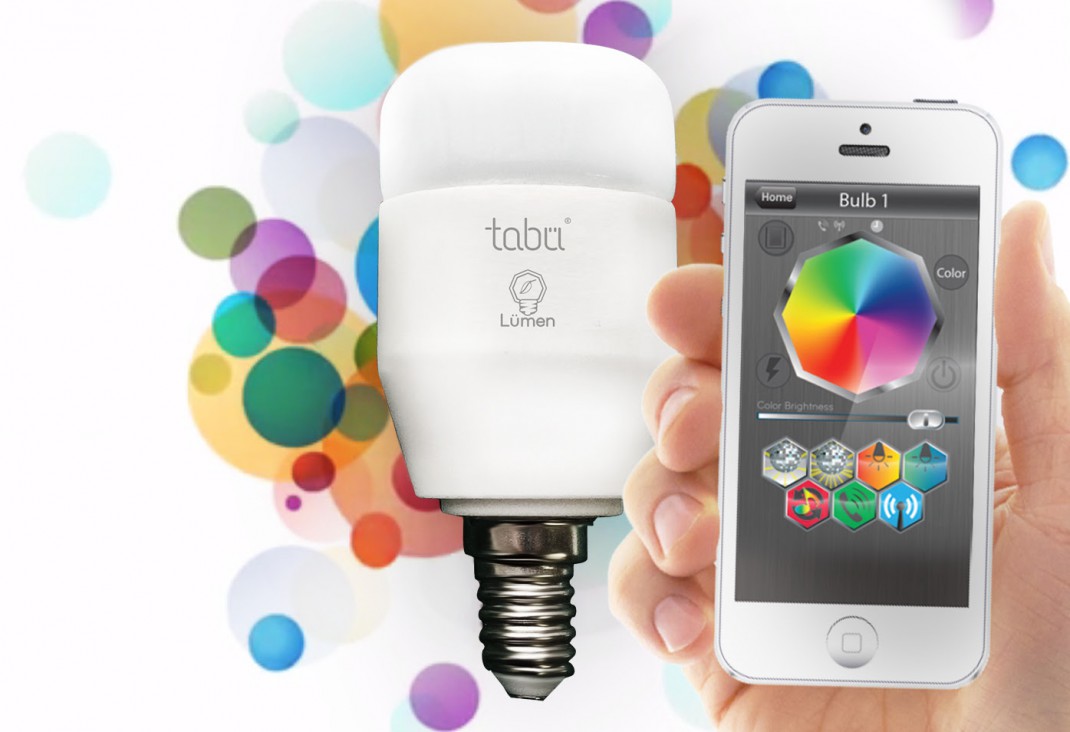 LuMini Smart Bulb Back on Kickstarter 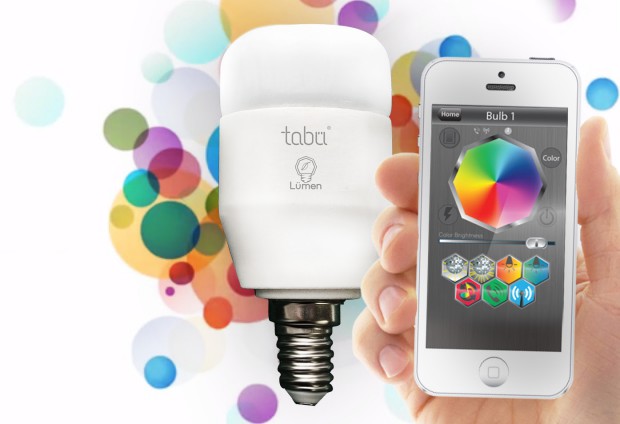 BOSTON – March 12, 2014 – The LuMini is back and ready to party. TABU Products originally launched the LuMini, a small, colorful and affordable Bluetooth bulb, on Kickstarter in February. The LuMini is an LED RGB (Red, Blue and Green) bulb that’s ideal for mood lighting. It’s 50% smaller than traditional LED bulbs and will fit most lamps. The Kickstarter campaign helped TABU Products figure out what backers wanted, and they decided to revamp the project and re-launch the campaign, which starts today.

In the first project, TABU offered four socket sizes. They found that the bulk of the Kickstarter pledges were coming from two types of sockets, the E26 and E27, which are commonly used standard bulbs in the US and Europe. By removing the least popular two, E12 and E14, TABU cut their production cost in half, allowing the company to lower the goal from the $50,000 to $25,000, with pledges starting at $25.

“We used the KS project to determine the best size, quickly learned that having all four sockets wasn’t going to work, so we decided to focus on the two most popular sockets,” said TABU CEO Kevin So. “This lowers our cost by half and changes our goal to $25,000.”

Tabu will offer stretch goals for the E12 and E14 so that if there is demand, they will be able to produce them.

With funds raised from the Kickstarter campaign, Tabu will complete the firmware design and production molding and increase Android device compatibility. The LuMini is compatible with all phones that use Bluetooth® Smart, which encompasses all iPhones and certain Android models, including the Nexus 7 (with Android 4.3) and S4 (with Android 4.2). Recent models of the Lumen TL800 and the LuMini are compatible with Samsung phones with Android 4.3 and above.

Setup for the LuMini is simple; simply download Lumen’s proprietary app, plug in the bulb and light up the room. The app turns both the TL800 and LuMini into a smart bulb with various modes for different occasions, including party mode, wake up mode, music sync mode, romance mode, and relaxation mode. The app has a proximity sensor and can be set to notify users of incoming calls.

Pledges start at $25 for LuMini. Estimated delivery on the project is May 2014.

TABU Products makes high-quality accessories that are designed to bring color and joy to to the lives of the company’s customers. TABU believes an accessory should be more than a “second thought” – it should reflect the individuals’ personality through innovative design, unique colors and creative shapes. Check us out at www.tabuproducts.com, on Facebook and Twitter.