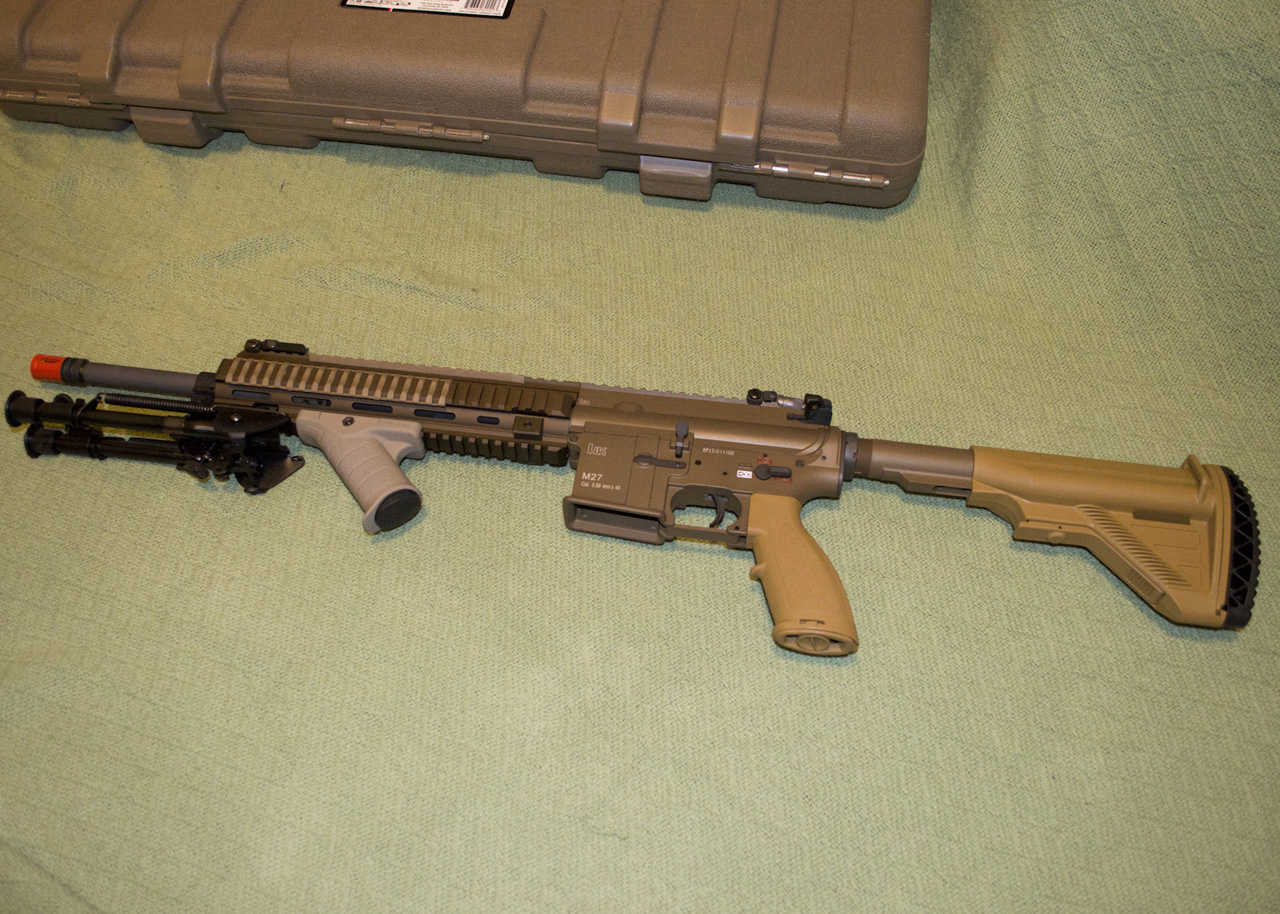 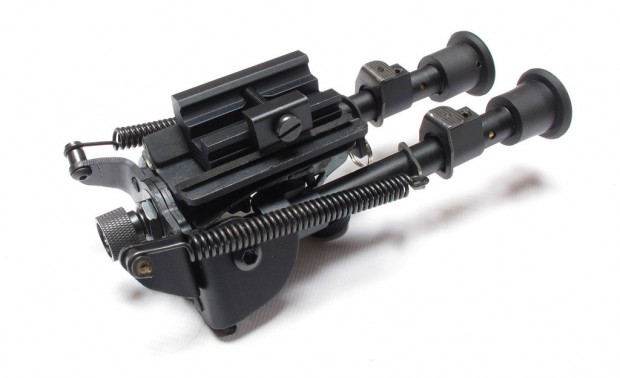 Airsoft Extreme has a line of company-branded products that are truly well-built. One of these such items is their AEX Industries Bipod with RIS Adapter. Retailing for $39.99, this airsoft bipod features all metal construction as well as spring assisted, adjustable height leg posts. Installing the AEX bipod was very simple, with it utilizing my airsoft gun’s 20mm rail system without issue. Once tightened down, the bipod adds a “tacticool” factor to the airsoft gun – aside from its other, functional uses. A bipod is not something that every airsoft player needs to equip to his or her airsoft gun. However, once in use, the benefits of the bipod’s stable shooting platform quickly present themselves. Adjusting the height of the leg posts is fairly easy. The shooter simply moves the legs down into the protracted position, then twists each post and pulls the leg post out to the desired height. Once achieved, the leg is tightened down using the built in screws. 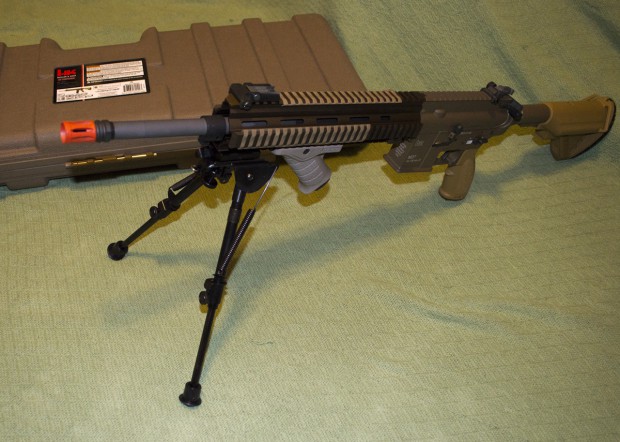 One of the best features that this bipod has is the ability to fold its two posts forward towards the muzzle, getting them out of the way of things while you don’t need it. This also means that the bipod can be quickly manipulated on the field depending on your tactical situation. I decided to run the bipod on my VFC / Umarex M27 IAR limited edition airsoft rifle. While not as heavy or ungainly as an M249 or other LMG, the M27 IAR is no slouch in the size department and, when laid out prone, it was such a comfort having that bipod extended. Not only did it help provide a stable platform with which to shoot from but, also, it saved my left elbow a lot of strain.

If you are in the market for a quality airsoft bipod, you can’t go wrong with the AEX Industries Bipod w/RIS Adapter. It’s $39.99 dollar price point is very reasonable and the unit has a lot of noticeable build quality. This bipod is available now. 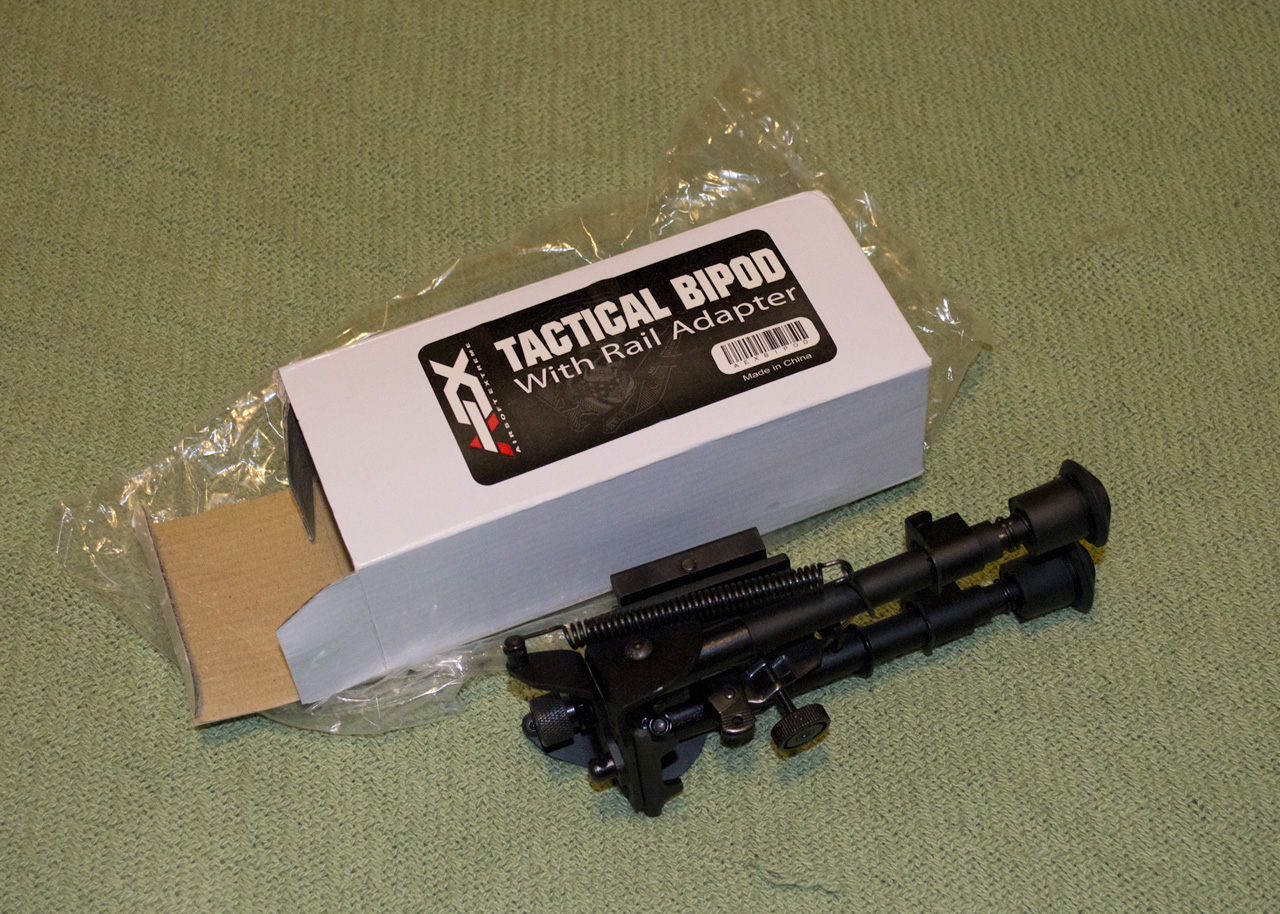 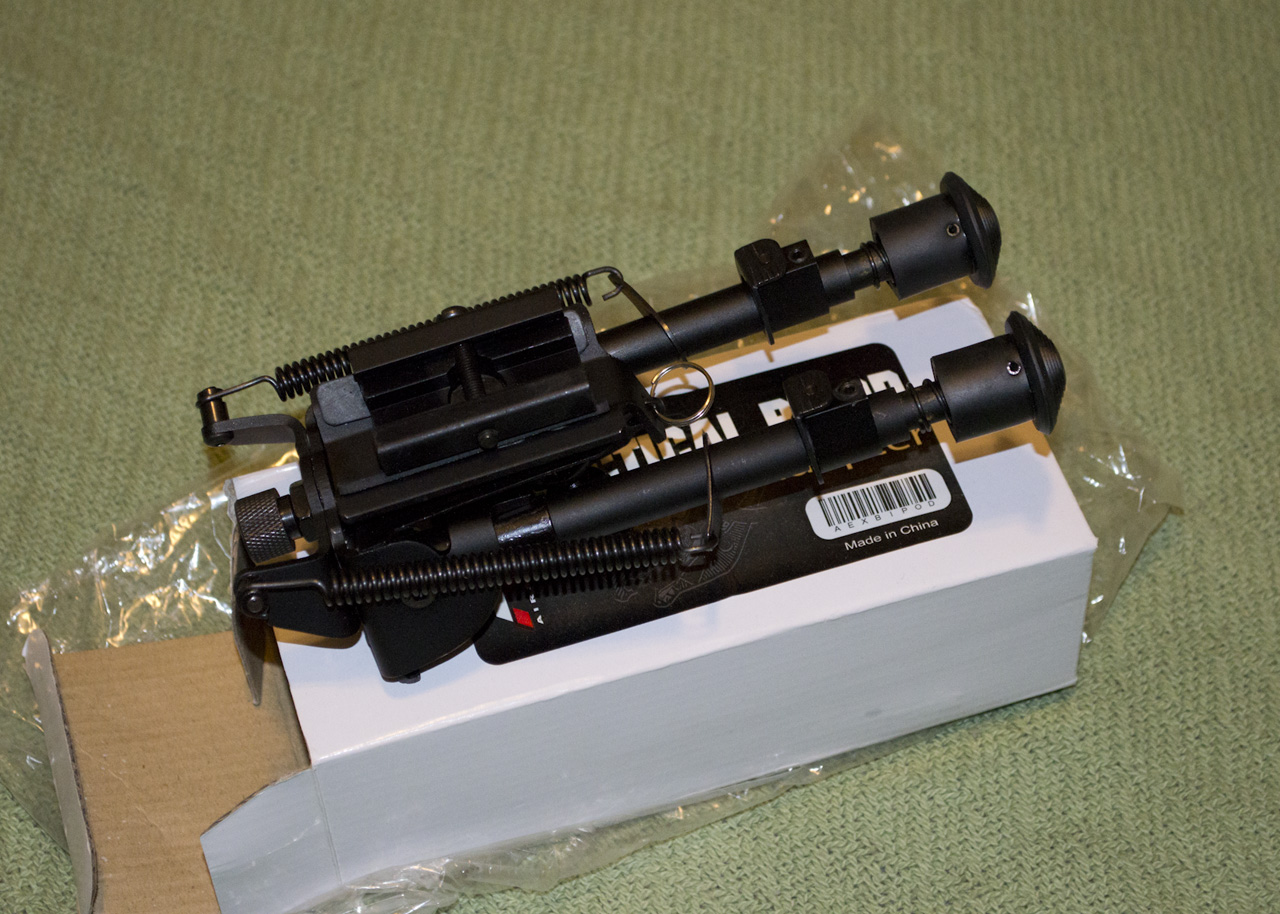 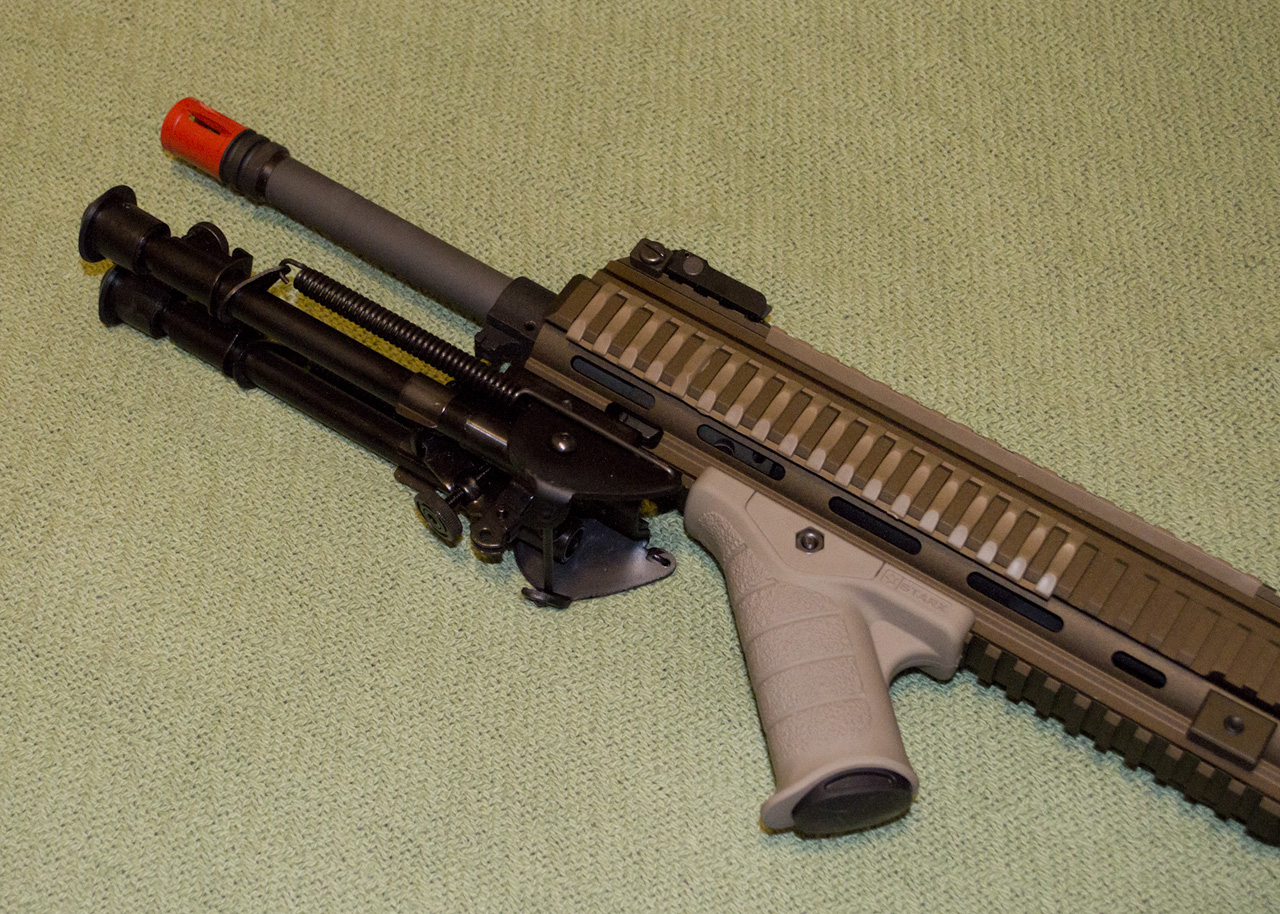 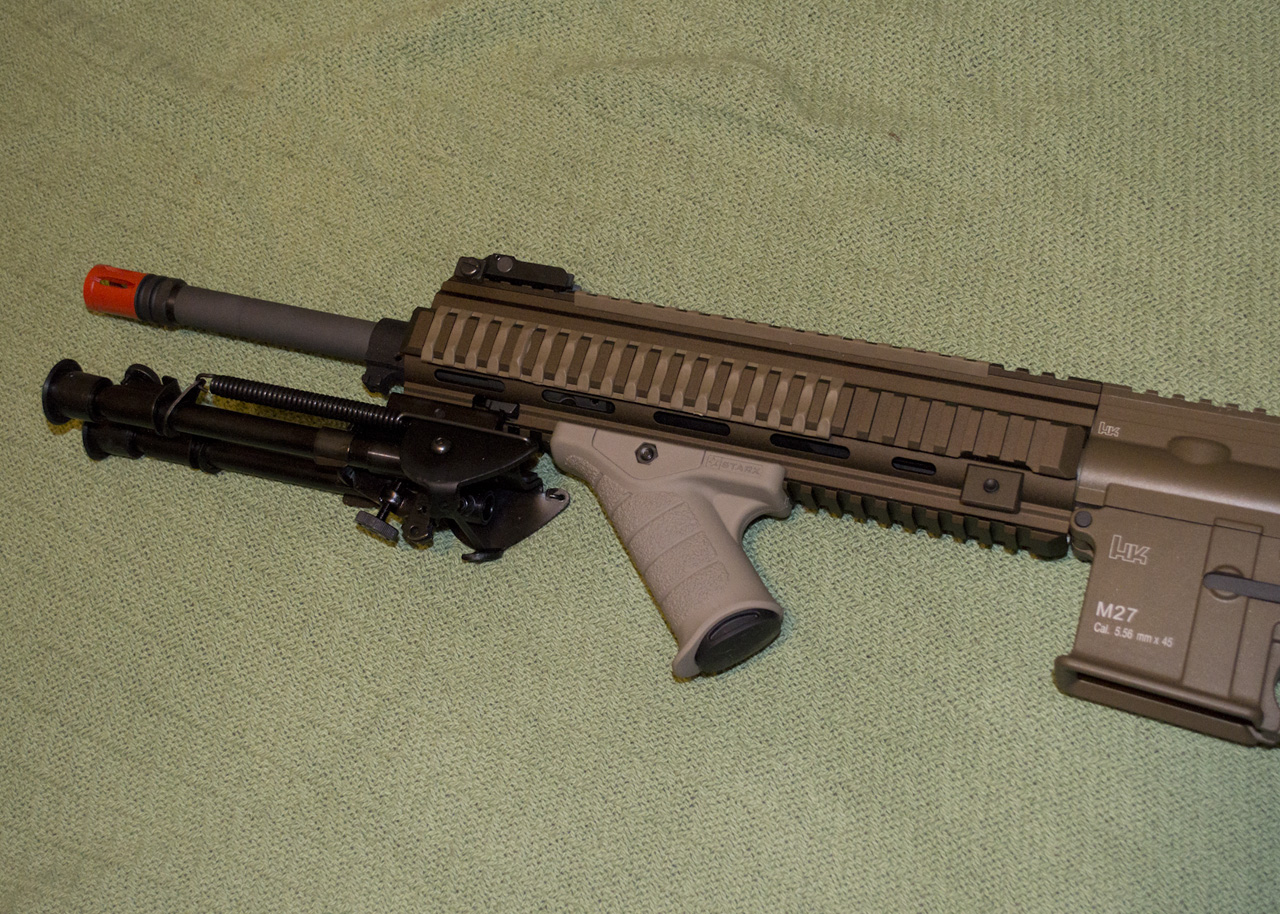 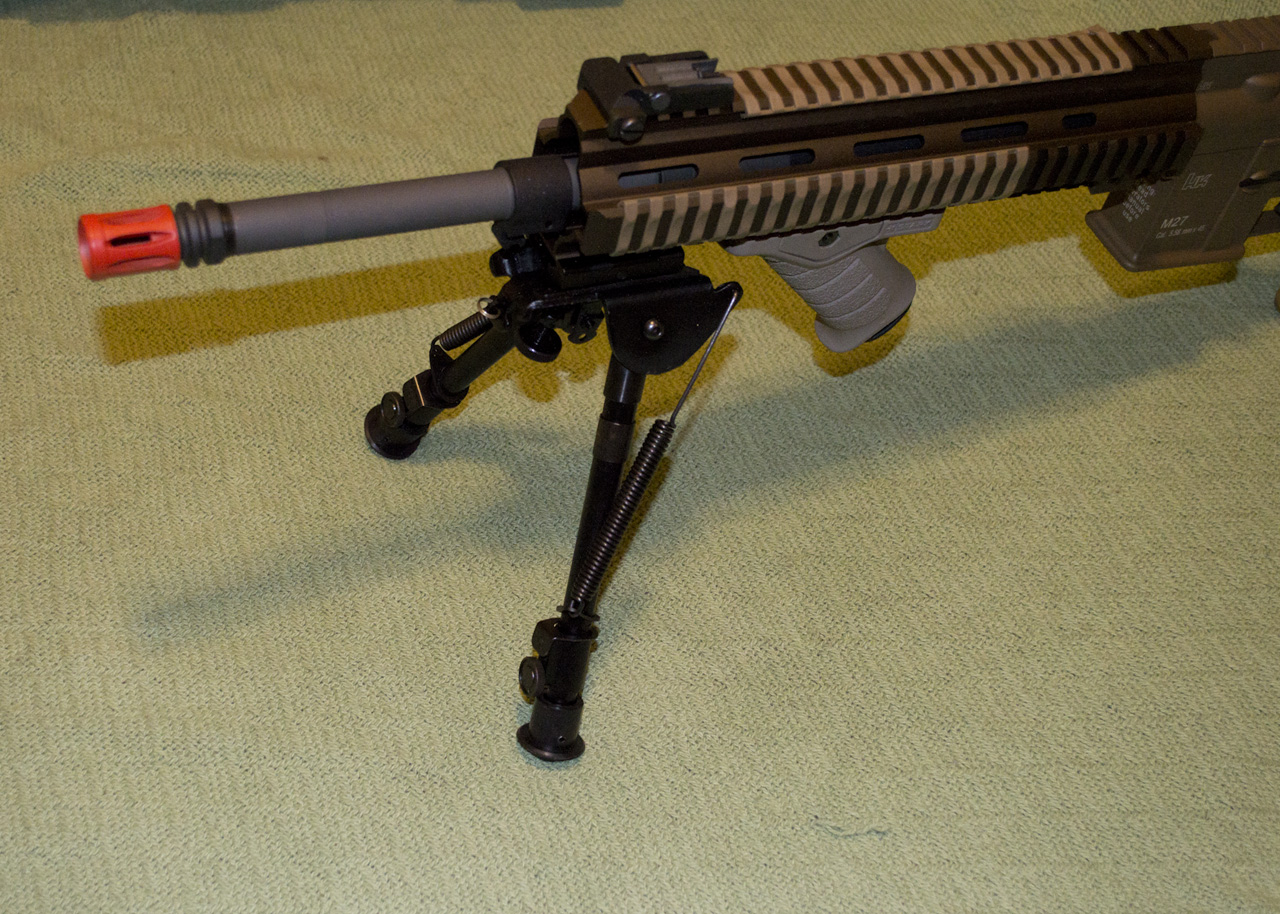 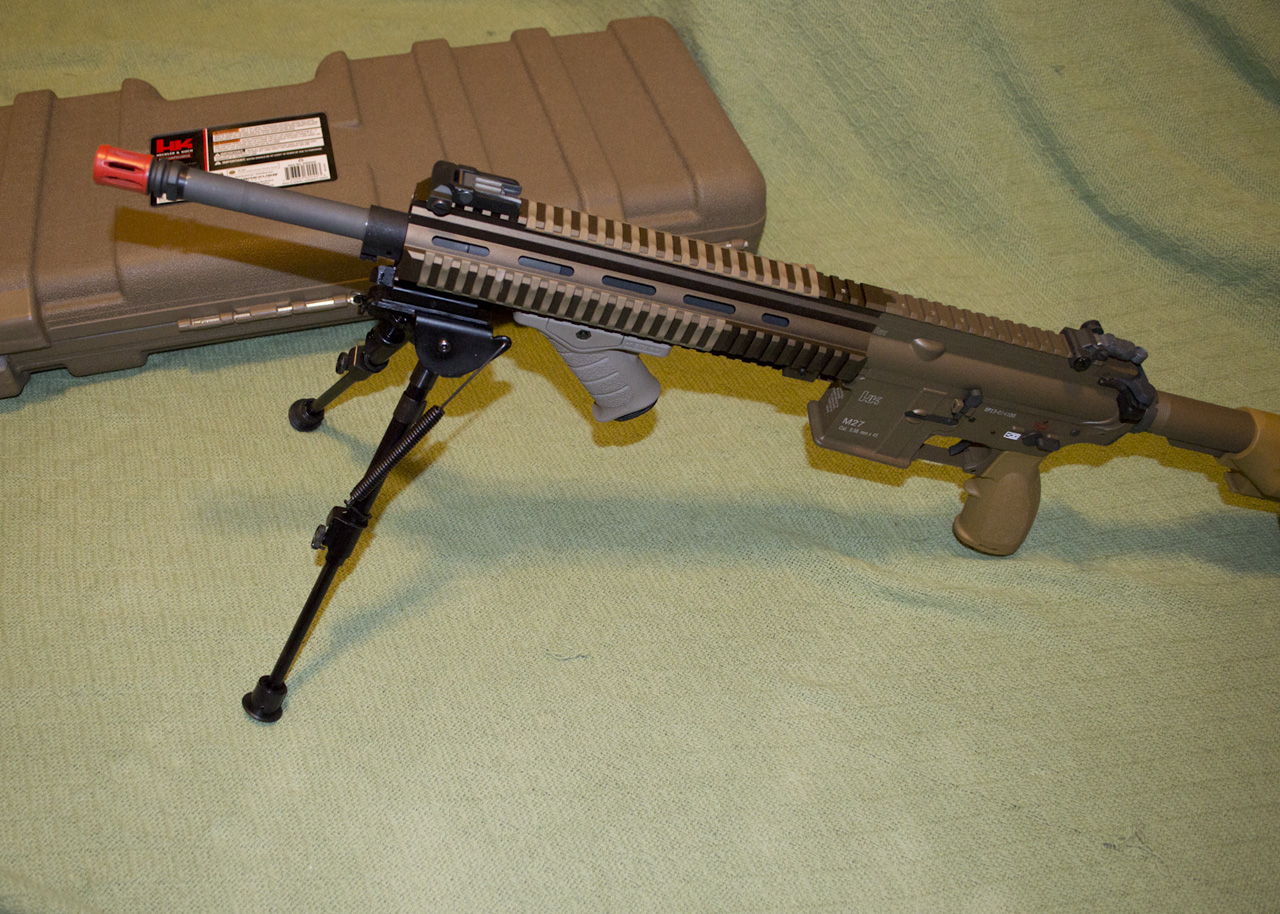 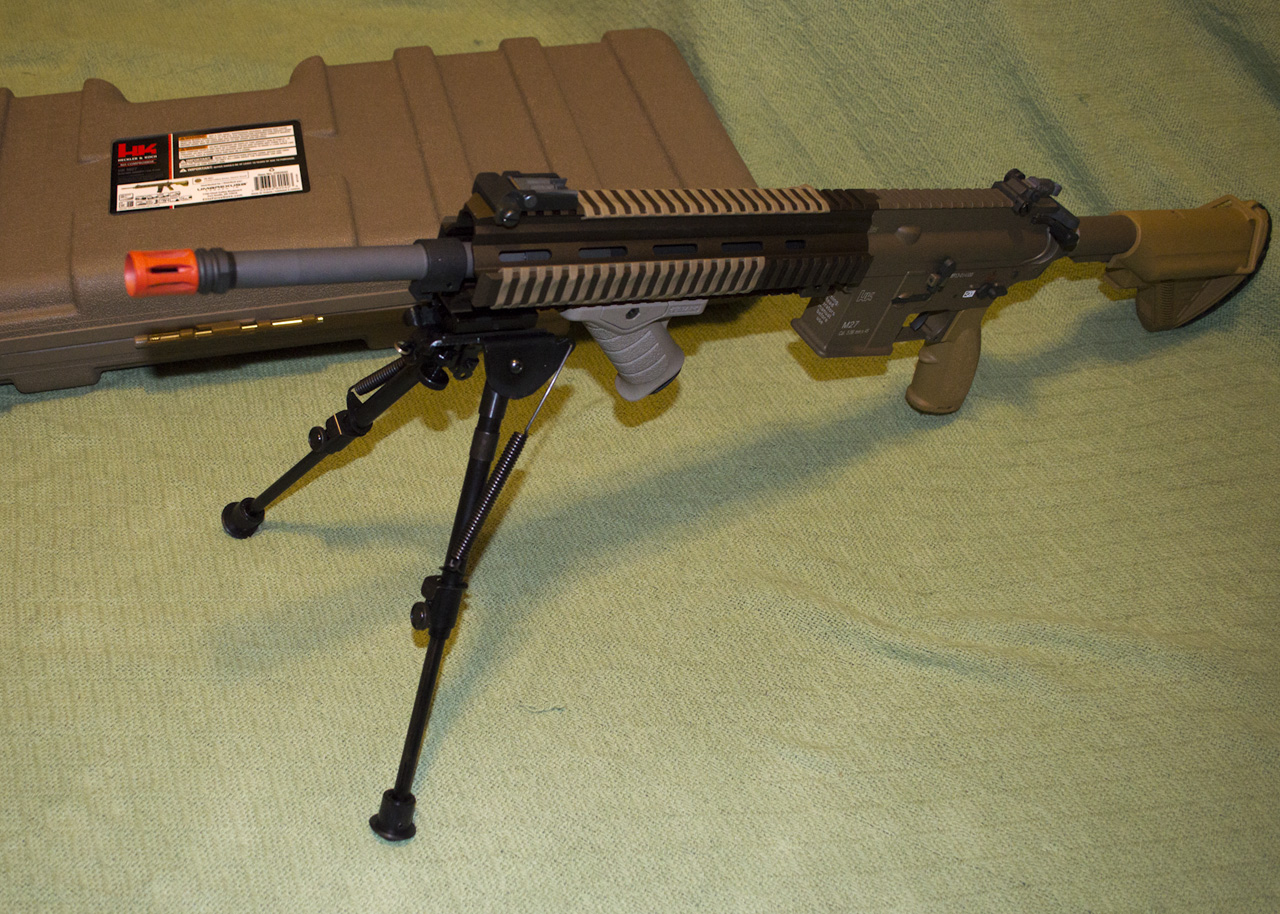