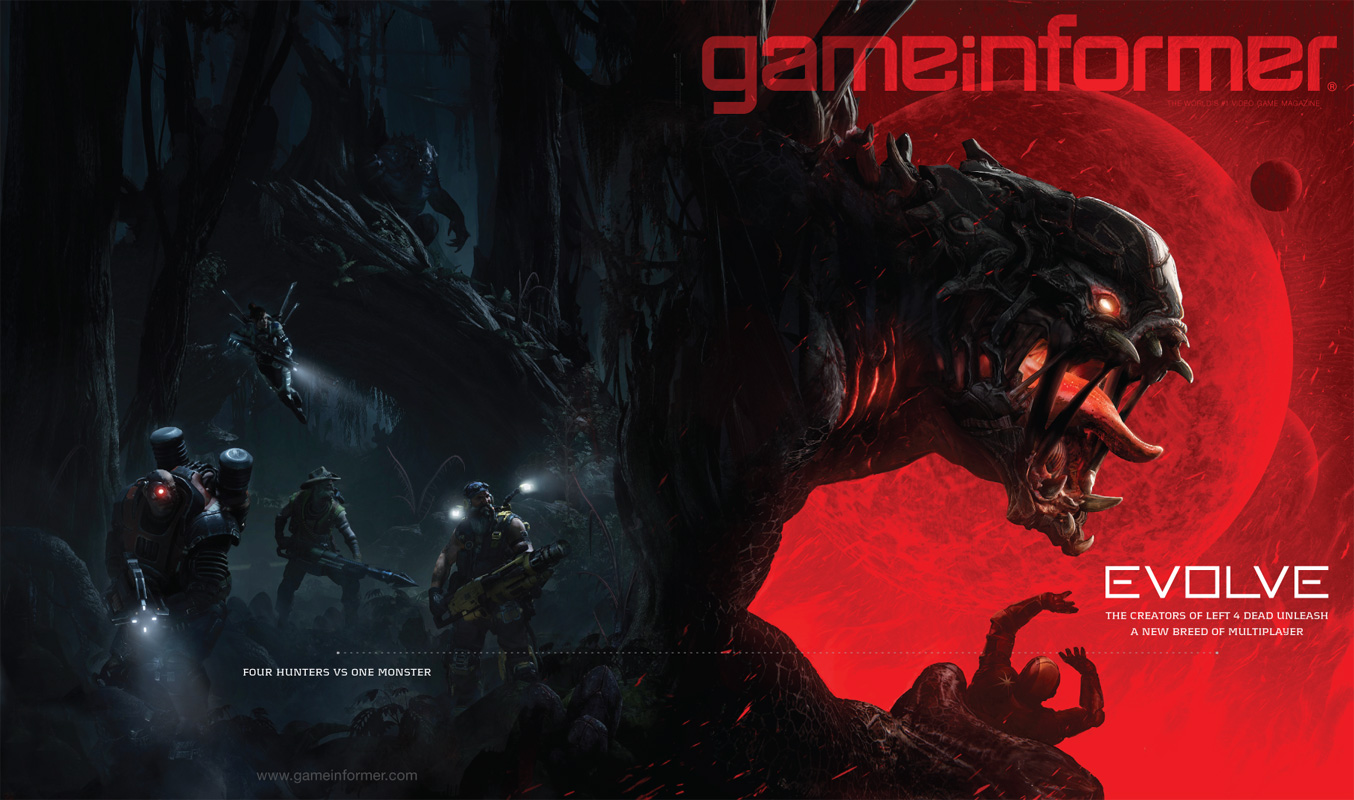 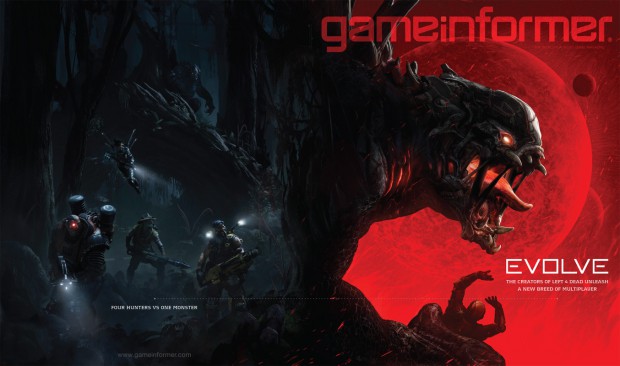 Evolve expertly blends cooperative and competitive multiplayer experiences as a team of four hunters face off against a single, player-controlled monster. Set on an alien planet in the distant future, gamers hunt their prey in adrenaline-pumping 4V1 matches. Players experience Evolve as a first-person shooter when playing cooperatively as the four hunters, while they control the monster in the third-person perspective, providing a gameplay experience unique toEvolve. In addition to revealing Evolve, Game Informer details Goliath, the first monster included in the game, and the first squad of four hunters, each with their own unique classes and abilities.

“Our philosophy is to build incredibly fun game experiences that we can’t find anywhere else,” said Chris Ashton, co-founder and design director at Turtle Rock Studios. “Evolve’s co-op vs. lone wolf formula has created some of the most intense multiplayer matches we’ve ever experienced.”

“Evolve will be a generation-defining multiplayer experience,” said Christoph Hartmann, president of 2K. “As our first new IP for next-gen systems, 2K is working with Turtle Rock Studios to deliver a game that’s instantly entertaining and impossible to put down.”

Evolve is available for pre-order beginning today at participating retailers. Those who pre-order the game from participating retailers will be rewarded with the Monster Expansion Pack, which includes the Savage Goliath skin at launch and a new monster character as soon as it becomes available after Evolve is released. To see a list of retailers that you can pre-order Evolve from now, please visit www.evolvegame.com/preorder.

To learn more about Evolve, gamers can pick up the latest issue of Game Informer magazine or visit www.gameinformer.com/evolve throughout the month of January for an exclusive look at the game.