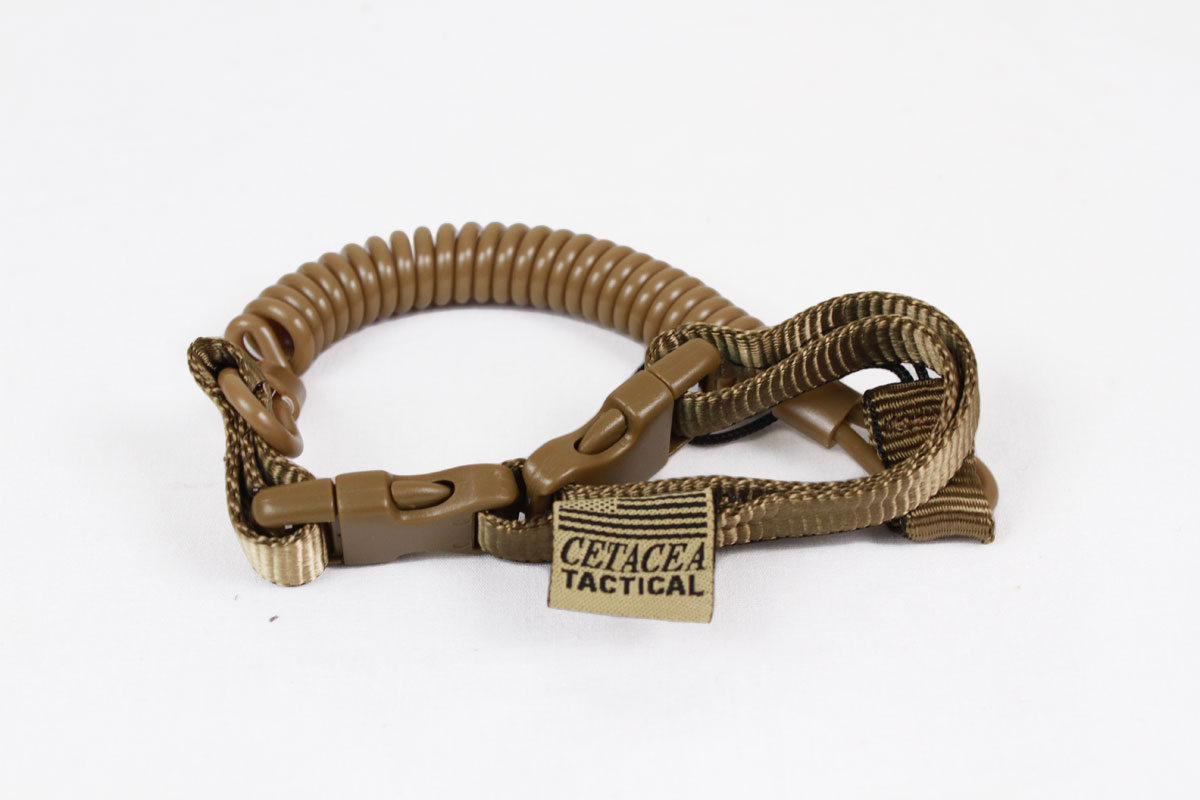 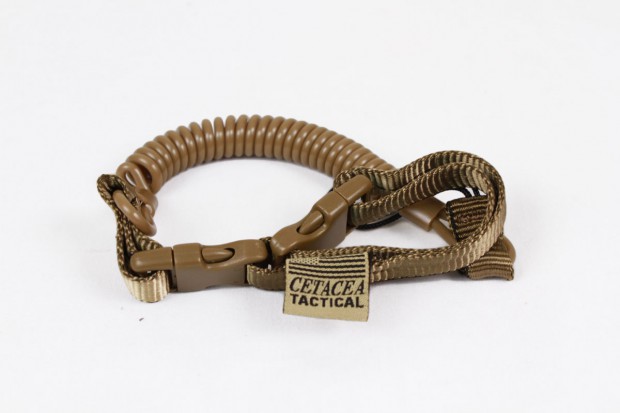 While running and gunning in an airsoft game, sometimes players need to swap over from their primary airsoft guns to their backup pieces quickly. Sometimes, players will lose the grip on their sidearms, causing a sometimes expensive piece of airsoft kit to go skittering across the arena floor. This could cost you the game and, more importantly, damage the gun which will cost you money! The solution for most players is to have some sort of lanyard attached to the airsoft pistol so that, in case it gets loose from your grip, it is still attached to your body and wont hit the ground.

Cetacea has been making pistol and gear lanyards for quite some time and, thanks to the folks at AirsoftExtreme, we got to review the concealed carry model. The big difference between the concealed carry model (model #TA-PCO) and others in the product line is that its coiled cable is a lot thinner and meant for plain clothes officers or light usage. I was able to use the pistol lanyard for a few weeks and, during the games I played in that time, found it to be adequate in keeping my sidearm tethered to my person when I used a light, CYMA airsoft pistol . My KWA M226 airsoft pistol, however, still hit the ground (thankfully soft carpet) of my office when dropped using the tether. The problem is that heavier airsoft guns are going to overpower the thin retention coil. Unless you have a very light or inexpensive airsoft pistol, I would probably recommend that you opt for the pistol lanyard

Overall, the Cetacea concealed carry pistol lanyard is an inexpensive way to retain your airsoft sidearm in case you lose your grip of it. Be warned, however, that if your gun is too heavy it could still hit the ground before the retention cable kicks into gear and springs it back to you. The Cetacea Concealed Carry pistol lanyard retails for $11.99 at Airsoft Extreme’s official website.