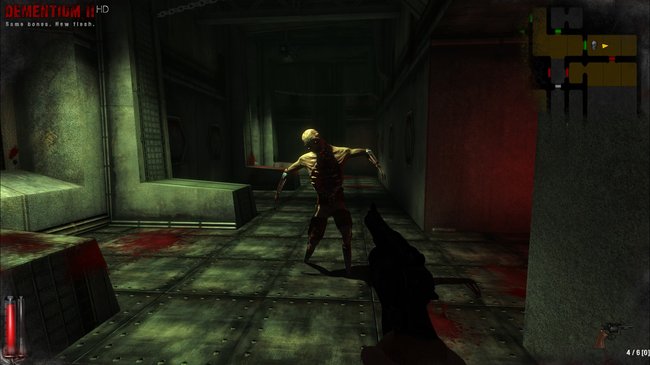 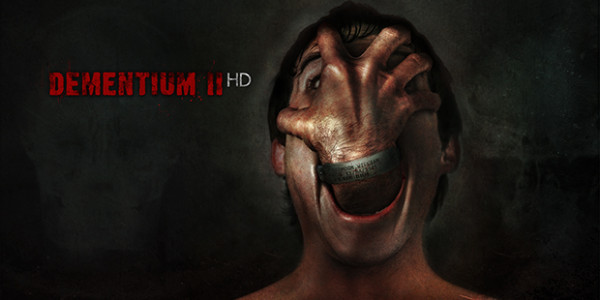 Trying to get into the holiday spirit, you have probably left the ghosts Of Halloween behind you and are thinking of gifts rather than stiffs. Well, we here at Gamingshogun.com think that every day is a good day for a good scare. So, when the opportunity to sit down with a dark and gory game came along, an evil Grinch-ish grin crosses our collective face. In this case, it is a remake of an old horror favorite called Dementium II – this time, in HD. Hence, the new name: Dementium II HD! 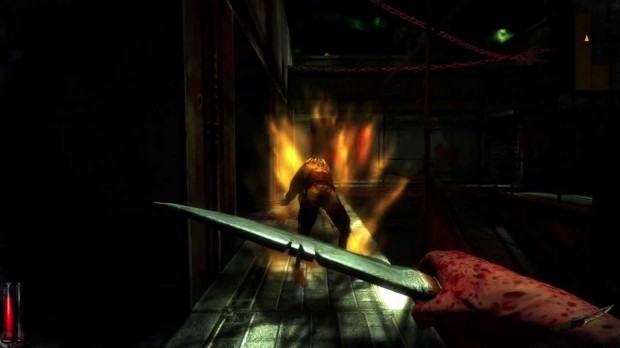 Description:
You are William Redmoor, recent recipient of a radical brain operation and current inmate at the clandestine Bright Dawn Treatment Center for the criminally insane. Your memories are fuzzy, but it appears that your wife and daughter were murdered, and the evidence points toward you as the killer.

The Doctor’s methods don’t appear to have worked – Demons you thought vanquished have appeared once again. Images of a past you don’t want to see keep appearing before you. Worse, it seems that the Doctor has some diabolical scheme against you… or does he? Survive the onslaught of horrific beasts, stay one step ahead of the Doctor, and for God’s sake William, get out if you can!

With all the surrounding insanity, you can’t tell if it’s you or the world that has truly lost it.

…Just how demented are you? 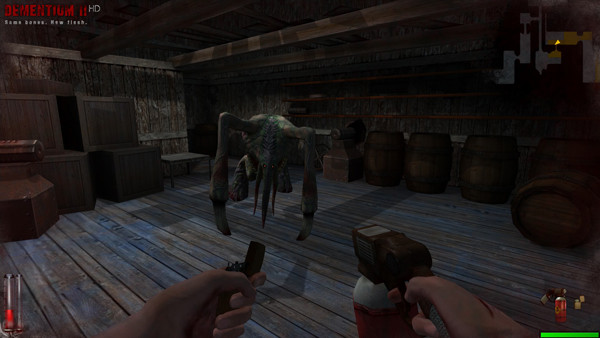 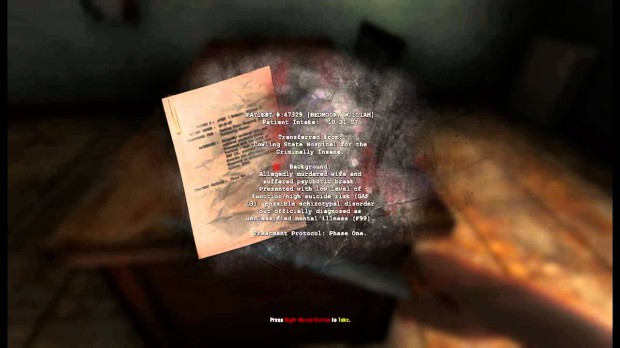 Hands On:
I’ve never experienced it myself (yet) but I don’t think it is good when they wake you and tell you that you have been out for several weeks after getting brain surgery.  Normally you would think that with experimental brain surgery they would let you wake up and check your functions, but with hospital overcrowding being what it is, they have two armed guards lift you up to take you back to your cell.  First thing you notice is the guards wear riot gear, the second thing you notice is the place is unsanitary and echoing with chaotic screams – not a clean hospital.  Welcome to Dementium II HD, turn out the lights, crank the sound or put on headphones and enjoy the ride.

Gameplay is pretty straight forward, control-wise, as a first-person shooter-esque title. By that, it feels like a survival horror game but they at least give you some weapons to defend yourself.  As you progress through the levels, the gameplay and puzzles get harder but, luckily, the weapons get better. Of course, you always have your trusty prison-style shank if things get up close and personal.  Being on Steam, there are also achievements for using certain weapons in certain ways so you may actually want to check them out before starting the game – if you care about them, as some get really specific.

The bad guys are overly-creepy right from the first time you fight one. A staple of the game are corpses with teeth in their chests (very reminiscent of John Carpenter’s The Thing) that just want to chomp down on you as they stumble toward you on stubby legs made out of metal. Each monster has its own sound, a kind of warning of what you will be up against and I particularly like this monster’s signature because it sounds like a miner working with a pickaxe (WoW crafting fans will recognize the sound quick).  There are plenty of different monsters, each with their own presence and attack types, and learning what works best with each enemy is an essential part of the game.  You may find that multiple weapons work well on an enemy but when you figure out the perfect match, your ammo and health will be better for it (Hint: Steam achievements do not necessarily match these). 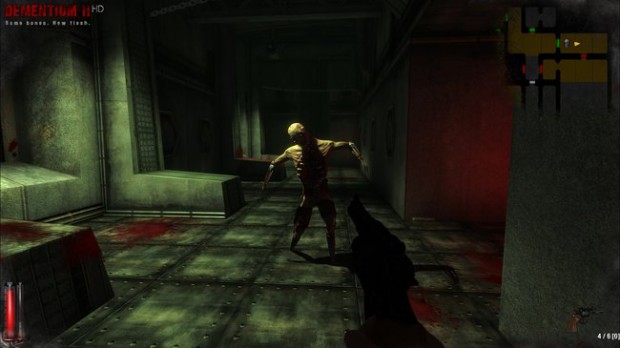 Ammo and health have to be carefully monitored because, in standard survival horror fashion, part of the game is making the most of what you have. Save points are especially helpful, they can be used over again and recover your health but they overwrite the location’s previous save so make sure you haven’t made any bonehead mistakes since your last visit.  Make sure to scour maps because you never know where an antidote or weapons cache may be hidden.  Getting to certain areas requires the right tools but don’t worry about it the storyline keeps you heading around the map and if you can’t get in a room now there will probably be a reason to pass it once you are better equipped.

There are three levels of difficulty. Personally, I tend to stick with normal or hard because I am decent at puzzle solving (almost savant-like, I stop thinking and just solve it with Zen) and I am good at conserving ammo.  That doesn’t mean there weren’t a few times when my ammo was depleted on the weapon I had been using on an enemy only to have me switch to a different weapon and it work far better.  If you are a horror survival player and FPS go with normal or hard, if you are more interested in a creepy interactive story easy might be your path.  It is a very creepy and engaging storyline with the possibility of a faulty narrator, which is a fancy way of saying you don’t know what is real or just his messed-up brain.

This is truly horror survival too, there are countless graphic depictions of gore and torture so if younger or more sensitive members of the family are in town for the holidays, I suggest playing a different game until they go to bed.  Besides it is far better alone in the dark with such creepiness. 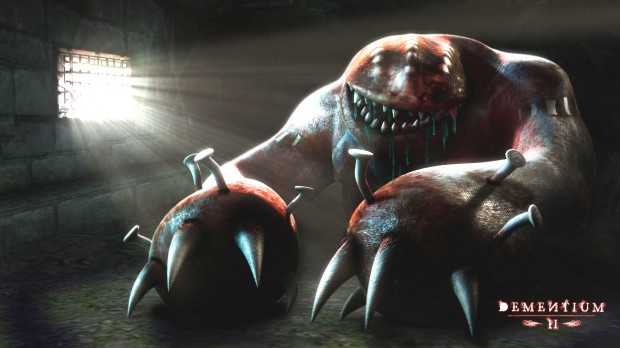 Last Call:
Dementium II HD is a terrific trip into the creepy world of insanity and all the horrors that come with it.  It’s nice to see a combining of survival horror with first person shooting so you can decide to run or stand your ground against the nastiness you encounter.  The puzzles are decent, the atmosphere is creepy and gory you never know what surprise waits for you around the corner, though if you listen carefully you might get a hint. It’s nice to be revisiting the Dementium world, especially at a time of year when most people think of Santa instead of creeps like Krampus.