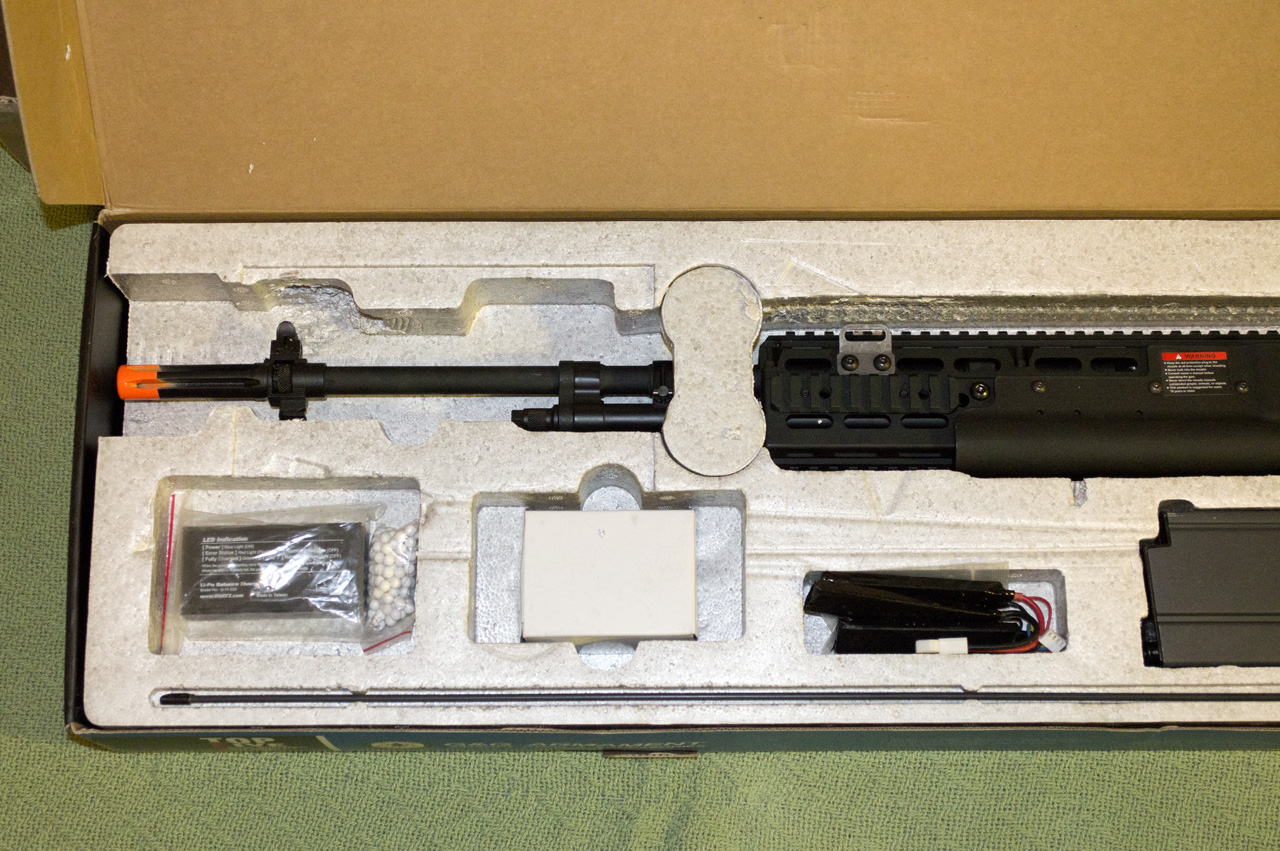 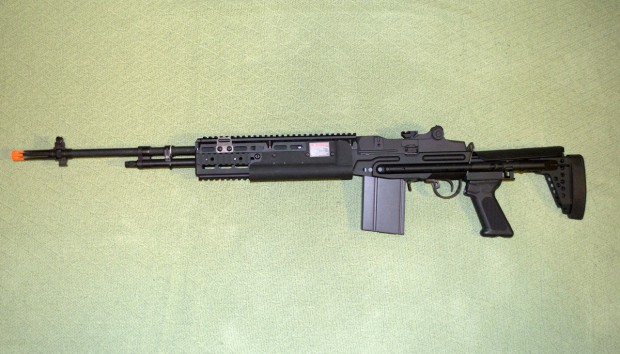 The M14 battle rifle has been a workhorse since it began its service in 1959. Revered for its stopping power and accuracy – not to mention rugged construction, many a soldier would have gladly given up their M16s during the Vietnam War to use the M14 once again. This battle rifle has continued through more contemporary variations and is still in use today. G&G has brought one of the more modern varieties of the rifle, the M14 EBR (Enhanced Battle Rifle) to the airsoft world with their GR14 EBR.

The G&G GR14 EBR is available in two lengths: “short” and “long”. We checked out the long version, which measures about 47 inches in length! Additionally, the long version weighed in at about 11 pounds – and it must be mentioned that both the length and weight of this airsoft gun mirror the actual, real steel firearm! Featuring mostly black and silver coloring, the G&G GR14 EBR looks really aggressive and so much like the real steel version that I am glad they put the orange flash hider on it for safety reasons. Remember, folks, it is illegal to brandish airsoft guns in public in many counties now – so it is up to all of us to follow these laws as best as we can so that local governments don’t penalize us further (also, following these laws will help avoid tragic accidents in confrontations with law enforcement).

“Heavy duty construction” doesn’t begin to describe the build quality of this airsoft rifle. I have seen Tokyo Marui versions of the M14 and would put this G&G rifle body in a “Pepsi Challenge” with them any day of the week. I applaud G&G for making such a well-built airsoft rifle. The six position stock and adjustable cheek pad are also well made and work very well in fitting the gun to your body. Like the real steel M14 EBR, G&G’s take on the weapon puts the safety right inside the trigger guard to allow easy operation. The fire selector switch is on the right side of the rifle’s body and is a bit tricky to use just because you have to push it down before you can move it – just takes a bit of familiarization. The GR14’s bolt catch is functional and, when pulled back, allows access to the airsoft rifle’s hop up unit. 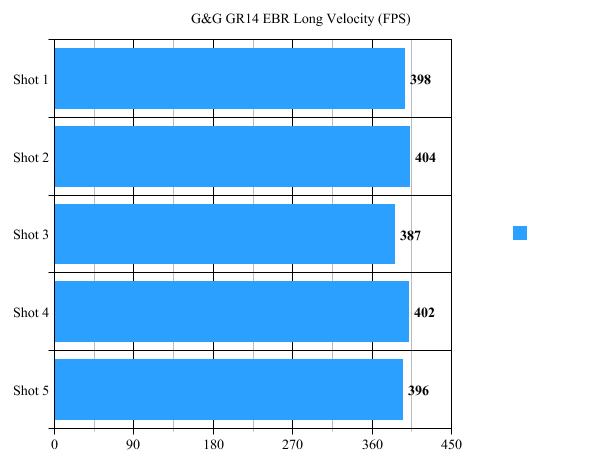 Using the GR14 EBR takes some getting used to, mainly because of its bulk. You should start working out. Now. Being that it can fire in both semi and fully-automatic modes, the airsoft gun could be used by an assaulter. However, with its size and mass it is probably best utilized by your team’s DMR or sniper. Thankfully, G&G has included some sling mount areas to the airsoft rifle so using a two point sling will help you shoulder some of that weight. Additionally, I highly recommend the addition of a decent bipod and optic for effectively using this airsoft gun on the field.

Unfortunately, we did have an issue inserting magazines into the airsoft rifle. We were expecting to hear a definitive “click” or insertion but it takes a bit of wiggling the magazine around to get it to lock in fully. Ejecting the magazine wasn’t a problem, though, and the magazine ejection lever works like a charm.

Overall, the G&G GR14 EBR is an exceptional airsoft battle rifle that would fit a sniper or DMR role with no problems whatsoever. We are happy to award it a solid 5 out of 5 stars for its rugged construction and keen attention to detail when compared to the real steel firearm. 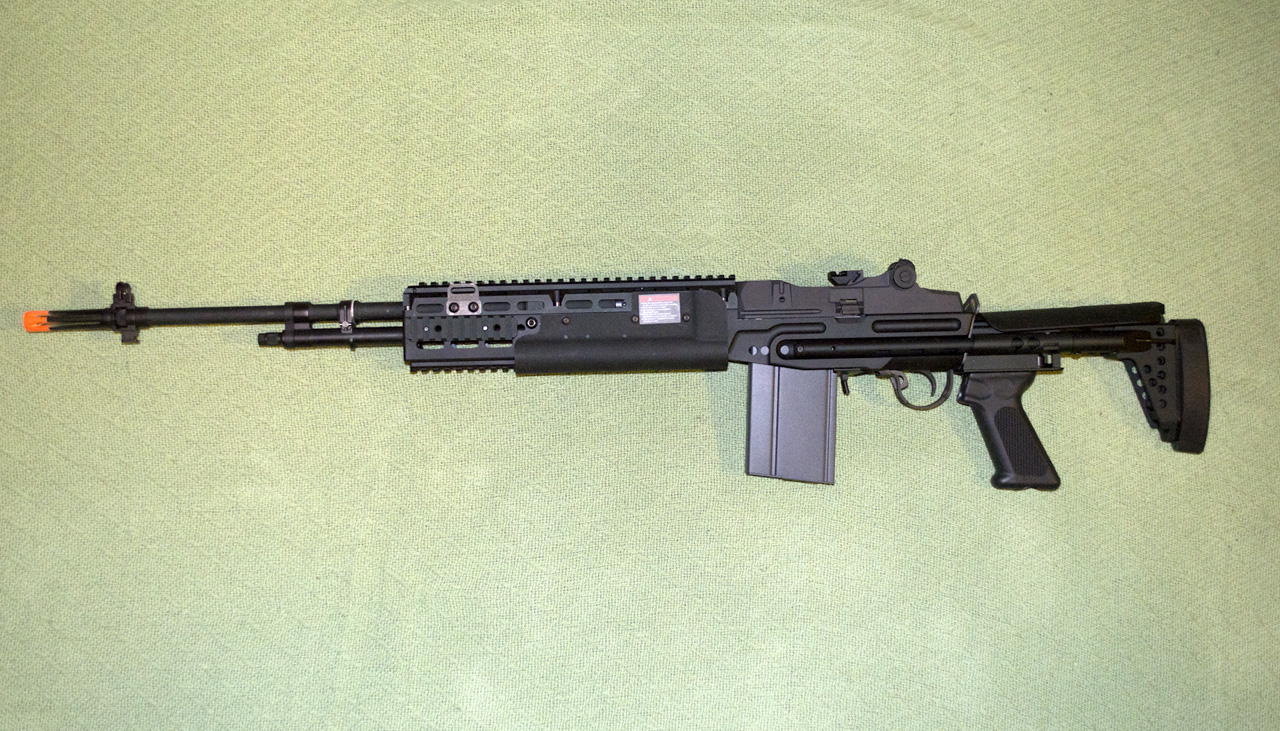 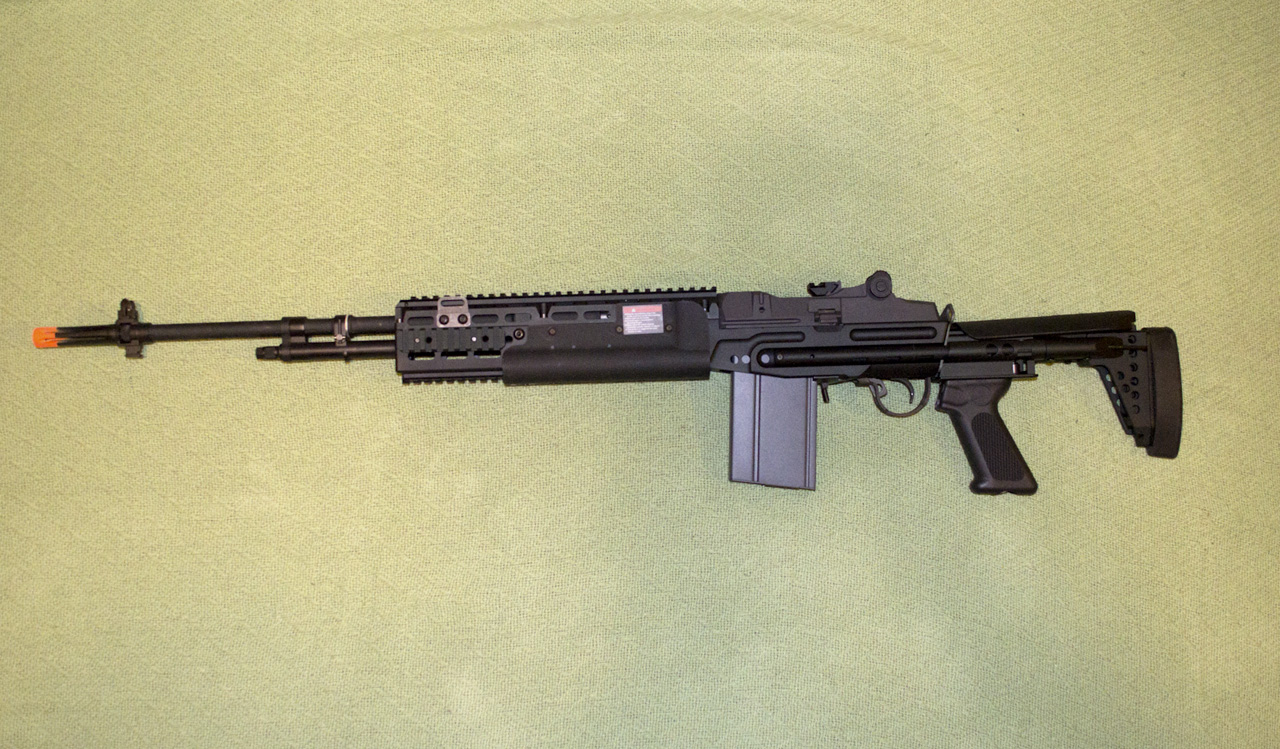 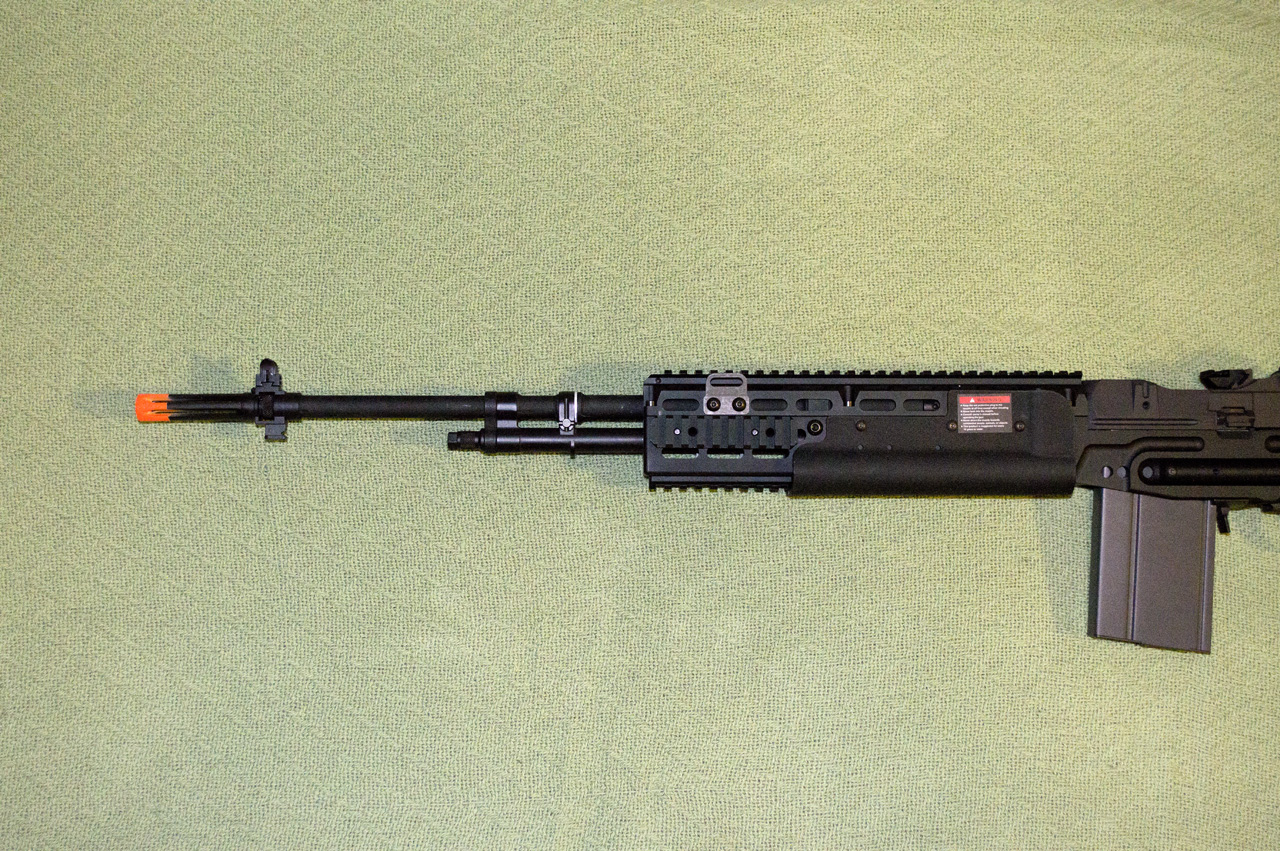 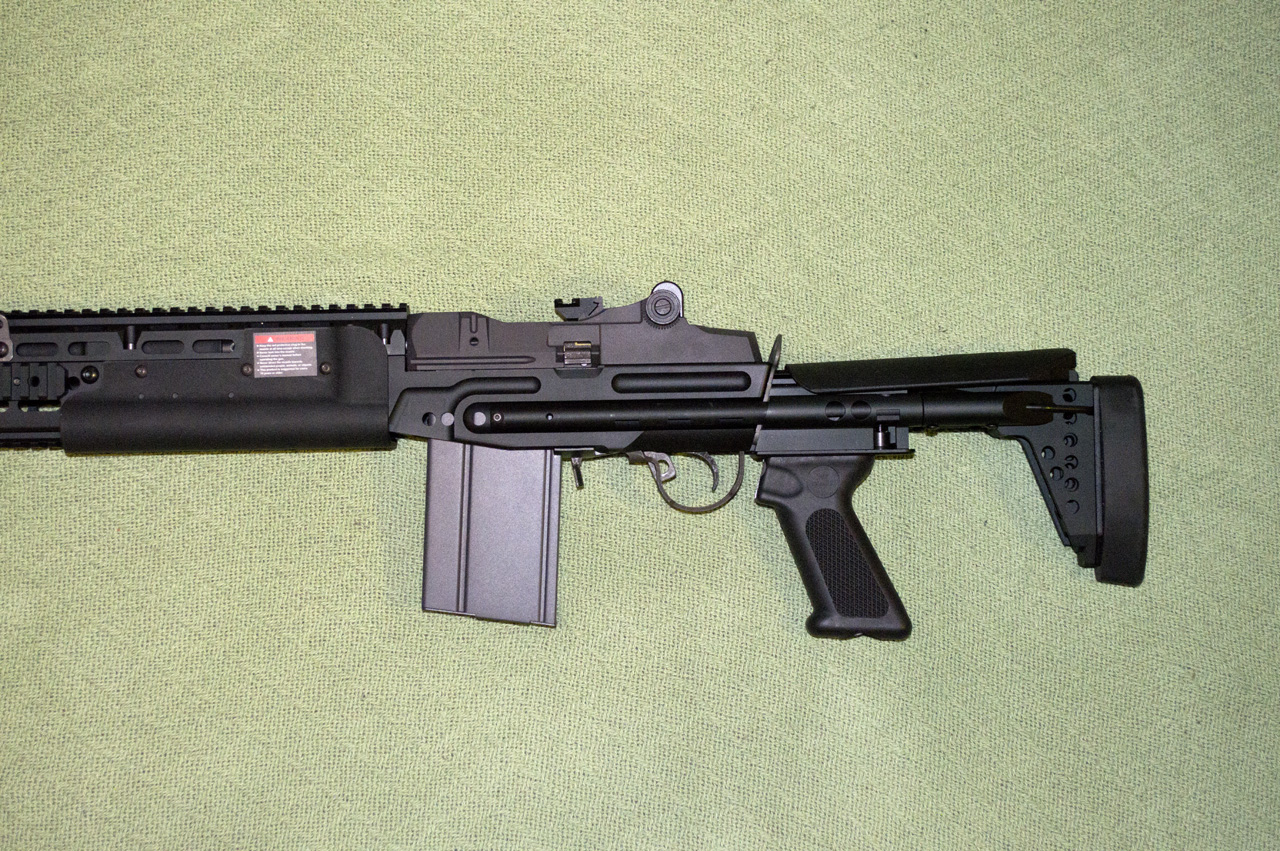 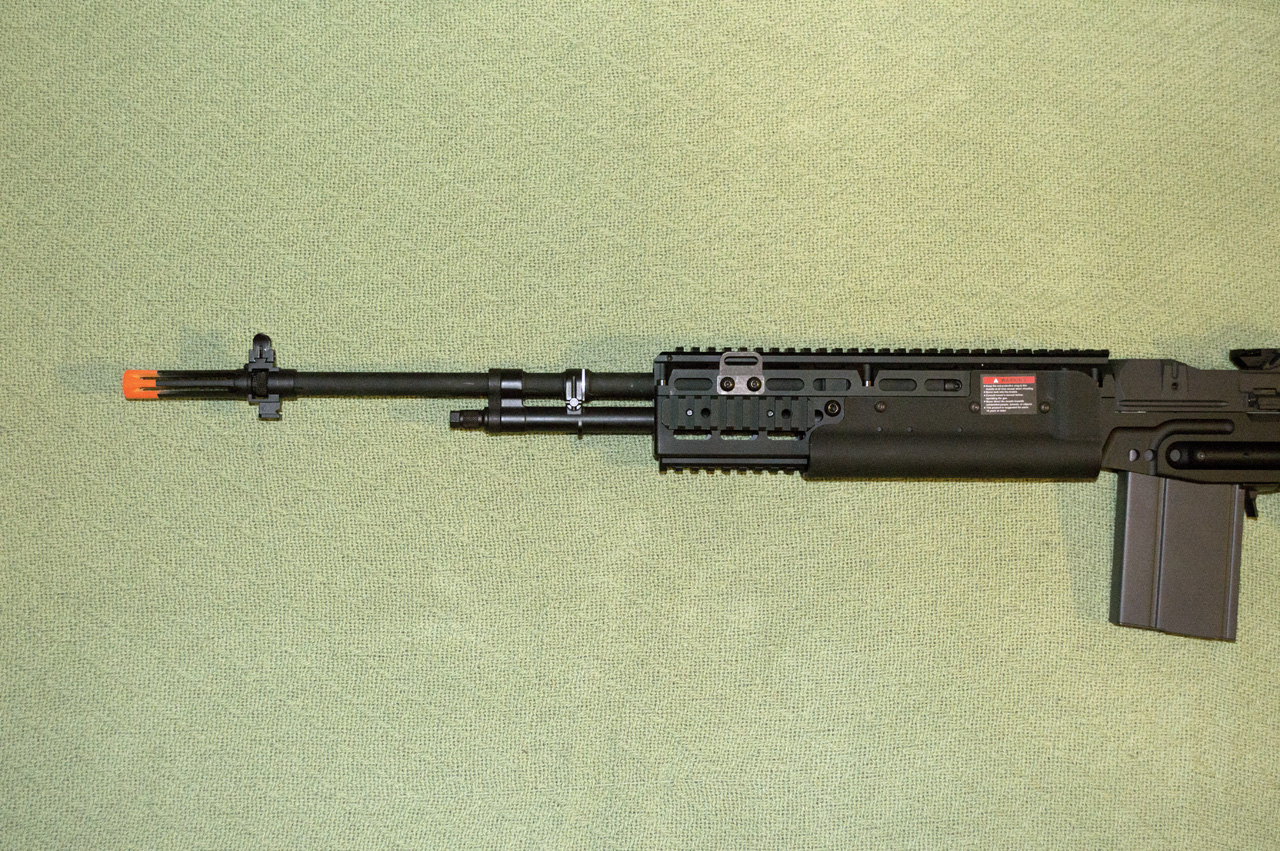 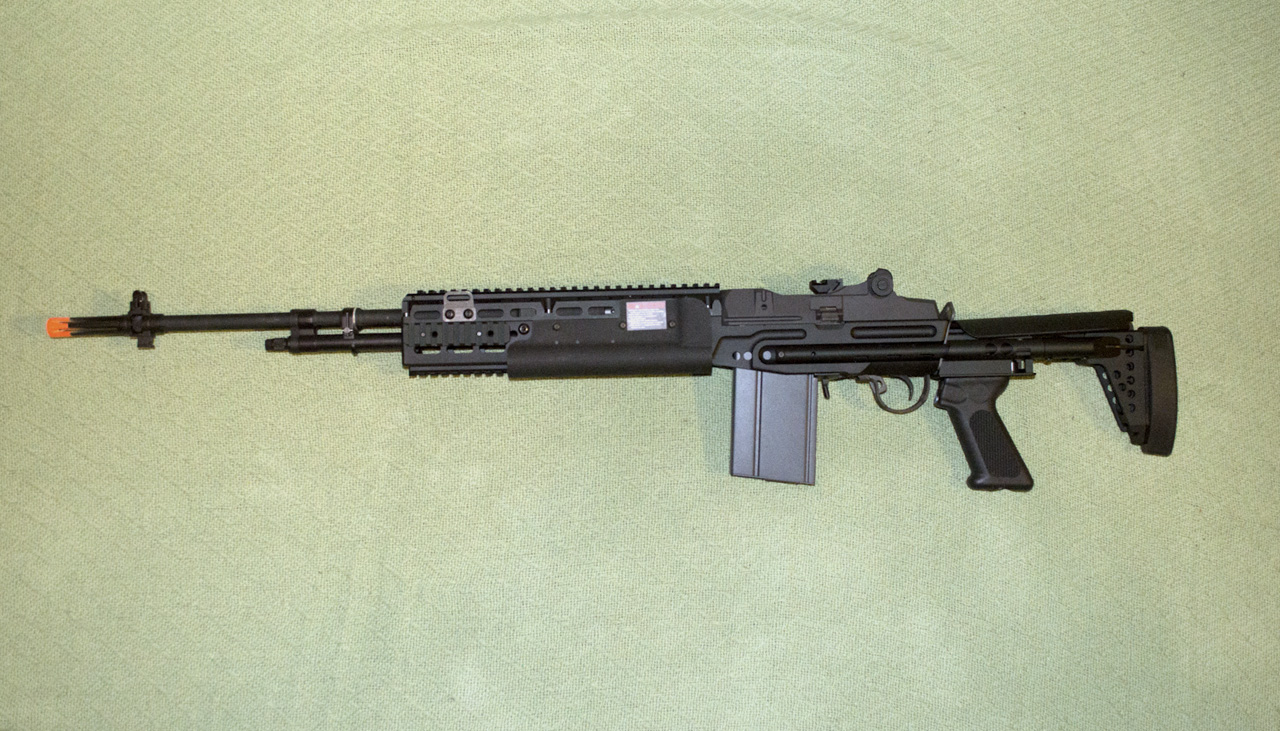 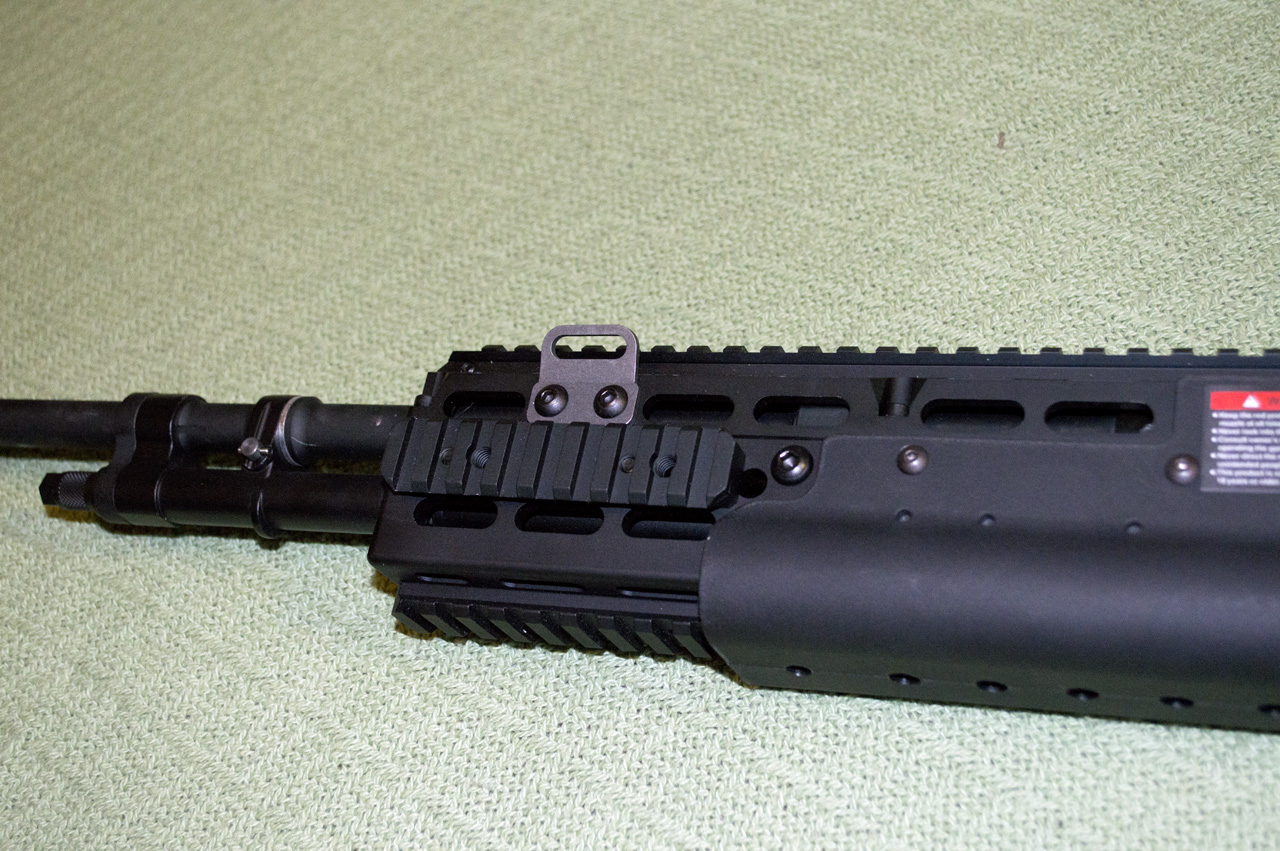 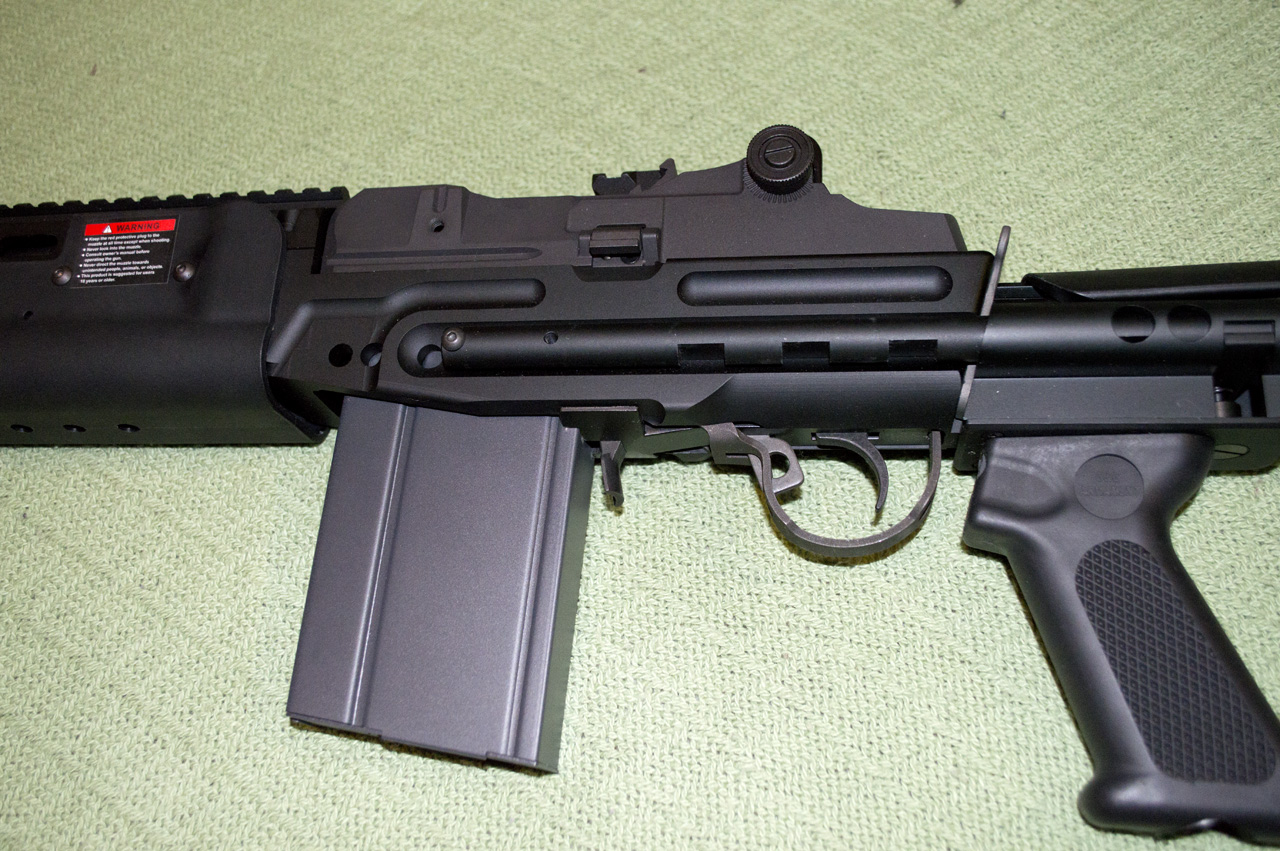 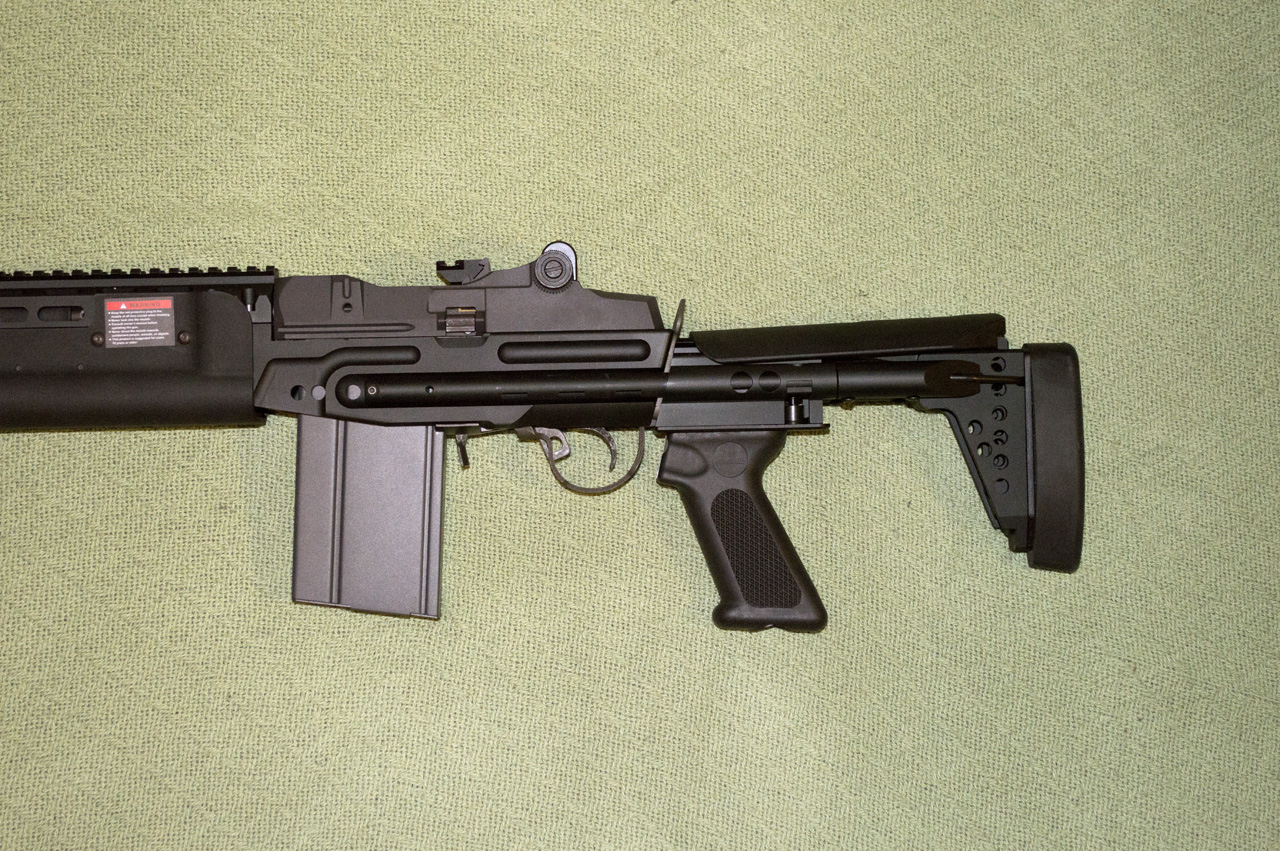