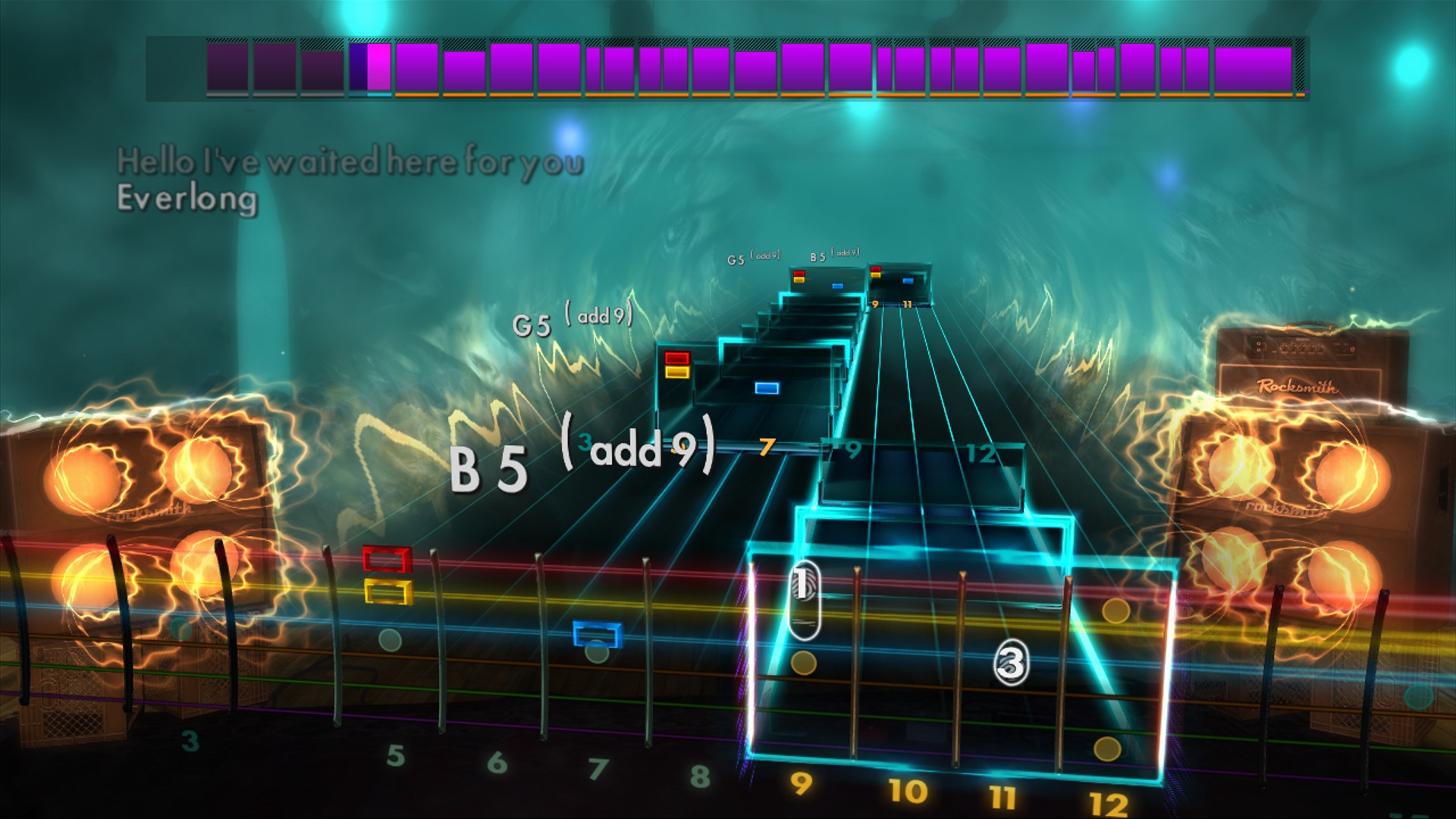 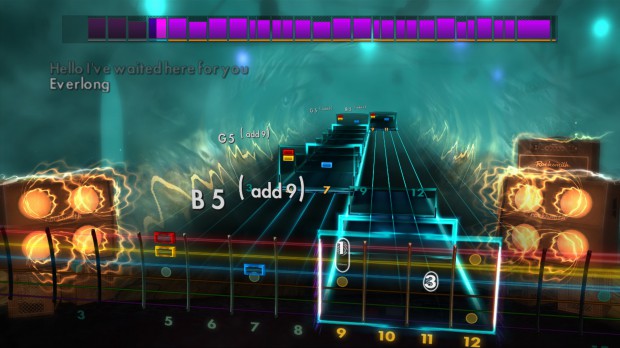 Ubisoft was awesome enough to send me over a code to review their new guitar game, Rocksmith 2014, on the PC platform. Being that I have been teaching myself to play guitar for the last year or so, I jumped at the chance to evaluate it. First thing to realize is that this is not really a game. Sure, it loosely follows the Guitar Hero formula, but Rocksmith 2014 is much more geared at teaching people to actually play the guitar instead of hit multicolored buttons on a fake fret board.

You don’t actually play Rocksmith 2014 through Steam. Steam actually loads up Ubisoft’s Uplay software suite first, which in turn loads the game. Ubisoft has been pushing Uplay for a while as EA has done with Origin and Valve with Steam. Personally, I don’t mind it, but it would be nice not to have multiple digital portal software like Uplay and Steam open at the same time. I am a bit of a performance Nazi when it comes to stuff like that – but, I digress.

Installing your guitar is as simply as plugging the RS14 cable into your electric guitar and then into your computer’s USB port. Once Windows recognizes and installs the driver for the cable, the game will pick it up right away. I had some issue when first trying to use my Epiphone Dot Studio acoustic-electric with the game but found out that it was actually caused by a bad cable – not Rocksmith 2014. 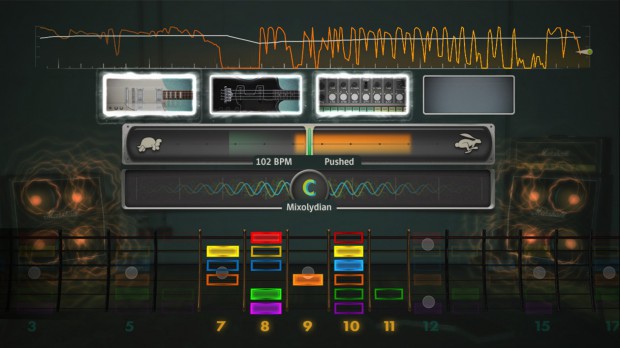 Rocksmith 2014 has added additional skills mini-games to its “Guitarcade” mix, with games that have you controlling space ships, racing cars, and shooting armies of the undead by playing chords and notes. It makes for a very entertaining way to bone up on playing particular chords as well just learning them in general.

The overall presentation of the game’s user experience has been accelerated light years beyond what was in the original Rocksmith, with tons of ways to move about from the various options and modes available to the player. In addition, the game is very good at showing in-window video to prepare you for a specific task – such as tuning your guitar for a particular song. The whole thing simply feels effortless, and makes it easy to keep your guitar steadied with your non-mouse holding hand while you navigate.

Something that those of you with the previous Rocksmith should know is that the 2014 version doesn’t automatically add your old songs to the new game. The option does exist, but you will have to pay $10 dollars to do so. I don’t really mind this either, but I can understand that some would – especially with Rocksmith 2014’s $60 dollar price point. 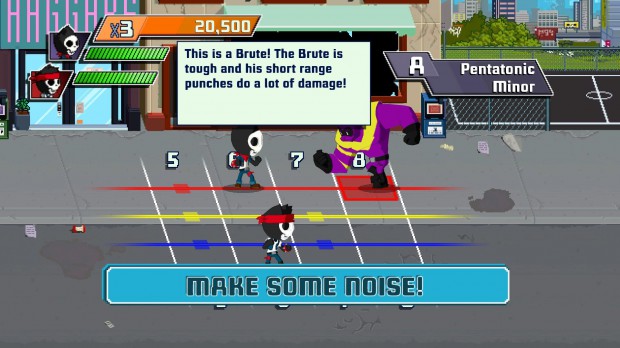 The “Session” mode has been making some serious waves and with good reason. Activating this mode in the game allows you to pick four backup instruments – essentially virtual bandmates, as well as tweaking the scale and tempo they play in. Then, those four virtual musicians will adapt to your play as your freestyle! The only drawback to this mode is that there is no recording option so that you can put down your own tracks.

Another really nice feature of Rocksmith 2014 is that the developers have licensed emulation of real world amplifiers into the game. While those of you that are already experienced guitarists might enjoy playing on an amp you don’t own or simply always wanted to play on – for more novice guitarists like myself, it simply means that when I strum the strings, it sounds very realistic coming through my headset which I use to play the game.

Overall, Rocksmith 2014 is an excellent tool for helping people in their journey to play the guitar. While not the ONLY aid you should rely on in your quest, Rocksmith 2014 provides ample tutorials and skill games as well as a great lineup of tracks to help you out. Rocksmith 2014 retails for $59.99 and is available now on Steam and Uplay for the Windows PC platform. 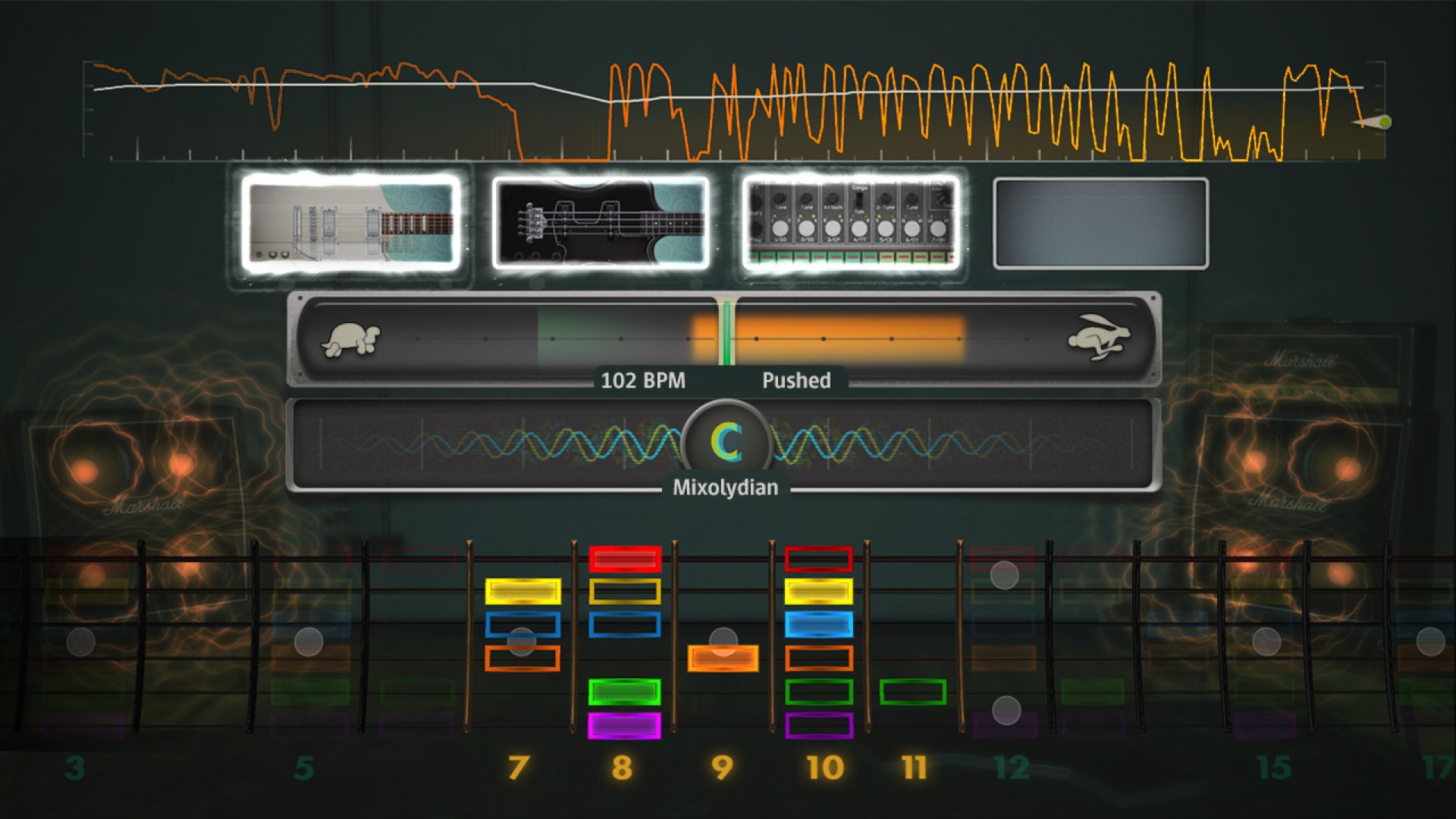 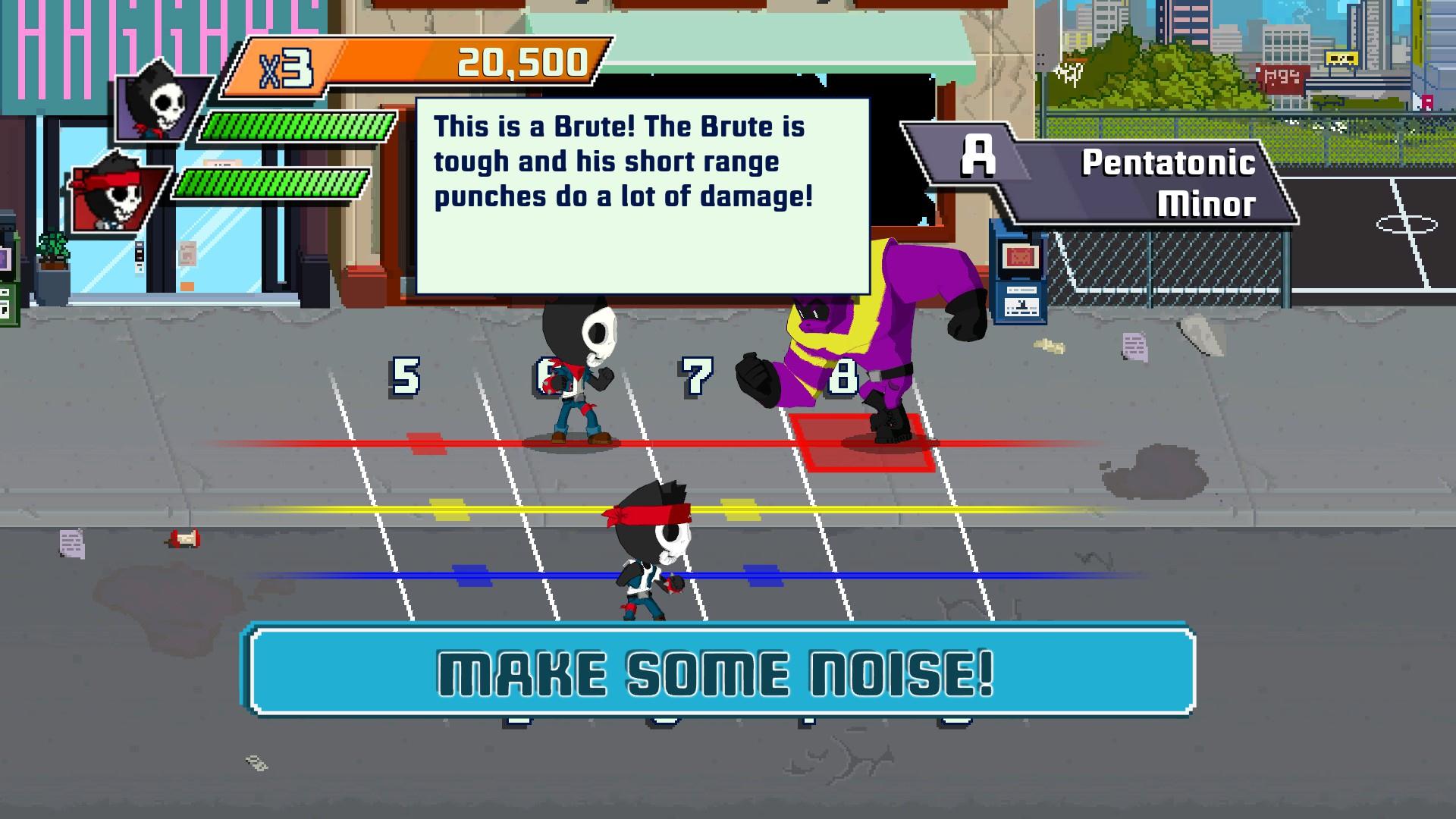 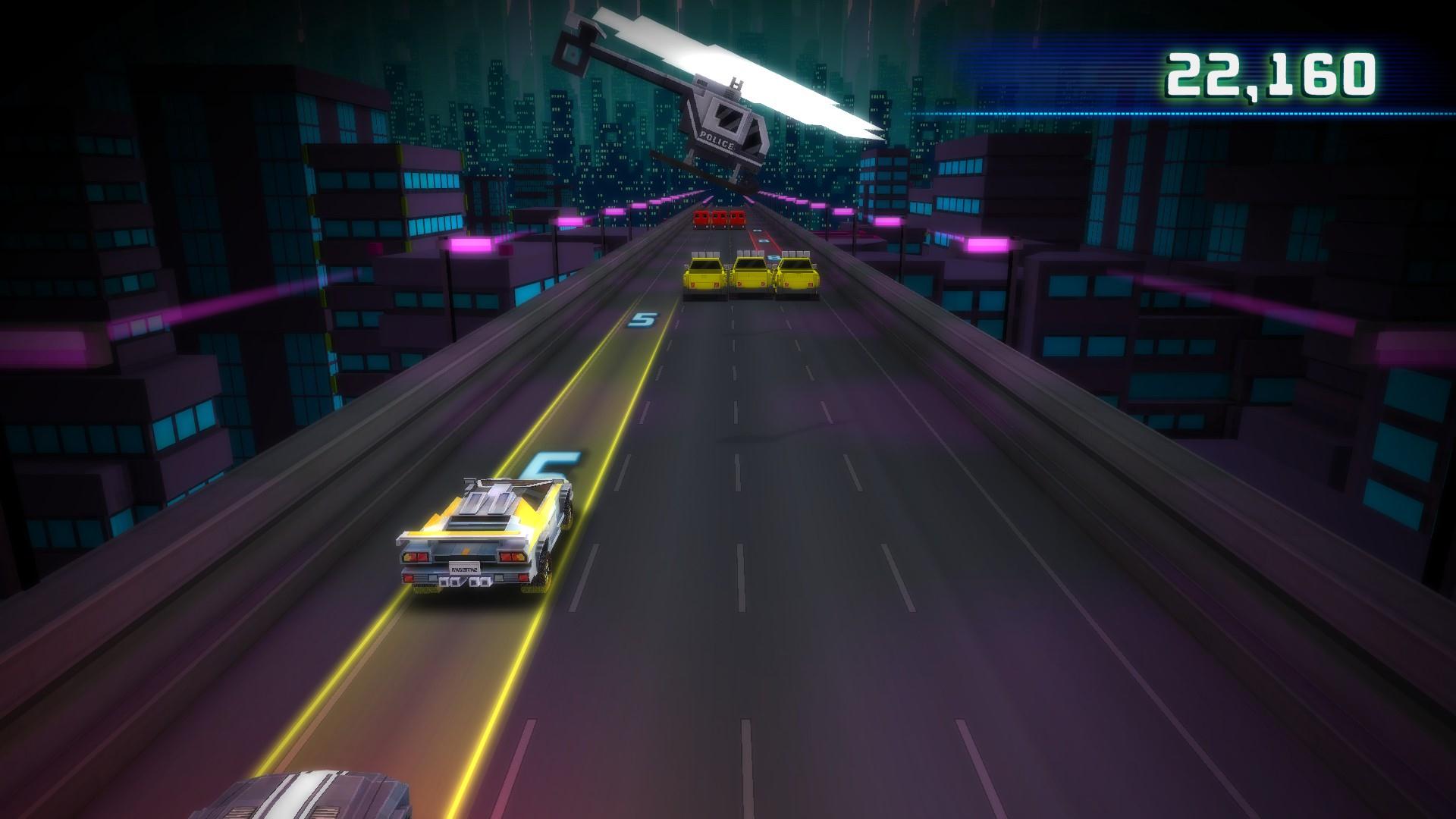