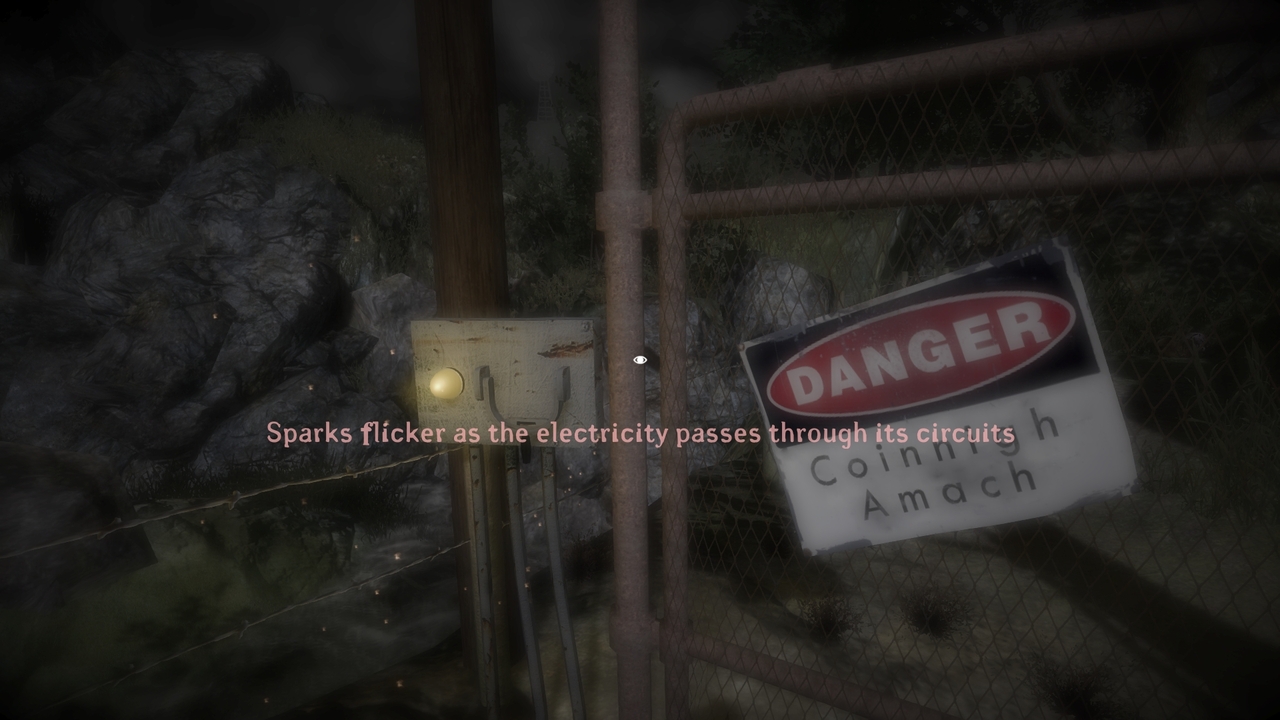 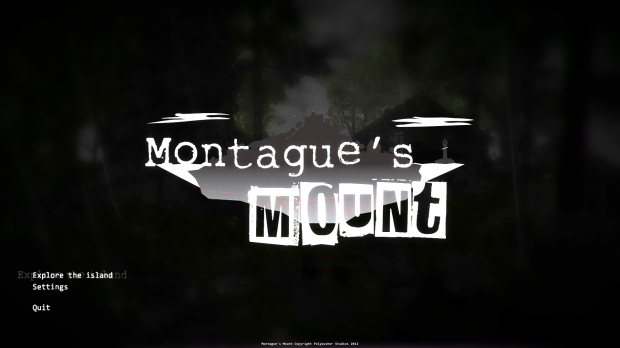 I enjoy survival horror year-round, but I particularly enjoy it during October so that is sets that haunting Halloween mood which is sometimes hard to develop in the high desert.  So when a Steam Greenlight project called Montague’s Mount came along I was more than happy to take a dreary trip through a puzzling island in this beta preview.

Based on a true story, Montague’s Mount is a first-person psychological rollercoaster ride through isolation, desolation and one man’s tortured mind.

The mixture of cold Atlantic water and coarse sand in your mouth brings you back from unconsciousness. Surrounded by the wreckage of a boat’s hull, you can only draw one conclusion: your vessel has been torn apart by the submerged rocks. The secrets of the island must be uncovered if you are ever going to find a way to escape. Where is everyone; is the island really uninhabited; what is lurking within the isolated caves; and what is that building on top of Montague’s Mount?  Can you handle the truth?  A disturbing psychological thriller set in the bleakness of an abandoned island, combining exploration, puzzle-solving and a poignant storyline.

You have been warned. 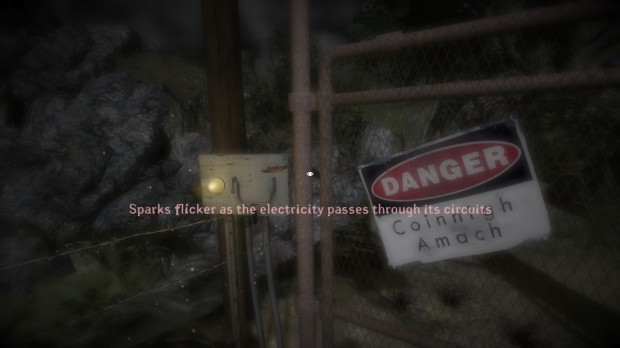 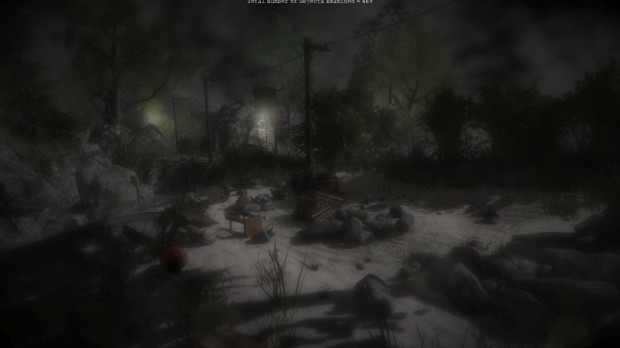 So if you noticed the screenshots in this preview seem a bit dark there is no need to adjust your screen.  The entire preview was this dark and dreary, the main sounds being the crashing of waves, cries of gulls and the monotonous sound of a fog horn.  Most things you come up have been savaged by the elements… or something else.  Sure the weather made the luggage soggy and moldy looking but that doesn’t explain the corpses littering the island paths or the uneasy watched feeling you occasionally get.  The constant rain certainly didn’t kill the couple who died holding hands in the shack or the fella hung high from a tree.  But dead men don’t let you know what’s up so you are left with puzzling together machinery, gears and levers to make your way from one dark almost colorless part of the island to another.

The puzzles are well done, one stumped me for a while and I’m sure I wasn’t alone on that.  Others were more like a big scavenger hunt wondering if whatever was watching you might make itself known.  The controls are fairly standard first person stuff as is the perspective, the challenge is not in moving but in how to get to the next place.  Without giving too much away or saying anything that may be changed after beta (any content is subject to change before release) I can say I lost track of time in the land and was surprised how late it was when the preview ended, for a beta preview it was pretty long and immersive even if my head welcomes the end of the fog horn, it gets a little crazy in 5.1 surround. 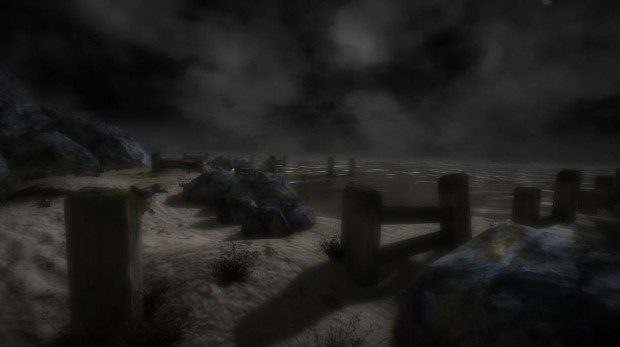 This was only the first taste of Montague’s Mount and I am really excited about the eminent release of the game.  It is finished and will be releasing to non-Steam stores this month though I REALLY hope Steam picks it up, it is a terrific game in the spirit of Amnesia or Dear Esther with it’s great take on the dark and empty island filled with wreckage, corpses and more than a few puzzles.  I can’t wait to get my hands on the full version pf Montague’s Mount and find out what happens next.  My biggest wish is that I had an Oculus Rift to get even further immersed.