Anyone who has ever looked into competitive gaming equipment has heard of Mad Catz, their tournament arcade sticks, surround sound gaming headsets and particularly their Guinness World Record holding R.A.T. mouse series are all sought after by the serious player and their S.T.R.I.K.E. keyboard line is no different.  The S.T.R.I.K.E. 7 is the flagship of this line, featuring just about every bell and whistle that could be attached to a keyboard and is the dream of many gamers.  If the S.T.R.I.K.E. 7 is beyond your means or you just prefer a straight forward reliable gaming keyboard then the S.T.R.I.K.E. 3 is the keyboard for you affordability without giving up the gaming edge. 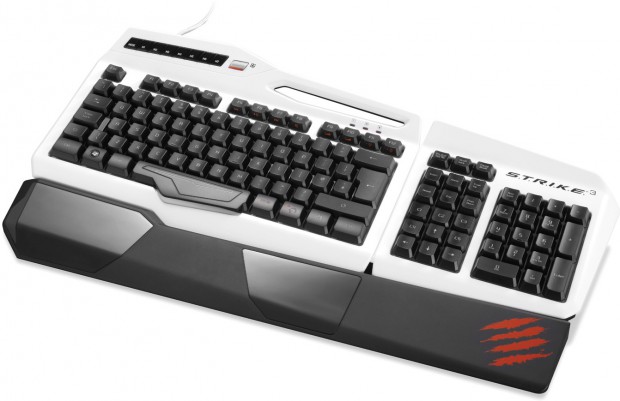 Description:
The Mad Catz S.T.R.I.K.E.3 Gaming Keyboard is an ideal entry into the world of competitive gaming. Whether your game of choice is an FPS, RPG, MMO, RTS, MOBA or any other genre, precise key response, customizable backlighting, and programmable macro keys all help give you an advantage over the competition. When used in conjunction with a member of Mad Catz’ lineup of award-winning R.A.T. gaming mice, you’ll have all the inputs you need to play at your very best. 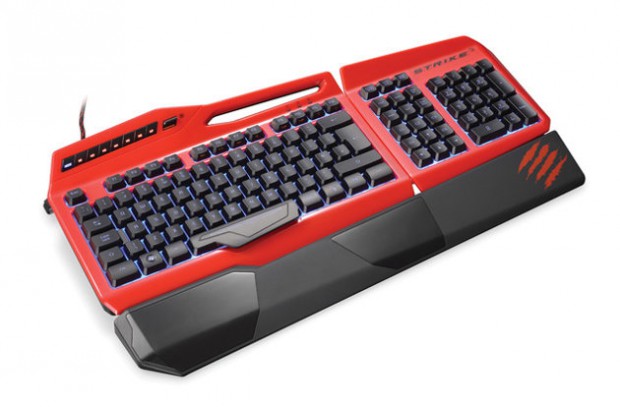 Game On:
The S.T.R.I.K.E. 3 doesn’t require a learning curve to get started and doesn’t take long to master.  This is the S.T.R.I.K.E. keyboard stripped down to it’s core with a dozen macro buttons and a conveniently located set of quick keys this keyboard looks on the surface fairly standard which makes the new gamer feel at home quicker.

The real strength and difference of the S.T.R.I.K.E. 3 is in the inside where you hopefully will never have to look.  Besides having 16 million option RGB backlighting this series uses a custom engineered P.U.L.S.E. feedback system which is a membrane precise tactile feedback and five times the durability.  If that doesn’t mean anything to you simply put it is really a tough keyboard without losing any touch sensitivity when hitting keys.  The keyboard actually has a system built in to make it even more sensitive to key touches to help reduce muscle fatigue.

One of my personal favorite aspects is the ability to turn off the Windows key easily.  I can’t count how many times I have gone to crouch using ctrl only to bump the Windows key and leave the game.  I usually come back to the game to find a “you are dead” screen and unleash a torrent of curses at the simple little button.  Apparently I was not alone since Mad Catz fixed that issue for me.  Thanks! 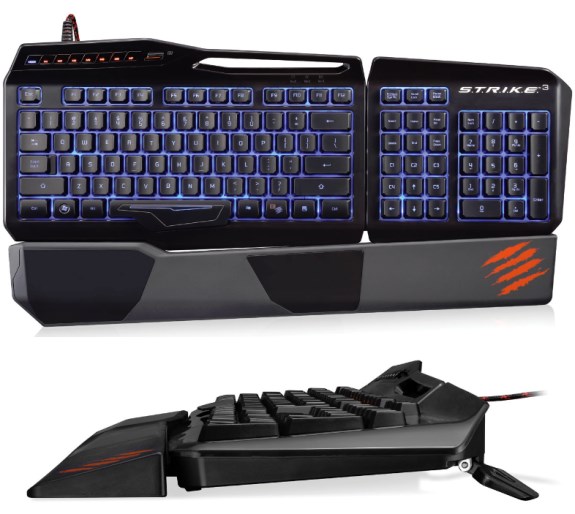 Last Call:
There are keyboards in the S.T.R.I.K.E. series that can do some amazing things and control multiple programs at once and if you can afford them and have experience at multitasking I highly recommend them.  If you just want a very solid and dependable keyboard that will have a long life of quality service at an entry level price the S.T.R.I.K.E. 3 is the keyboard for you, it won’t let you down.