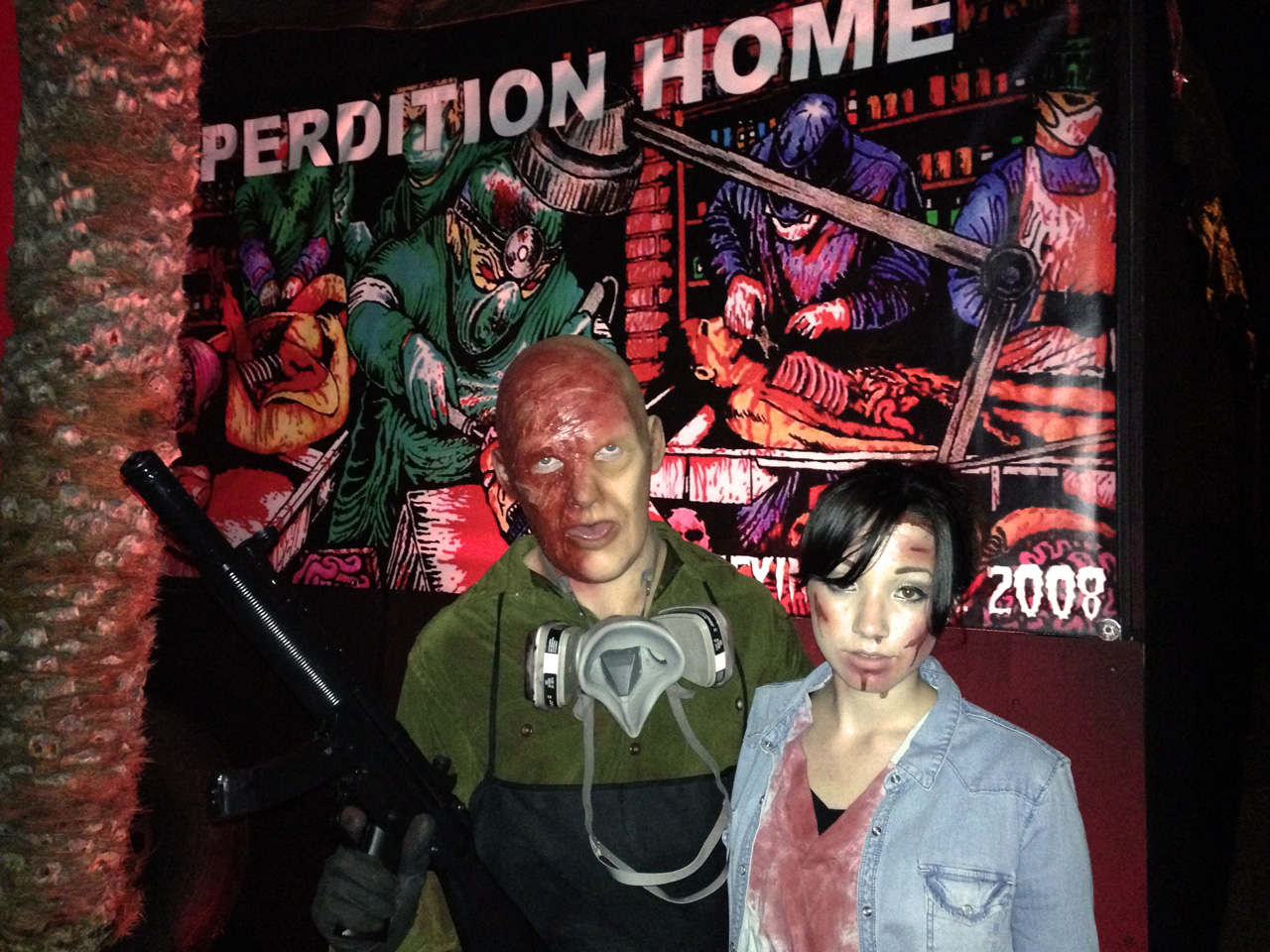 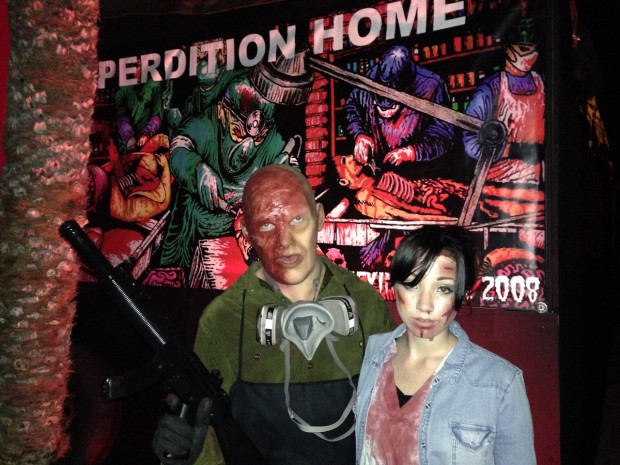 We got the chance to visit a terrific ‘home haunt’ in Yorba Linda, CA called “Perdition Home”. Resting in a seemingly peaceful neighborhood, Perdition Home welcomes guests to its doors with thumping metal beats. At first glance, the home haunt resembles a giant plywood shoe box built in the front yard of a house. I recall seeing other home haunts which simply used the natural curve and sidewalk in the front yard and was instantly impressed with this structure. It really does look like a pro haunted house and I couldn’t wait to get inside and check it out.

Inside the structure, we were treated to some really clever scares and set design that I would never have believed was built by two kids unless I saw it for myself. The quarters are a bit cramped but that works to the home haunt’s advantage. Maze talent is able to work several areas from their positions – which essentially acts as a force multiplier for the monsters. Even the soundtrack was a perfect fit for the claustrophobic and scary scenes we walked past. Going even further, Perdition utilizes some monsters who are of the “slider” variety – that is, monsters wearing special padding that allows them to run and slide across the ground at guests.

Overall, I highly recommend you get over to Yorba Linda and check out the Perdition Home. It is well worth your time and a great home haunt. Like most home haunts, Perdition is free to enter, but donations are accepted.