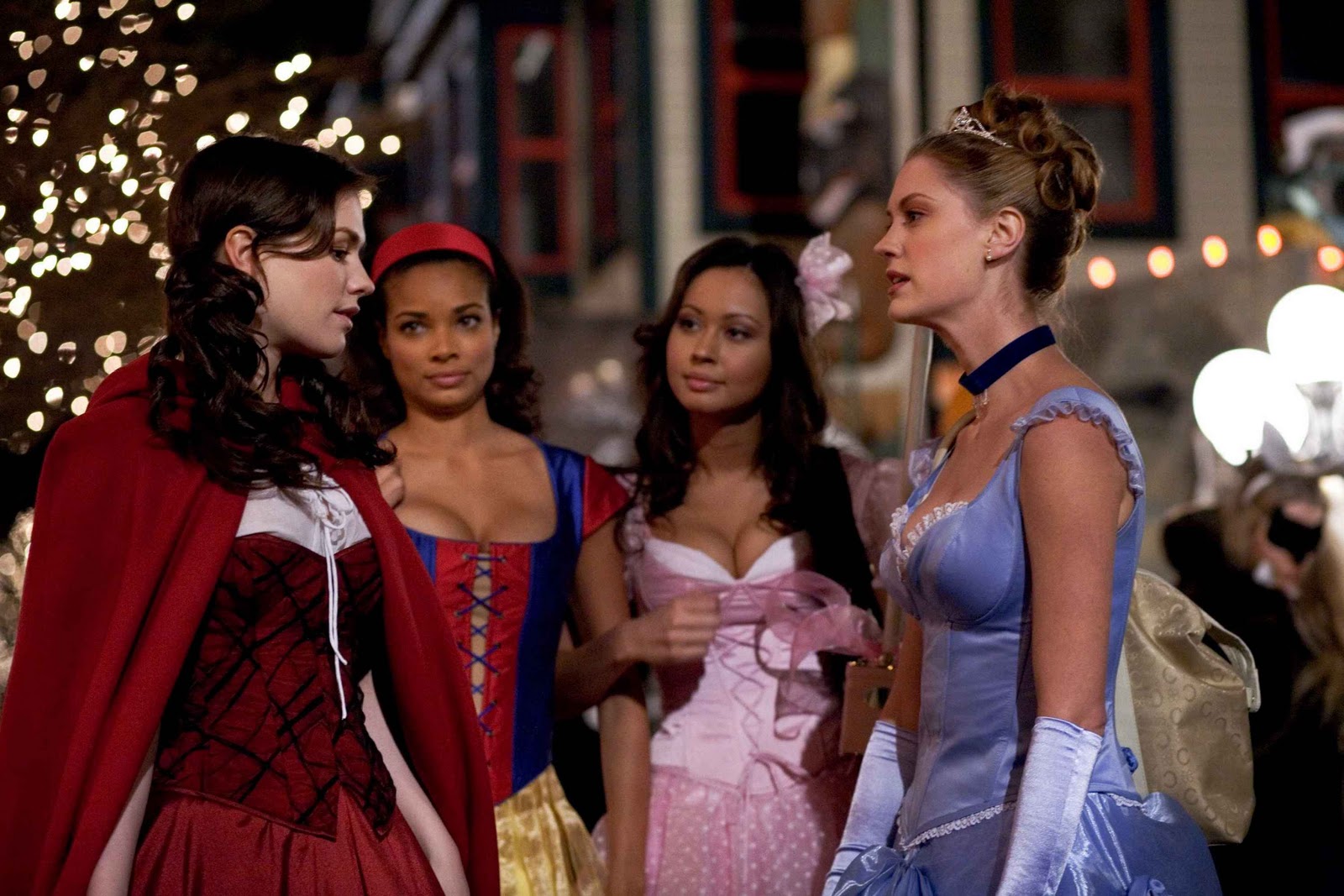 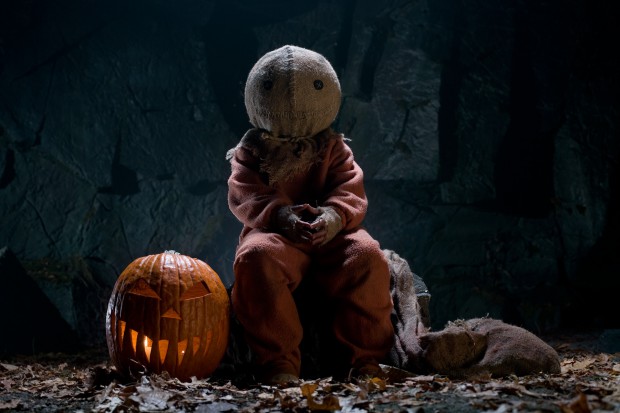 Legendary Entertainment has announced a special screening of Trick ‘r Treat at the Egyptian Theater in Los Angeles on October 28th. If you can’t make it to that screening, the whole thing – both movie and a short Q&A, will be live-streamed across Facebook on Legendary Entertainment’s profile page. In preparation for this event, we wanted to interview Quinn Lord, who played “Sam” and “Peeping Tommy” in the now-seminal Halloween cult film.

Q) Could you tell us how you came to be involved with Trick R Treat?

I auditioned like anyone else but one thing that I think was different that might have been the reason that i got the part of “Sam” was that at the end of my audition. I thought I had the character completely down and so I asked Michael Dougherty if he wanted to see what I thought “Sam” would do if he saw a cat on the side of the road and he said sure. I then proceeded to walk over to the cat, gently pat it on the head, and said “nice kitty” in a creepy voice, and then yanked it up by the tail and then carried it away in the bag. I think it was because of that that when I [in the film] was at Dylan Baker’s house in the movie, that when I go back down the stairs you hear this noise in the bag that sounds like a muffled cat hitting the stairs.

Q) A lot of actors have played holiday icons like Santa Claus, etc. Few have actually helped give birth to a whole new one. How does that make you feel to know that you had a big part in bringing that character to life?

Its just like – it’s unbelievable actually. For me to actually be seen as that kind of figure or icon or whatever you want to call it – it’s really – I’m just speechless. I mean, I just enjoy that I actually got to do something that all these fans revere so much. That all of these people are so attached to this movie that they find this character is the absolute icon of Halloween and I’m like, just, wow! I did that when I was 7 – that’s over ha’f my lifetime ago. For it to have such a large cult following for this long and is truly amazing. It was so easy and fun to perform that I didn’t think it would turn into this big of a deal – I don’t think anyone expects something to become this much bigger than you originally thought of. 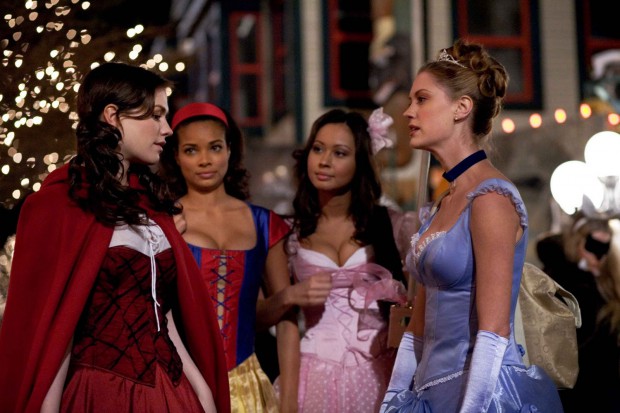 Q) If they did a sequel, would you be able to play Sam again with being taller now? If not Sam, would you like to return as a grown up version of Peeping Tommy, the human child you played?

That would be an awesome homage and i would definitely – totally be a part of a sequel. Not sure I would be able to play Sam again because I am double the height I was (laughs). But that would be a good homage if I could play the older “Peeping Tommy”. I would totally do it.

Q) How was it wearing that costume while filming? How did you see out of it – was the material transparent or did you have eye holes on the hood?

Actually, before the film started shooting, they cast my entire head to get the shape and size, etc. Based off of that, they made a kind of bubble – hollow ball shape that they fit over my head and cut out a oval bean-shaped slit for my eyes to see out of. They asked what would happen if I had to do some running and then they cut another slit for my mouth so I could breathe. It actually became a second place for me to look out of! Also, i think that the head cast really played a part in making the prosthetic appliance with animatronics in the face. I thought it was so cool when I first saw it. I think remember actually getting to control little parts of the face after I first tried it on.

Q) So you were wearing the prosthetic as Sam without the hood – that wasn’t a second unit actor or puppet, etc?

I had a stunt double and two photo doubles. The only stunts that weren’t me was the part where “Sam” jumps on “Krieg” from the ceiling after crawling along it – also the subsequent smashing into the glass. Oh yeah, the other sequence that isn’t me is when “Sam” is biting the leg of “Krieg” – that “Sam” is not me (laughs).

Q) When did you realize the film had such a cult following?

I heard about the cult following maybe a year and a half after the movie came out. I was like, “cult following for what?” and they said “Trick ‘r Treat!” and I was just amazed that so many people “got” it. I actually saw a couple people get a Sam tattoo. I have an older brother in Alberta that was talking to me about how a couple friends wanted to watch the movie. He said I was in it and they were asking him what character I played. He told them and they said they had a tattoo of him!

Q) Did you keep any mementos from the film?

Not props or costumes, but I did get to keep the head cast of my face. It’s actually up in my room – I should put in on a stand or something. 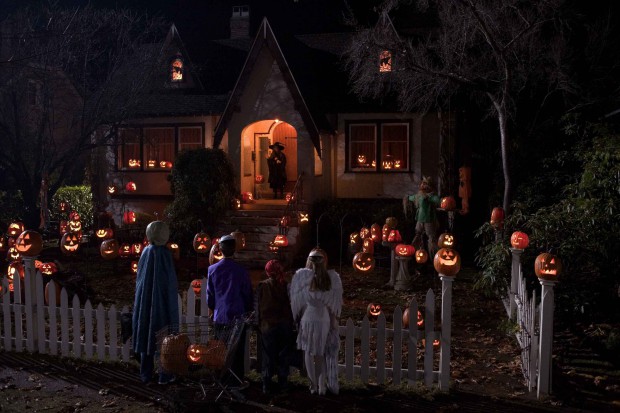 Q) Do you go to haunted houses,etc?

I would like to say I love haunted houses but I’m just not scared of anything basically because Trick ‘r Treat (laughs). You know, I got to see all the gore and how it was down. The first day on the set, Michael Dougherty waved me over and I saw the character of “Charlie” puking on the stairs. It might have been before that, but I just knew it was fake. But, haunted houses are kind of fun to go through to see what people do with all the effects stuff. We actually have “Fright Night” here in Vancouver that has multiple haunted houses and all these different things to do. I went to a haunted house recently and because they know I am not scared, they made me go around all the the corners first (laughs). I remember this one time they pushed me around the corner and then I saw this spider thing jump out at me and go down to where it was after shooing air my way. When I looked closer, the actor behind the spider had a leaf blower in one hand nd a chainsaw in the other. I was just shocked – it was clever!

Q) Do you personally break any of the Halloween night rules?

I’m not sure because what usually ends up happening is I g out and carve pumpkins and do the fun stuff and light them and put them on the porch. Then I go out and do something fun outside of the house. For a couple Halloweens in a row, it was raining here in Vancouver. It just had to rain on that day… Honestly, It’s actually still quite fun (laughs)!

I wanted to say thank you to Quinn Lord and Legendary Entertainment for making this interview possible! 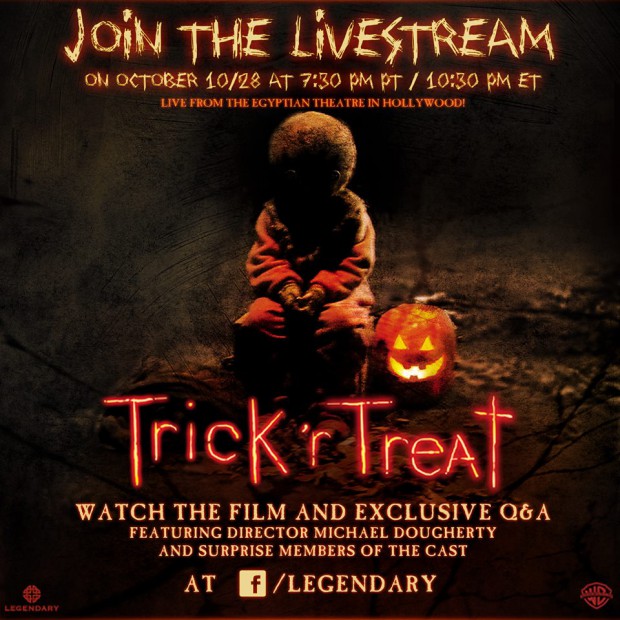