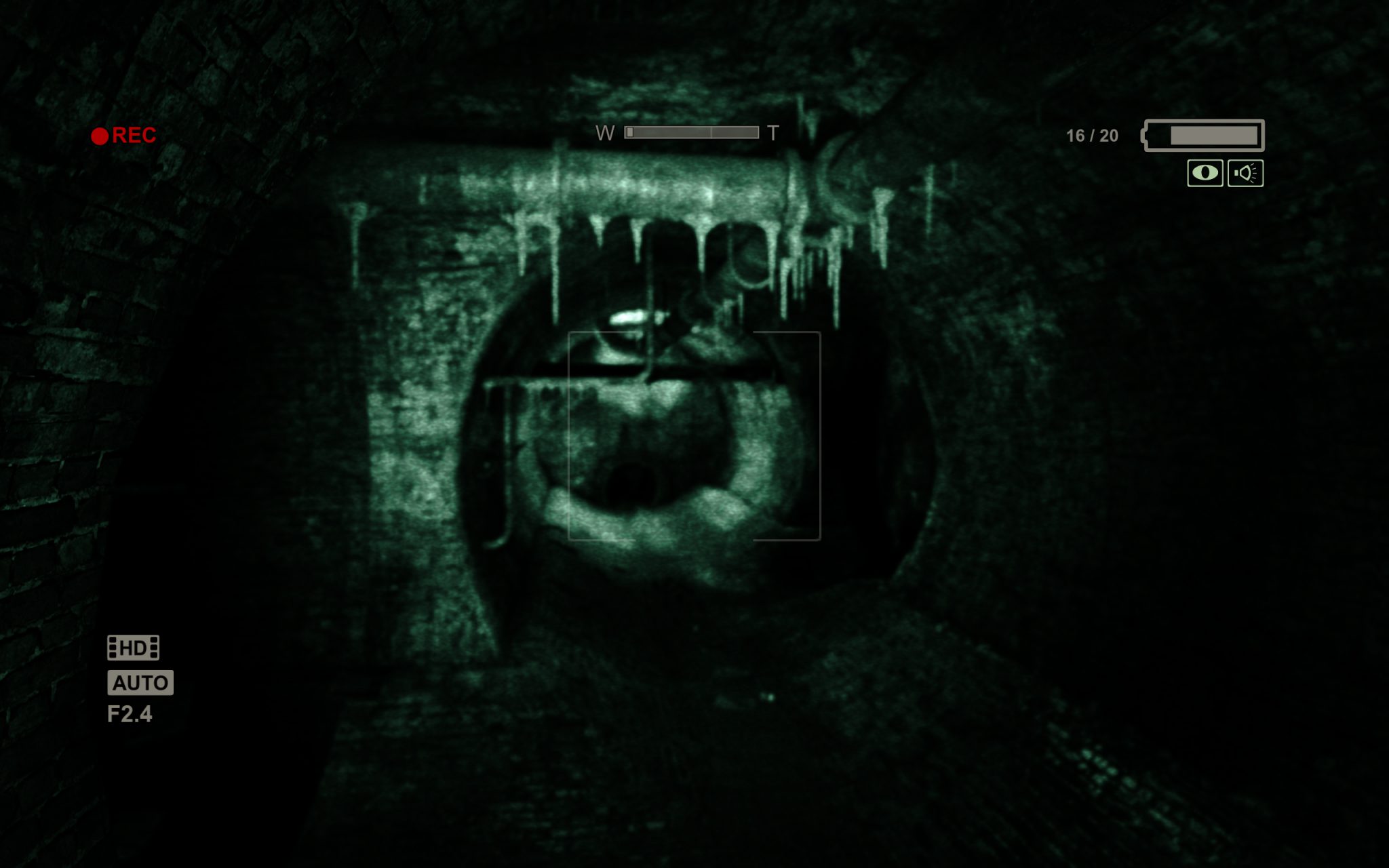 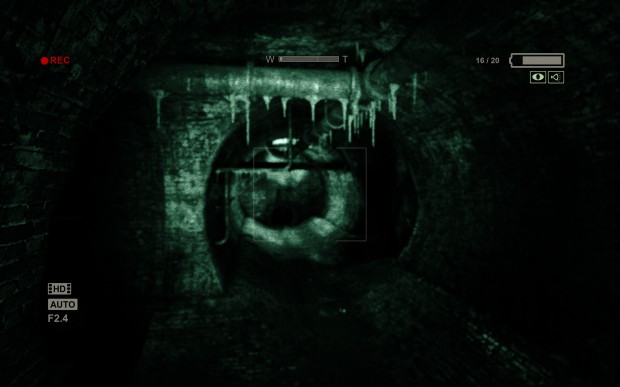 In my gaming history, I have experienced a lot of unnerving video games. From cautiously sneaking about the first level of Rebellion’s 1999 Aliens vs. Predator, dodging Pyramid Head in Silent Hill, fighting Necromorphs in Dead Space, worried if my companion was infected in 2002’s The Thing video game, and an uncountable array of others. After all that I have played, however, none can come close to the sheer helplessness and claustrophobic atmosphere of Red Barrels new horror title, Outlast. Outlast puts you in the role of a journalist investigating strange occurrences at the Mount Massive Asylum.

Sneaking about the corridors of the asylum is an experience of nerve-frazzling terror. Your character has no weapons of any kind – his only piece of equipment being his night vision camcorder. Your “ammo” for this piece of equipment are AA batteries that you find throughout the game. Run out of battery power and “you’re gonna have a bad time”. Movement in Outlast is surprisingly smooth – whether you character is vaulting over an upside down desk or ducking under a cot to hide from a deranged inmate, the control scheme is simple and effective.

Speaking of inmates, the asylum is now home to a multitude of deranged and disfigured inmates which, while many are in a solitary state of insanity, others will try to inflict harm on you. There are also, larger, darker threats to your well being which we shall not spoil in this review. 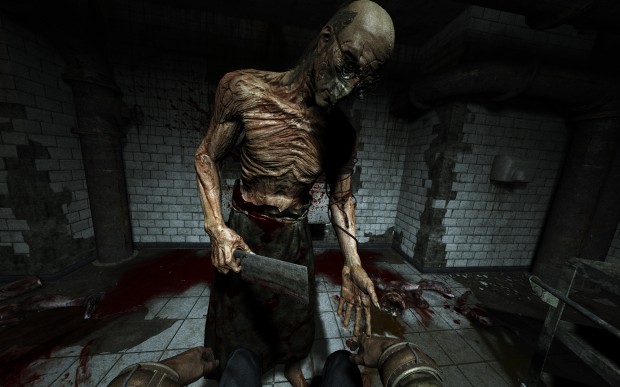 Where Outlast amps up its terror to stratospheric heights is in the overall atmosphere of the game. The levels are well-detailed, despite most being very dark, and all look like they are straight out of even Lovecraft’s worst nightmares. Additionally, the game makes great use of your character’s body. When you use Q and E to peek around corners, you can see your right or left hand on the door frame or wall. When you crouch down, you can see your legs and hand steadying yourself. This is also used to further the game’s horror-factor. Can’t say why, though, darn spoilers! 😉

Aside from its atmosphere, Outlast makes great use of visceral gore. This game is bloody as hell, end of story. Additionally, the audio design of Outlast is phenomenal. As you cower inside of a locker, praying that the “monster” inches from the vent holes doesn’t find you, your character whimpers and breathes heavily. It all adds up to an immersing horror experience worthy of praise.

Overall, Outlast is one of the scariest games you will play on your PC. I can only hope that Red Barrels has this one working on an Oculus VR dev kit! We are awarding Outlast a 5 out of 5 stars.