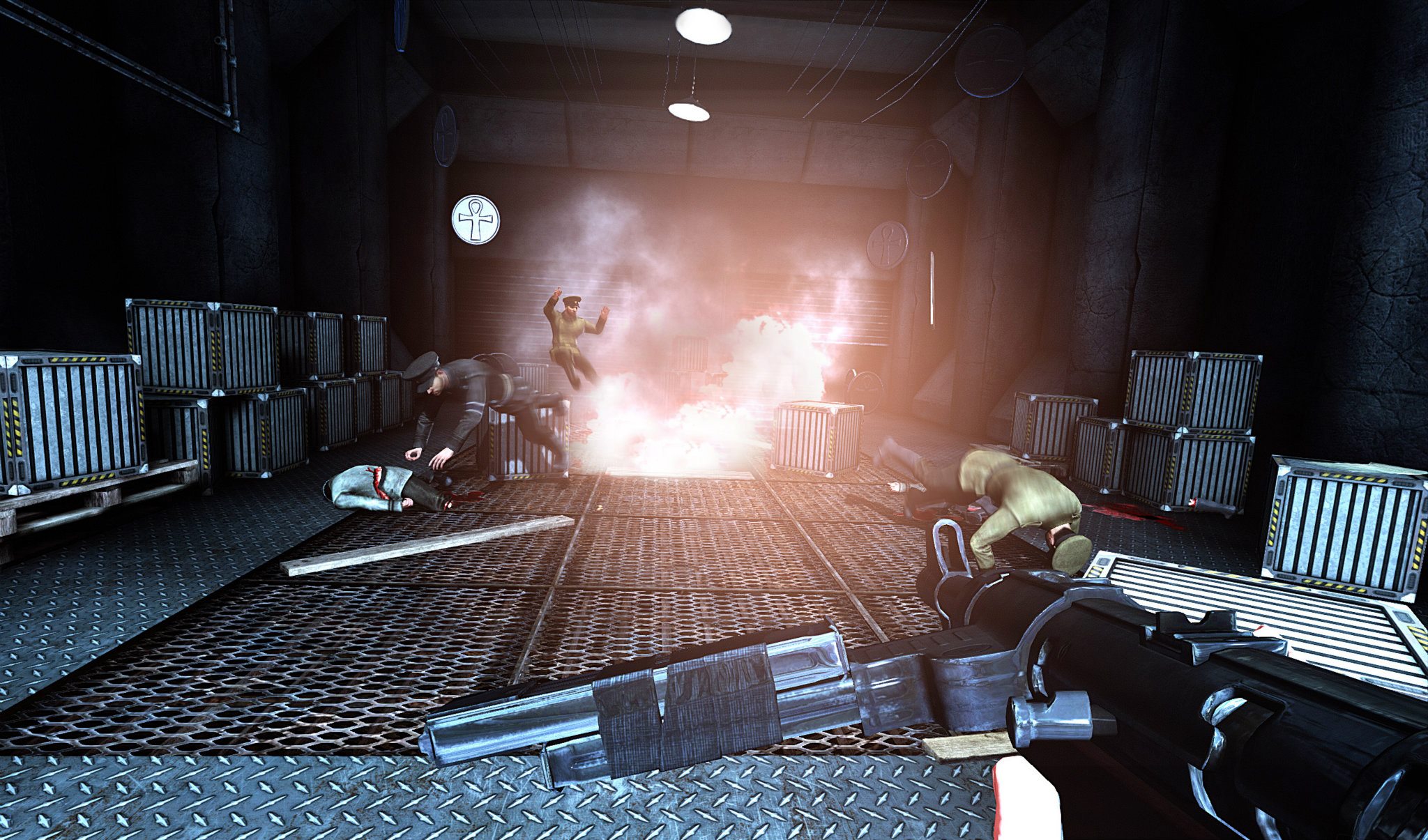 Rise of the Triad Review (PC/Steam) 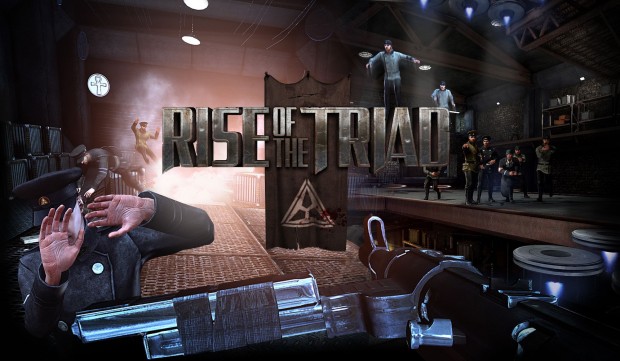 Many of our readers either aren’t old enough to remember the original Wolfenstein 3D (many weren’t even born yet), but it was huge. It made he biggest splash any game made at the time.  It is still considered the godfather of the modern first person shooter and it wasn’t long before the code was hacked and dozens of re-skinned versions with every imaginable subject matter flooded the market.  Apogee realized it should capitalize on its own success with a sequel and started working on Rise of the Triad: Wolfenstein 3D II. This project eventually got cancelled, rumored to make room in the market for DOOM.  The game did get released without the Wolfenstein name and the end product which was a solid game with Indiana Jones style traps.  Now, Apogee has brought it back for a whole new generation to appreciate. Enter, Rise of the Triad.

Description:
Apogee Software and Interceptor Entertainment proudly present the rebirth of the cult-classic first-person shooter, “Rise of the Triad” Bigger, better and more ludicrous than ever before. Powered by the industry-leading Unreal Engine 3 from Epic Games, “Rise of the Triad” includes a full single-player campaign, a fully featured multiplayer experience and so much more.

Features:
– Step into the shoes of the H.U.N.T. (High-Risk United Nations Taskforce) with five unique characters, each with different play styles.
– Blast through over 20 of levels of explosive single-player action.
– Unique multiplayer maps bring back all the fun and excitement of classic ROTT.
– The full arsenal of over-the top weapons is back, including the Flamewall, Firebomb, Split Missile, Drunk Missile and, of course, the Excalibat!
– The maniacal modes return, too, with God mode, Elasto mode, Mercury mode, Shrooms mode and everyone’s favorite, Dog mode!
– Build your own levels, mods and share them soon with Valve’s Steam Workshop
– Offline single-player and multiplayer allows for instant action.
– Find tons of secrets, collectables, special events and hidden areas to explore.
– Get more than 100 achievements to add to your score, which is tracked on our worldwide leaderboard and stat-tracking system.
– ROTT is bloodier and more ludicrous than ever, with full character and enemy dismemberment.
– The iconic original soundtrack has been completely re-forged in the fires of heavy metal!
– Nostalgia abounds with the option to play with all the original sounds and music.
– Built on fully-licensed Unreal Engine 3 technology, ROTT will run on low-end PCs and push high-end PCs to their limits 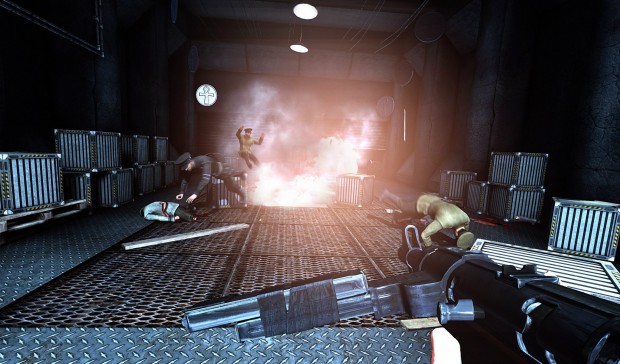 Hands On:
Rise of the Triad, or R.O.T.T. as it became more commonly known, had its own special way of punishing the run and gun player.  Getting enemies to come to you is generally a better plan in this game, where you might round a corner and see a dozen enemy gunning you down. Also, the game is loaded with traps! Some of these traps are fairly obvious – triggered by stepping on a discolored stone or section of ground.  Ceilings come down and crush you, pungi sticks stab you when you fall in hidden pits, and spikes stab down from the ceiling.  At the time, they were really creative concepts. Today, however, players desensitized by trap/horror games or even the Indiana Jones movies might not be so easily impressed.  Personally, I found it just as much fun and challenging as back in the day – some triggers open hidden chambers filled with coins or weapons while others trigger death.

On the subject of hidden weapons, this game rewards the explorers early with some very cool and over the top weapons.  You have the straight forward leftovers from the Wolfenstein 3D roots such as the Walther, MP40 and rocket launcher but then it adds its own such as heat-seeking missiles, fire wave grenade launchers, multiple missile launchers and more that I won’t spoil by mentioning here.  There are even shape shifting and mood altering drugs to really make things crazy.

Gore mode can be implemented in the game too, which makes it even more over the top as bodies blow into pieces and if you shoot a soldier in the leg enough their leg gets shot off and they bleed out.  Same with heads and arms, a well placed explosive will have you finding pieces of the same body all over a room.  Violence, gore, and language would be three reasons I wouldn’t recommend this for younger players though the gore can be turned off.

Since I was playing hard difficulty I noticed what might not be so noticeable on easy or medium settings, you can go a long ways between checkpoints.  As a result when you die you have to cover a lot of the same ground again and again because there is no way to know whether a trigger will help or hurt you until you hit it, so you could be just outside the exit of the level, hit a trigger, die and have to complete as much as half of the level again.  There were a few cases where I just wanted to finally finish the level and just stopped hitting triggers. 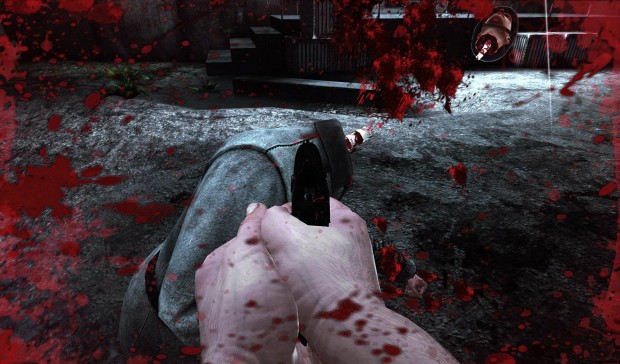 Last Call:
There will be naysayers who will point out that games and movies have desensitized players and so this game may not have the impact as it did back in the day.  It is still a solid play that holds up well over time and with the beautiful remastering is an absolute pleasure to dive back into.  I kept telling myself I would just play a little more and before I knew it the night was done and I was sore from sitting in one spot too long.  R.O.T.T. is a nostalgic trip for those old enough to remember playing it at release and is a solid example of what they missed when first person shooters were defined.
[easyreview title=”Rise Of The Triad Review Score” cat1title=”Overall Score (out of 5)” cat1detail=”” cat1rating=”4″ ]