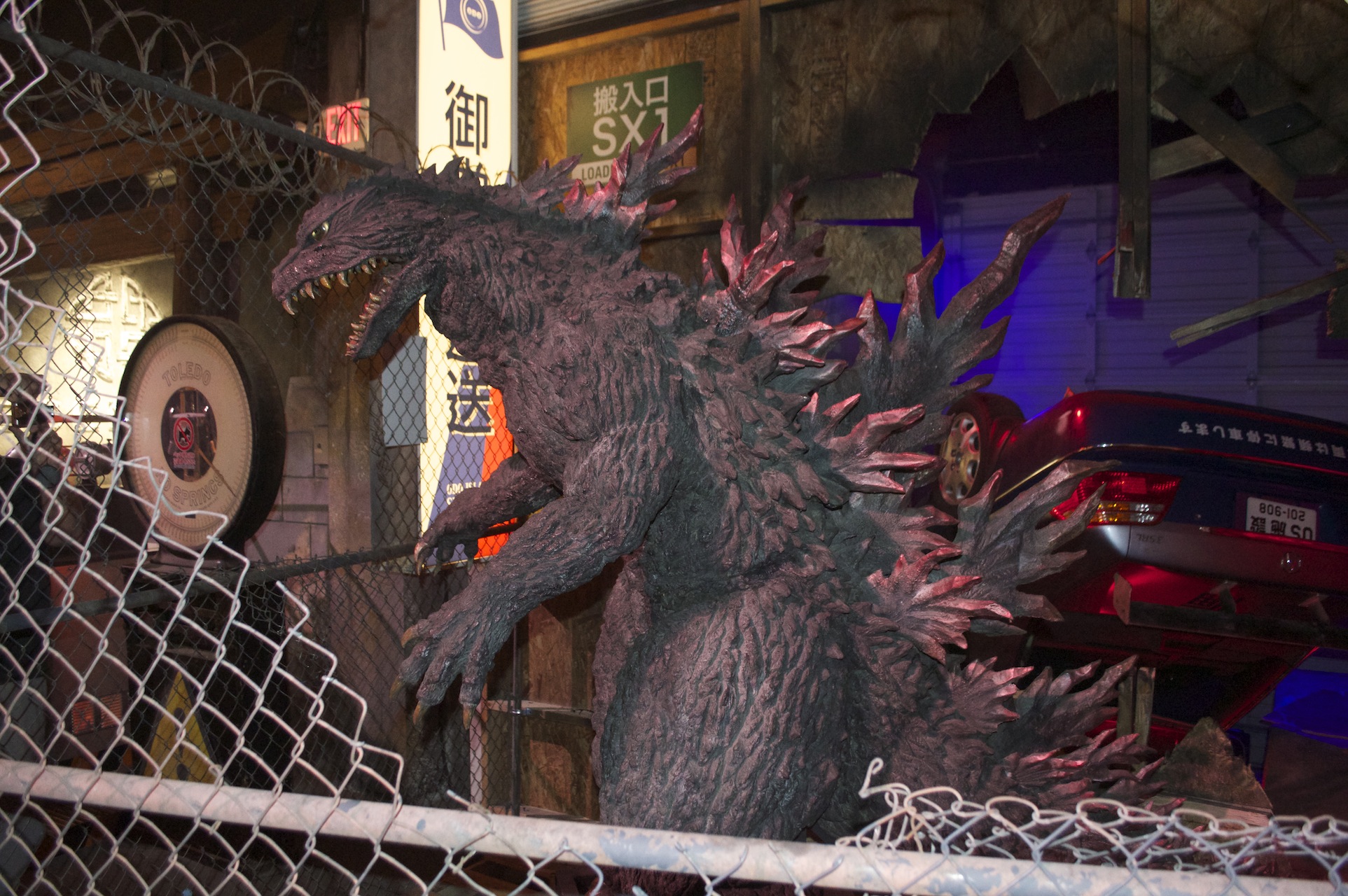 We Visit the Godzilla Encounter at the San Diego Comic-Con 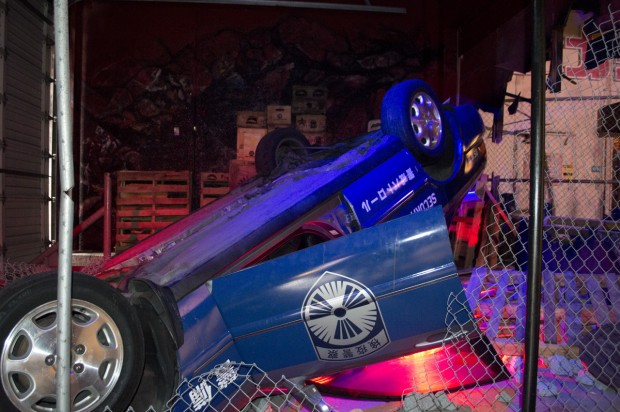 During our visit to the San Diego Comic-Con, we got to checkout Legendary Pictures “Godzilla Encounter”, which was located outside the convention center in the Gaslamp District. The warehouse containing the encounter was painted up to look seriously damaged, with cracks and missing section. We were escorted in by an eager press relations person and were instantly impressed with the overturned police car display and full Godzilla suit (not from the upcoming film – but one of the late 1990’s/early 2000’s movies). Walking more, we found ourselves in a recreated Tokyo street, complete with sushi bar. Legendary even hired an actor to play a businessman sitting at the bar. He would respond to Japanese and never broke character no matter what we did (don’t ask what we did). Along the Tokyo “street”, there were several storefronts with Godzilla memorabilia and posters on display – a very cool collection to say the least.

Klaxons sounded, red lights rotated, and a group of hired-actor soldiers began clearing us off the street in haste, saying we were under attack. We were ushered into a decon chamber and then into a bunker/command center where Godzilla was being tracked. There was an impressive number of controls, monitors, and other whiz-bang goodies about, blinking and begging to be messed with. There was a cool video from a CNN-like news network showing the headline “America Under Attack” as video of U.S. soldiers and war machines roared about – presumably fighting Godzilla. There was a loud boom and then all the lights in the control room went dark. We were ushered into an “elevator” in order to reach the rooftop where we would be shuttled out via chopper. The ride up got pretty bumpy and we ended up stopping on the 25th floor (obviously, this really wasn’t the 25th floor – but the illusion was really neat). 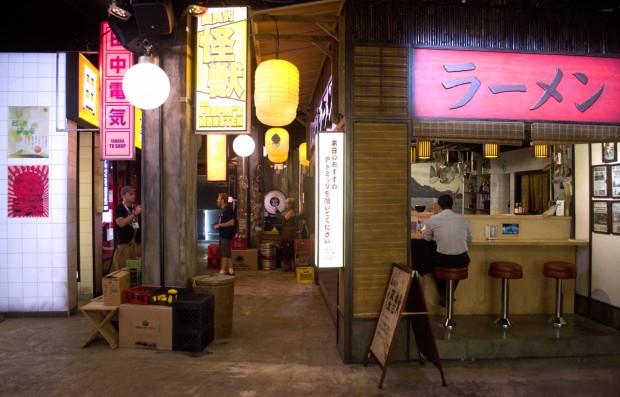 The elevator doors opened to reveal an office floor with cubicles and a large, bay window with digital projection showing a rainy city skyline. Lighting flashed, thunder roared, and the rain was coming down in sheets as thick as lead! Really shaking the pillars of Heaven kind of stuff. Then, we got a glimpse…. Godzilla walked by the building and we were all told to keep quite and not move so he wouldn’t see us. He did anyway. And proceeded to menacingly look inside our floor and let our a loud roar. We were then hustled out of the room and out of the warehouse, being told thanks for coming and to check the film out next year.

Overall, Legendary should be very proud of what they accomplished with the Godzilla Encounter. Not only did we see a “tech demo” of what Godzilla will look like in the film (a lot of reporters were falsely-claiming it was the final design of the titular monster), but we also had a cool trip down memory lane of Godzilla merchandise. 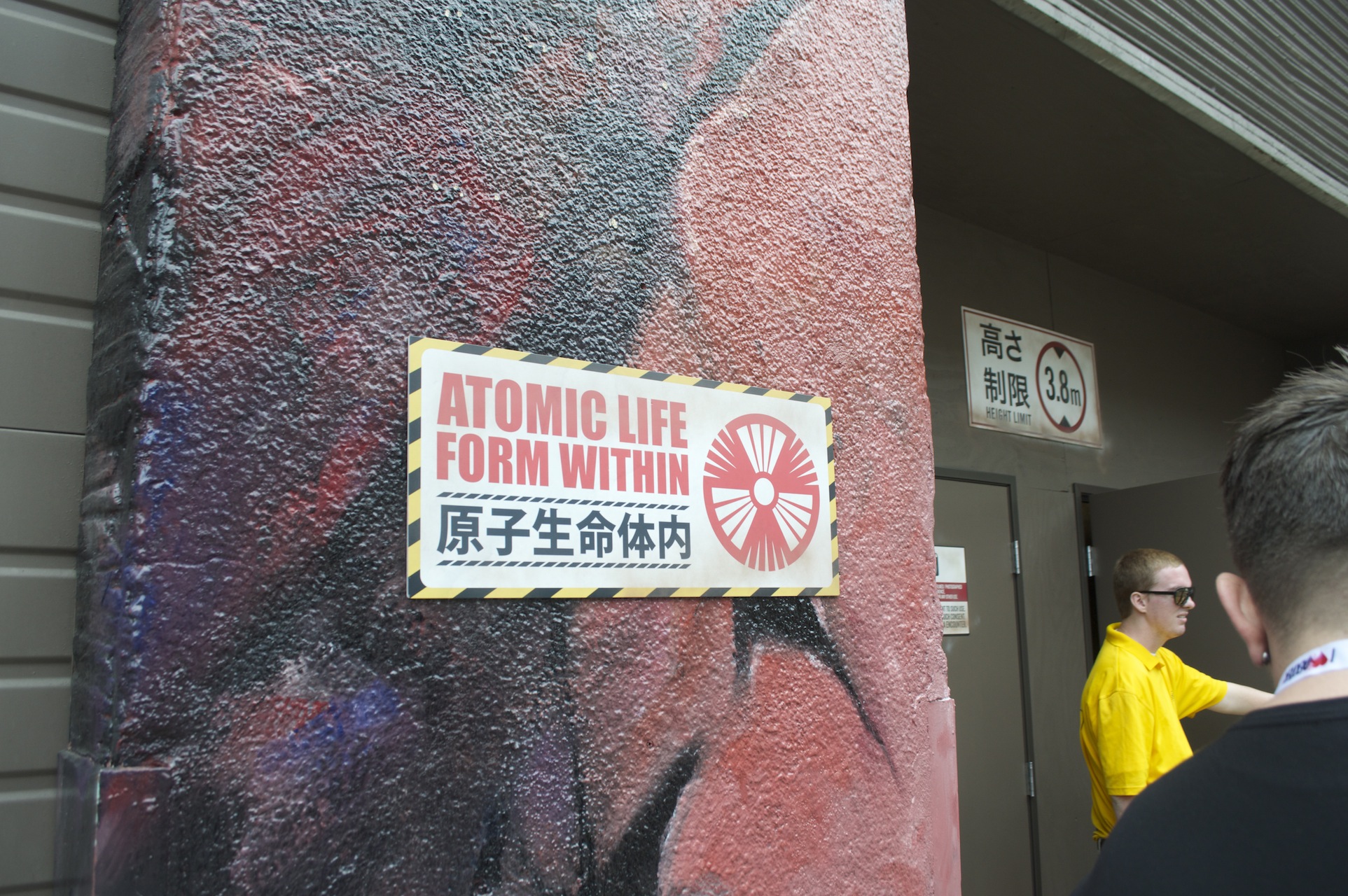 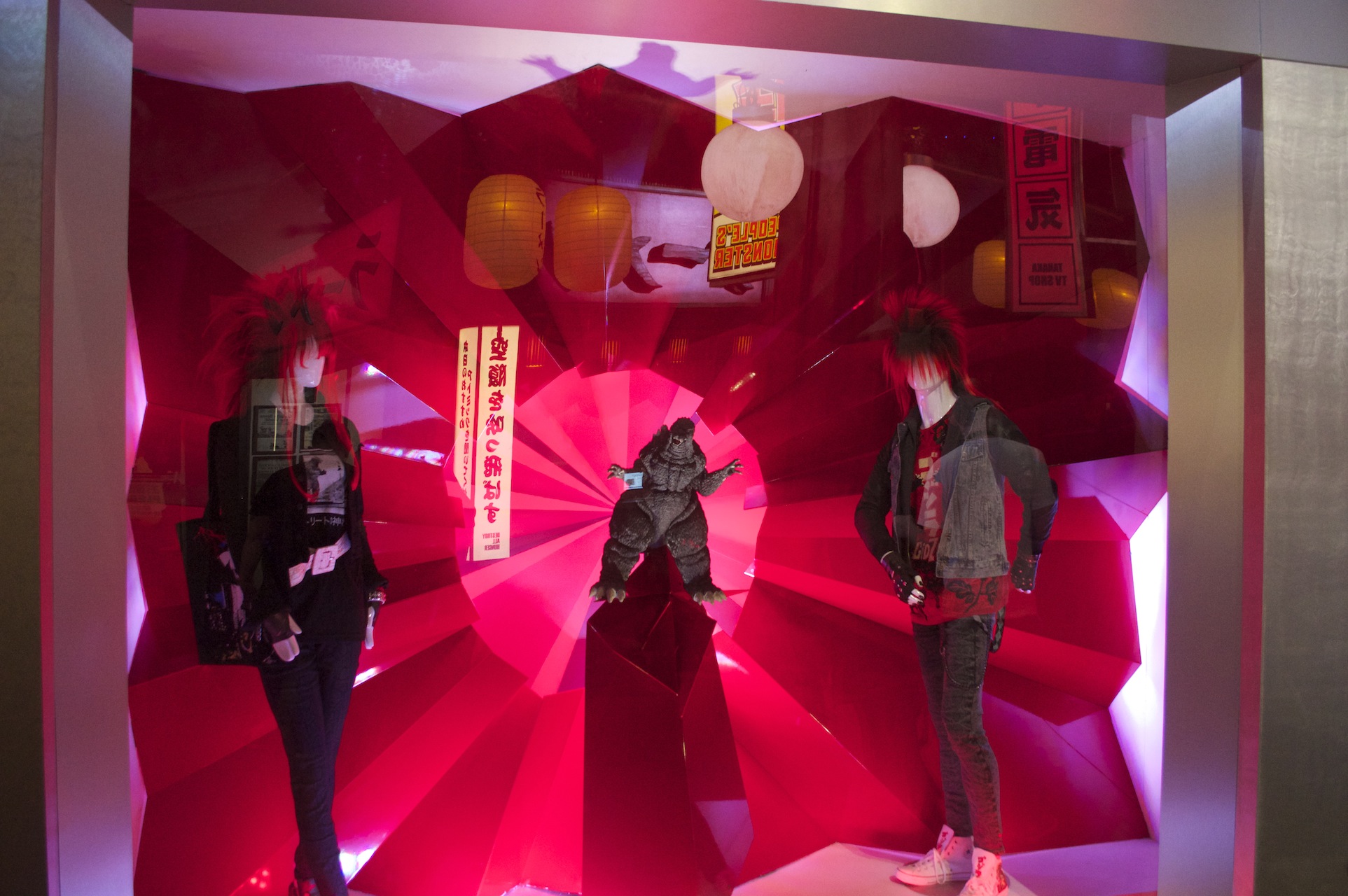 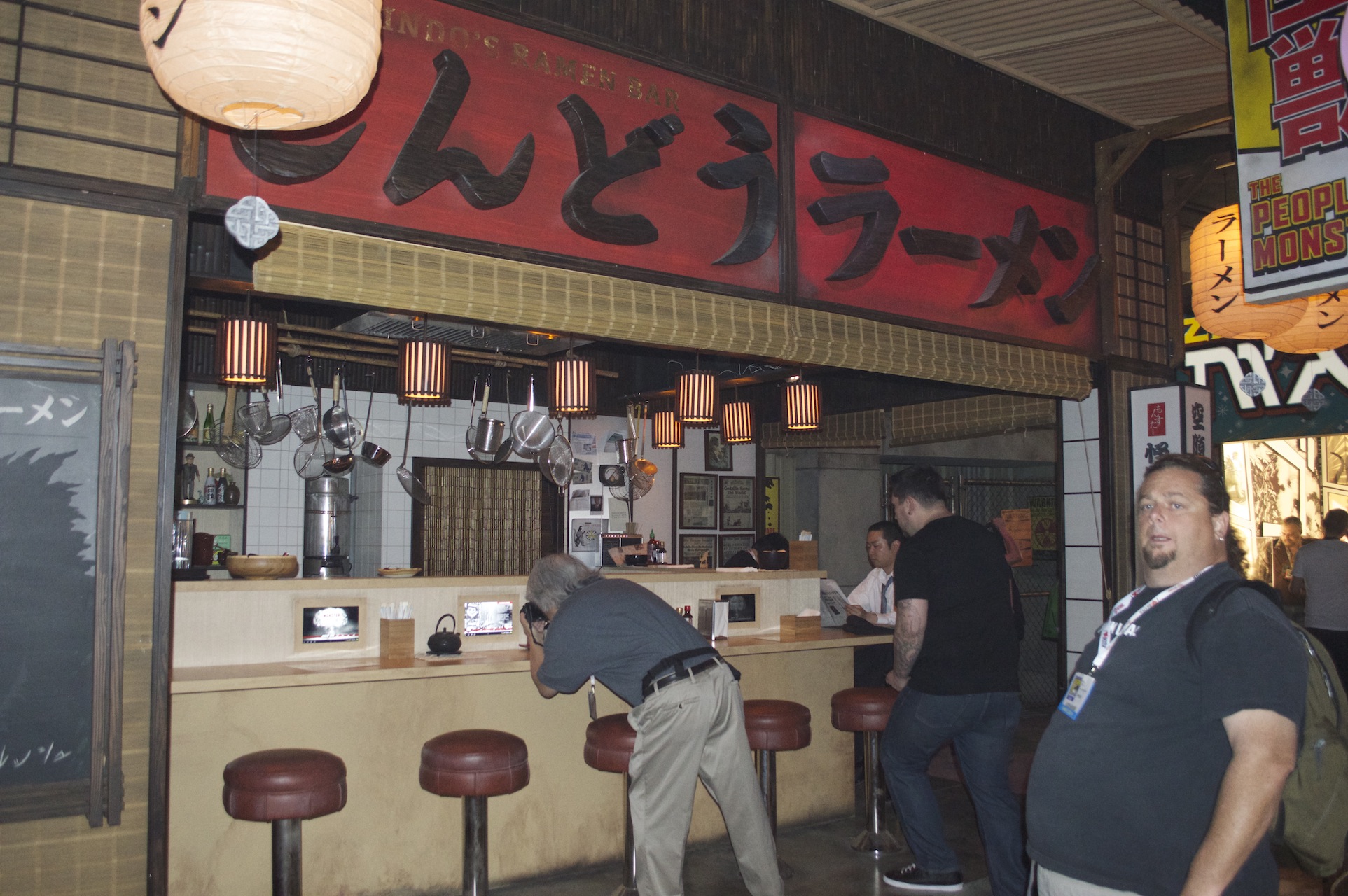 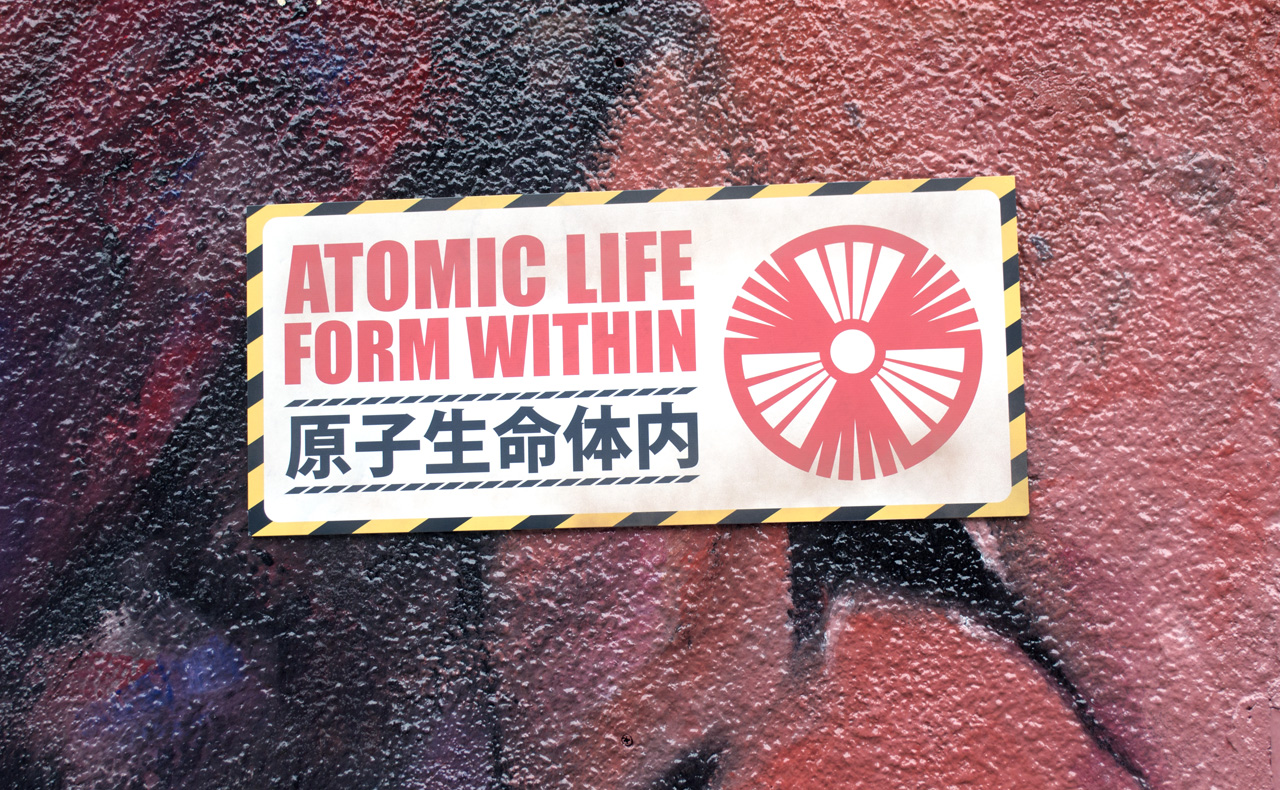 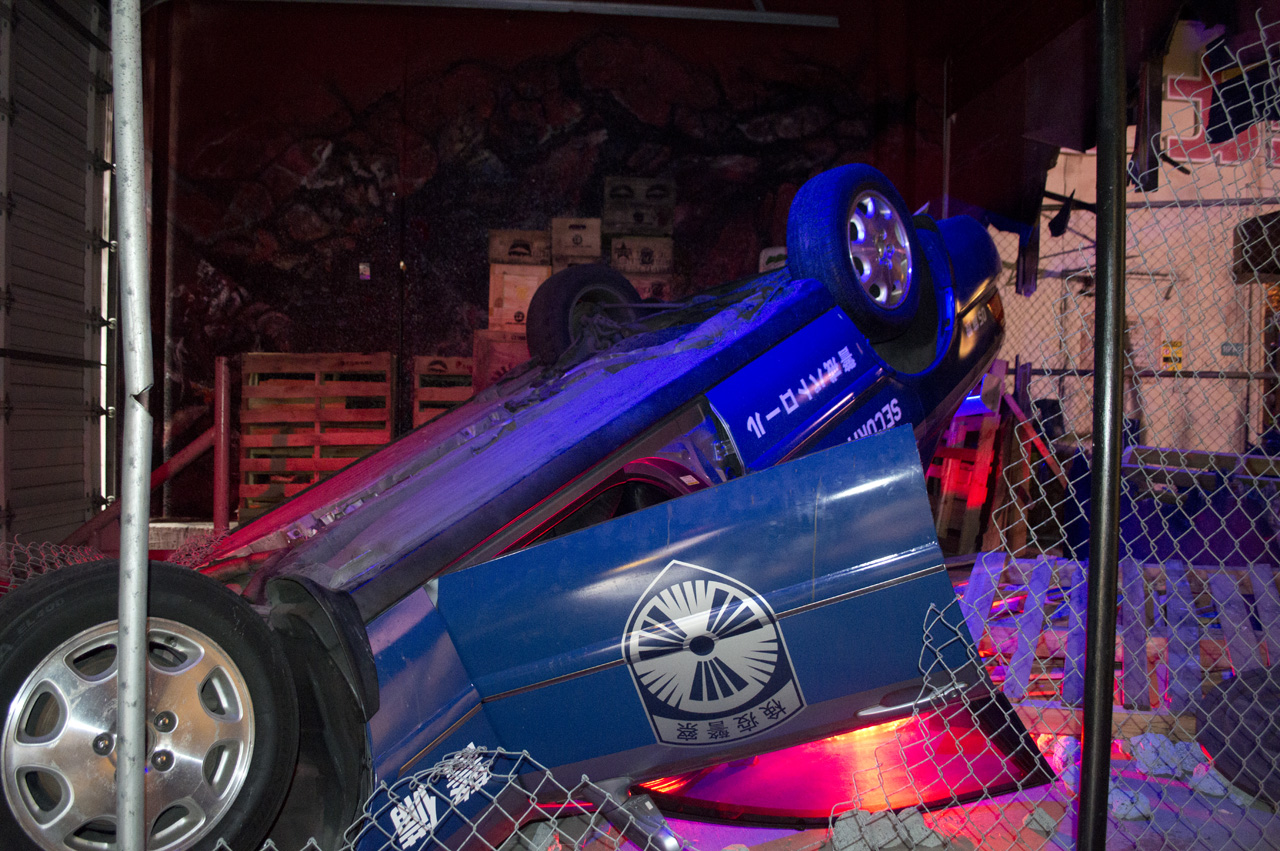 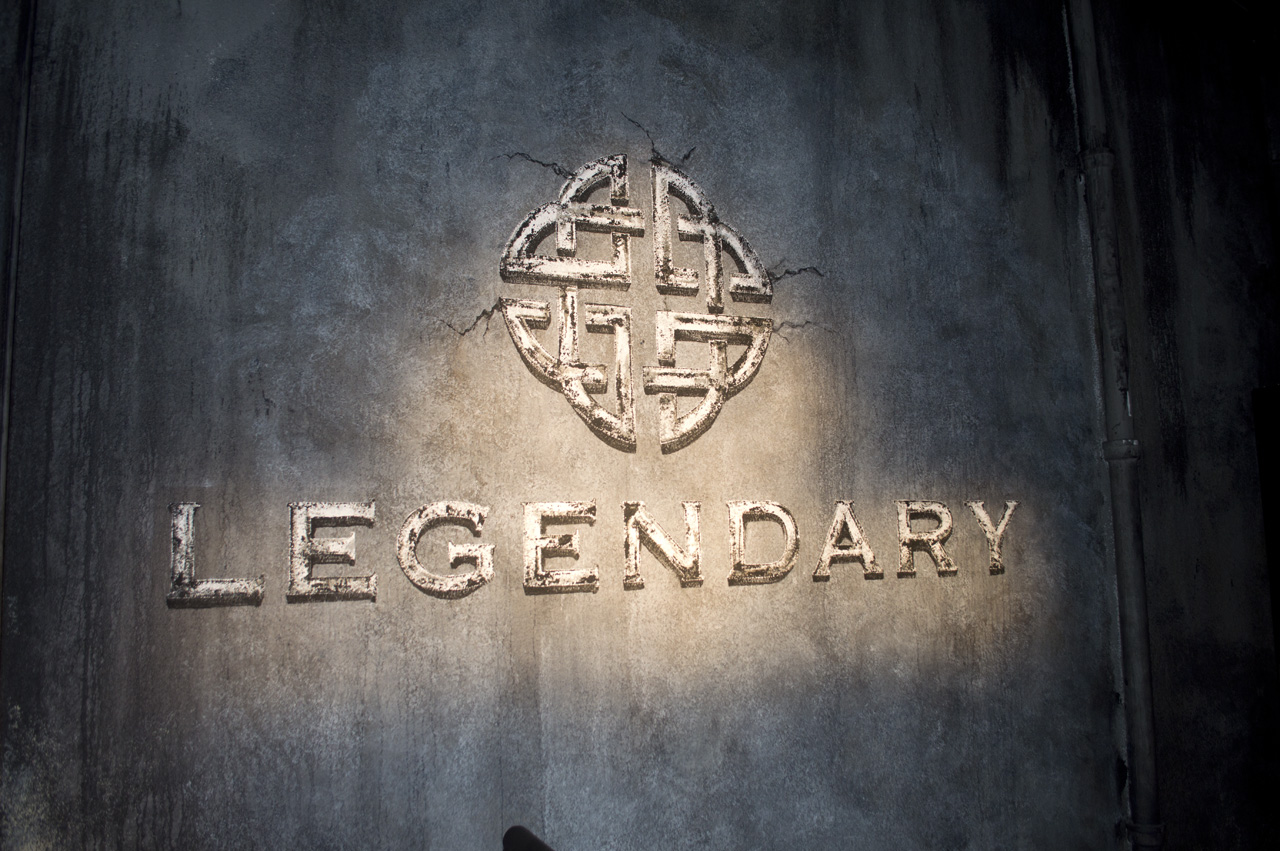 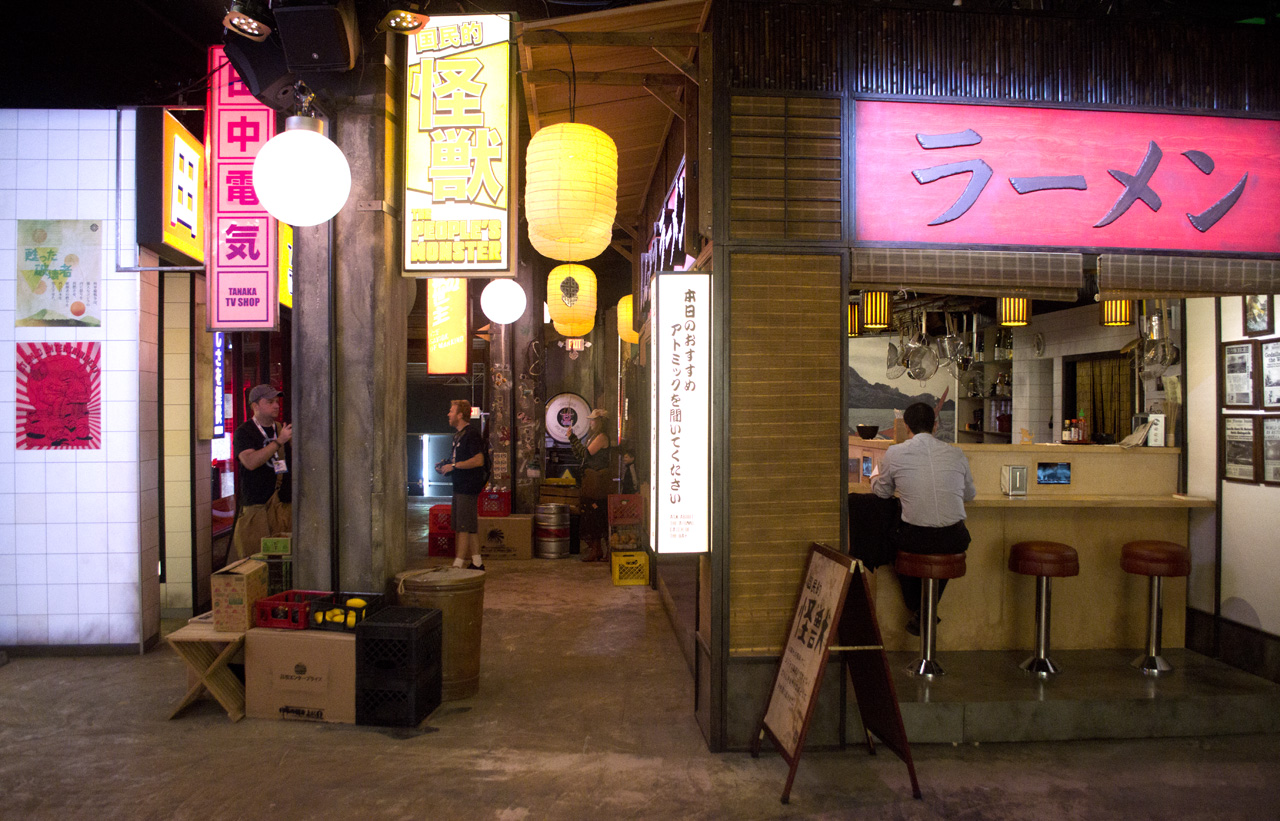 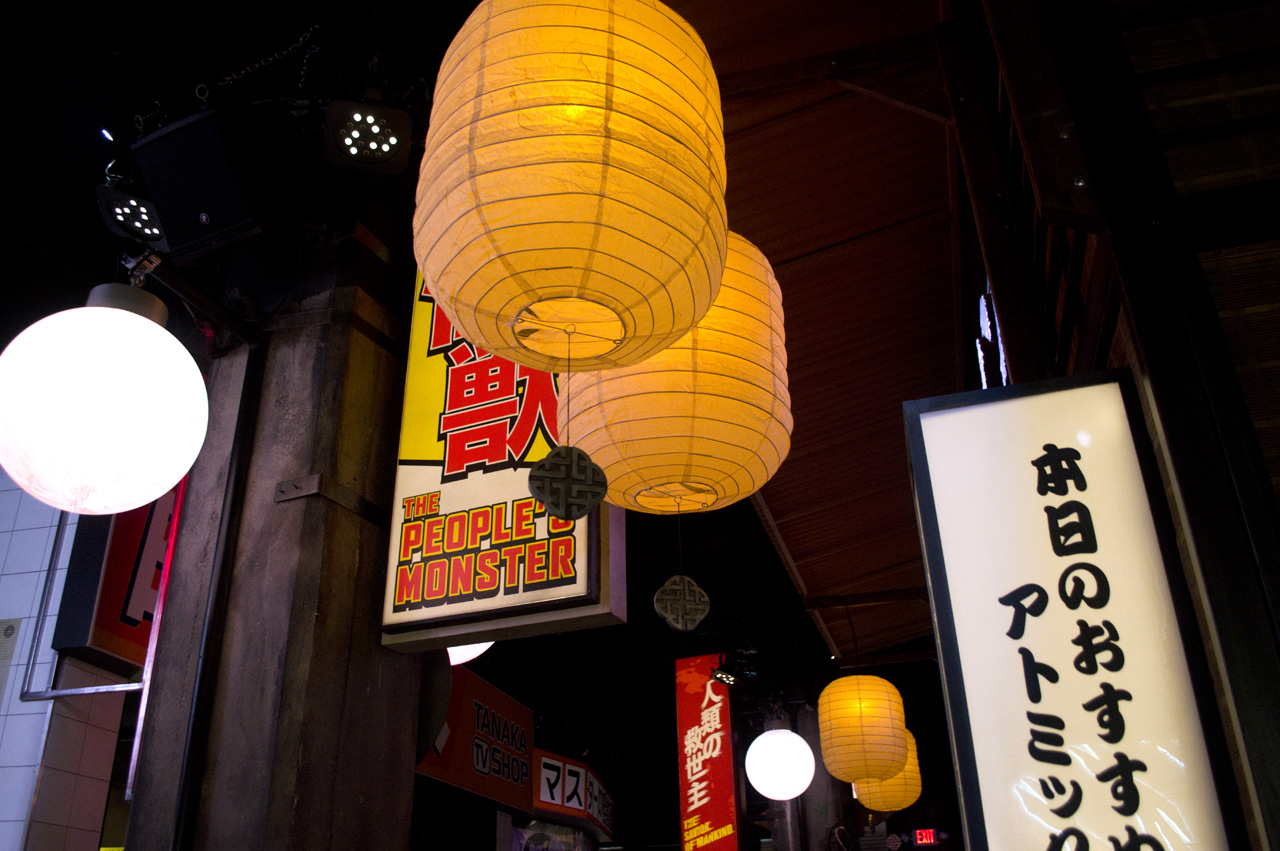 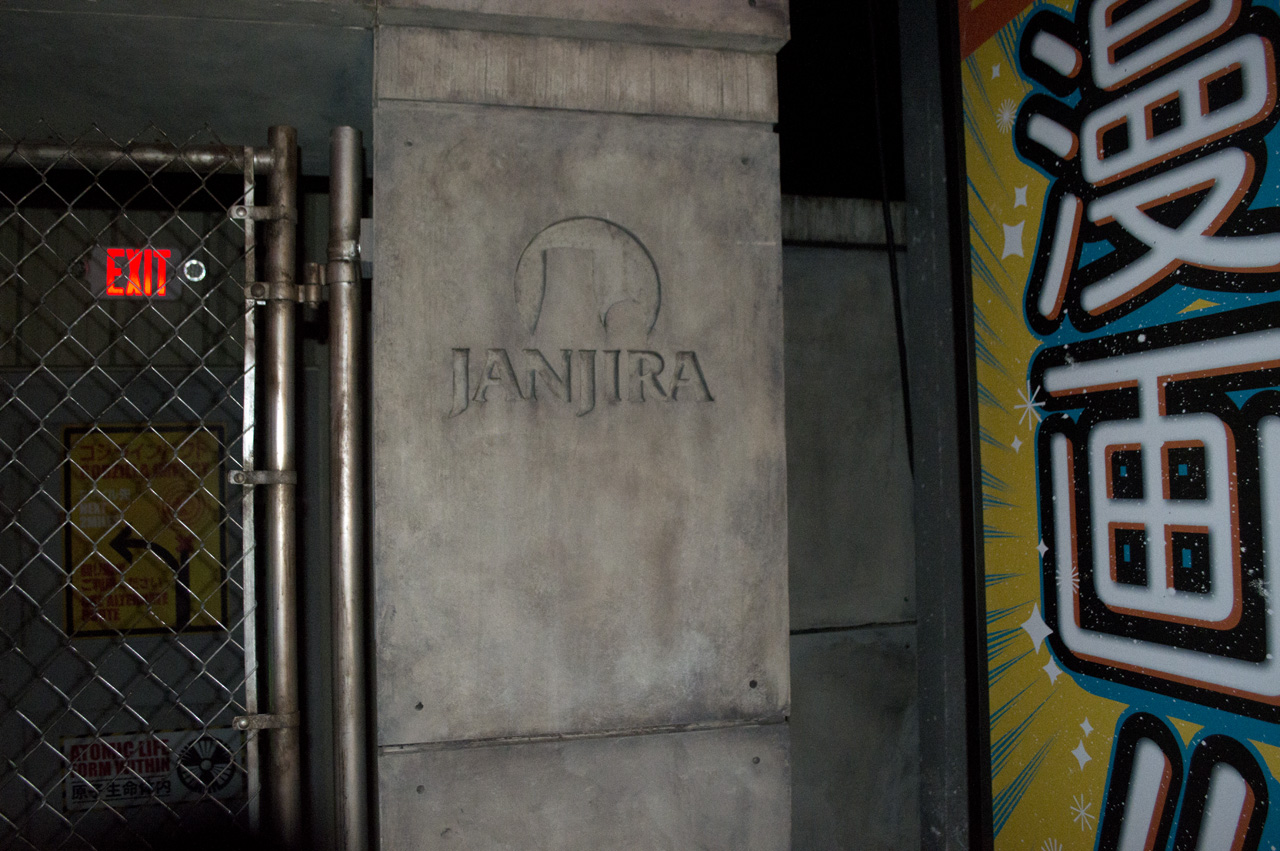 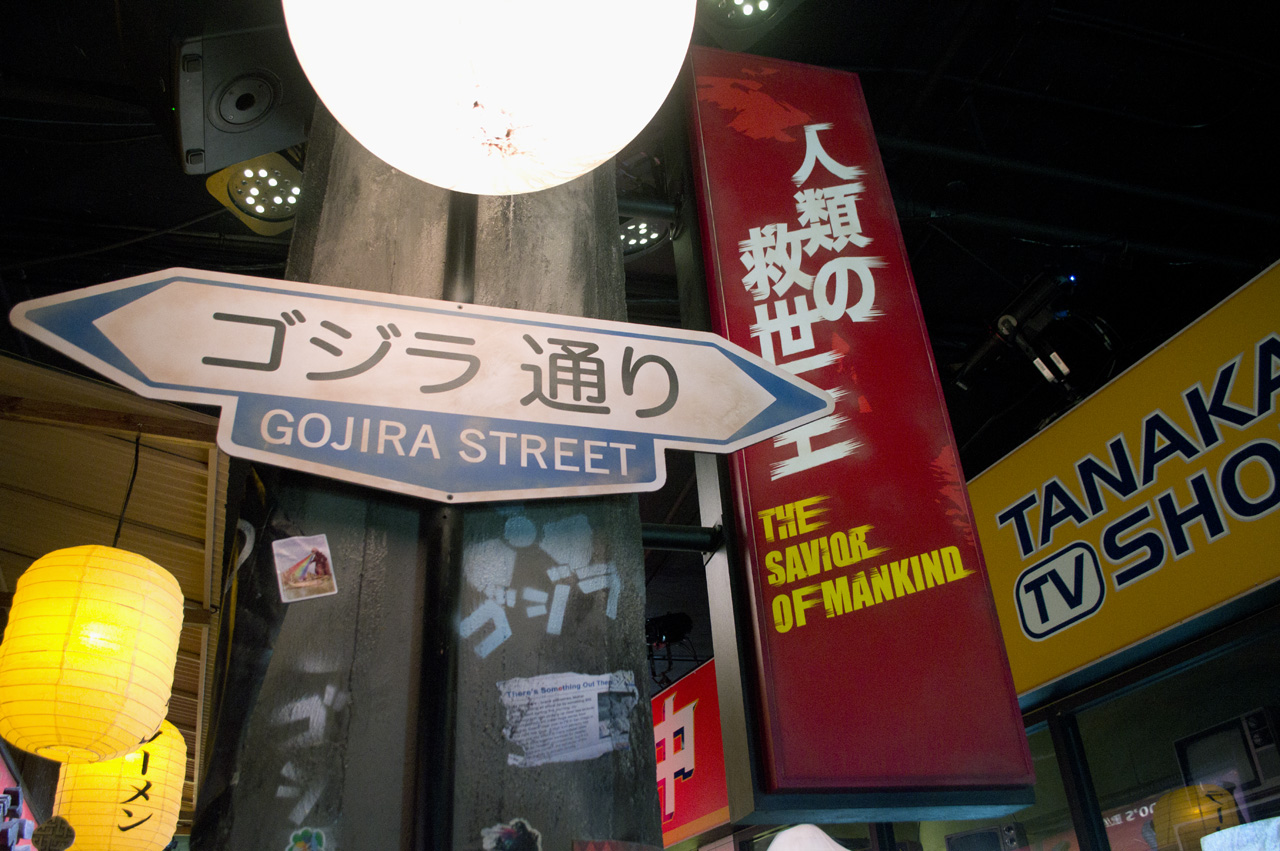 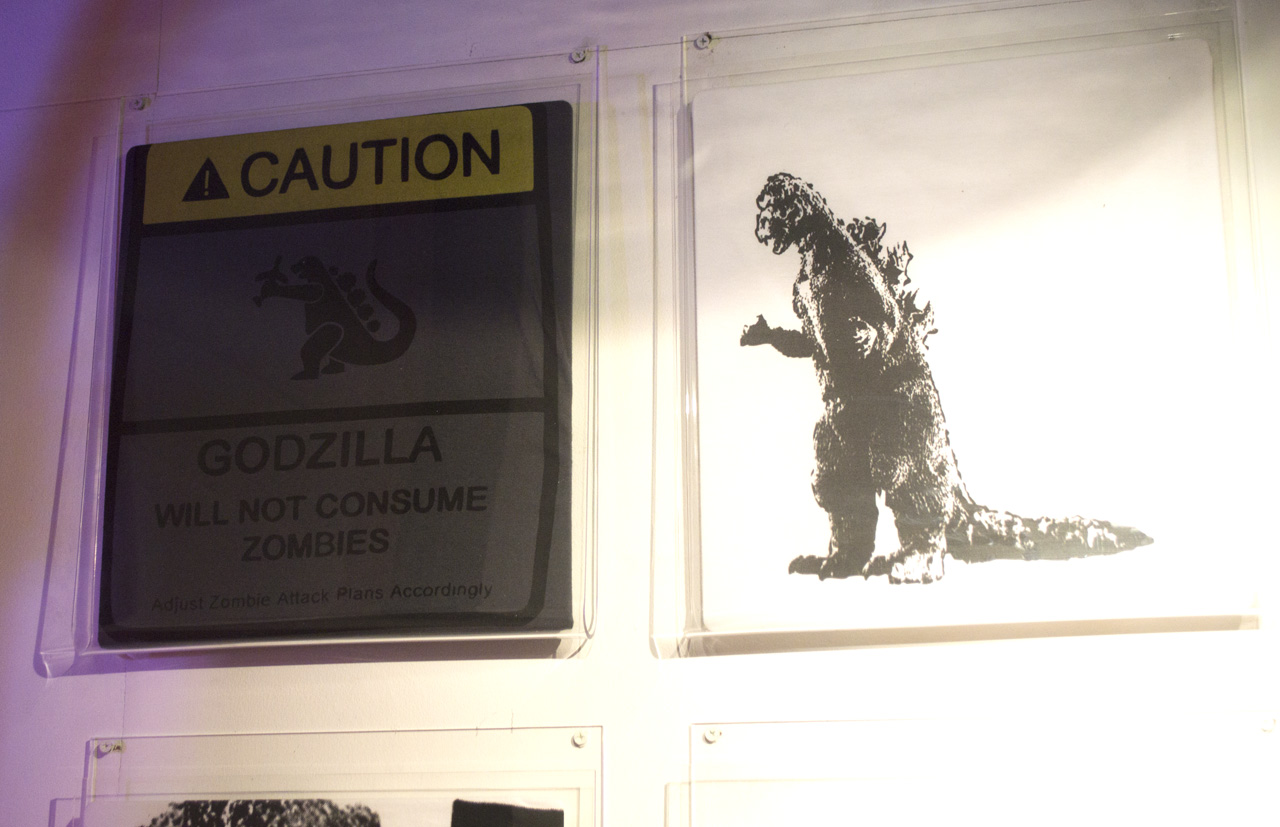 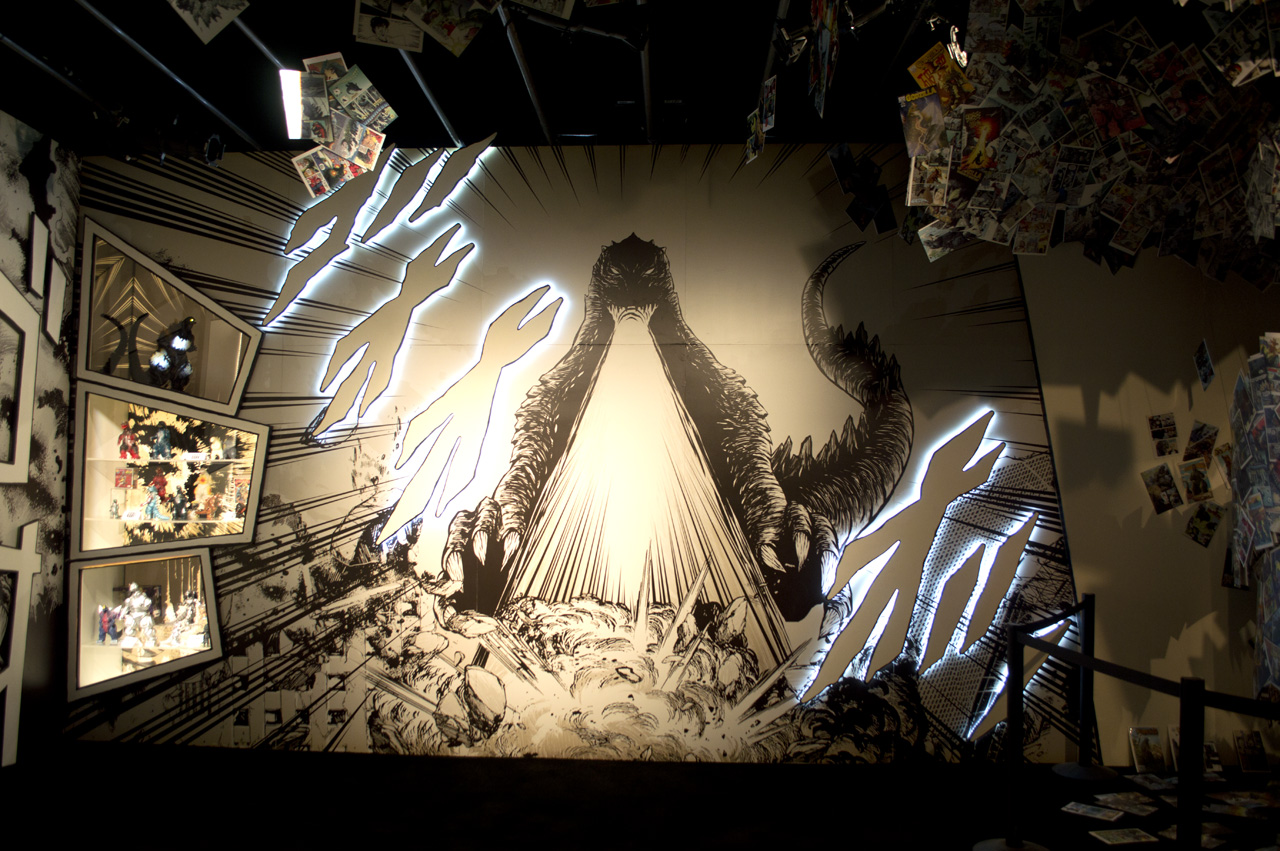 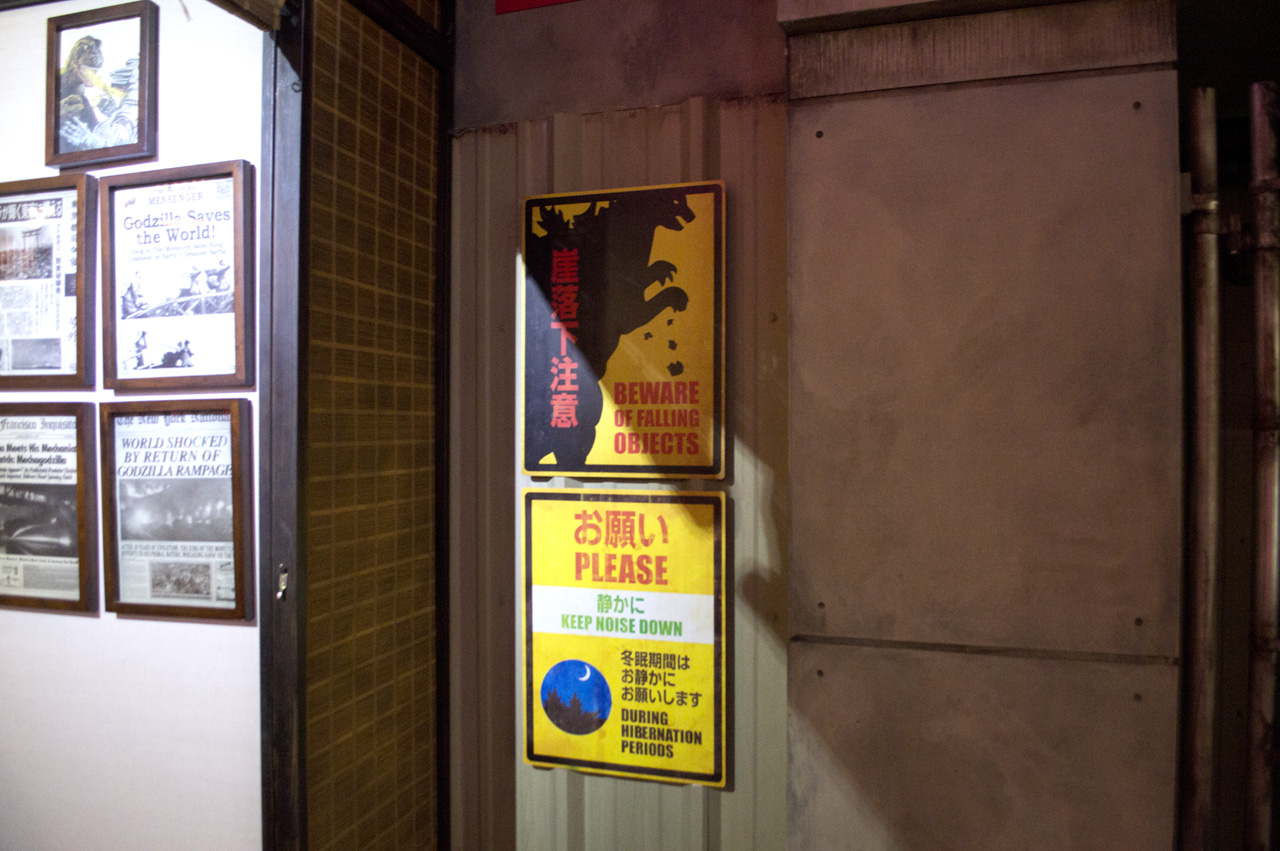 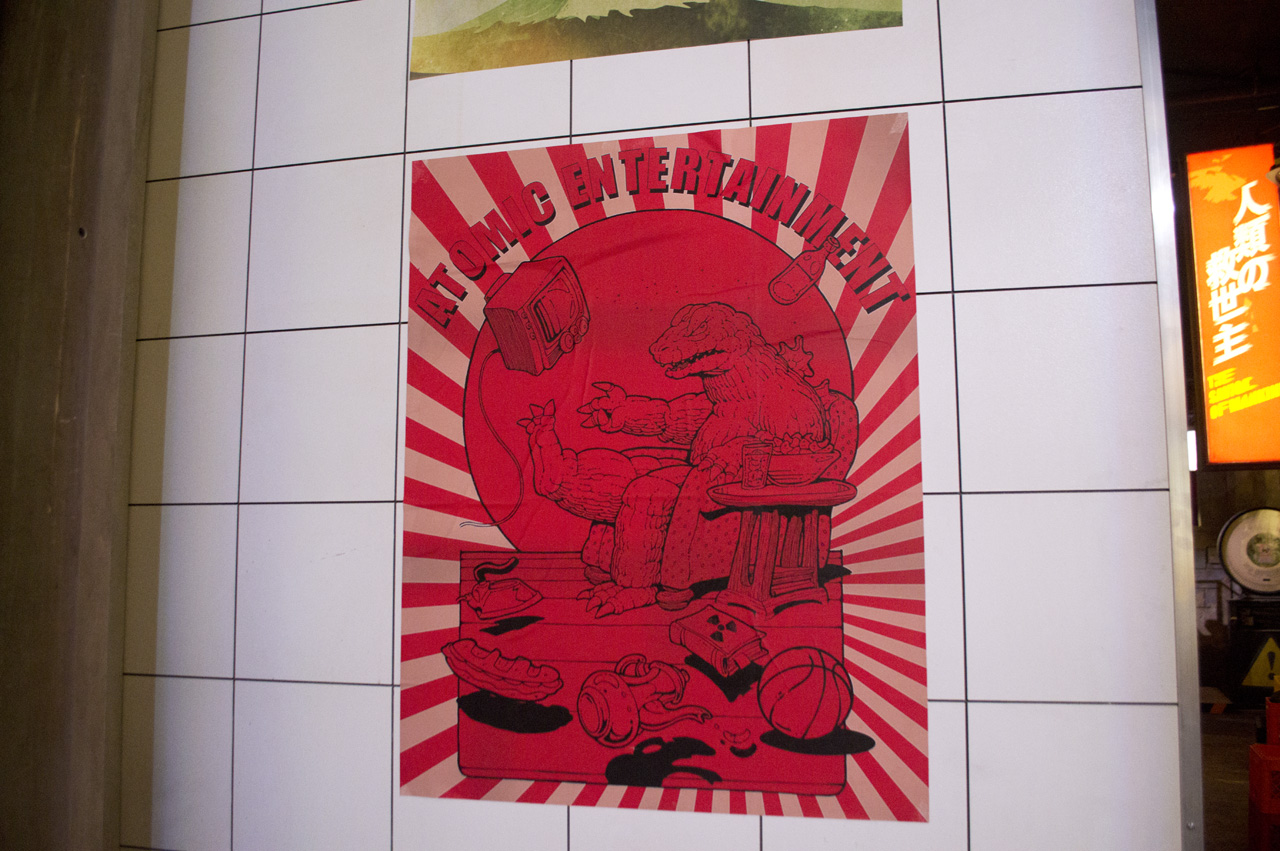