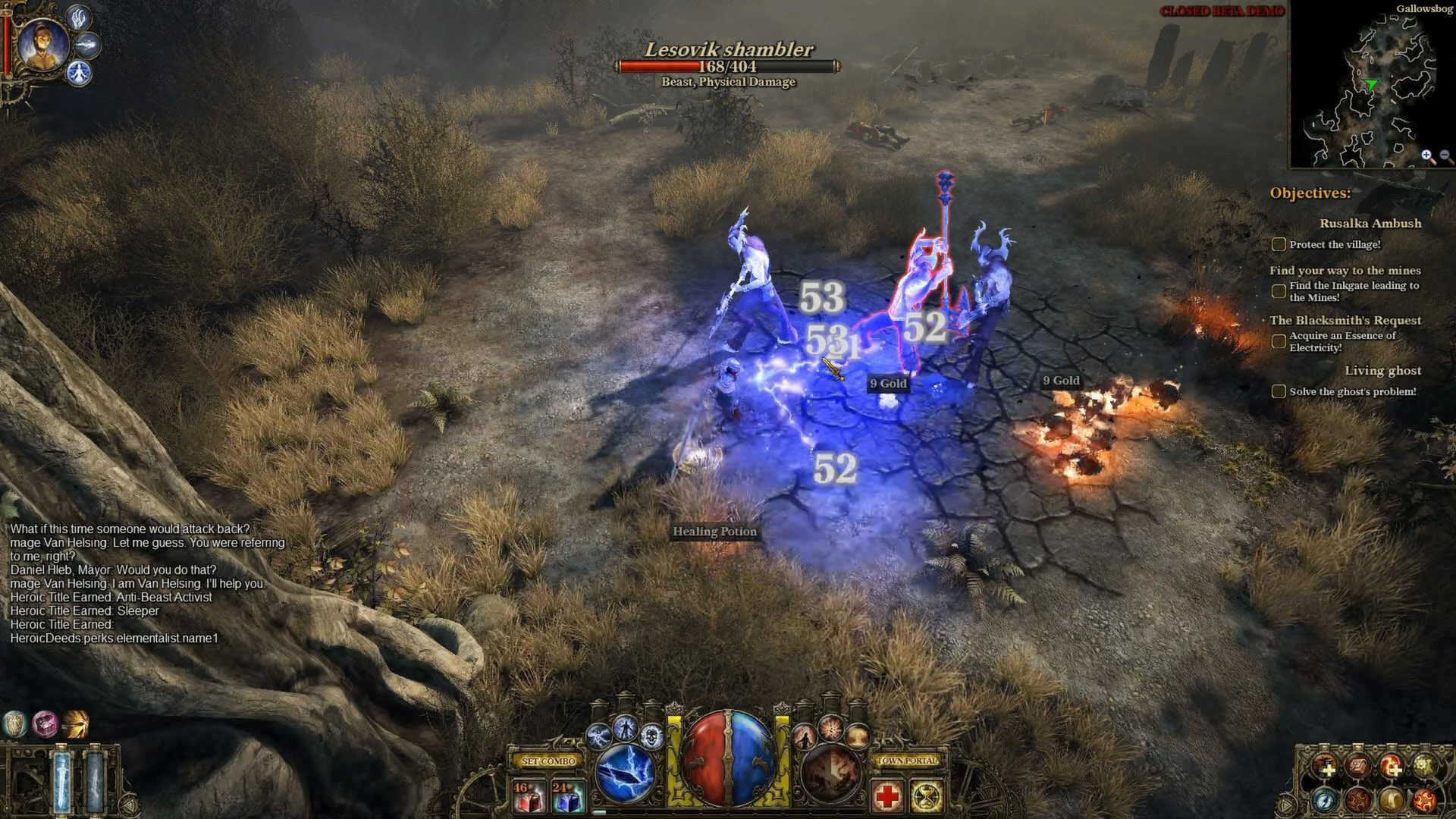 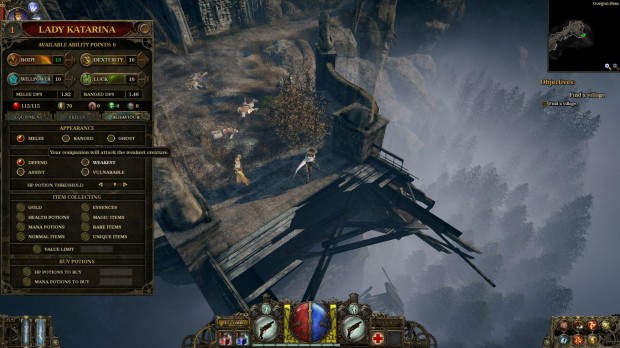 Fans of Stoker’s “Dracula” novel and Coppola’s “Bram Stoker’s Dracula” film are probably familiar with Abraham Van Helsing. Van Helsing is the mysterious occult expert who helps stop the blood thirsty and somewhat tragic main character of the story, Dracula.  Those who are fans of campy movies may know Van Helsing more as the title of a Victorian/steam-punk supernatural tale of a vampire hunter with a fully auto crossbow who can jump carriages over ravines like nobody alive (who looks a lot like Wolverine).  Those who love parody movies would know the name… Nevermind – even by parody movie standards, “Stan Helsing” sucked and doesn’t deserve our time except to say how terrible it was.  Fans of dungeon crawlers who were maybe a bit disappointed by the last Diablo outing but who loved the little indie title Krater have a new reason to know and possibly love the name with The Incredible Adventures of Van Helsing.

Put on your wide-brimmed hat, grab your weapons and embark on an incredible adventure in the gothic-noir world of Borgovia, where mad science threatens the fragile peace between monster and mortal.  Be Van Helsing, monster-hunter extraordinaire and save the day with your charming and beautiful companion, Lady Katarina (who happens to be a ghost, by the way).  Explore the savage wilderness in the mountains and the soot-stained brick districts of a grim metropolis twisted by weird science, and don’t forget: you might never know who the real monsters are! 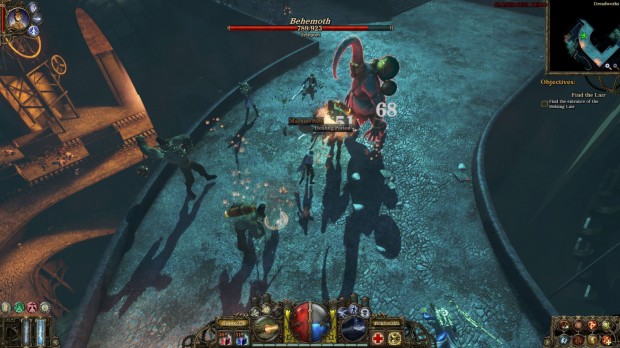 So this information would kind of lead you to believe you are THE Van Helsing of Dracula lore. Actually, you take on the role of Abraham Van Helsing jr. That is the default name, of course, you can alter it. My character became “Ripper” Van Helsing very quickly! Also, the character bears a striking resemblance in weaponry, dress, and fighting style to the 2004 movie version staring Hugh Jackman.  By the opening narrative you find that you have had a long and interesting travel around the world to get to the land of Borgova where they are having problems with werewolves, bandits, mechanical men, and other creatures. Most these monsters don’t play nice but some of whom, you discover, should not be judged by looks alone.  Dungeon crawlers and hack and slash titles don’t necessarily need a strong story or even a back story, but the game’s developer, Neocoregames, seemed to understand that if you use an iconic name it should. Thankfully, they have weaved a memorable story into the game and have done a decent job throughout.  The dialogue is humorous and playful between Abraham (Ripper) and his ghost/poltergeist Katrina and, at tines, the game even pokes fun at other titles in the genre.

As I often say, even the best story won’t get the chance to unfold for a player if the gameplay is boring or aggravating. That was actually lot of the complaints about the last Diablo outing…  Luckily, the developers looked at what has worked in successful dungeon crawlers and, instead of reinventing the wheel, took the good parts to create a solid combination.  There are skill trees, diverse enough to fit most play styles while also not getting overly-complicated or diluted.  Your character has both a ranged and melee build which can be changed on-the-fly by simply hitting the R key.  Your companion has a small skill tree to work with and levels up with you. This allows you to set skill points as well as choose who and how she attacks: Ranged first, melee first, weakest opponent, etc.  You can even set her to pick up items such as gold and common to epic loot so that you don’t have to! When her inventory fills up, you can tell her to “go shopping”. This makes her teleport to town, sell everything in her inventory, and return with gold and any health or mana potions you commanded her to buy.  She is such a handy NPC to have at your side, especially when you find yourself out in the middle of nowhere and out of potions. 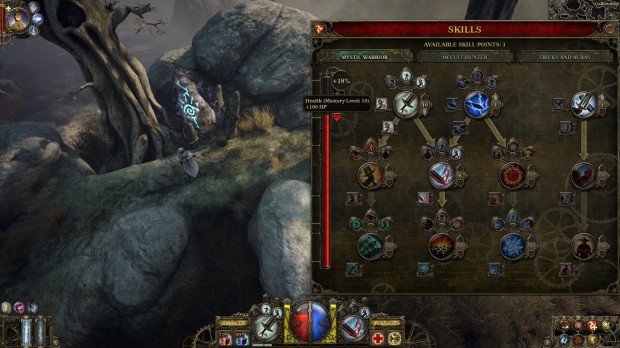 Creature battle is fairly standard with melee mobbing. You tend to get lost in a giant wave of enemy bodies and a lot of ranged-attach creatures tend to maintain their range if possible, leading you to chase them down.  This makes the option to switch back and forth between melee and range with a single button very handy, as you can take some initial shots at a distance then start melee with the ones that charge you. After, you can finish off the rest by switching back to range for those spell casters and riflemen.  Monster AI is well done for the most part, with a big, shining example being the “mechanical men” who are dressed like Her Majesty’s troops and actually go into a firing formation to attack – which proves to be both daunting and challenging!  When you and your companion see them line up like Revolutionary War re-enactors, take aim, and fire for the first time – you will probably take more than a few hits before you figure out how to react to their tactics (run and regroup).

The Incredible Adventures of Van Helsing uses a combination of rage, mana, and health to get through the game.  Rage is gotten through fighting and is used for things like “explosive round” in your gun. More traditionally, mana is used for mystical abilities like lightning strikes or healing your party.  Mana and health can be gained through potions, spells, and gear just like most dungeon crawlers.

One of the things that stands out as being very enjoyable is the game’s environments. They have a very old world feel to them – the buildings, the marshes, the forests, all have that Transylvania-n vibe.  It is much like the way Krater stood apart with its Borderlands-style graphics and feel. This game is definitely a hack and slash dungeon crawler, but shows that all dungeon crawlers do not need to be alike! 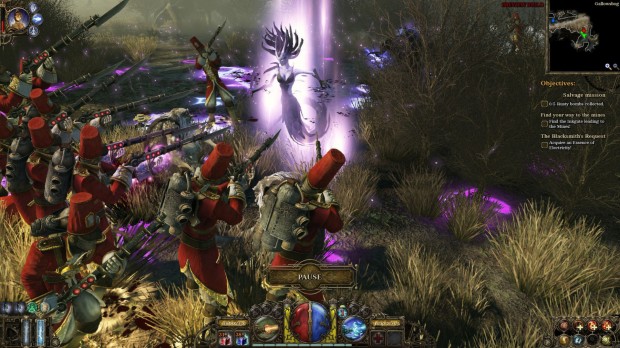 The Incredible Adventures of Van Helsing is, in many ways, a standard dungeon crawler. However, this is a “standard dungeon crawler” done smartly!  It takes the best aspects of the genre and combines them into a solid and enjoyable game that becomes a standout title.  Right now, it is on sale for 10% off on Steam, though at a $14.99 price tag it is a deal even at full price!