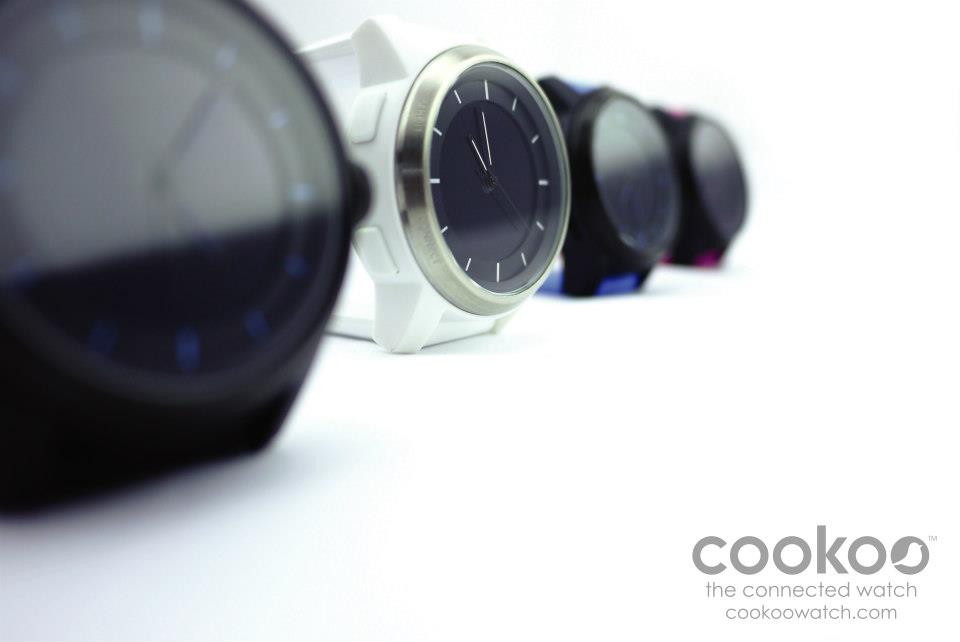 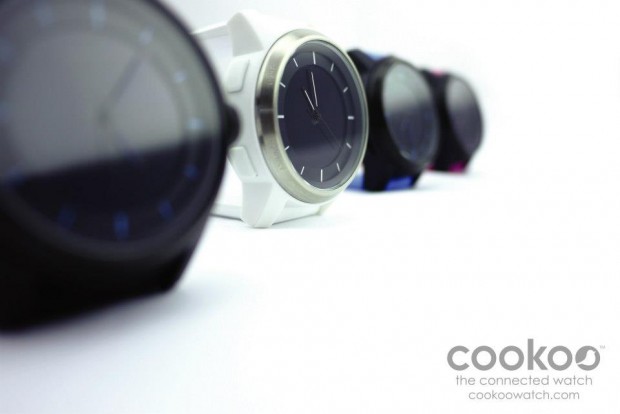 A growing trend over recent years has been the further isolation of individuals because of technology.  With the widespread use of smartphones, more often people are looking down at their screens instead of paying attention to the world around them.  How often have you been talking to someone and they decide to check the time so they pull out there phone, see a text and decide to fire off a quick response – all while you are trying to discuss something?  Do you find when you go out to dinner the phone immediately comes out of everyone’s pockets and comes to rest on the tables where they get handled as much as the silverware – if not moreso?  It’s become an ingrained part of our culture – a sort of disconnection from the immediate world around you in order to keep up with the world at large.  For some people, this is a downright difficult habit to break. Even movie theaters have two or three requests to not use your phone before every screening and the television is laden with PSAs about not texting and driving.

With all that in mind, some companies have tried to make it so that we can remained connected to the world (and our phones) but still be more in the here and now.  A perfect example of this would be COOKOO: The Connected Watch.

COOKOO: The Connected Watch is designed to simplify your life.  That is why the COOKOO watch has a beautifully designed analog watch face with easy to read icons to display the information you need anywhere, anytime.  The smart, user-friendly interface will easily keep you connected and help manage your phone, apps, and social networks. 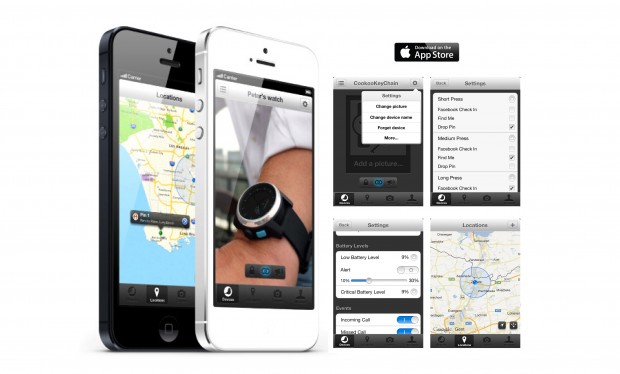 With the COOKOO App, you can receives notifications of:

By a press of button, you can remote what to do… 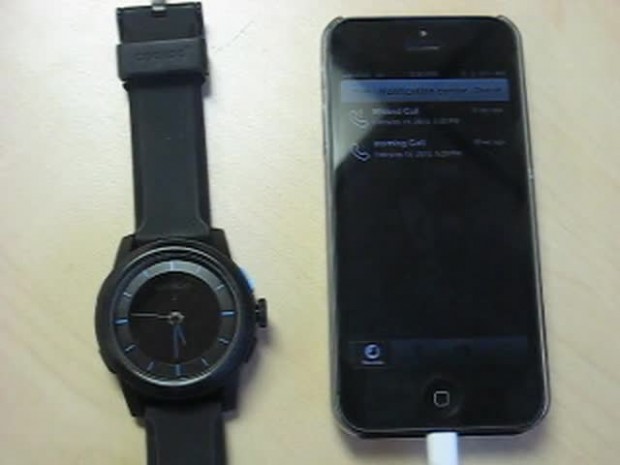 It began as a Kickstarter project that quickly took off like wildfire; The COOKOO watch is named after The Black Forest “cookoo” clocks developed back in the 18th century.  This is evident at first glance at the watch casing which is designed to look like a cookoo clock and has instructions on how to recycle the case as a bird house or bird feeder.

Let’s say you are in an important meeting, maybe with a business client or your special someone.  You have been waiting for an important email or text but you want to show the person you are with that they have your attention.  While your phone is tucked away in a pocket, you can casually glance at your watch and it will let you know if a call, text, or email has come in.  It can even let you know if you were mentioned or messaged on Facebook.  All of this will show up as little discreet icons on the face of your phone. These icons aren’t glowing or distracting, they just look like part of the watch face.  With the downloadable phone app, you can simply press the screen button on your phone and you will see a full list of everyone one who has tried to contact you and, in the case of Facebook or text messaging, the first line of the status/message is listed as well, so you can see without pressing a bunch of buttons or taking up a lot of time.

This last October, I lost my phone on a hayride and didn’t realize it immediately.  I used a common phone finder app on my wife’s phone and we figured out where the phone was. Thankfully, we recovered it.  If I had been wearing COOKOO: The Connected Watch, it would have immediately alerted me when the phone was a certain distance away from my watch and I could have pressed a button on the watch to start the phone making a noise without going through my wife’s app, as if she hadn’t been there, finding the phone would have been much more difficult. 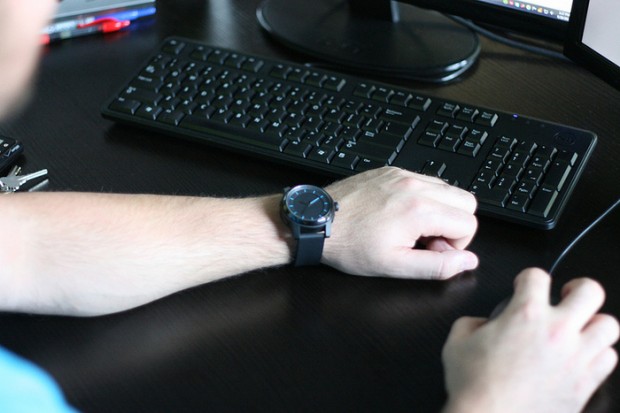 Another example uses the watch’s easy status-sharing capabilities. Say you are caught up in traffic going to meet friends.  You can press a single button on the watch and check in on Facebook so that when my friends check, they can see where I am.  If I wanted to turn up the music I am playing on my phone through the AUX port in the car stereo, I can adjust that on my watch without touching the stereo knob.  You can also find out all the texts and calls you are missing just like in the meeting scenario.  COOKOO: The Connected Watch is a safe option or addition to hands-free phone use which is literally lifesaving as well as staying legal in many states.

If you have a family member who is forgetful about pill or appointment times, you can use the app and Facebook to do everything from remind them when to take their pills to when they have an appointment or someone has a birthday.  Whether it’s medical memory issues or just being generally scatterbrained, this watch will help keep your life on track.  The nice thing is that all the programming can be done on the phone, but the phone doesn’t need to be on the person for the watch alarm to go off.

My only complaint during testing was how easy it is toggle the power. The bluetooth functionality of the watch is supposed to be turned off during flight takeoff, so it is important to be able to do that. However, I found myself bumping the button on accident, which would turn it back on.  I think if it required two buttons, one on each side of the watch, to be pressed at the same time to turn it on or off that it would be less accident prone. 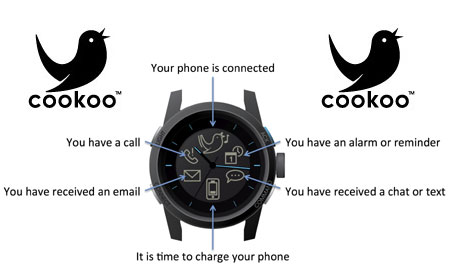 I used to work as a director at a home shopping network and I actually learned a lot about watches during that time.  The battery systems along with the type of bluetooth connection are designed to get you through about a year of use before having to worry about changing them out and a jeweler is not required to do so.  The design gives decent water resistance, it would probably survive a dip in the pool though not recommended and be sure to take it off during showers or it can steam up underneath the glass.  The design of the face and body are simple as well as classic, and the band is a flexible rubber which usually holds up to the elements.  If money wasn’t a concern, I would recommend a ceramic strap be used to replace the provided one for maximum durability and style.  The mineral crystal glass face is some of the best scratch resistant material for a watch face on the market, but be careful as that does not mean it is bulletproof. I had a similar face survive all kinds of hardships then get permanently scratched while standing in a line at Disneyland.

This watch has all the style and design that anyone from a businessman to active teen would need, but functionality that will improve just about any smartphone user’s life.  Other interactive watches on the market usually look over-the-top “techy” and seem to lack a certain of refinement. Not so with COOKOO: The Connected Watch: It clearly has a very elegant design and execution.  This is the watch for those who want to stay connected to the world but also pay attention to the world around them.