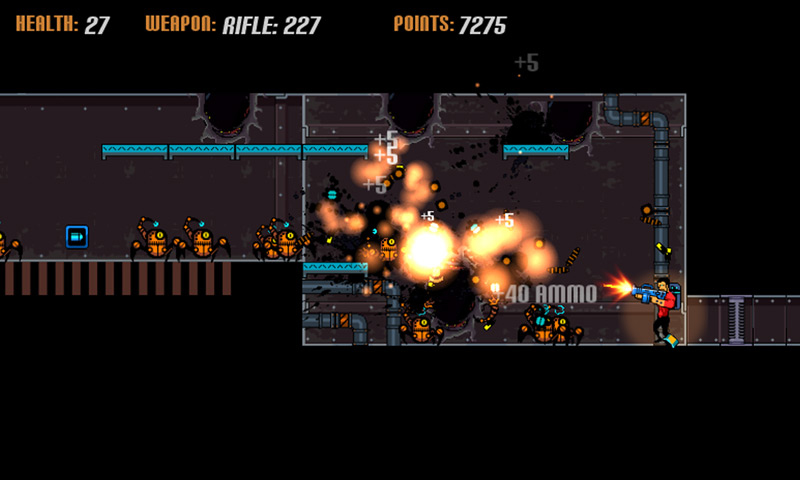 I’ve played console games since there were consoles to play them on.  Over the years, certain fond memories stick out in my mind. Memories like all-night gaming sessions on the weekend with a stack of rented games, a 12 pack of highly caffeinated and sugary soda, and a few good friends that you felt you could spend 24 hours straight with.  One of these weekends that particularly stands out was playing the original Contra, and a couple other titles, until our eyes were bleary and bloodshot.  When it came to “buddy games”, few stood out like Contr: Simple, 2D side-scrolling action that kept you going and going.  Because so many people have such fond memories of these games, a ton of modern-day indie titles have come out that try very hard to capture that nostalgic gameplay.  These retro games might seem like win-win at first, but the funny thing about nostalgia is it is often rooted in a specific time. Graphics and gaming were not what they are nowadays and, as a result, even retro games are expected to have some updated elements. Bad Bots walks a dangerous line between fond yesterdays and modern expectations. 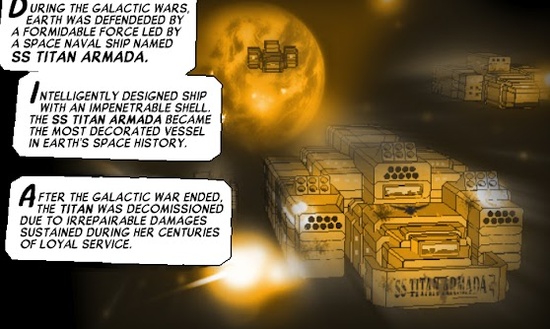 Bad Bots is a retro style platform shooter with intense robot blasting action and sci-fi story.  You hack and blast your way through an onslaught of truly bad ‘bots to find a way to prevent a potentially planet-destroying catastrophe. Bad Bots stars Sam McRae, a grease mechanic aboard the “Titan Hauler” space cargo ship who wakes from cryogenic hypersleep to discover the ship’s robotic crew has been reprogrammed to destroy humans. Even worse, the ship has been rerouted on an explosive collision course with Earth.  You can play either the Challenges Mode to see if you can survive sixty seconds in a room with an endless supply of robots or the story-based Campaign Mode that includes boss battles, puzzles and a compelling story. 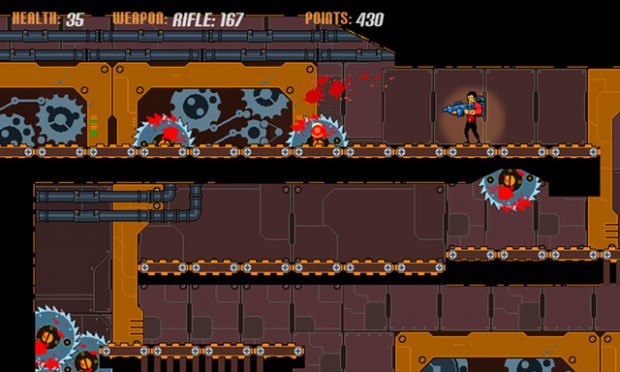 The first thing one can saw about Bad Bots is that IndiePub has made one very addictive video game here.  I quickly lost track of time and spent way too long on one gaming stretch without moving (and I am totally sore as a result).  The cutscenes that tell part of the story are done in a comic book panel style and that’s really smart, because it can show some graphic quality without being so stunning as to make the retro feel of the game seem old rather than vintage.  The game’s graphics are simple, yet clean, with details here and there to bring the retro feel home without feeling shabby.  This is a difficult line to walk but, when done right, the player really doesn’t notice unless they are meant to.

There is a storyline of an every-man hero trying to save himself while avenging his fellow shipmates, but this is easily lost in the action which is fine.  Retro 2D side scrolling shooters really need only the most basic of premise, it is all about the action and whether or not it borders on overwhelming while still being fun.  Bad Bots throws bot after bot at you, wearing down your health and ammo, dropping just enough of each at just the right time to keep an experienced player alive. But, if you die a lot don’t worry as you just go back to the last checkpoint (also, there are achievements for dying!).

The weapons are of a suitable variety to please just about everyone. You get one melee weapon, one standard weapon, and one special weapon.  Different special and melee weapons drop throughout the game and it is up to you to choose the ones that suit you best. Your standard weapon remains the same but gets the most ammo drops.  You can even just change special weapons with every drop to keep the variety and fun (as well as ammo stock) though I definitely found a particular favorite and was hard-pressed to deviate from it.  It was mainly the boss fights that made me change up when it became evident that certain bosses were weak against certain weapons.  The bosses, and strategies to beat them, are beautiful throwbacks to the games of old and I found myself thinking “ah this is how I beat that one boss in that one game” a lot.  I even saw some definite homages to standard bad guys from the old games popping up now and then. 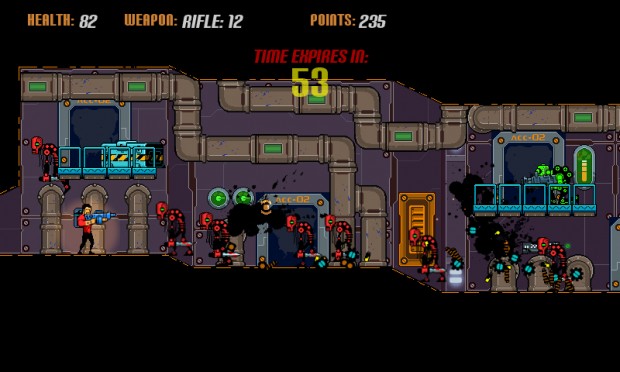 As a single player retro 2D side-scrolling shooter, Bad Bots is about as solid as they come.  The only thing I would REALLY like to see would be two player co-op, the one thing that made many of those retro games so amazing.  This game brings up so much nostalgia but I can’t call my buddies up and play them local or online.  All I can do is say “dude get it and tell me what you think” then wait and find out.  I know coding and therefore cost shoots up when you add such an element and IndiePub, even by its name, brings home the fact that it is an indie work of love. But, if there were a way in “Bad Bots 2: Badder Bots Beat Back” I would love this game on a whole new level.

I played the preview build of the game so it could still change a lot by release date but it is a very solid play at this point that really doesn’t even need a fresh coat of polish.  Bad Bots lives up to everything it claims to be: A retro, 2D side scrolling shooter, which brings up nostalgia while maintaining excellent gameplay and graphics which, though reminiscent of games past, aren’t hard on the eyes.  When you have a solid game like this, time flies while your killing bots and trying to save the world.