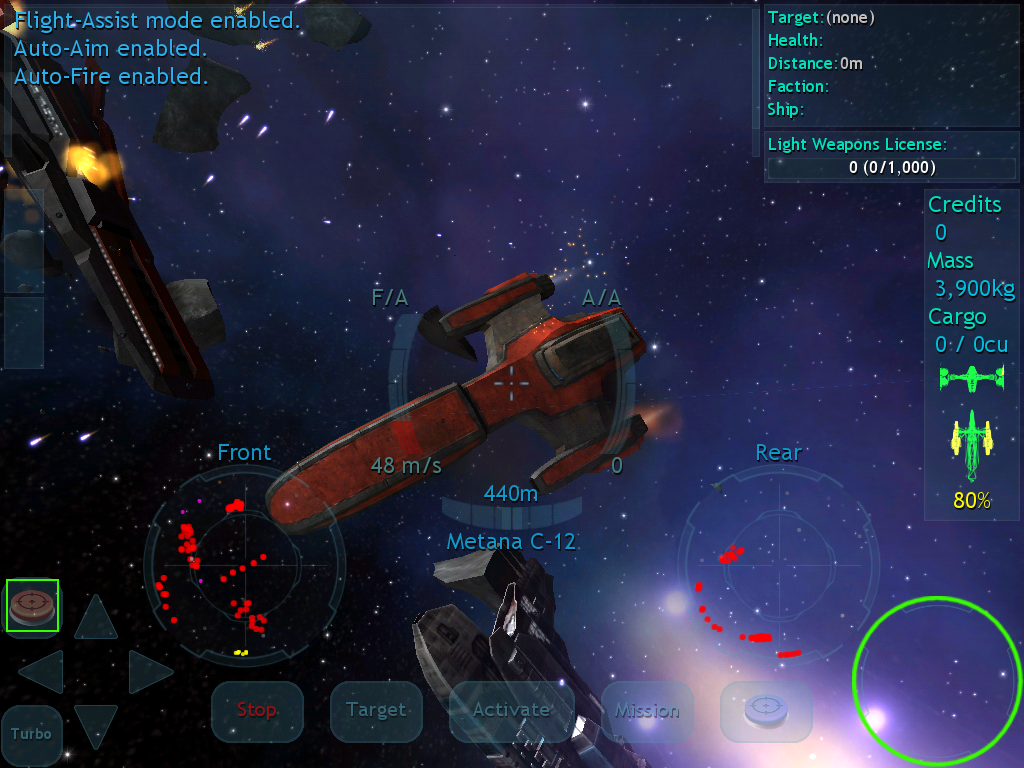 For PC gamers this game probably rings a bell even if you haven’t played it.  It has been around for about a decade and has been on my to play list for most of that time.  I like a game with space battles, especially with ship customization, and Vendetta Online has built a reputation for this.  Instead I got myself distracted by the games like Star Trek Online and the possibility of customizing my own Federation ship only to find their on-planet battles felt less exciting than the space battles.  Fast forward a bit and the opportunity to try out Vendetta Online comes up, this time while I traveled on vacation with my iPad, and it is an opportunity I can’t pass up on.

The storyline is huge and rich, I don’t think it can be easily summed up into a couple of paragraphs but if you need at least a vague idea of what is in store there are different factions you can join, guilds you can join and create, all that developed over a long history.  For the full chronicled storyline which details the fate of humanity from 2140 to 4432 follow this link and settle in for some nice reading.

Vendetta Online is a space MMORPG, including major gameplay elements of combat, trading, piracy, scavenging, and a variety of missions. As a pilot for one of the three major nations, you will control various space craft depending on the task at hand. An Atlas-class ship will allow you to carry large shipments of cargo to the best-paying customer, though you’d make easy prey for a pirate in a much lighter Vulture.

The game first gives you two choices of controls, the thumb control setups that a lot of games use or motion control which can probably be as entertaining to watch someone play as it is to play itself.  Long term the thumb control system is likely to give more end game PvP control but motion is much more fun to learn, a bit more challenging and feels more like a ships control.  You quickly find yourself leaning and turning with the iPad and you need to be in a good sitting position with mobility otherwise this mode of gameplay will prove frustrating rather than entertaining.  If you are resting go with the thumbs otherwise your rest will end quickly. 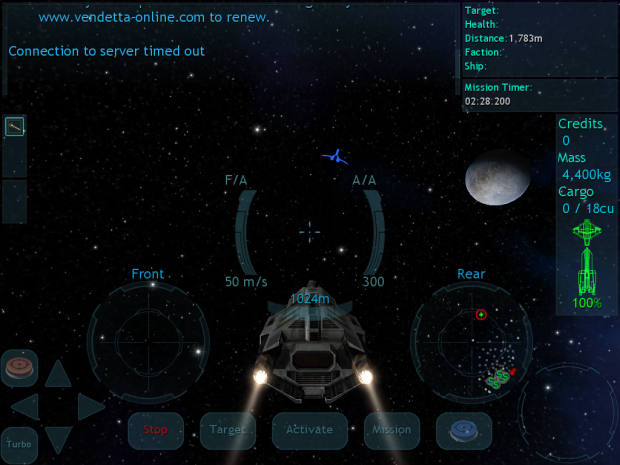 You are taken through a series of tutorials to give you basic understanding of running your ship as well as space battle and cargo collecting.  To keep players learning the basics and getting a feel for the game there is very little customization to start with which is completely understandable though to a player somewhat familiar with the system model it is a bit frustrating.  Having three different starship classes with very different builds on STO and then only being allowed to change out two sections of a single ship with only a couple of very small variations felt almost claustrophobic in gameplay.  They just really want to make sure you master your gameplay before moving on and make sure that you feel you earned your new ships and upgrades but the process requires a decent amount of patience.

Those who have played full dimensional flying or underwater games will get a feel for the movement quick whether thumb or motion, but players should still take their time to master it because many of the NPC ships are pretty tough and when it comes to PvP there are players that have been around a long time and have mastered the nuances of space battle and are more than willing to take your cargo rather than earn their own.  Pirates, privateers and just plain killers are out there in the galaxy and they probably have ships a lot better than your starting junker.  In the beginning you are better off running when you see another player ship coming, and probably most NPCs when you start.

One of the great things about this game is the variety of choices you have in what roles you take.  You can be in a guild or you can be a lone wolf, you can be a transporter, a space trucker of sorts and just haul things around.  You can be a miner collecting the most valuable minerals or you can be a miner’s bodyguard, keeping them alive while they get the goods.  Or you can get handy with the guns on your ship and make a name as a fighter throughout the universe.  Play style is limited to your imagination and fancy.  All players regardless of their platform are in the same continuous universe too so you can take your same ships for a run regardless of whether or not you are on your computer, your iPad or even your Ouya when it comes out. 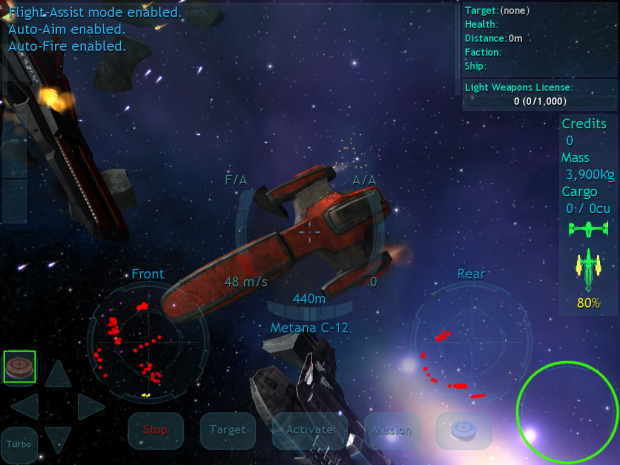 Vendetta Online is a great, long haul play. It takes a little warming up and a bit of time investment to really get your ships up and running but it is worth it.  Subscriptions are “lite” with level caps, guild limitations and ship building limits and only run $1 a month.  Full subscriptions range from $9.99 or lower depending on the length purchased and give you uncapped, unlimited play.  Whichever choice you go with it is a good deal and allows you to play the account on any of the system choices which makes it an amazing versatile subscription that someone could easily get their monies worth out of in the great wide open of space.