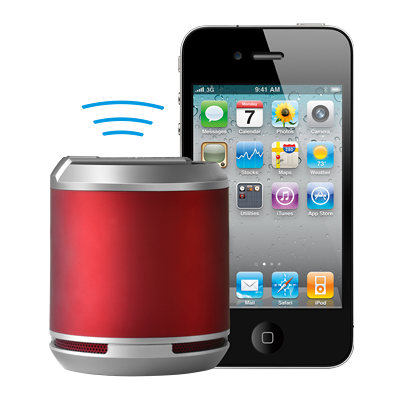 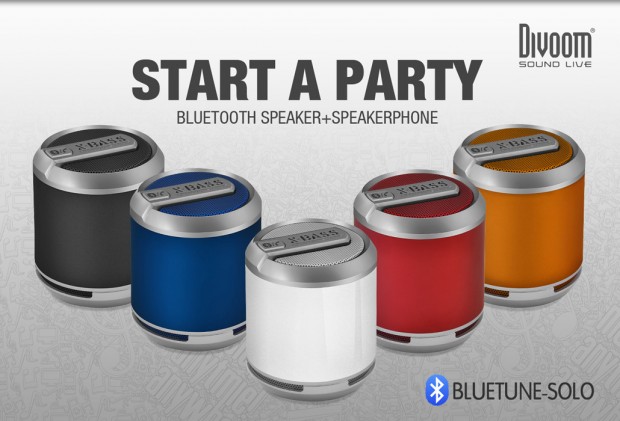 For whatever reason, the universe hates me when it comes to portable speakers for my bluetooth and music devices.  Over the years, I have tried a number of products that just never seemed to give me the quality of sound that I was looking for.  This explains why my heart sank a few levels when I heard my next review would be the Bluetune-Solo bluetooth speaker from Divoom.  Preparing myself for another disappointing product that didn’t deliver on what was promised, I awaited my package to arrive.

The Bluetune-Solo came packaged quite nicely, displaying the speaker prominently at the top of a rectangular, clear box.  In the bottom half of the package, came the needed cord and manual to get you going.  The cord for the Bluetune-Solo is a USB connector that is used to charge your speaker, but it also comes equipped with an optional 3.5 mm jack to plug into other devices that cannot be connect via the bluetooth feature.  My particular speaker came in the matte orange color, which I really liked.  The Bluetune-Solo speaker also comes in matte red, blue, white, and slate.  For this review, I focused on using the Bluetune – Solo speaker with two of my devices, my iPod Nano via the 3.5 mm jack, and my Samsung Galaxy SIII via the bluetooth connectivity.

Before we get into how the Bluetune-Solo speaker fared over my week of testing, let me give you the official specifications and features for the speaker.

I also used the Bluetune-Solo speaker with my Samsung Galaxy SIII, both for music and for hands free calls.  I have always hated in-ear bluetooth headsets for driving, they always seems to end up hurting while in my ear and never feeling comfortable.  I used the Bluetune-Solo speaker for all my calls while I was in the car, and it worked fantastic.  By attaching it to my dash using a little velcro, I was able to just click on the button to receive all my calls and never had an issue with hearing or being heard through the speaker.  I also connected my phone during the music playtest with my Nano, and could make and receive calls even with the music playing through the speaker.  The music volume would lower while the call volume stayed at the appropriate level.  I never once discovered any issues with hearing or being heard throughout my testing.

The Bluetune-Solo by Divoom has proven me wrong about the capabilities of these types of speakers.  Both my music and my calls came through loud and clear over the speaker, and I was quite please at how portable this speaker truly is since it only stands about 2.75 inches tall.  The Bluetune – Solo speaker really outperformed my expectations, which admittedly were rather low to begin with.  However, this is not to say that I didn’t put the Bluetune – Solo to the test, and it passed every use I could think of for it, from using it in my house during a cleaning session, to using it at my desk in a loud classroom.  If you are in the market for a bluetooth speaker that can also double as a speaker for your 3.5 mm devices, then I would highly recommend checking out the Bluetune-Solo speaker by Divoom. this speaker really impressed me with its performance.  The Bluetune-Solo speaker is priced at $49.99 and is currently available.