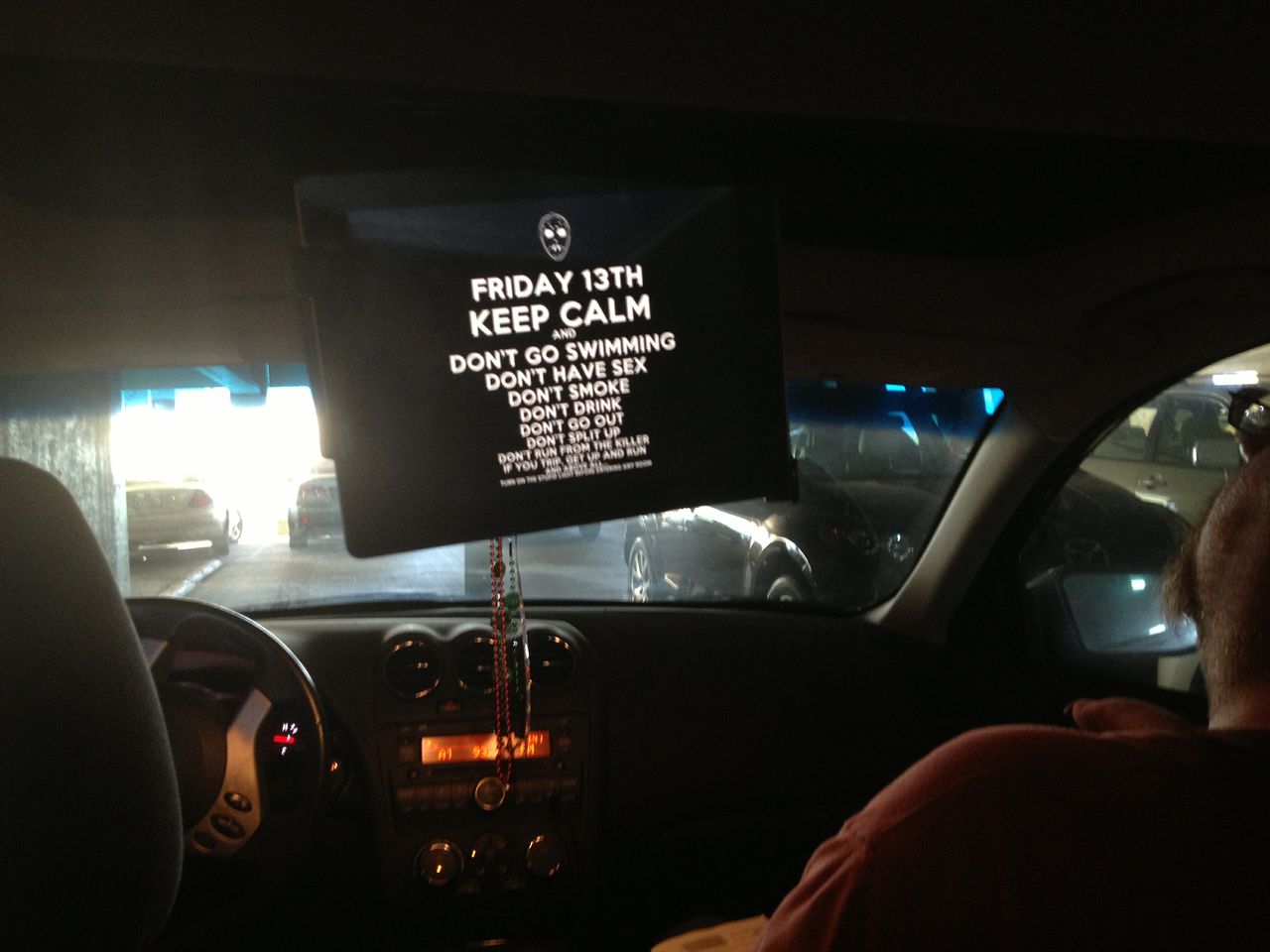 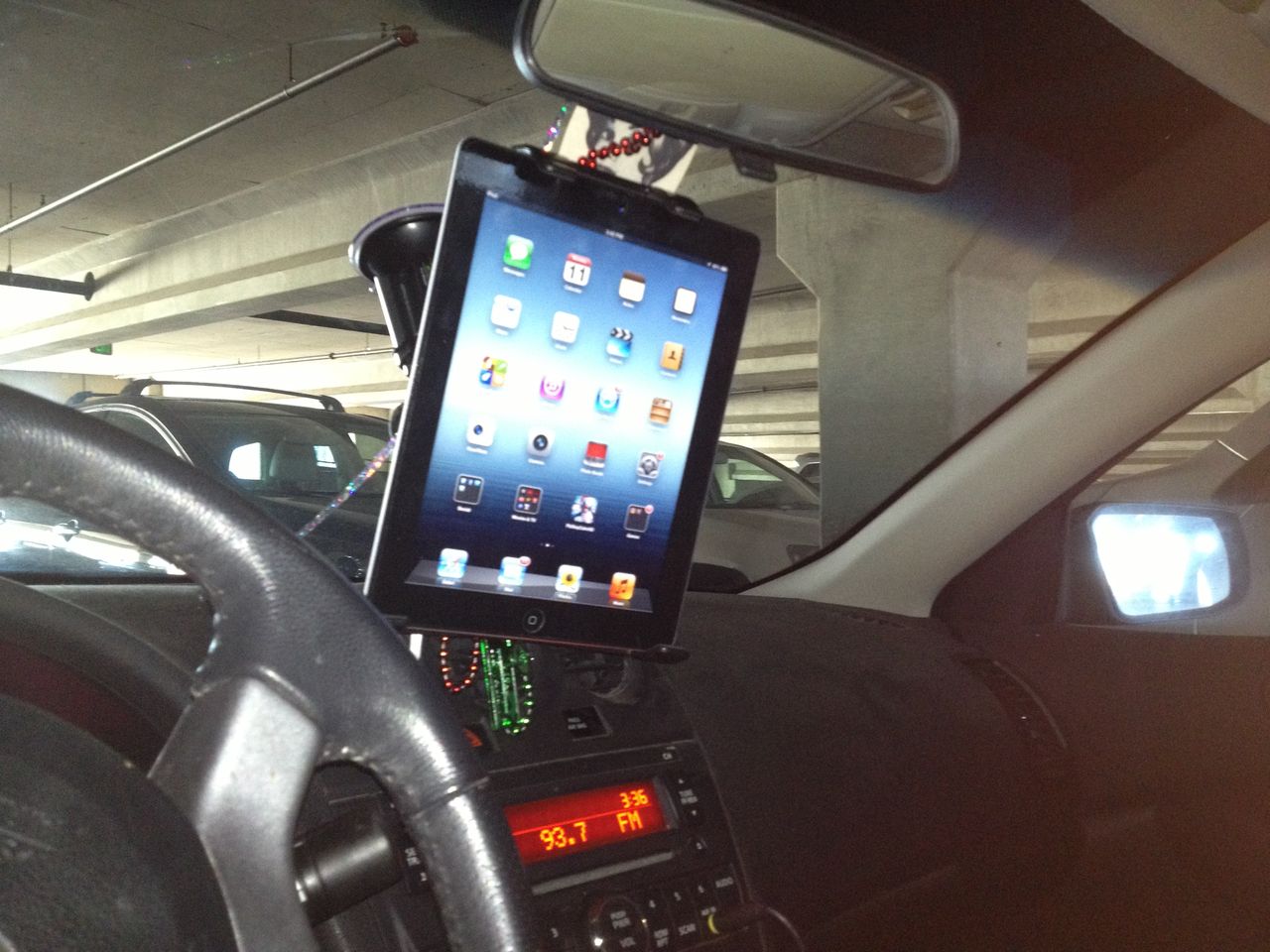 Let’s face it, most of us have a hard time getting the money together to get a fancy, in-dash GPS, so we wind up using a device such as smartphone or tablet instead.  Recent additional features on some devices adding voice directions help too but, sometimes, you find yourself wanting to avoid traffic or detouring for some other reason.  As a result, we may find ourselves wanting to look at it while obeying the “hands free laws” implemented in many states.  Bracketron has come up with a straight solution to this and other vehicular device desires with their Universal Tablet Window/Dash Mount. 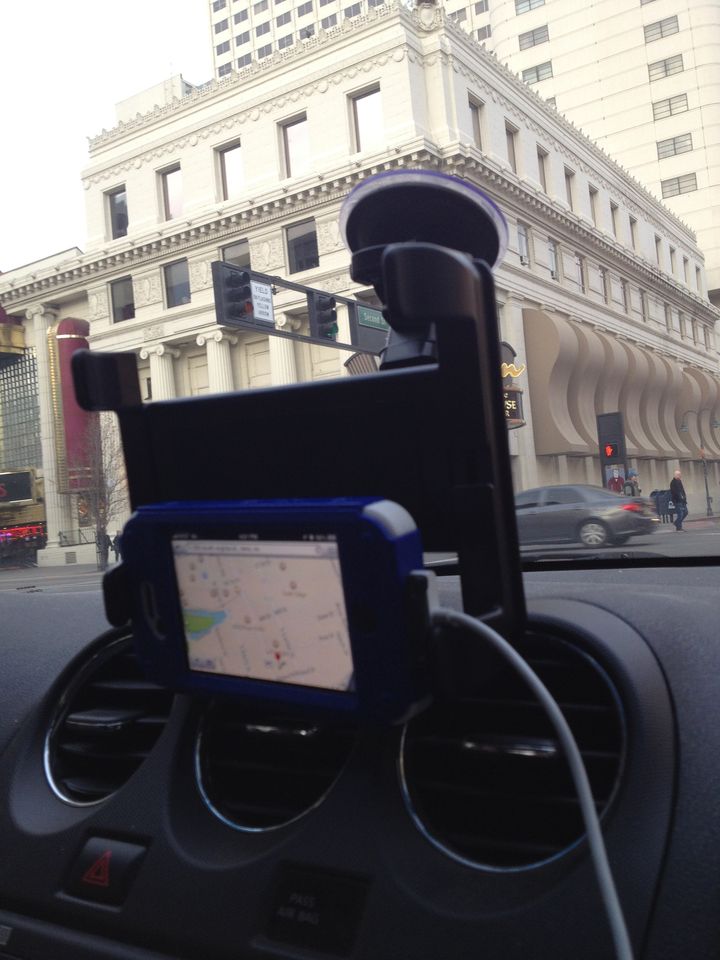 When they say universal, they really mean universal, it is designed to be adjustable enough to fit a full size iPad, but condenses down to the point of almost being able to hold an iPhone 4S safely!  Actually in my heavy duty drop proof case it holds my iPhone quite well and secure and would take very little work to modify for most other phones.  It is designed for the tablets though and no modification is necessary to hold those.  You just put the device in the bracket, lock it in then adjust the arms how you want them to point the tablet in any direction you wish then you can lock it down again.  Easy and quick, which are two VERY important points when using such a bracket because if it takes too much time of effort it won’t be used as regularly. 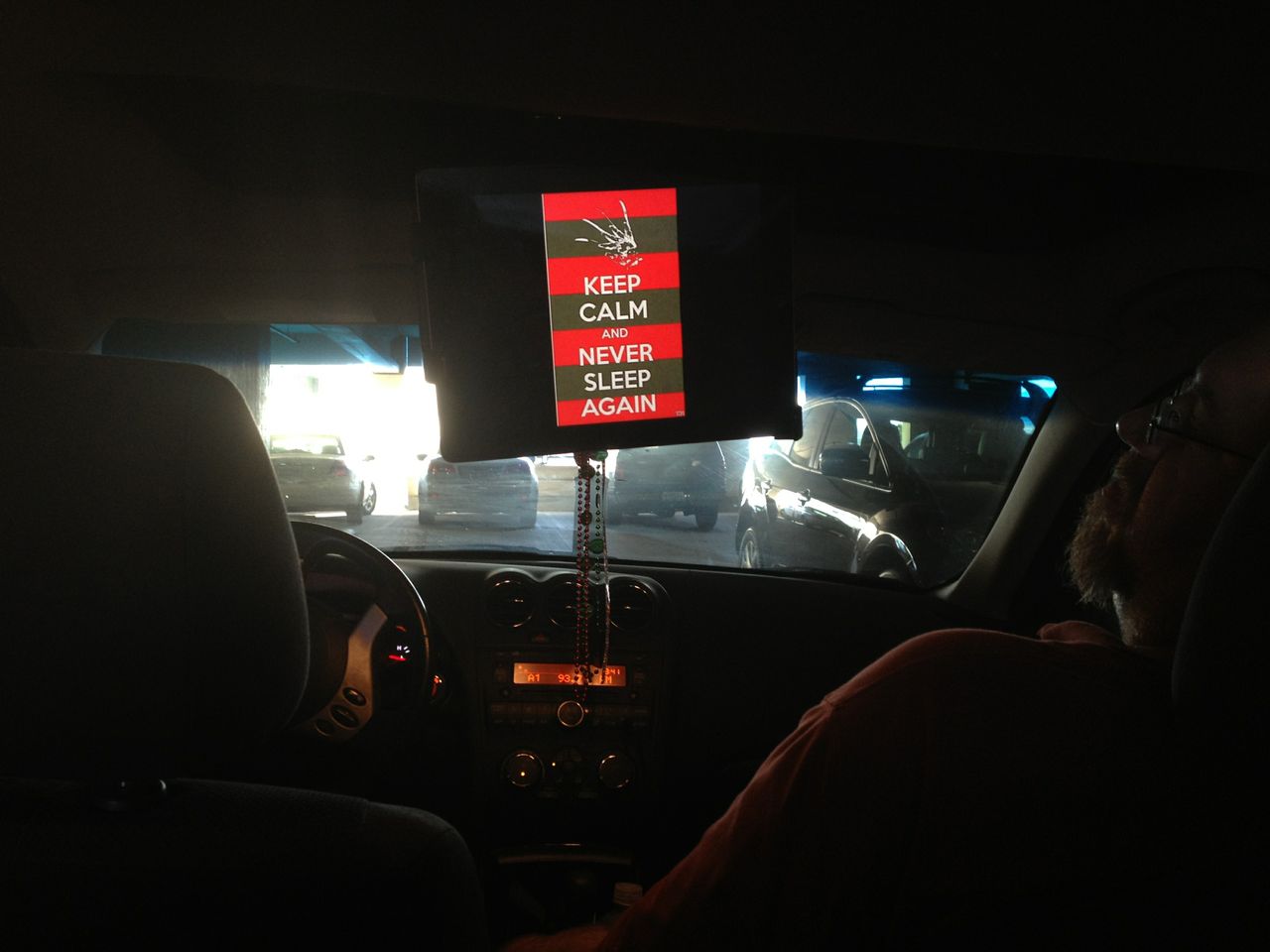 Installation for window or windshield mounting is insanely easy, just putting the suction cup up against the glass and adjust the section tension using the ratcheting lever.  If glass isn’t available for mounting and your dash is too porous for a suction cup then the kit also comes with a 3M stick plate that can be stuck to a surface and used as a suction point.  I could see this being of use in particular if you have small or heavily slanted windshields such as a compact with lesser visibility in which case a tablet can take up a lot of your safe viewing space and could become a hazard.  The full size iPad in particular can cause driver visibility issues above the dash in the front windshield.  With the 3M disc any surface it will stick to becomes your mount location yet you still have the versatility of removing it when it might be in the way or you wish to use the mount in another vehicle. 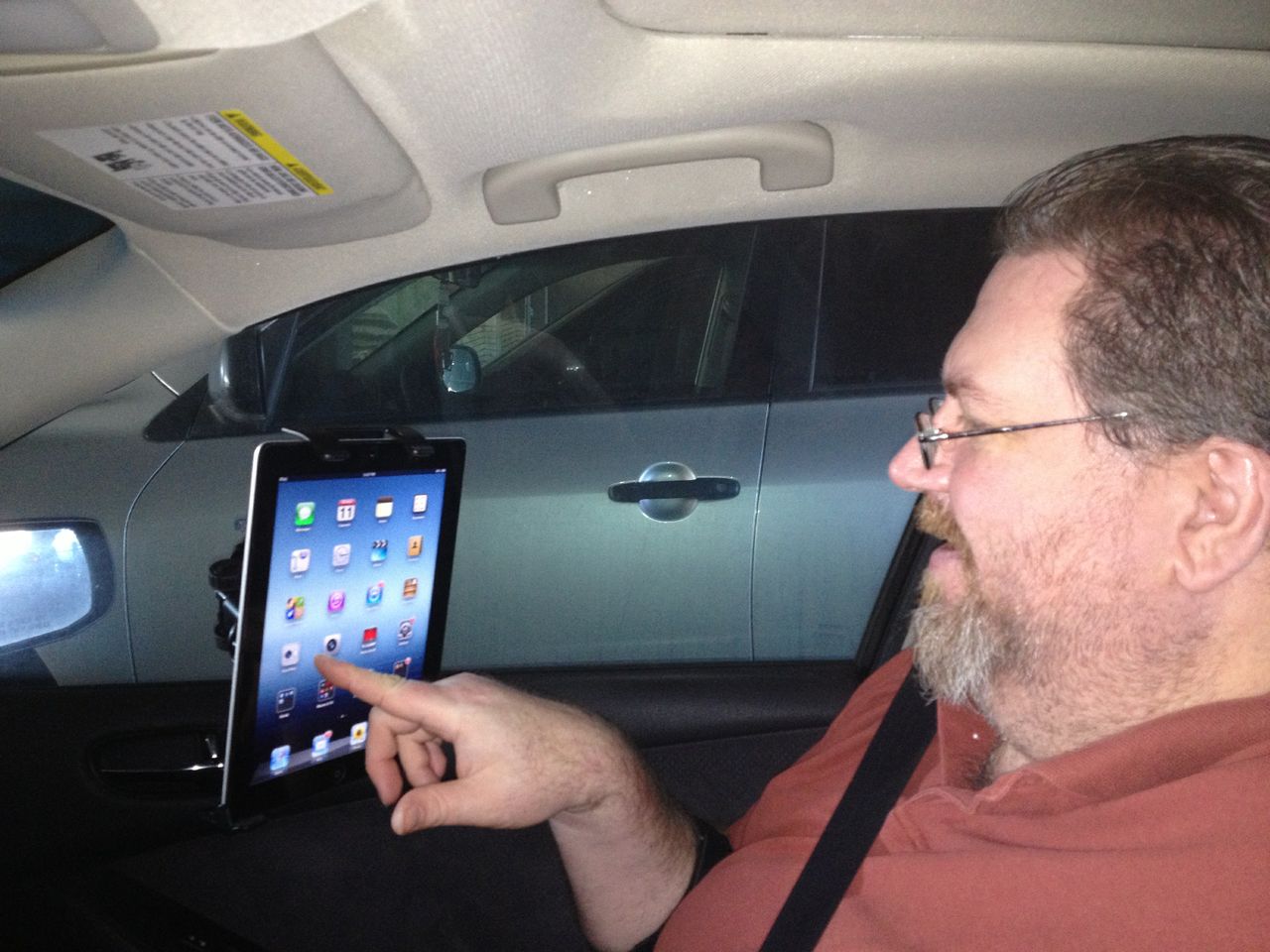 This mount is also great for using a tablet as an entertainment device in the vehicle for the passengers.  If there is a sun/moon roof in the car the suction cup mount can be attached to it and then the passengers in the back seat can watch movies on it almost like it was a factory installed feature.  On the passenger side of the car sticking the suction cup on the window would back it great for mounting for kids to watch movies or the driver’s co-pilot to read the maps on it and give directions.  I can even see it being used in conjunction with a wireless keyboard to allow someone sitting in the passenger seat to use a Bluetooth keyboard on their lap while the tablet is held up at eye level for them to see.

The Bracketron Universal Tablet Window/Dash Mount is truly universal, with uses limited only by the imagination of the user.  My personal plans are to use it for both my iPad and my iPhone at the same time during trips so that I can use my phone hands-free but, at the same time, have the nice large screen of the iPad for mapping purposes.  At home, I have a wooden bar stool next to my gaming chair with a lacquered non-porous top so I can attach the bracket there and have it held up in front of me while I type on a Bluetooth keyboard.  I bet I will even come up with some more uses after that, maybe on the bathroom sink to angle it toward the bath to watch movies in the tub while keeping it at a safe distance?  Limited only by the user’s imagination! 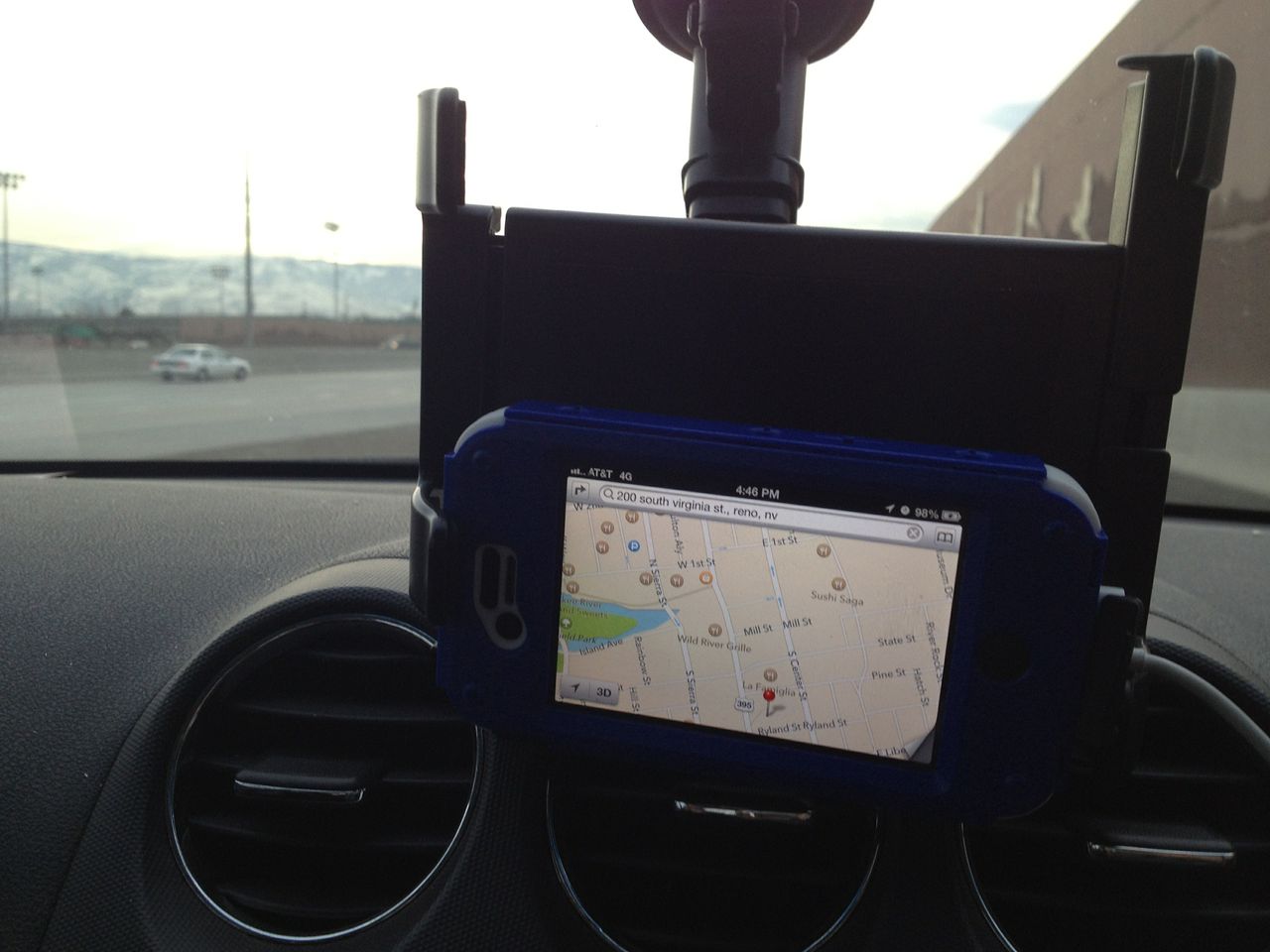 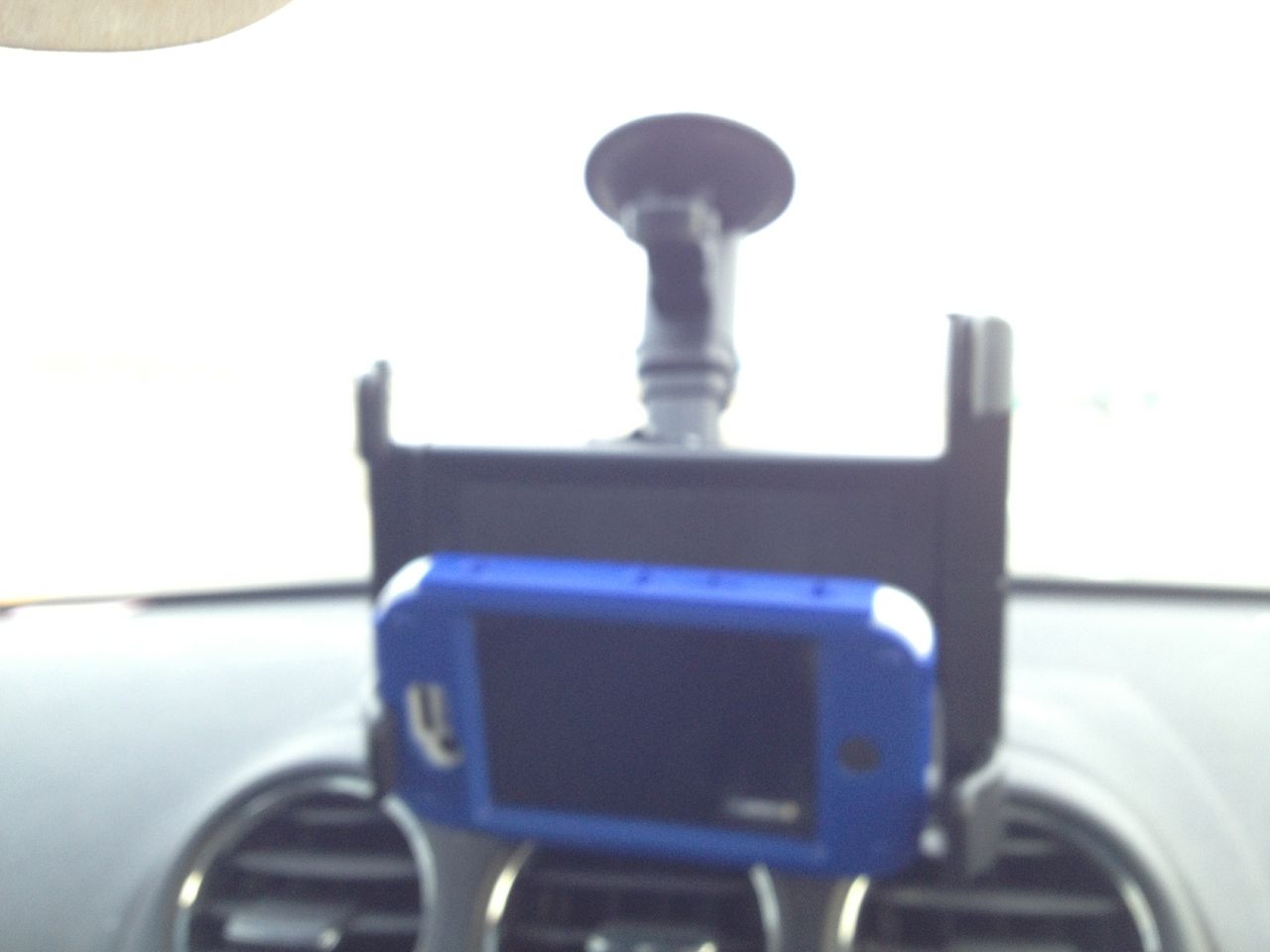 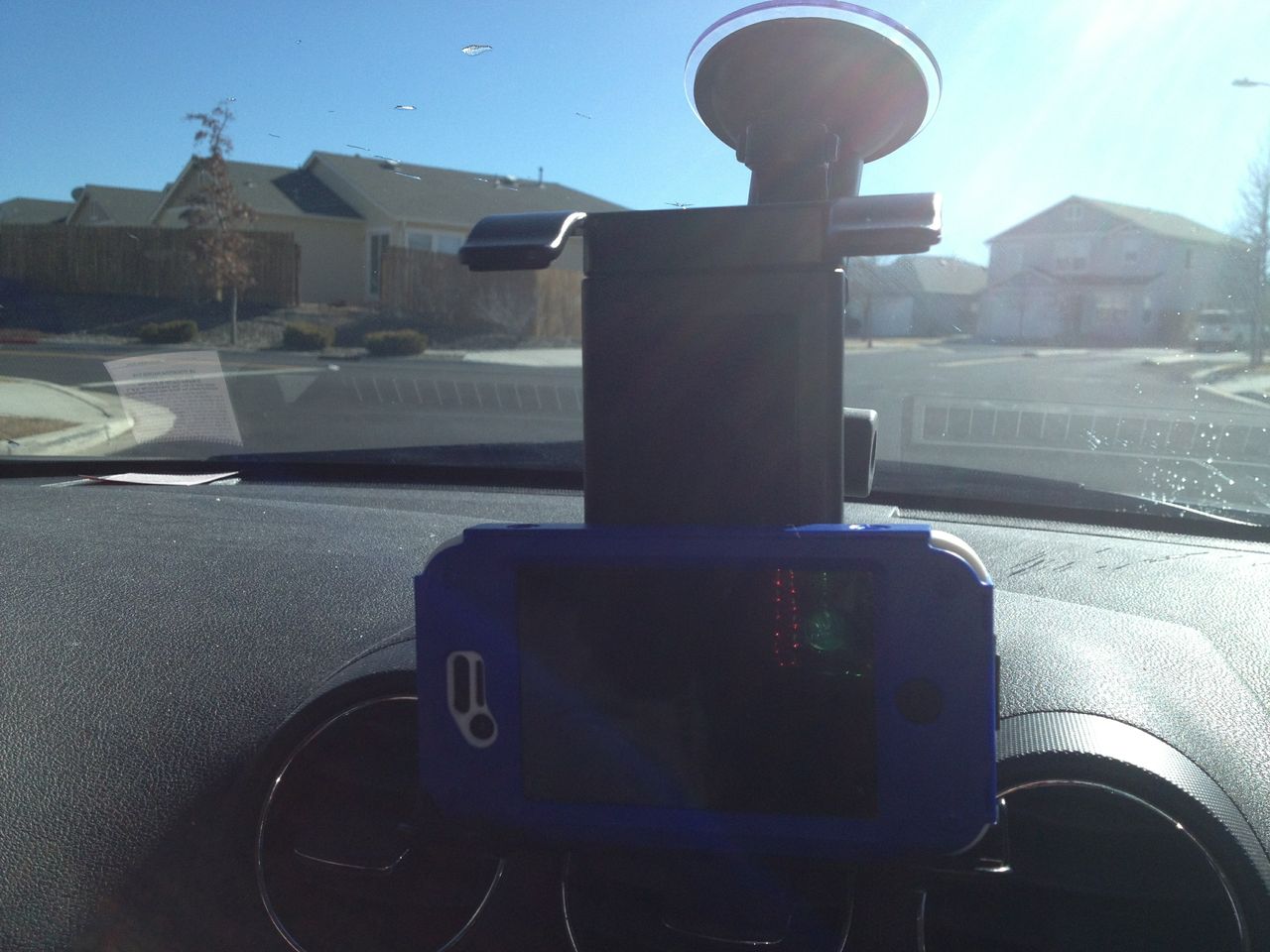 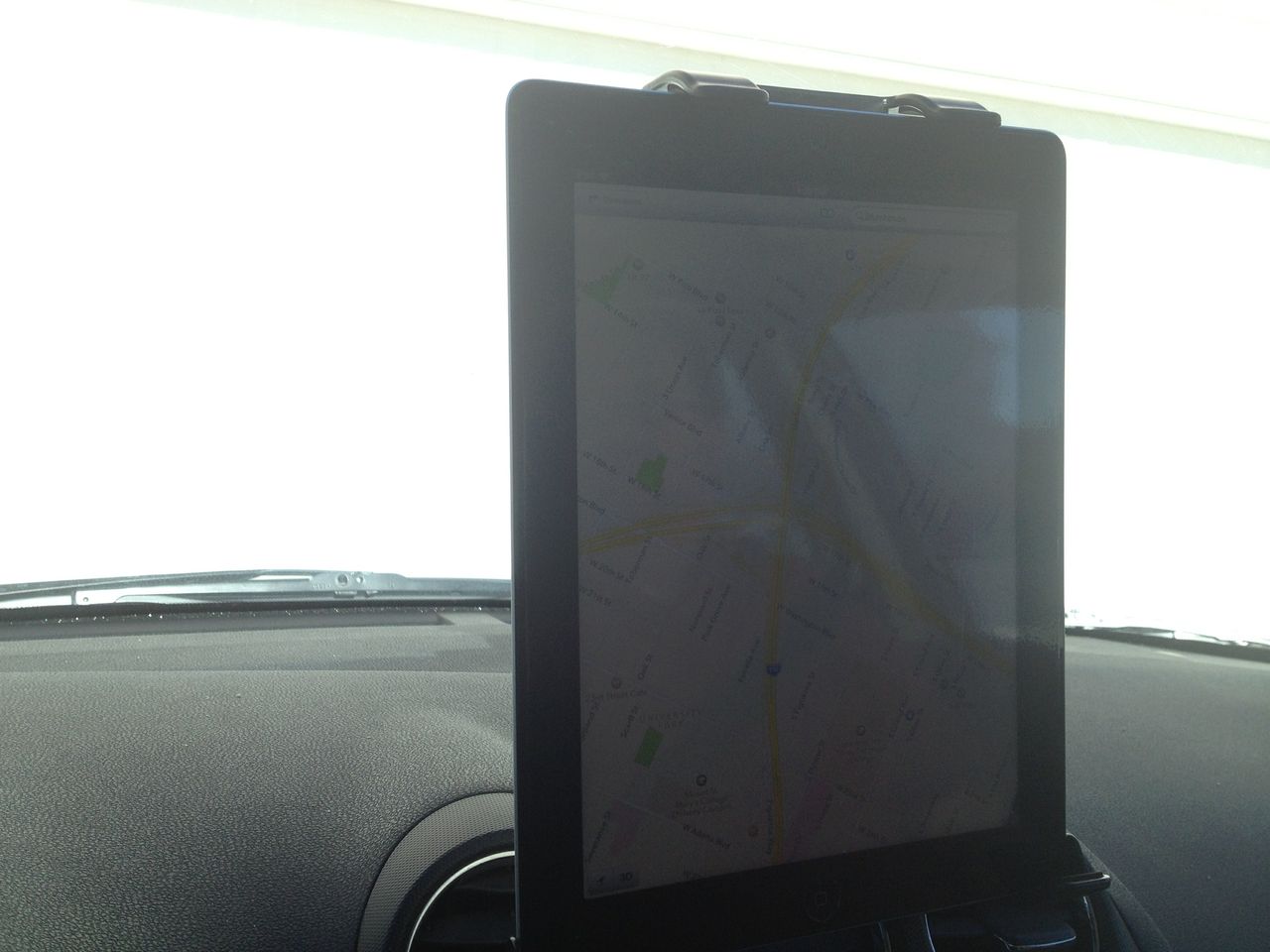 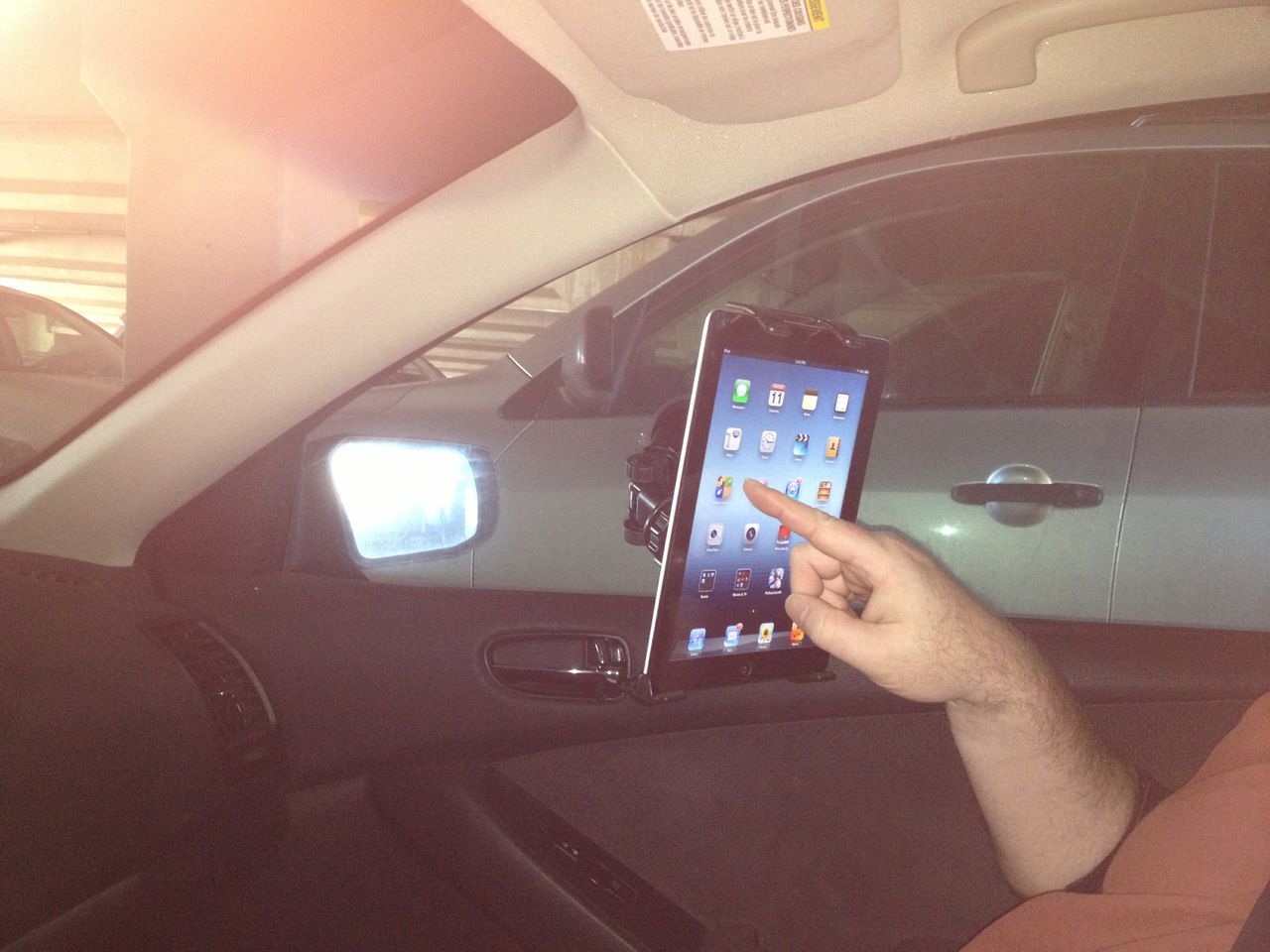 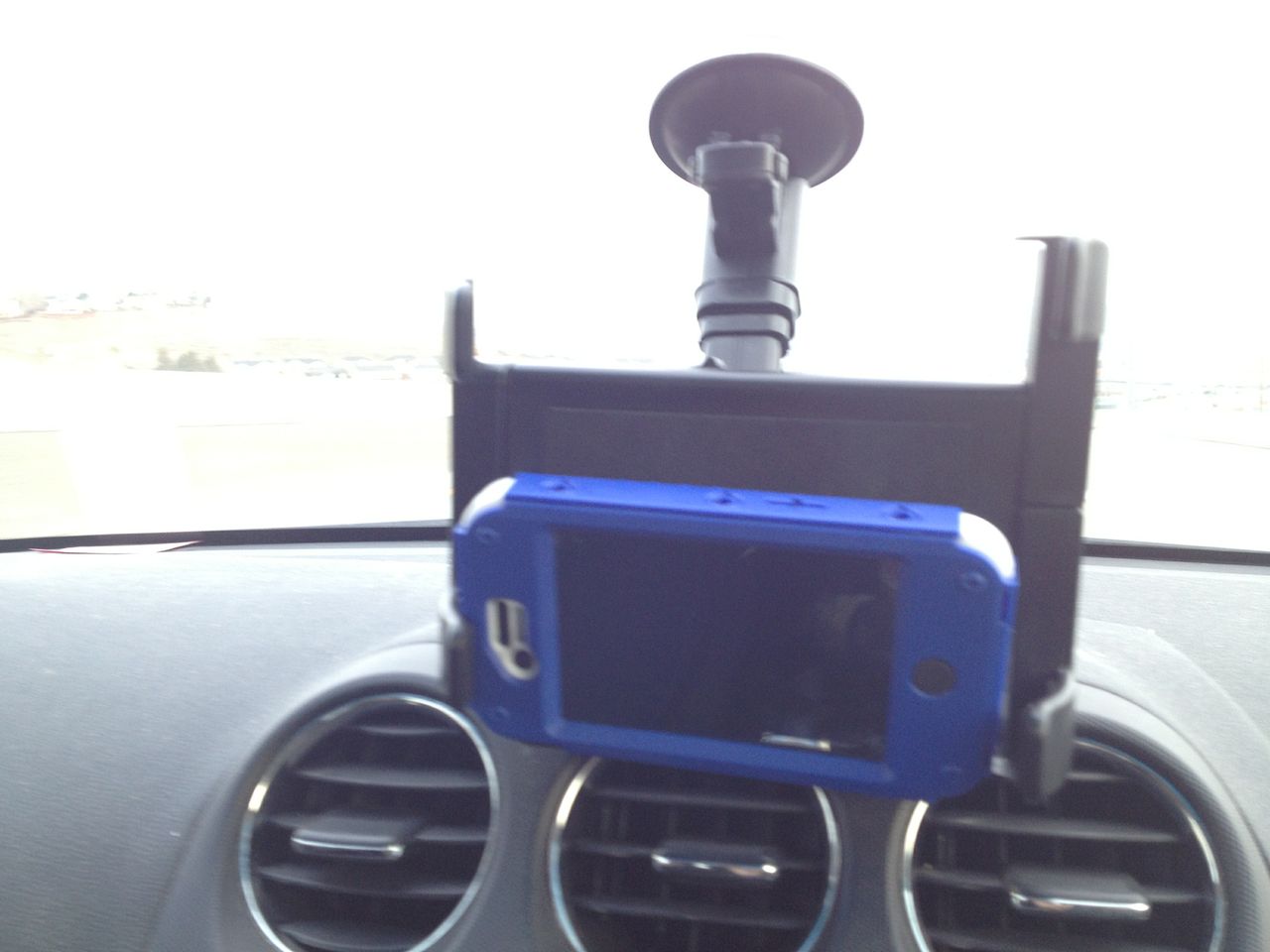 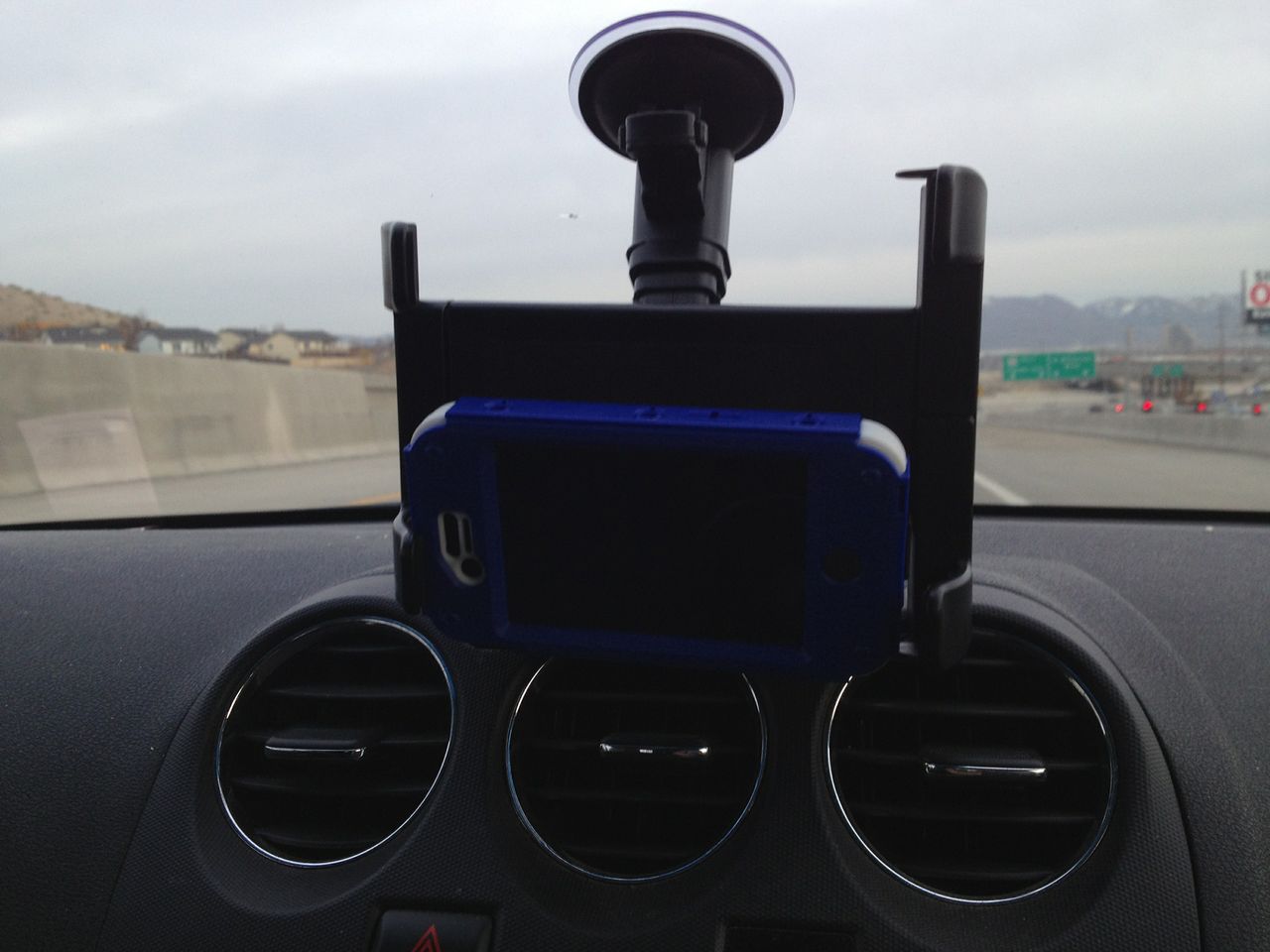 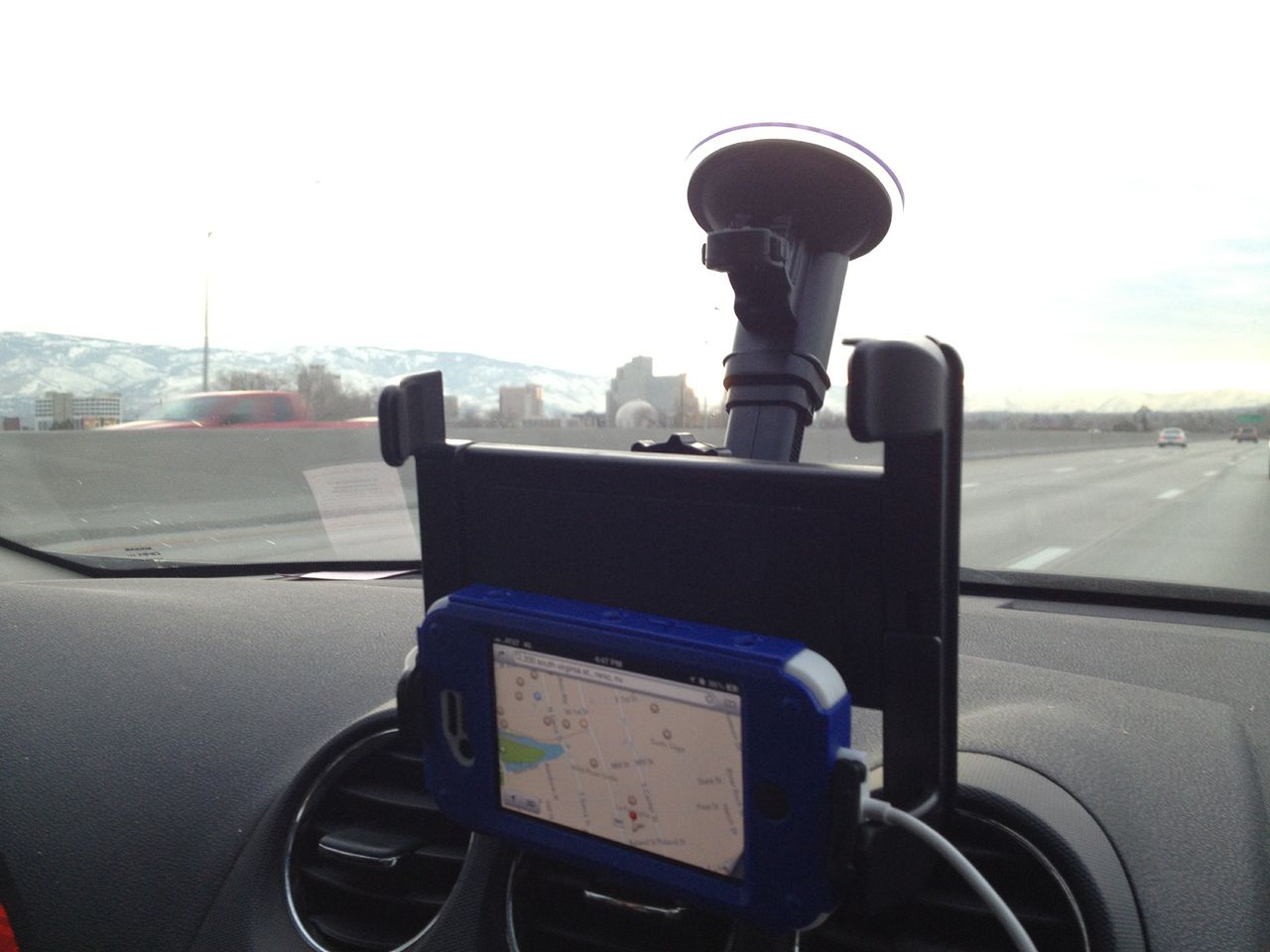 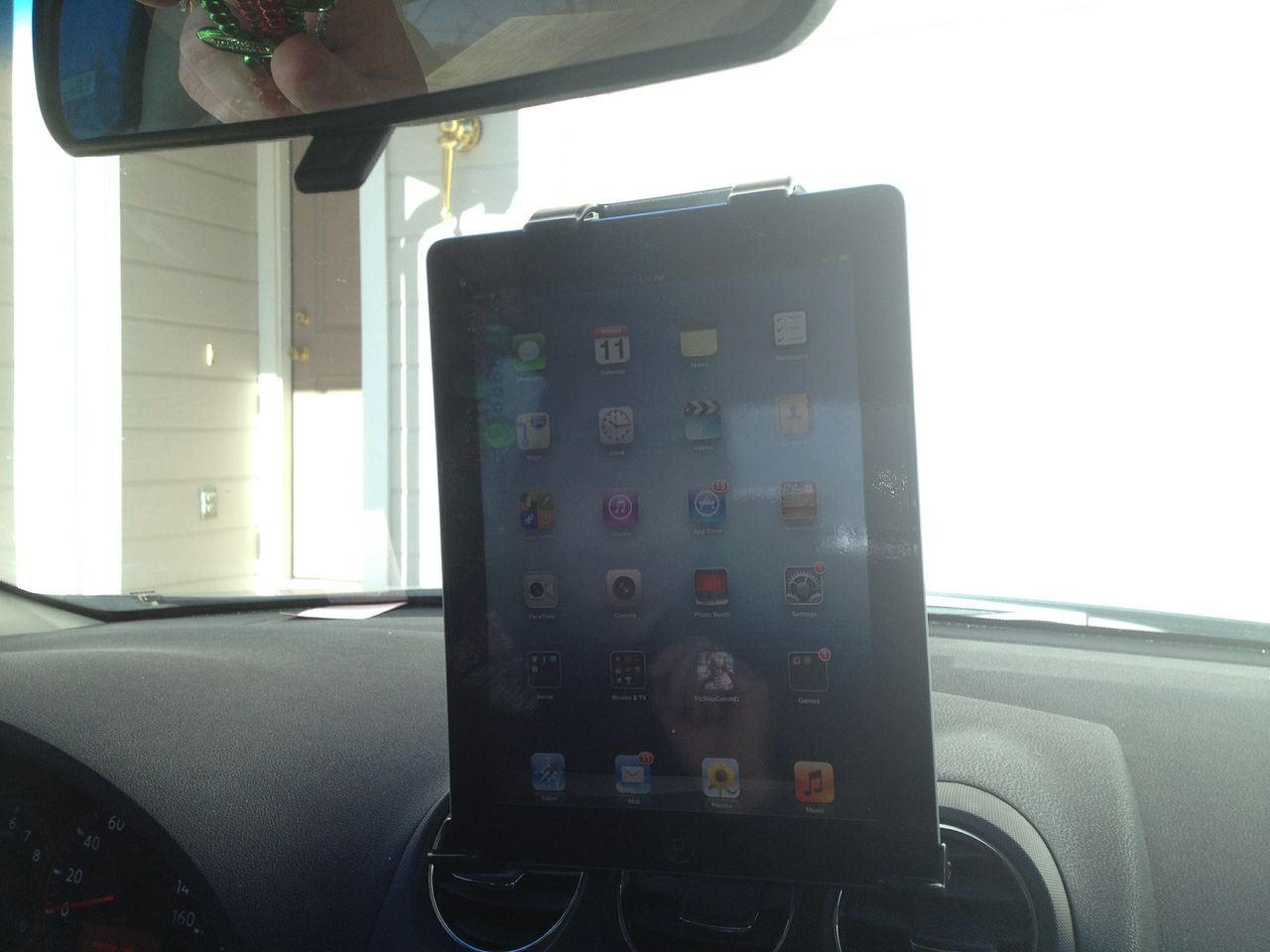 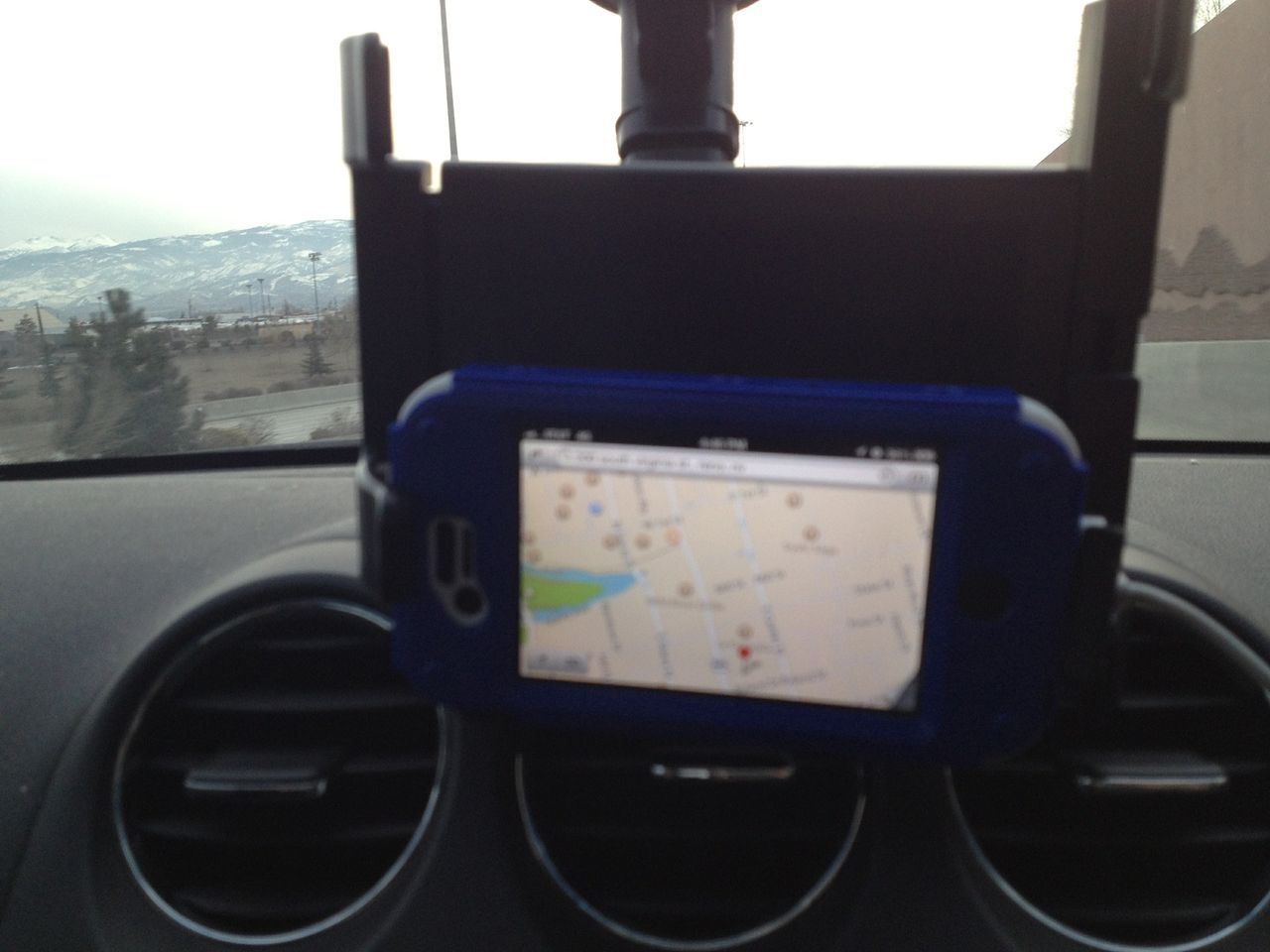 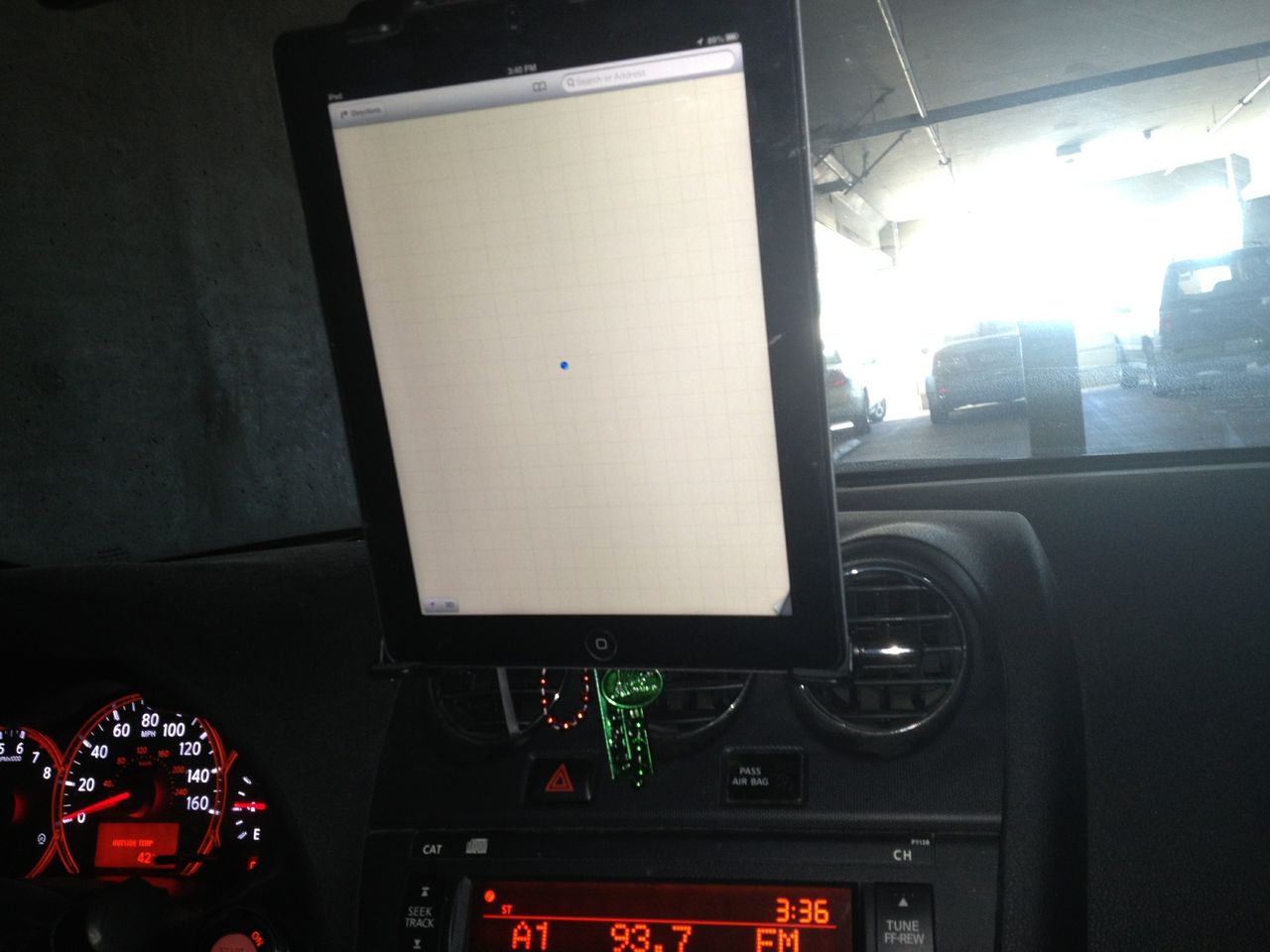 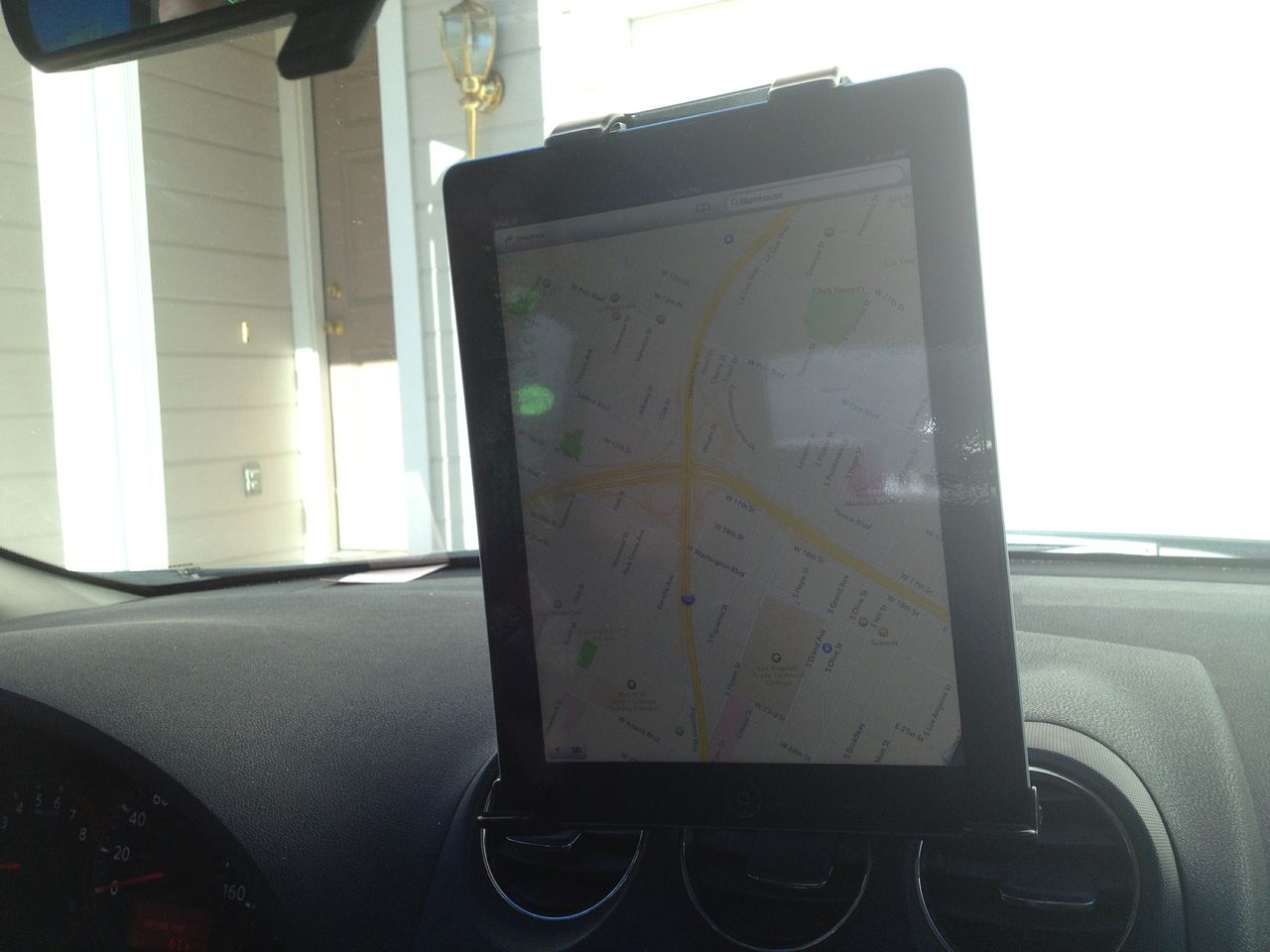 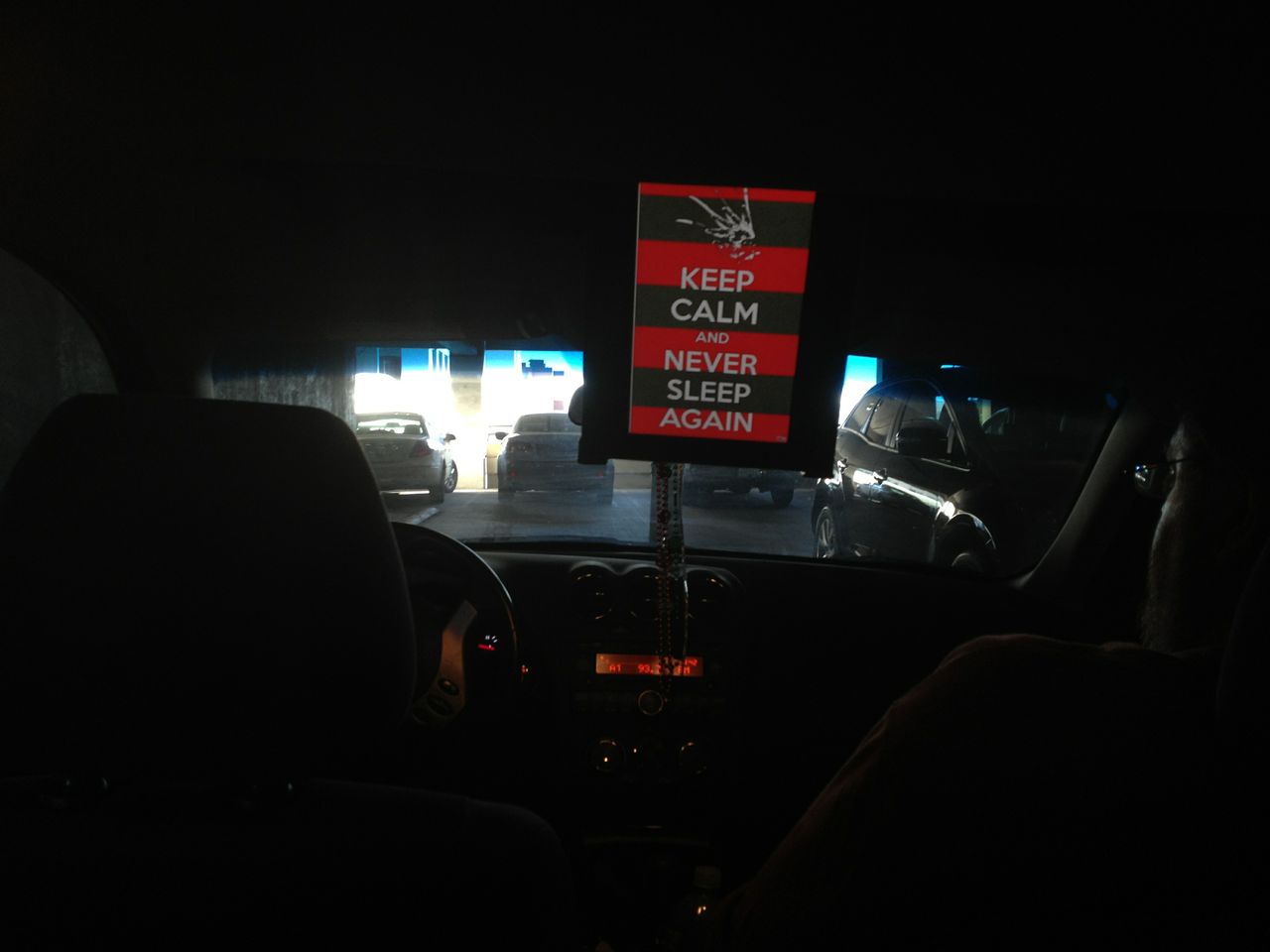