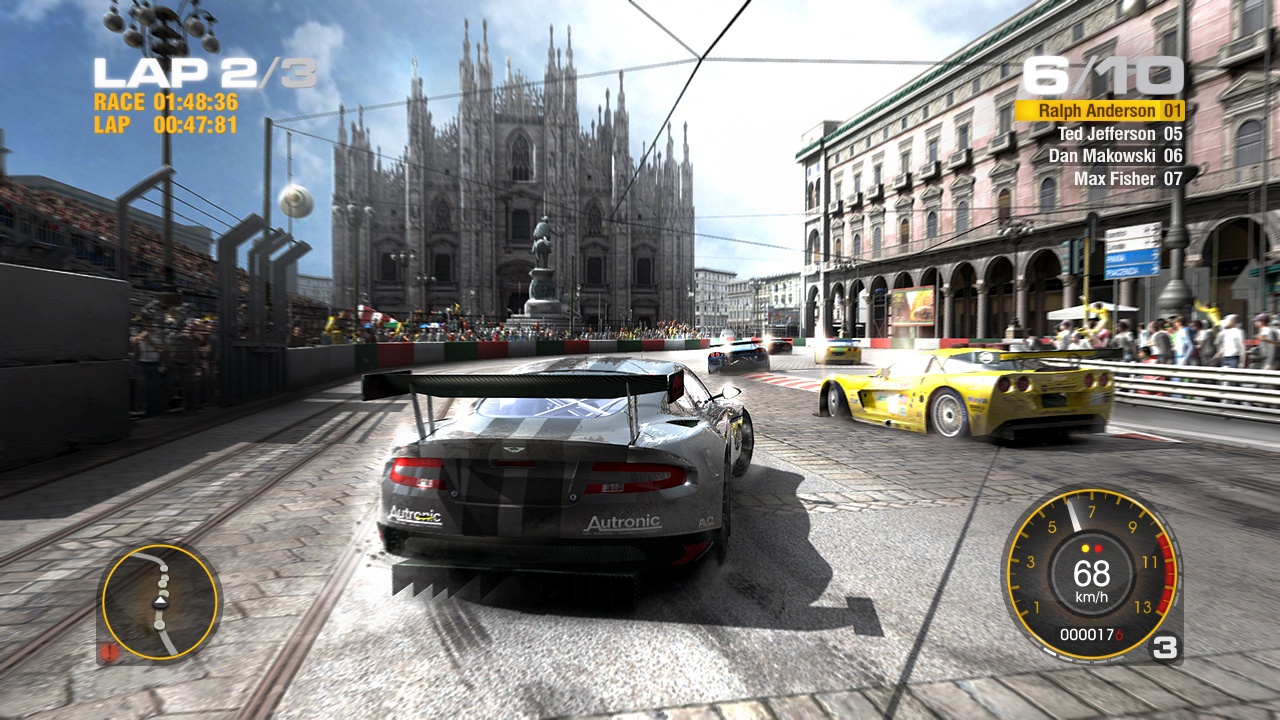 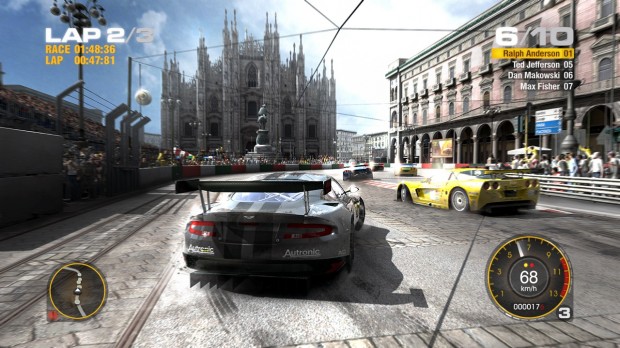 On February 4th, 2013, I got the chance to head up to the offices of 47 Communications in Los Angeles and preview Codemasters upcoming GRID 2. The preview was basically showing us some of the game’s single player component – an area which many racing titles skimp on in favor of multiplayer race modes. In a surprising turn of events, it appears as though GRID 2’s single player campaign is expansive, and revolves around a “dual journey” concept. The first of these journeys is the evolution of the W.S.R. (World Series Racing) race league. The idea behind the league is that fictional “gearhead” and multi-million dollar mogul, Patrick Callahan, wants to unify the various racing leagues around the globe and organize a tournament to find out just who the best racer is. It is a lofty goal, as there are a huge number of racing groups, leagues, and clubs to contact, gain the respect of, and ultimately get to join. Callahan can’t do this job alone, so he recruits the player to help him. Thus begins the second journey, that of the player.

GRID 2’s single player game takes place over four racing “seasons”, each sending the player to various parts of the world to spread the word of the W.S.R. In order to gain player experience, racers must do well in various events in order to gain fans. Fans are the main currency of the game. As the player progresses, you will get informed as to fan opinion of your deeds through short cut-scenes of various social media feeds. Additionally, Codemasters has teamed up with ESPN, which has created several SportsCenter segments for the game. These segments feature ESPN personalities such as Toby Moody and add a real-world feel to the experience.

Here is some gameplay footage from GRID 2

After getting briefed by the devs, I got the chance to go hands-on with the game in a few different areas, vehicle types, and tracks. The “feel” of the vehicle handling was convincing, although I really need to check the game out using a racing wheel to be sure. Damage modeling is well-implemented and it is weirdly satisfying to see bits of the car you are driving scrape off when colliding with a wall. In the build I tried, damage was relegated to visuals only. In the game, however, gamers will be able to turn on full damage modeling, which can result in things like bent frames, blown tires, and a lot more. “Repairing” your vehicle is done by using a “flashback”, which rolls time back slightly before whatever collision you sustained. If you are out of flashbacks, you cannot continue and have to restart the race. When I asked if GRID 2 would be available on next-gen systems from Microsoft and SONY, the developers were clearly not going to touch my question with a ten foot pole. However, it would not surprise me if, based on their dodgy response, that they were not at the very least considering a next-gen version.

As far as the game’s multiplayer is concerned, the guys from Codemasters Racing weren’t discussing it just yet, but they did say that more details would be released soon.

Overall, my time with GRID 2 was positive, and knowing that at least one of the developers is big on PC sim gaming makes me very happy that I will be able to use this game with a huge array of racing wheels, shifters, and more. PC racing games often take a back seat to their console counterparts – this time, it looks like it is being given at least equal attention! I will definitely be picking up GRID 2 on launch day to bring you a full review.