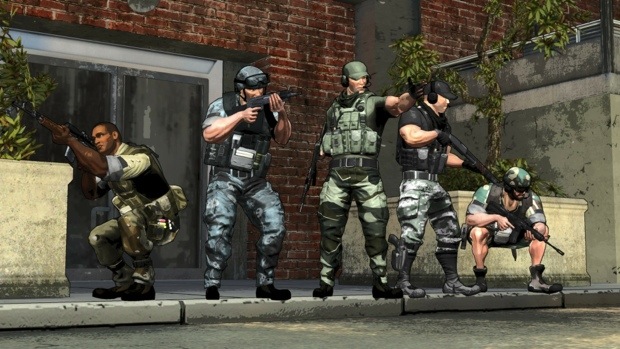 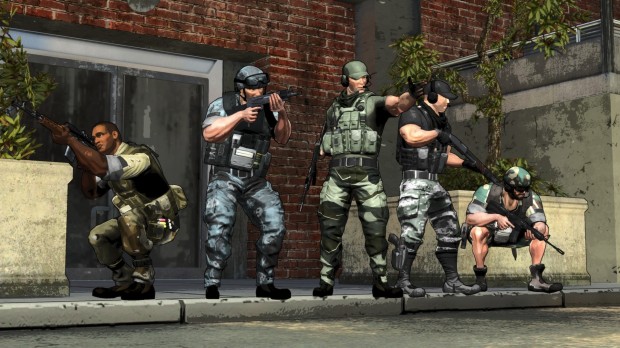 Player characters are very customizable and can be equipped with a variety of clothing, weapons, and equipment. Character progression is done through a simply leveling system. Gain experience, gain levels, gain the ability to use new stuff. Weapons are varied and should satisfy any shooter gamer. The name of the game in Special Forces: Team X is strategy and tactics. The team that works together, using cover and concealment as well as overlapping fields of fire will win – plain and simple. Special Forces: Team X has a visual style that screams “run and gun” but that could not be farther from the truth.

I played the heck out of Special Forces: Team X and have nothing but good things to say about it. Its visuals won’t be winning any awards but have a pleasing, cartoonish vibe sure to make parental groups feel better (despite the fact that there definitely is animated blood in the game). I can’t really even say how long I plaid as it just flew by in my various sessions. I usually play an automatic rifleman, providing suppressing and covering fire where needed. In this role, I was able to give my team added levels of flexibility and could control alley ways and choke points almost single-handed. 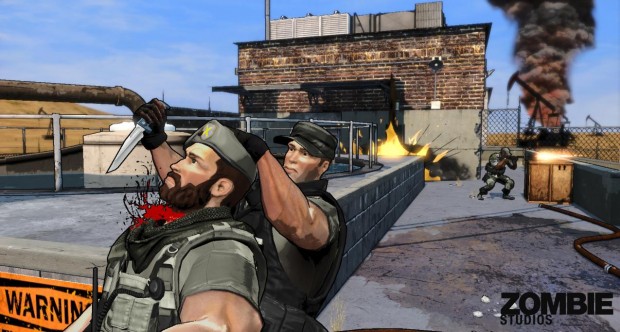 There are a variety of game types, from team deathmatch to capture the flag and more, so everyone should be able to find a type they like. At the start of every mission, teams all vote on the layout of the map. Maps are divided into sections and these sections can be inter-changed based on the votes tallied. This adds a huge level of replay-ability to the maps as they are often not the same as you last saw them, opening up brand-new avenues of strategy.

The cover system is easy to use and similar to that found in the Gears of War series of games. You can bend around cover to shoot or even blindfire. The game played flawlessly on my PC gaming rig and, IF it were a port, I could not tell as it. What I like even more about Special Forces: Team X is that there are no pay-to-win options. Everyone has the same opportunity at equipment and weapons – you just have to play to gain experience.

Some gamers seem to be reporting lag issues but I didn’t experience anything like that during my time with the game. My only complaint is that more people have not caught onto the game just yet. It is my hope that Zombie Studios will find some way to bridge the platforms, allowing play across PlayStation 3, Xbox 360, and PC gamers. I know a lot of developers don’t want to do that based on the control differences (could lead to one platform having an edge) but, it would allow players to have more opponents and teammates online.

Overall, I haven’t had this much fun with an online shooter in quite some time. Special Forces: Team X is a great game that is well worth its $14.99 price point. The game is available now on The Xbox 360 and Windows PC platforms. Just remember, use that cover!