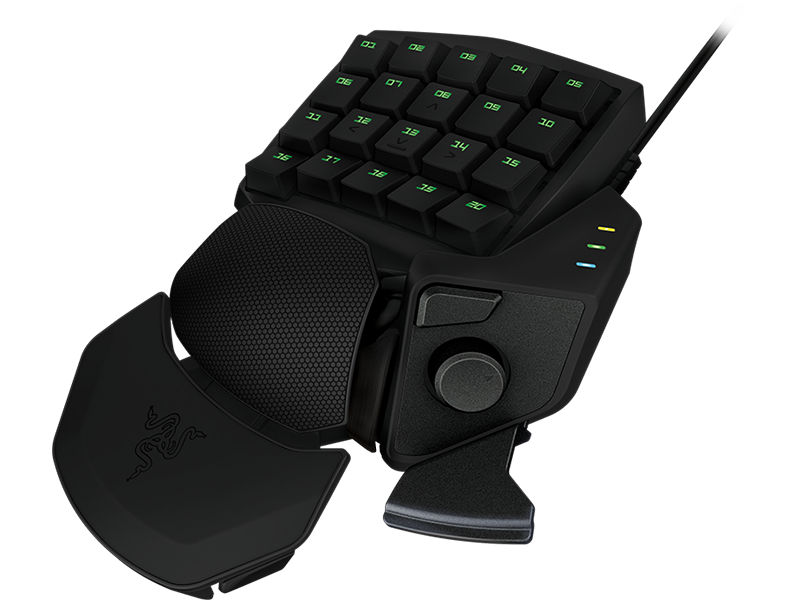 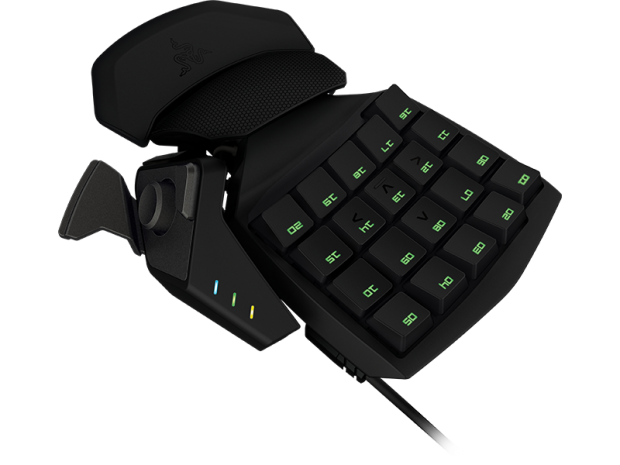 Some years ago, Razer teamed up with Belkin to create the n52te SpeedPad gaming keypad. The device was very successful, and pushed the boundaries of what a gaming keypad could offer gamers. Razer ended up taking over the gaming keypad and released it on its own as the “Nostromo”. Now, Razer is taking the gaming keypad to a whole new level as it has released the “Orbweaver Elite Mechanical Gaming Keypad”. Visually, the Orbweaver looks like an evolved version of its Nostromo predecessor, but the real difference is so much more than looks alone.

The Orbweaver (left) vs the Nostromo (right)

The Orbweaver features 20 programmable, mechanical gaming keys. Razer chose to use the Cherry MX Blue mechanical keys for the Orbweaver, which have a pleasing, audible clicking noise and a very short actuation length. The keys are very fast and feel terrific, unlike squishy membrane keys found on cheaper keypads. In contrast, the previous Nostromo keypad only had 16 buttons. Additionally, Razer has setup the device for 20-key anti-ghosting. This means that you can fully depress all of the keys at once and each command will be processed – a HUGE advantage over other keypads and keyboards that don’t have such anti-ghosting tech built-in. Razer’s new Orbweaver is also fully-compatible with its Synapse 2.0 control software suite. This allows you to take your Orbweaver’s settings through the cloud to any PC you download the software to. I have to give Razer some serious Kudos in their Synapse program. The idea of unifying drivers and control profiles like this in the cloud is a stroke of genius. The Orbweaver does allow gamers to adjust the various hold points on the keypad for better fit and increased hand relaxation. However, this is a process which can take a while as it requires a bit of trial and error to find just the right position for the various pads. Once set in place, however, your hand should be comfy and free of strain.

Razer has kept the directional pad from earlier models on the Orbweaver, and it can replace using the WASD keys for moving around in shooter titles as well as any other function you configure it to. The 8-way directional pad works surprisingly well for moving your character on-screen which is something I was not expecting, just thinking on a bio-mechanical level. Additionally, gamers using the Orbweaver can switch between 8 different keymaps and an unlimited number of profiles. This expands the usability of the Orbweaver a great deal, and I would have no problem using it for a long while into the future.

The Razer Orbweaver’s biggest problem is its price point. At $129.99, the Orbweaver costs more than many full-sized gaming keyboards. This price point creates somewhat of a dilemma  Does a gamer go for the big keyboard and be able to type on it or the smaller keypad and only be able to use it for games and non-typing applications? I am unsure as to what the Orbweaver actually costs to produce, but I would have liked to see the peripheral go for a $99 dollar price point.

Overall, the Razer Orbweaver Elite Mechanical Gaming Keypad is an exceptional device for gamers who prefer maximizing the available space on their keyboard trays or have a desk setup with a lack thereof. Flight sim aficionados will find great use for the keypad, as it allows them not to rely on a full-size keyboard for more mundane commands (e.g. landing gear, trim, etc) while still being able to use their flight stick in center position. FPS gamers will appreciate its small profile and quick-action keys, which are very close together. These factors greatly increase reaction time and helped me in several multiplayer matches of Call of Duty: Black Ops II.