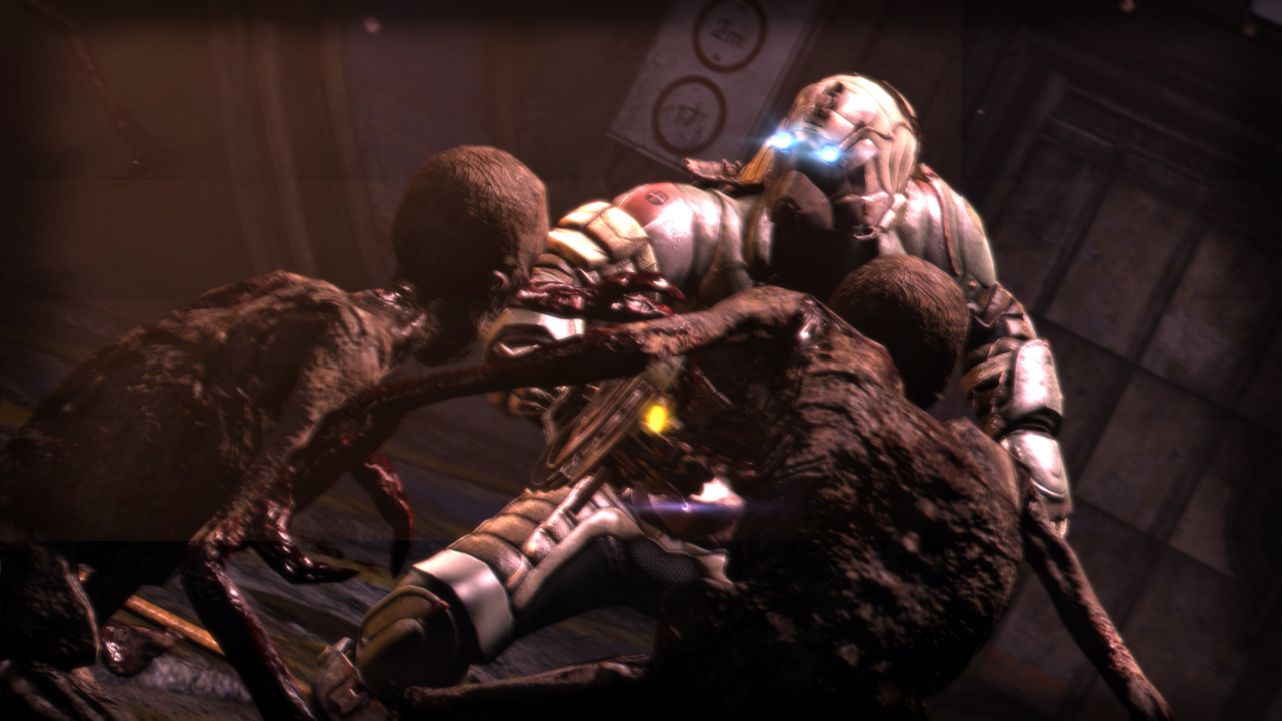 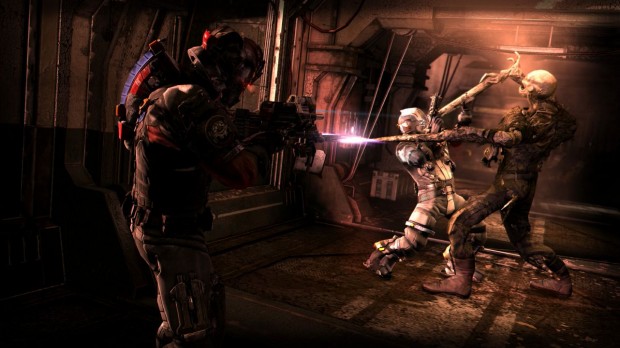 There are certain things that gamers associate the Dead Space series with, and Dead Space 3 does its best to bring all of those elements back a third time around. Players still control engineer turned mental patient turned disturbed loner, Isaac Clarke. And they will, of course, end up fighting hordes of mutating, The Thing-like monstrosities known as “Necromorphs”. Gamers would also be right to assume that Isaac will spend a lot of time slowly walking through creepy as hell, atmospherically unsettling corridors and hallways. Finally, gamers familiar with the series would once again do well to avoid wall and ceiling vents like the plague. Despite the repetition of these conventions, Dead Space 3 is a very polished affair that provides a nice amount of scares as well as some new elements that I really enjoyed.

Dead Space 3 takes place three years after the events of Dead Space 2, with Isaac Clarke now residing on Earth’s moon in a lunar colony. The Unitologists, religious zealots who worship the alien “markers” which can turn sane people the opposite and reanimate dead flesh into Necromorphs, have been slowly gaining popularity as the populace seeks a better life from the resource-scarce one humans now collectively share. The Unitologists have decided to make their move, committing a coup d’état against the government and revealing a huge number of Unitology churches to actually be human-built markers. This, of course, is a bad thing. Now the dead are becoming un-dead and the sane are becoming in-sane. Lots of hyphens…

Throughout the game, players will end up in various locations, from icy planets to the vacuum of space, and more I won’t spoil. The storyline is a bit thin, and gamers will most likely see many of the plot points happening shortly before they actually do. However, the plot serves its purpose: To get players into haunting, atmospheric locations and throw lots of grotesque creatures at them. Visceral Games seems to have an amazing knack for creating scary locations that take players lots of time to traverse for fear of something jumping out at them. Kudos to them for creating a visually stunning and scary world to explore. 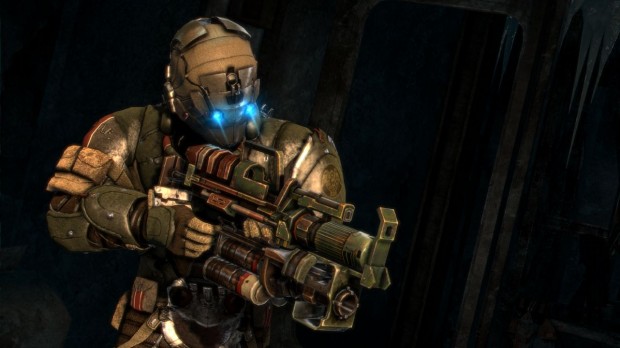 A new addition to the Dead Space series is co-operative play. The second player takes on the role of military solider John Carver, who loses his family in the Unitology revolution. Many gamers were frustrated when hearing that Dead Space 3 would feature co-op play, thinking it would lessen the impact of the gameplay experience. To that end, it does, to a small degree. Naturally, exploring scary places with a friend is less scary than doing so alone. However, the company is a nice change of pace for the usually-solitary series. While the isolation isn’t there quite as much, the game throws a lot more bad guys at you both, giving you lots to shoot at. Additionally, there are some co-op only missions in the game to explore more about Unitology and Carver’s character.

Another new feature to Dead Space 3 is that of the workbench. The weapon customization system has been completely overhauled and now allows players to custom-build weapons out of parts found in their travels. While there are a number of blueprints to pre-designed weapons, you can explore your own combinations as you like. Weapons are made up of a number of components, and changing any one of them can drastically affect what type of weapon you end up with. I loved exploring the various weapons I could design and think it is one of the best things about Dead Space 3. My personal favorite is a heavy weapon with a chain gun on the upper-half and a shotgun on the lower half. I also placed an ammo-expanding attachment on it as well as stasis module that adds the stasis effect to the rounds I fire. This allowed me to spray and pray at enemies from distance, slowing them down – And be able to cut them in half with the shotgun if any got too close.

Overall, Dead Space 3 is an exciting and rewarding (if not, at times, scary as hell) gameplay experience that offers some new directions for the series while bringing back many of its conventions for gamers to chew on. The game’s biggest problem is that Isaac Clarke ends up going on far too many “fetch” missions. It would have been nice for some more varies mission types. Despite this, I award Dead Space 3 a rating of 4 out of 5.