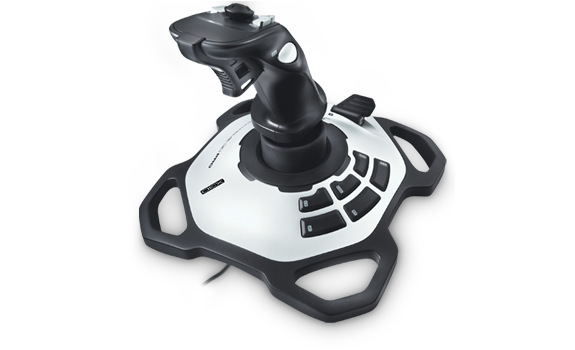 Back in my earlier days of PC gaming, one of my best friends and I would fly flight simulators and try to rescue POWs or take out SAM sites while having a couple drinks and falling behind on our class reports.  To make this as much fun as possible, my buddy had a sweet flight stick that cost him a small fortune.  We switched off between gunner and pilot, pilot always on the keyboard riding the speed and finger poised on the chaff, gunner moving the target around on the screen and pulling the trigger for the guns or pushing the other button on the stick to fire the missiles.  Two buttons total on it.  How far we have come and how low the price did go, with today’s market you can get an excellent quality, completely-programmable joystick with lots of buttons and even a thrust knob for under $3o.  One of the finest examples of this is the Logitech Extreme 3D Pro, a flight stick at an entry level price. 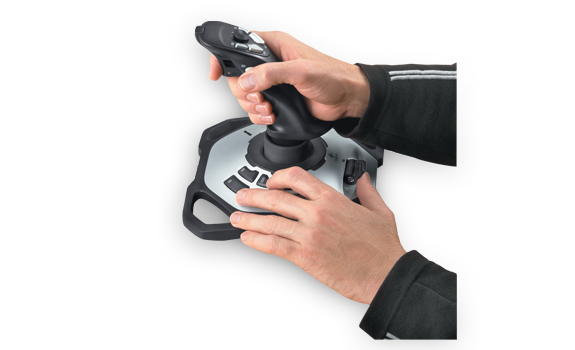 Let’s face it, a flight stick can be as affordable as can be but won’t be any more than a paperweight if it isn’t comfortable and user friendly.  While there are some hardcore flight sims that I play, most are a balance between ground and aerial combat and so I often find myself going back and forth between the keyboard and the flight stick.  There are enough buttons on the Logitech Extreme 3D Pro to make it so that you could program most of your game actions into it for ground foot combat as well but I found myself most comfortable using it strictly for vehicle ground or air combat, mostly air.  I could move around in tanks and armored carriers pretty well with it but turning a turret while driving seemed easier with the keyboard and mouse.  What I generally found myself doing was running on foot with the keyboard and mouse, approaching an aircraft and once entering it shifting my hands over to the joystick.  I used it both on my desk and in my lap and found it comfortable both ways, though I think I personally preferred it on the desk in case I needed to exit the vehicle quickly it was easier to shift my hands.  Being nicely weighted, it rested comfortably and solidly wherever I put it without sliding around.

Long flights are not a worry because the flight stick features a very ergonomic grip. Your hand rests comfortably on the grip’s platform allowing your hands to naturally hit the trigger and secondary thumb button.  I assigned chaff to the buttons next to the mini stick on the top of the handle and in the case of ground vehicles I also assigned the other vehicle positions here.  This left 6 buttons on the base next to the throttle knob which on more advanced simulators gave a great location for extra views or group commands.  The throttle knob is located at the base of the stick in the back and was where I rested my left hand a majority of the time unless the game didn’t require much throttle riding at which point I would adjust the throttle and place my left hand back as WASD in case I needed to bail out and pop my chute.  Rudder control was just a slight twist of the wrist one way or the other giving quick and satisfying response.  What surprised me was how quickly this became natural, moving my right hand only a majority of the game to go from controlling the mouse to controlling the stick.  I think the ergonomic design helped this. 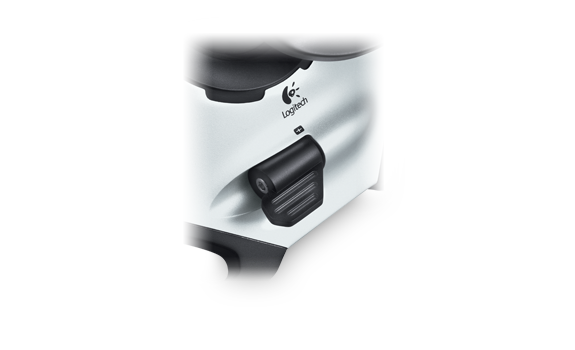 I’m not sure why it took me so long to getting around to getting a joystick for my computer, especially when such a solid and comfortable one as the Logitech Extreme 3D Pro could be had for under $30.  There are a lot of games I have played with the mouse making my life far more difficult than it needed to be, probably due to memories of early flight sims and prohibitive prices.  If you play any PC game where you fly for even the slightest amount of time do yourself a favor and go out and pick up one of these beauties.