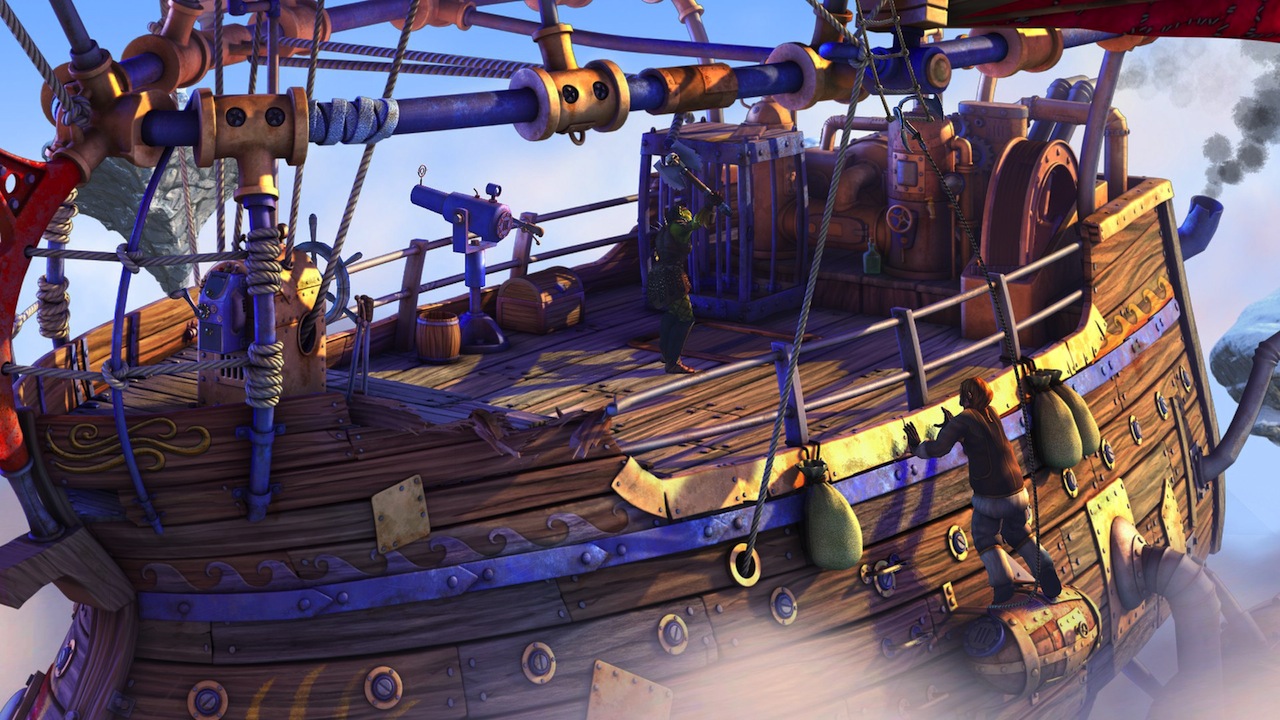 The Book of Unwritten Tales: The Critter Chronicles – Review (PC) 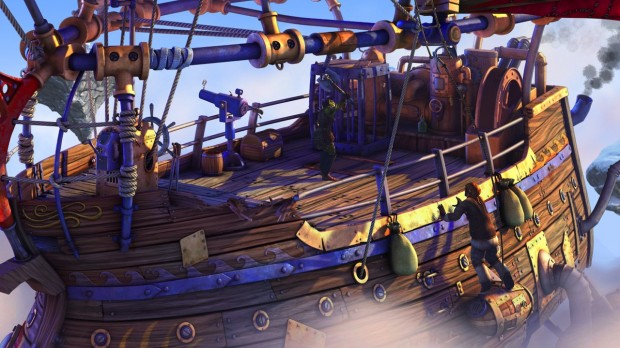 King Art Games has brought us the prequel to last years point and click adventure game, The Book of Unwritten Tales, aptly named The Book of Unwritten Tales: The Critter Chronicles.  This prequel focuses primarily on how Nate and the Critter meet up and begin adventuring together.  Significantly shorter then the original game, The Critter Chronicles still packs in a lot of humor and solid point and click adventure game play that will make fans of the original game glad they came back for seconds.  Having reviewed over thirteen point and click adventure games within the last two years, I am getting a feeling for what makes these games good, great or just plain awful.  The Critter Chronicles fits solidly into the great category for this genre, and actually makes me want to hunt down a copy of the original game to check out.

The Critter Chronicles picks up right in the middle of a chase scene as Nate is embarking on his new life of adventure, with a floating airship that he won in a poker game.  Of course, the last owner is a little less then reluctant to let Nate get away without a fight, and has hired an Orc mercenary to hunt him down.  The result of this chase is that Nate crash lands on a floating iceberg and is captured by a yeti.  On this same iceberg, is a group of space faring aliens that are stranded on this planet, trying to make repairs.  These repairs keep going wrong thanks to the ineptitude of our Critter, that isn’t all that bright.  Critter is told to go away and leave the others to complete the repairs to their ship, and in his wanderings, meets Nate and saves him from the Yeti.  So begins Nate and Critter’s adventures that leads up to The Book of Unwritten Tales.

The world that The Critter Chronicles inhabits is a very interesting world, filled with great characters and environments.  The Critter Chronicles takes place in a fantasy land of orcs, elves, steampunk technology, and magic.  This world allowed the writers to blend in space aliens with a wizard and make it all work out in the end.  The character Nate, who is the main focus of the first chapter, is a perfect introduction for the player to understand the world that the game takes place in.  Nate believes himself to be an adventurer, but isn’t very good at it.  He had to cheat to win the airship he pilots in the beginning, and loves to narrate his own life as it happens.  The Critter, who is the focus in chapter two, is a little less interesting for me, mainly because he has to emote most of his thoughts and behaviors due to not speaking English.  This works well enough, but worked so much better in games like Magicka.

Point and click adventure games live and die by the story and the worlds that the writers create, and The Critter Chronicles does a fantastic job in getting the player into the game.  The story has a great sense of humor to it and the plot, while short, has a nice pacing.  One never gets bored because of the story line.

The Critter Chronicles plays exactly like a traditional point and click adventure game, nothing new or different here I’m afraid.  You move the individual you are playing as, and inspect your environments to discover clues and objects that you can use to move past the puzzle that is blocking your story from progressing.  The Critter Chronicles has two difficulty settings, Normal and Hard, with the main difference between the two is the amount of puzzles one must solve.  The puzzles in The Critter Chronicles do a good job in being hard enough to make you think without being too hard so that you want to toss your PC out of the nearest window.  Some puzzles do need to be interacted with in order to solve them, not just finding how the pieces fit together.  The lock picking puzzle in chapter one requires the player to wiggle a paper clip into a lock and to set all the tumblers so the lock will open.  Puzzles like this are a nice change of pace, but only occur every so often in Normal.

The player has an inventory at the bottom of the screen, that only appears when you drag your mouse to that area.  Items can be used on the environment, or might need to be combined first with other items.  The game will tell you by the user interface whether or not a certain item can be interacted with, and will even give you hints if you drag an item from your inventory over the screen.  This will help those of us that are not puzzle gurus from getting too stuck for too long.

The game play for The Critter Chronicles is neither broken nor innovative.  It does the job needed by the developers to tell the story and does it without getting in the way of the story.  Since point and click adventures games are mostly about the story and character development anyway, then this game play works out just fine for The Critter Chronicles and does the job admirably.

The visuals and art design of The Critter Chronicles works very well with the story.  While the technical specs of The Critter Chronicles won’t push your PC to it’s limits, the art design is fantastic and interesting to look at.  The environments are brightly colored, even when you land on the iceberg, and filled with items and people to interact with that gives the world a much more real feeling.  Everything from a figurehead that is sentient in the captain’s cabin to a woman who is obsessed with saving the penguins from humanity, there are interesting conversations to be had everywhere.

The sound also works well for the game, but I ran into several sound glitches that, though were not game breakers, were extremely annoying.  Sounds like the engine’s whine, would play louder and continue into the next scene, where the engine isn’t supposed to be heard.  A simple shut down and restart solved this problem, but it occurred three times throughout my play through of chapter one.  Other then that, the voice overs for The Critter Chronicles were fantastic and really helped to flesh out the characters in the world at large.  The only one I found not on par with the rest, was the voice over for the Critter, but it’s easily overlooked.