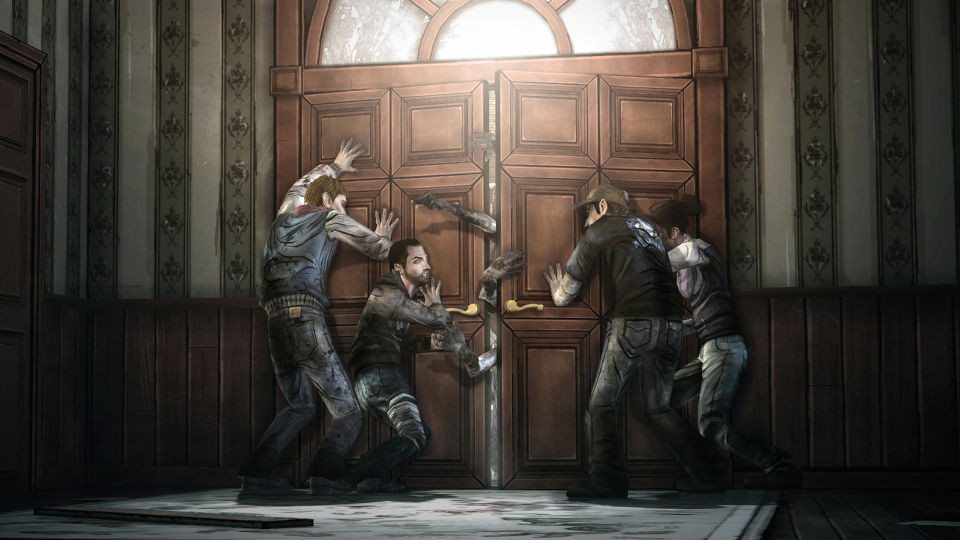 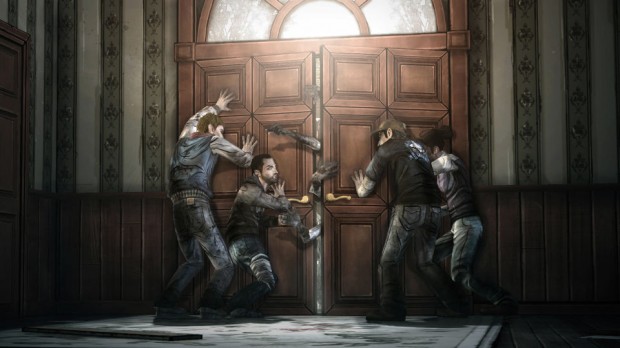 Just finishing up the fifth and final episode of Telltale Games The Walking Dead Season One, I am left in a state of reflection. Reflection upon everything that happened to the various characters in the game, the choices I made, and how I might have done things differently. This is also a very tricky thing to review as the story is so rich in terms of character and plot development that I cannot in good conscience spoil it for those of you who have not finished it yet. So, this leaves me with a conundrum – what can I say about it? To remedy my vexing situation, I will try to keep things as abstract as possible.

First, this season of Telltale Games The Walking Dead has been chock full of surprises. The story has been interesting and captivating – from the initial car ride in Episode 1 all the way up until Episode 5’s final moments. I am left wanting desperately to see how Telltale Games is going to handle the second season of the series. There are simply so many story avenues the developers can pursue, it’s staggering and leaves me trying to think of them all – and coming up short. Aside from the game’s incredible and engrossing story line, The Walking Dead on PC is not perfect. It does have its occasional control issues (thankfully, they lessen a lot as the season progresses) and, at times, dialog choices don’t seem to mean quite what the player thinks they do when selecting them.

The game’s voice acting has been very decent, despite the occasional wooden performance. Thankfully, hardcore fans of the comic book series shouldn’t have much trouble with this as the holistic joy the game brings – seeing and playing a version of that comic book on your computer, is astounding. If you have only experienced The Walking Dead on television, you will probably feel different about the game’s voice actors. They simply are not as realistic as the acting provided by the likes of Andrew Lincoln, John Bernthal, and Norman Reedus (to name just a few). By the way, if you fall into that category, take my advice and pick up the comic book series – you won’t be disappointed. Also, you are welcome. 🙂

Visually, The Walking Dead Season One is very much like watching a comic book come to life on your computer screen. The graphics are not super-uber-FXAA-slick-3D-A#1. The game’s visuals are exactly what they need to be: “Simplistically” graphic novel-like, beautifully-rendered, and, at times, terrifying to watch. The coupling of the game’s visual style and some of the action that unfolds over the course of the series leads to some of the highest “pucker factor” moments I have experienced in a game all year.

Overall, if you have not picked up The Walking Dead Season One, you are simply missing out on one of the best gameplay experiences of 2012. You can buy the full season of The Walking Dead on Steam for about $25 dollars. It is easily worth twice that much.