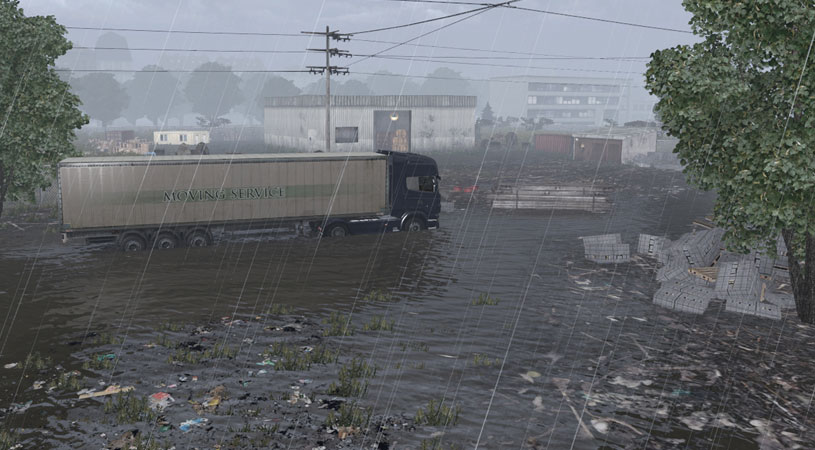 I have played a lot of car driving games over the years which made me think I was pretty well prepared to drive a big rig.  Heck when I was a teenager I learned how to drive a water truck and a dump truck so I thought I had a pretty good understanding of the steering involved with big trucks.  It doesn’t take long before you realize that driving a semi with a trailer is different from any other driving game you have ever tried. 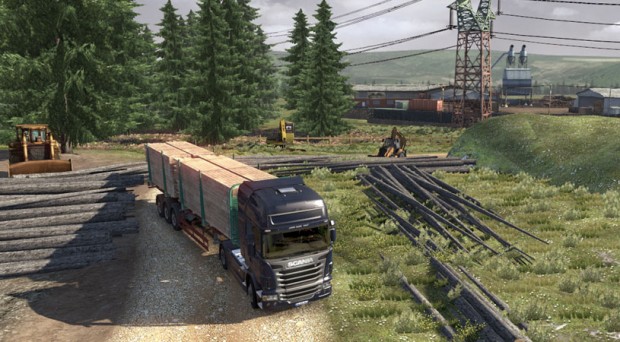 Sims usually don’t have much of a storyline but this one actually has one to a degree.  You are a young trucker who is working on your skills so you can compete in Young European Truck Drivers contest held in Sweden then go on to deliver cargo down dangerous roads to individuals in need.  In this sense the story is basically three chapters: learning to drive, competing, then putting all you learned to practical use. 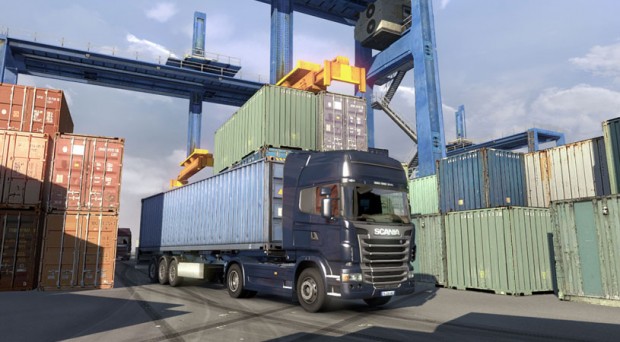 Semi trucks with trailers do not perform at all like you would expect them to.  Learning to drive in this game is a very difficult lesson in physics and any person who has every thought a trucker has the easy life needs to play this sim and learn differently.  Backing up in particular is a hard learned trick because a semi trailer doesn’t behave at all like you would think when you put that sucker in reverse.  They are also squirrely as hell which might cause a less patient player to run away quick.  This game is hard but anyone who ever thinks they can drive anything or have ever thought that life on the open road was for them should really give this game a run.  I sincerely believe that the learning to drive section of this game not only prepares you for the next section of the game but also teaches you the fundamentals you need to drive a truck with a trailer in real life. 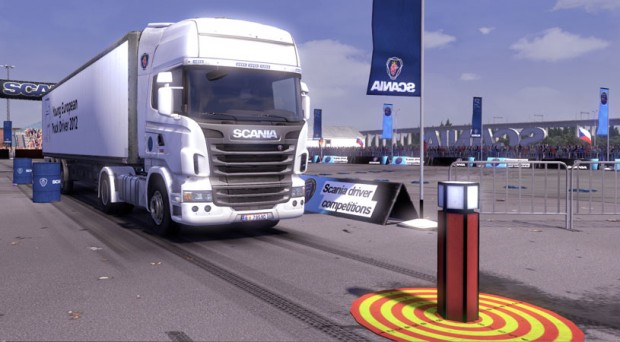 The second part, the Young European Truck Drivers contest that has you running obstacle courses and performing tricky maneuvers struggling for the best times not just set by the developers but set by fellow players all over the world.  You have to have your game down pretty tight if you want to be ranked decently at all.  This part I was generally just happy to complete, getting competitive times would require dedication bordering on obsession.  No scratch that, you would have to be obsessed.  It is crazy hard to complete yet alone compete so those who do deserve mad respect.  They also deserve a giveme hat and a loan for their first rig or at least a try at being a tram driver at Disneyland. 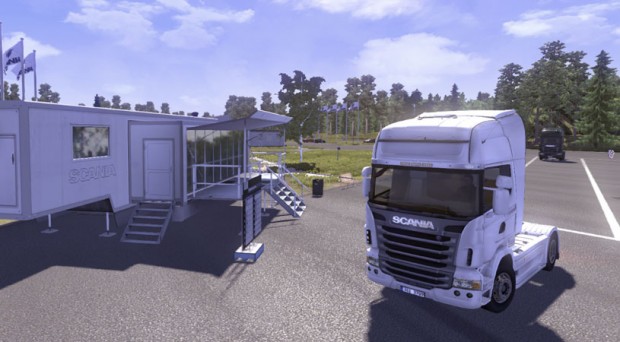 The last part is actually a bit easier and possibly the most fun is the dangerous roads and deliveries section of the game that follows the competition.  Instead of having required moves you have to make to complete a task you are on timed runs driving the best you can through flood swollen streets and along cliffs with sheer drops.  You really put your reflexes and knowledge of the physics of the rigs to test in this one but instead of trying to avoid cones you are trying to keep from sending your rig plummeting to certain doom.  This seems the most appealing just like seeing a tight rope walker walking 50 feet off the ground is more exciting than seeing one walk 5 feet off the ground.  To succeed at these tasks it takes the same skills you learned in practice and competition but there is much more satisfaction in real world conditions. 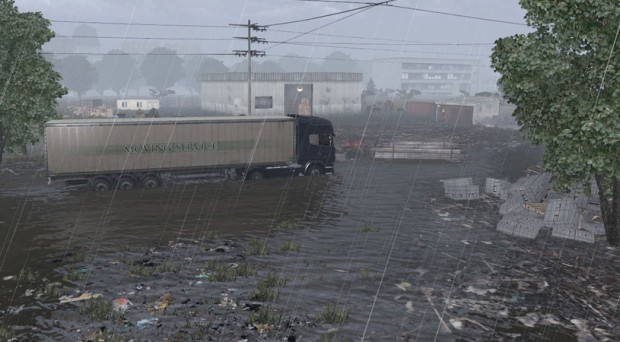 The graphics in the game are excellent and really help immerse the player into the game.  The tiny details can be important on some of the driving challenges so good graphics can be key.  The sounds are also very authentic with the rumble of engines and when making a mistake sometimes the screech of metal.  Between the graphics and physics this game might not play quite as well on a lower end computer but if your computer can handle it you will enough the atmosphere. 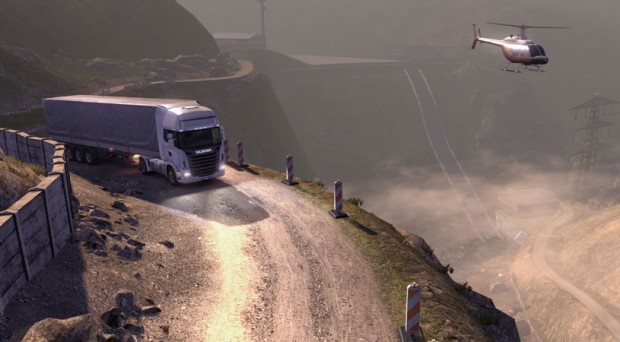 This game definitely isn’t for everyone, it takes patience and more patience as well as some skill.  Driving a semi truck using real world physics is a lot harder than it looks when you see someone doing it at your local loading dock.  If you like a challenge this game is an excellent one and if you have ever thought of a career in truck driving master this game first. 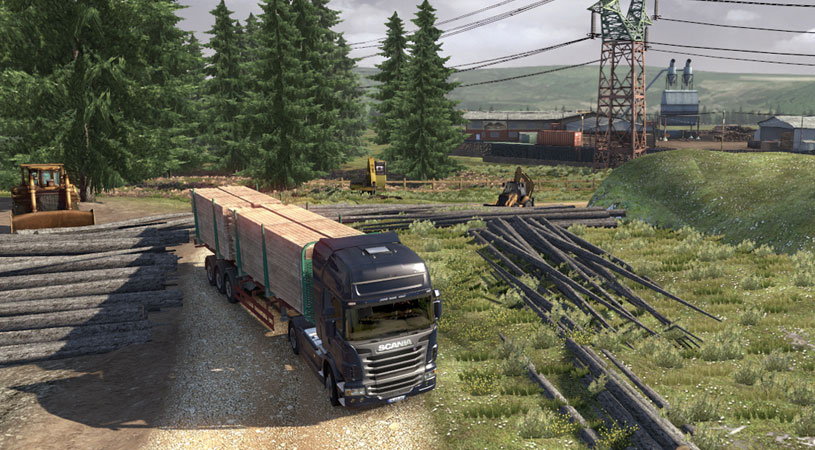 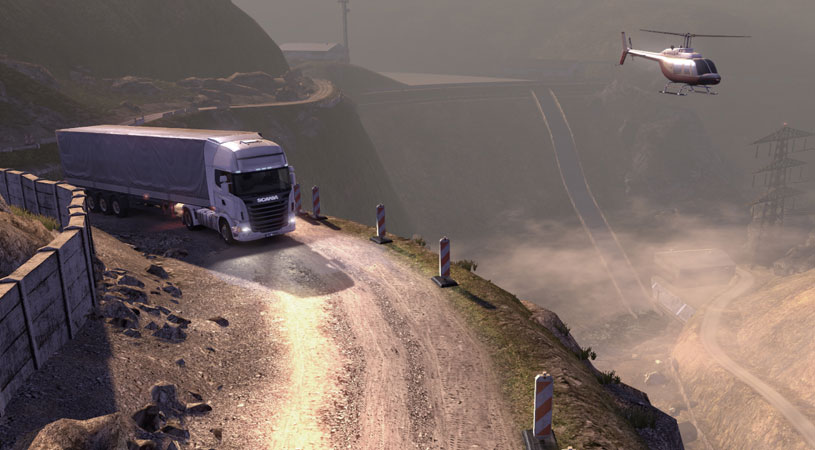 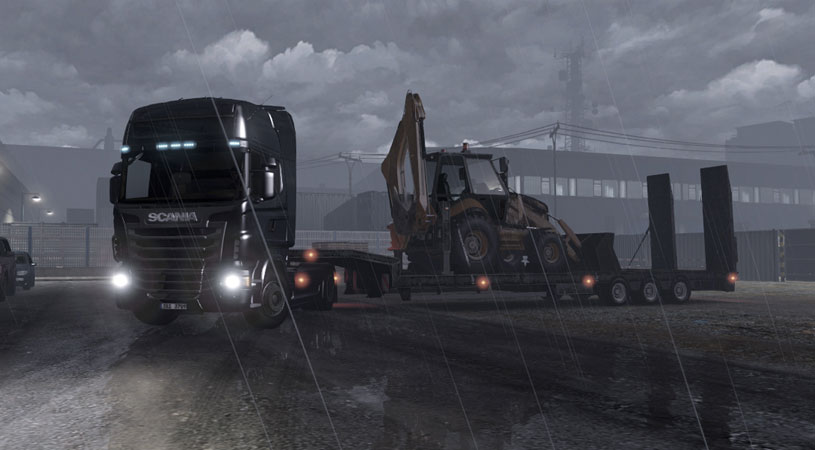 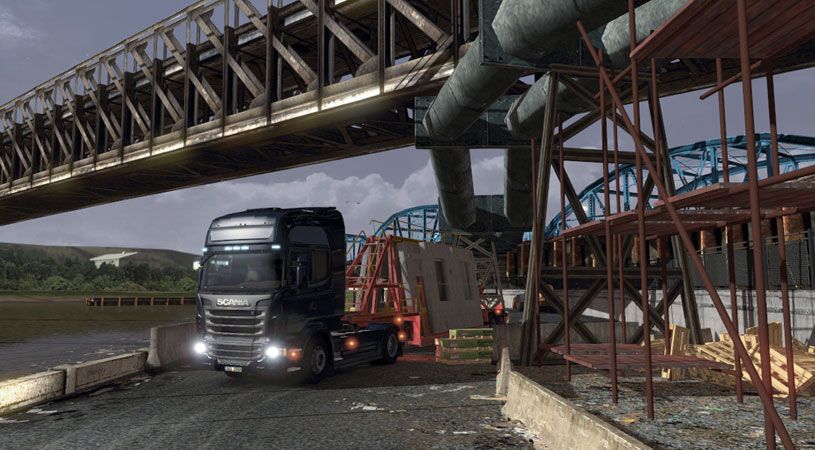 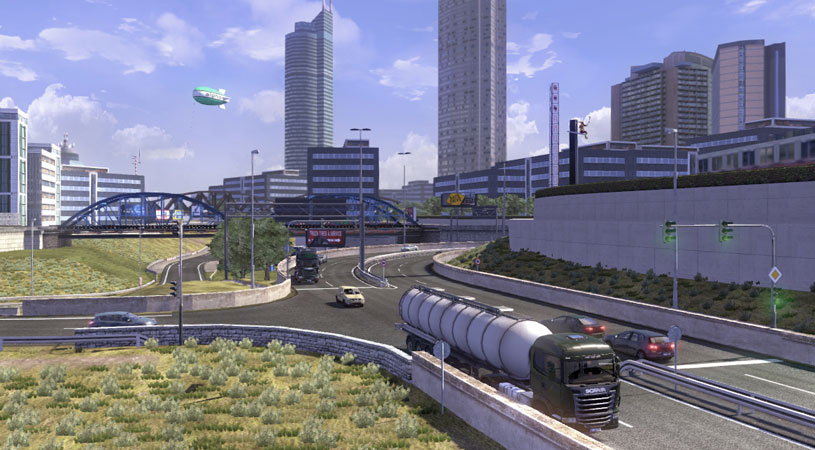 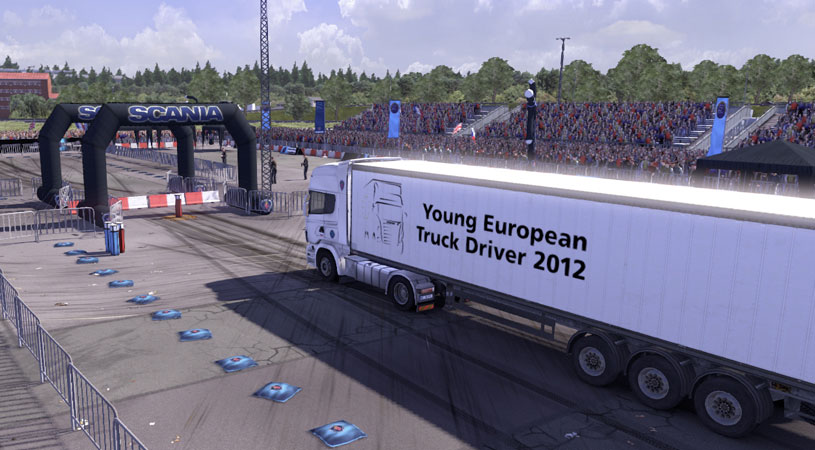 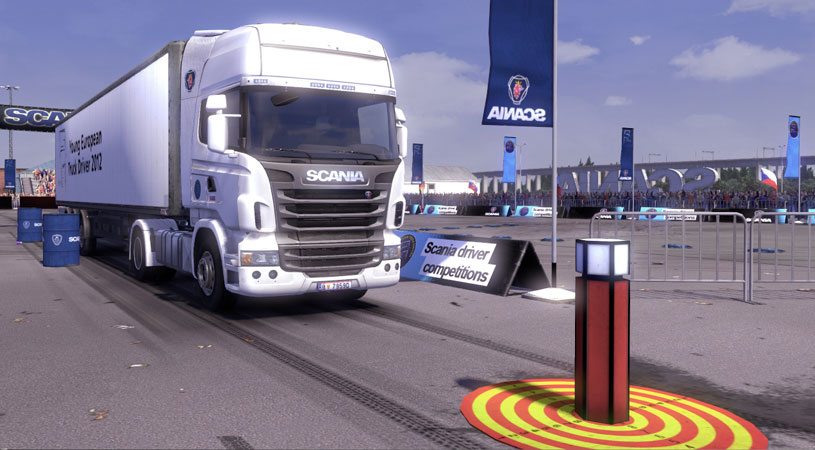 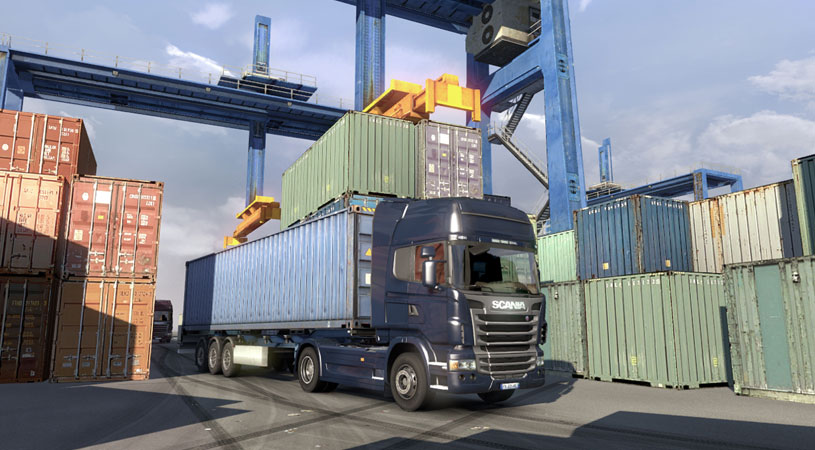 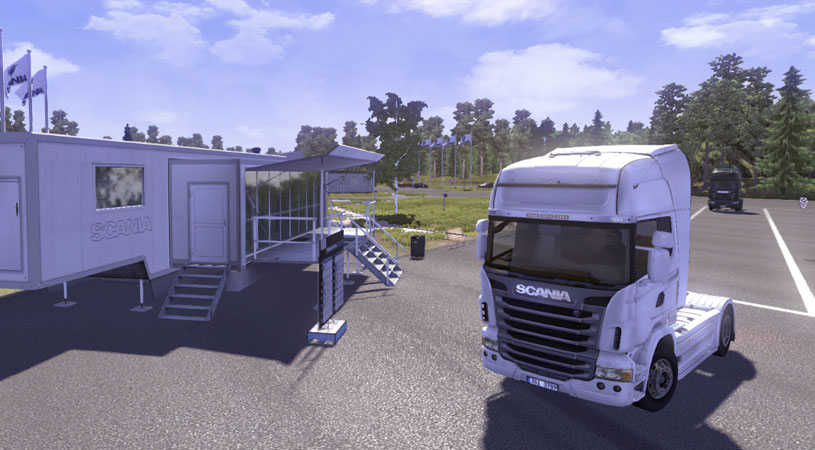 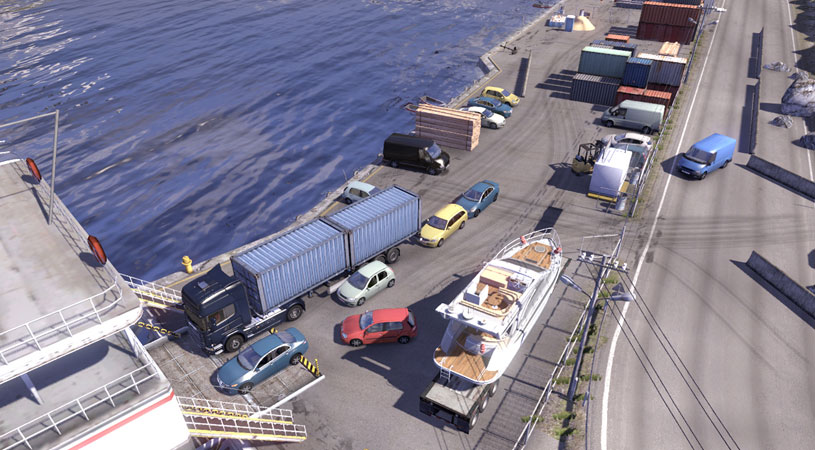