When we looked at the Mad Catz S.T.R.I.K.E. 7 Gaming Keyboard, the thing that stuck with me was its high price point. It seems that Mad Catz was thinking about this too as they released the little brother to that keyboard, the S.T.R.I.K.E. 5 model. Now that I have tried that unit out, I am in a position to compare the two of them so you don’t have to! Your wallets are welcome.

In looks alone, the S.T.R.I.K.E. 5 and 7 keyboards are very similar: each features a modular design with gunmetal colored, heavy plastic components. The lower-budget model can be configured in a similar fashion to its higher-end sibling, mixing and matching how you put the modules together. The biggest difference is the lack of the S.T.R.I.K.E. 7’s “Control Module with V.E.N.O.M. TFT-LCD Touchscreen”. Instead, Mad Catz has replaced it with the “Control Module with E.Y.E. OLED Display”. This unit is not as “whiz-bang” as the touchscreen but still VERY useful for your gaming endeavors. You will not, however, find the extra swap-able keys in your box like you do with the S.T.R.I.K.E. 7. I loved the rubberized feel of those and miss them on this keyboard.

The back-lighting is unchanged from the S.T.R.I.K.E. 7, featuring 16 million RGB eye-pleasing color combinations. In fact, this keyboard has a lot of macro capability as well as some nifty options for timers and whatnot that the E.Y.E. OLED can display. For most of the configuration of the keyboard, however, you will be relying on Mad Catz Sentinel control software instead of the touchscreen found on the more expensive model. An interesting change in the S.T.R.I.K.E. 5 is that its wrist rest is a lot more comfortable than the S.T.R.I.K.E. 7’s. It is nice and squishy – very comfy for long play periods. Unfortunately, the S.T.R.I.K.E. 5 does not feature the built in USB ports of the higher-priced S.T.R.I.K.E. 7.

In play-testing, the S.T.R.I.K.E. 5 performed very well, and I couldn’t tell a difference between the key presses of either model (they are, in fact, the same keyboard keys, etc). The S.T.R.I.K.E. 5 took all the sessions of Skyrim, Dead Island, and even Call of Duty: Black Ops II (our preview build) that I could throw at it. In terms of sheer function, either model does a great job.

Overall, the Mad Catz S.T.R.I.K.E. 5 Gaming Keyboard is an excellent choice for gamers looking to get a lot of features and performance from a keyboard. My biggest concern with the S.T.R.I.K.E. 5 is its price point – if you are already into a keyboard for $199 dollars, why not go “all-in” and get the upgraded model for an extra $100 dollars? That being said, if the touchscreen isn’t something you care about or you simply can’t wait to save up the extra dough, you will be very happy with the S.T.R.I.K.E. 5. 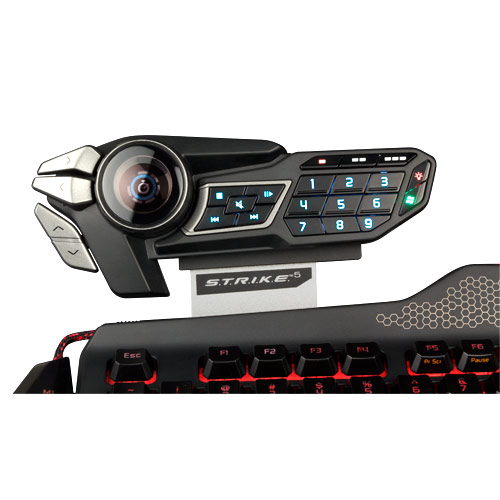 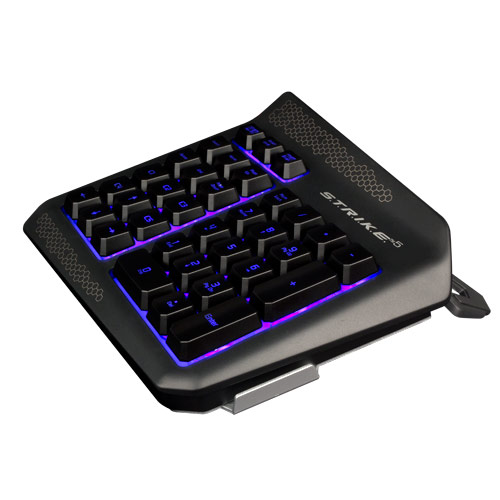 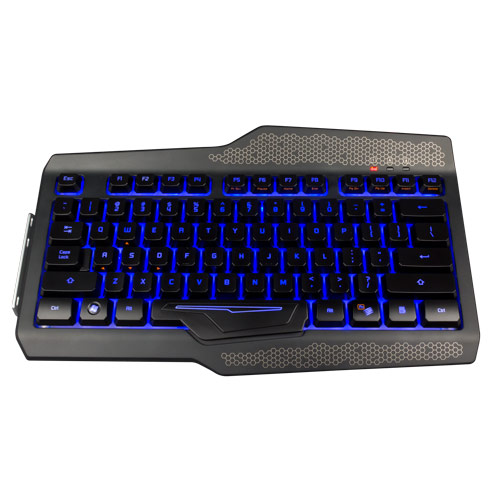 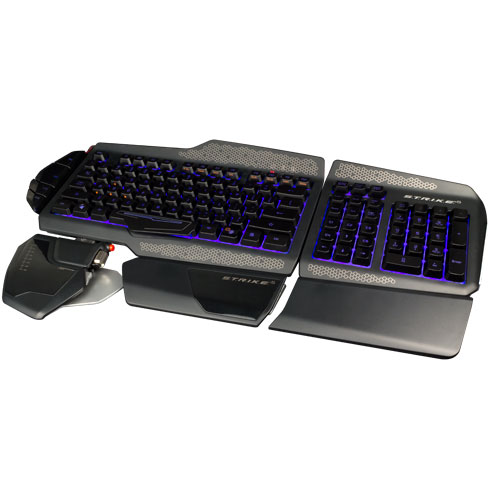 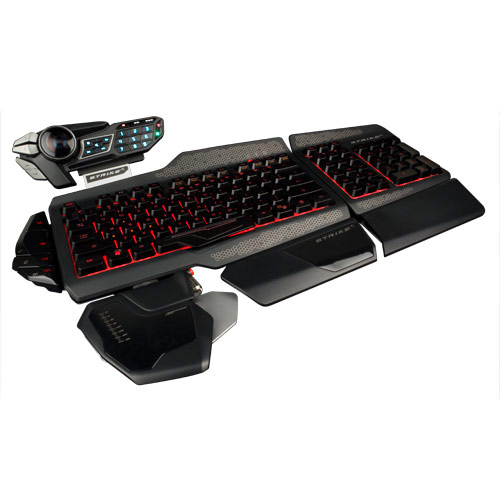