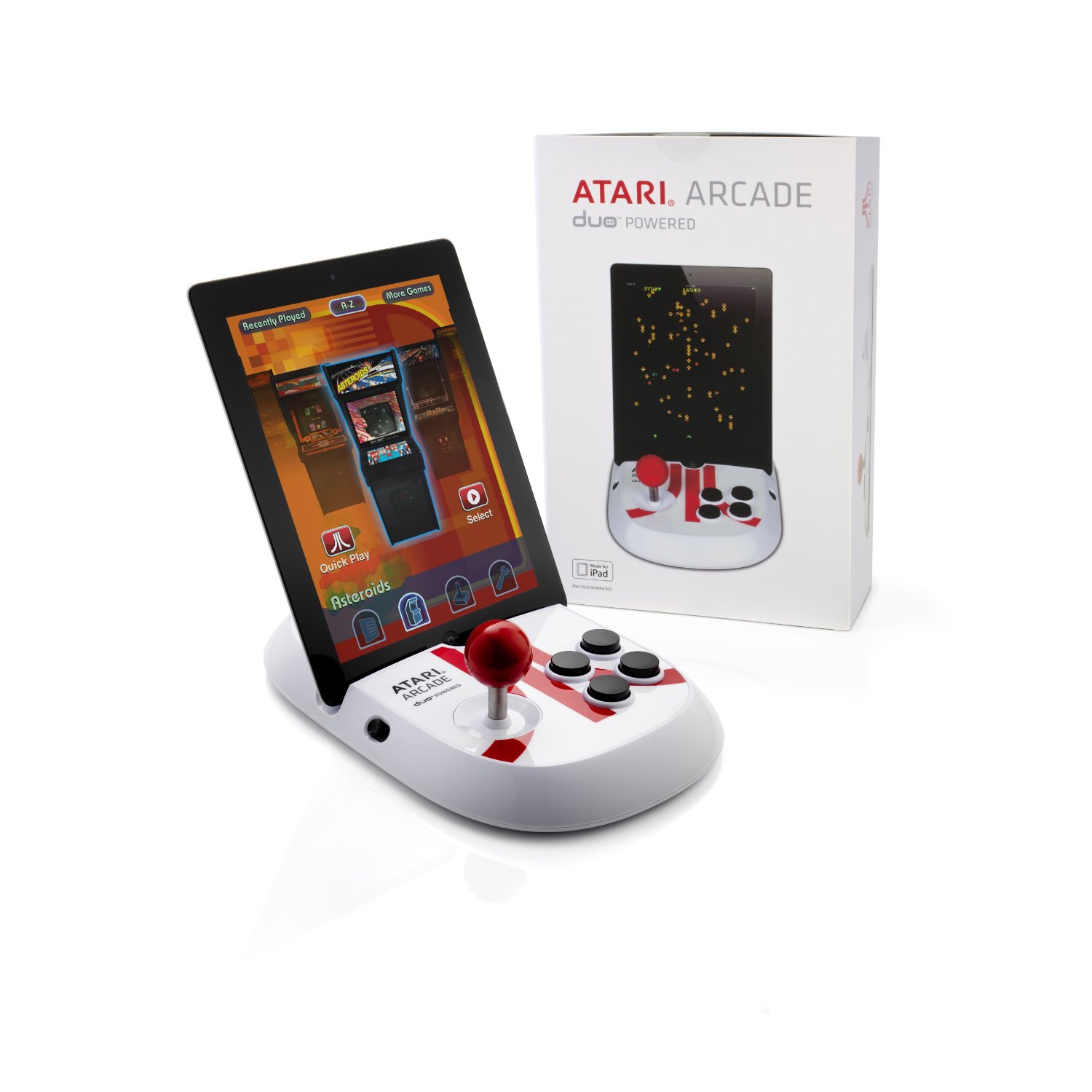 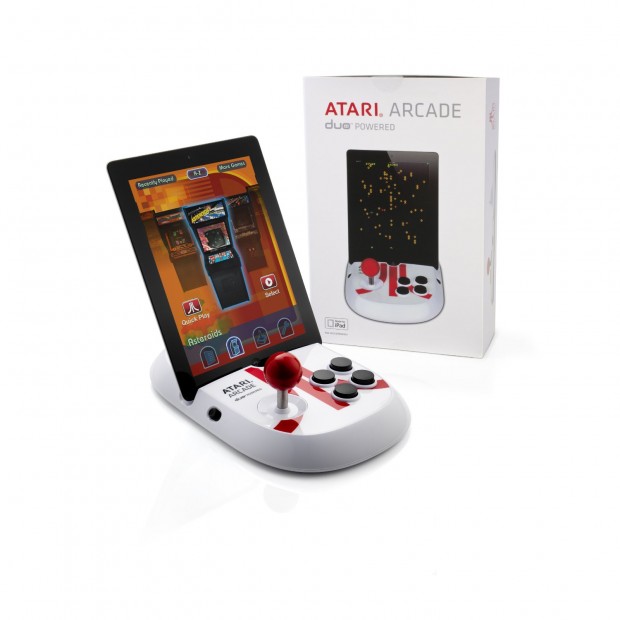 I had already been playing Atari Greatest Hits on the iPad and iPhone for a while when the opportunity to try out this peripheral came along so I was more than happy to give it a run to see if it improved the gaming experience.  I had grown up in video arcades and had the Atari Computer Gaming System (later to be dubbed the Atari 2600) since it had come out so I had old school memories of gameplay to draw from and a desire to relive them.

Setup on the system is as easy as charging the iPad.  No extra power source is required for the Atari Arcade which means it remains nicely mobile and you simply connect the plug on the Arcade to the charging input on the bottom of the iPad, slide the locking pins forward and you are ready to start up the game.  When you start Atari Greatest Hits it automatically detects the Atari Arcade and configures gameplay to work with the controller.  The program comes with one free game but a few extra games come with the controller purchase as well (or you can do what I did and fork out $10 to get 99 games) so you can start playing almost immediately. 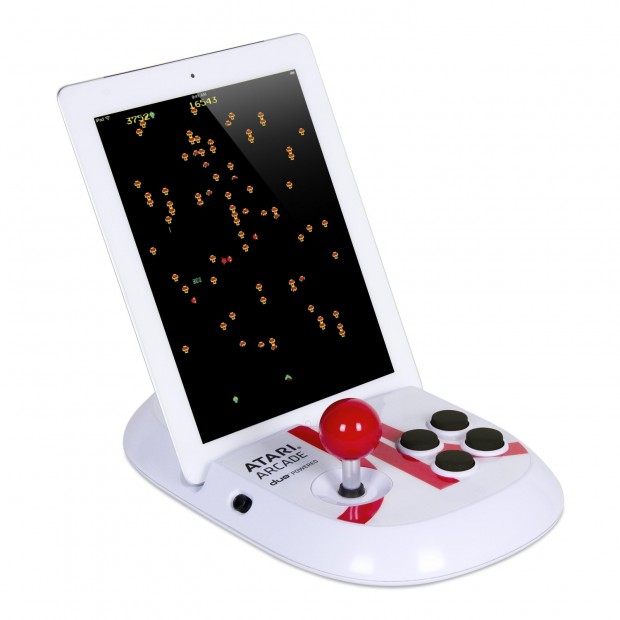 Thanks to the locking system and design of the controller the game system is playable not only on a table or steady surface but on your lap as well making it nicely mobile and great for trips or waiting rooms.  A lot of thought was obviously put into the design of this controller and it shows as you quickly forget about what you are playing the games on and get caught up in the games themselves.  The controller has four buttons so it can simulate the controls from the arcade for games like Asteroids which required multiple buttons or the Atari 2600’s Combat that required just one button so the rest of the buttons are assigned to Atari 2600 functions such as Game Reset and a/b select.  Another nice feature is the controller doesn’t negate touch screen commands so that if you want to touch the screen to change games or hit the button on the bottom of the iPad to close the program it all works smoothly.

Peripherals for the iPad can be REALLY hit or miss, quite often missing completely.  I am pleased to say not only does the Atari Arcade live up to hopes it exceeds them.  It could be considered a bit pricey but when you consider for an additional $10 you wind up having 99 games playable in their original arcade or console style but in a completely portable system and it becomes much more reasonable.  Besides, it is hard to put a price on keeping a kid occupied during a long trip in the back seat of the car or in a doctor’s office and if you did put a price on it this system might be within it.