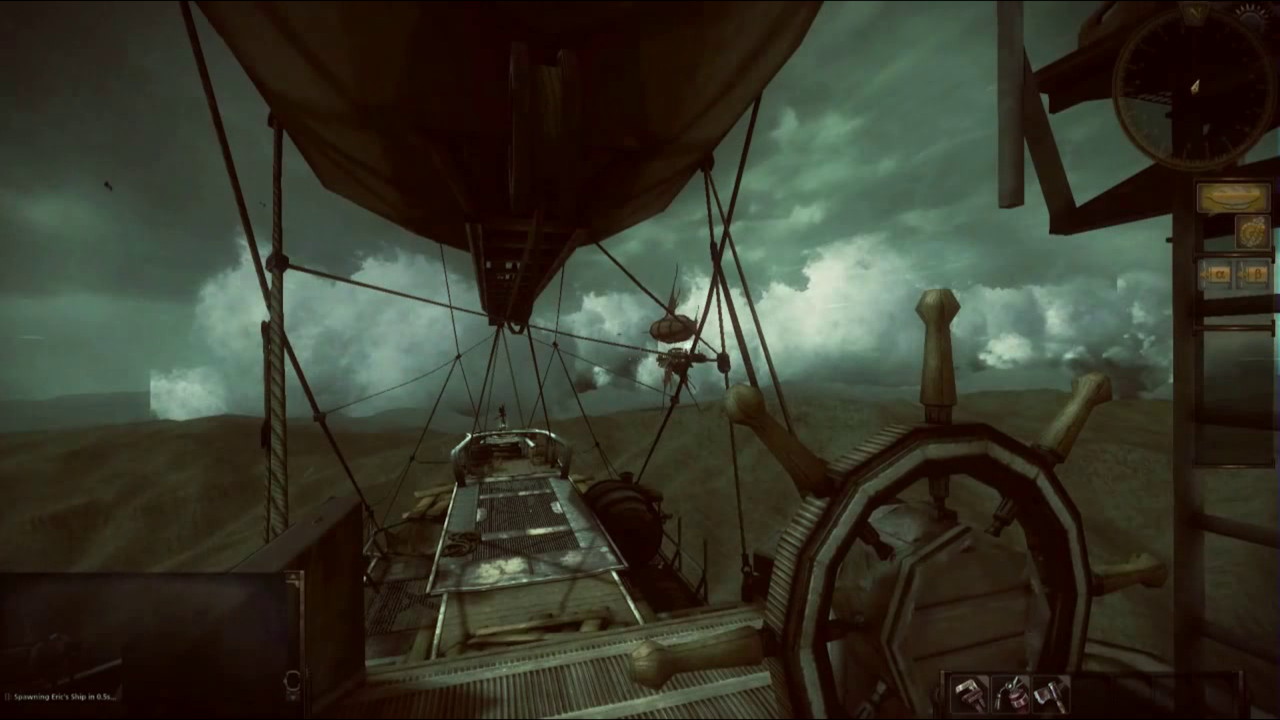 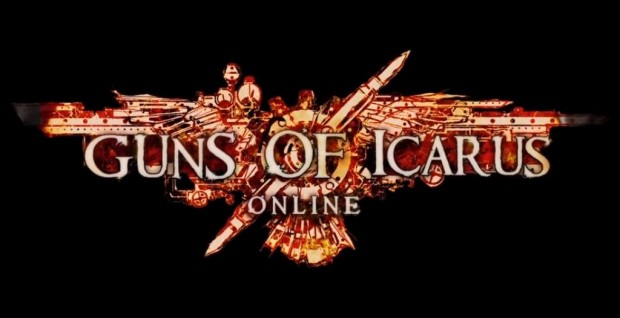 This is one of those games that when the beta was announced I signed up for it quick and when the closed beta began I happened to be in a busy season and didn’t get to touch it.  So when it was announced that it was now available on Steam and we had a review copy I was quick to volunteer.  Steampunk Zeppelin FPS?  Yes please!  The concept behind it alone was enough to pull me in, but was it enough to keep me playing? 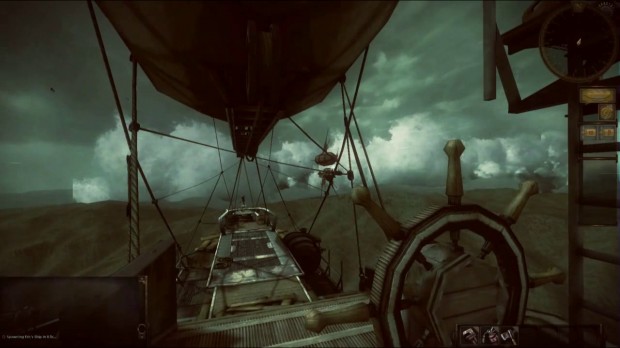 In the spirit of Guns Of Icarus, Guns Of Icarus Online takes place after the daring flight of the Icarus in a time of chaos and war with man against daring man in their flying machines.  The website goes into a history of the land but the reasons for the fighting are a little ambiguous which is fine since as a good soldier you are just told to shoot them over there. 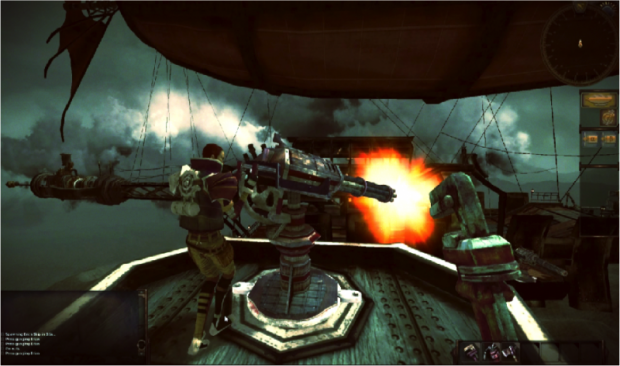 Movement consists of standard WASD and mouse with R and F being used additionally by the pilot to throttle the ships.  There are three player classes to choose from: gunner, engineer, and pilot, all of which have overlapping capabilities making it so they can do all the jobs just not as well as the person specializing in it.  Gameplay at a basic level consists of manning guns, flying the ship and repairing the ship.  There are finer details such as special loadouts both for the ships and players to improve these acts but for the most part the gameplay is flying, shooting and repairing.  Since it is all straight forward in that sense it mostly comes down to player’s skills rather than weapons or ships as to who will win a fight. 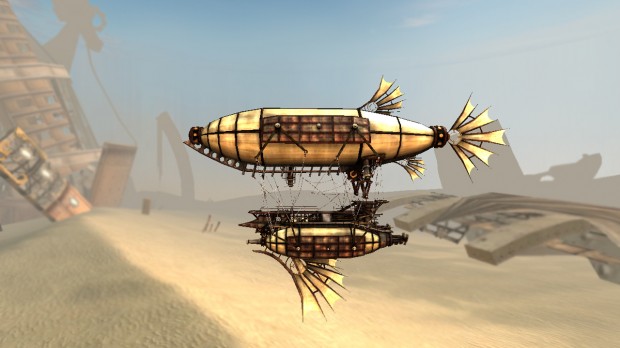 There are five types of ships: The Junker (much like a Chinese Junk, only flying), The Squid (you can guess what this looks like), The Galleon (armor and gun array similar to a traditional galleon), The Goldfish (yep you guessed what it looks like) and the Pyramidion (makes me kinda think of Silent Hill’s Pyramid Head as a Macy’s Thanksgiving Day float).  Each ship has an inherent strength that fits the style of the pilot and is selected by them.  Ships like the Squid are fast, the Goldfish is agile and the Pyramidion is a juggernaut.  The end result is mech or tank style battles with four man crews including the pilot where it is vital that the crew work as a team or all is lost.  If the crews work together as a fleet then the team is almost unstoppable.  There is voice and text chat in the game and the crews that seem to do the best tend to be the one’s with a vocal captain piloting well and calling the shots.  The teams that do the worst are usually the ones who have a silent captain or one that just insults the crew. 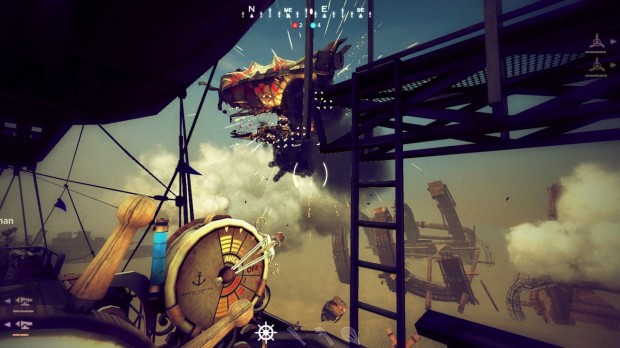 Usually atmosphere is discussed earlier in the review but since it is the real standout of the game I saved the best for last.  This is a Steampunk/Dieselpunk environment and the ships and clothing style represent this genre beautifully giving stunning graphics with great detail and lots of customization of character wardrobe (for a small fee) to allow players to have an extremely individual look that suits their style.  This is really the aspect that sets this game apart from other vehicle PVP games that would, for flying purposes, have you in planes, mechs or spaceships.  The music is excellent and fits the mood created by the visuals as well making this game addictive to play not so much because of original gameplay but more from original atmosphere. 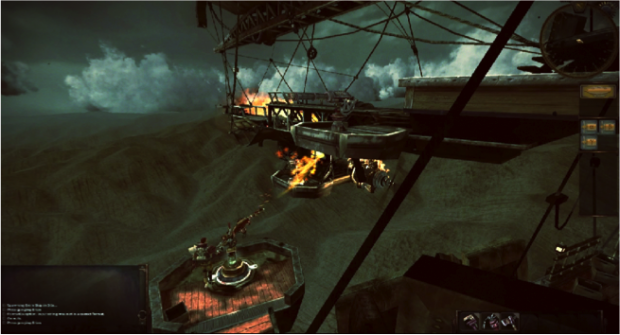 Promises Of More To Come:

As it stand now the game is fairly bare bones, you have player and AI crews in PVP combat.  Vehicles and gameplay options are expected to be added as the game develops over time including the addition of merchant play. 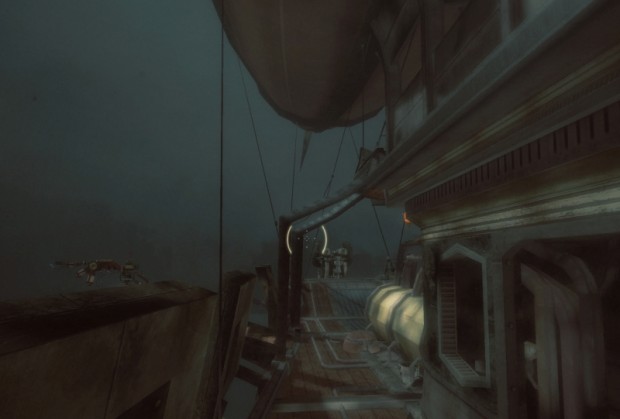 Guns Of Icarus Online is a pretty straight forward team vehicle PVP game set in a stunning and visually interesting world.  It is about $10 depending on where you purchase it from so you get an affordable game that is still in the fairly bare bones stage.  It relies heavily on a player base, the more it can get the better it will be so hopefully it will take off nicely.  The environment is enough to keep bringing me back to playing it though I do hope the promises of more content come along sooner rather than later for the game’s sake and that of the Kickstarters that funded it. 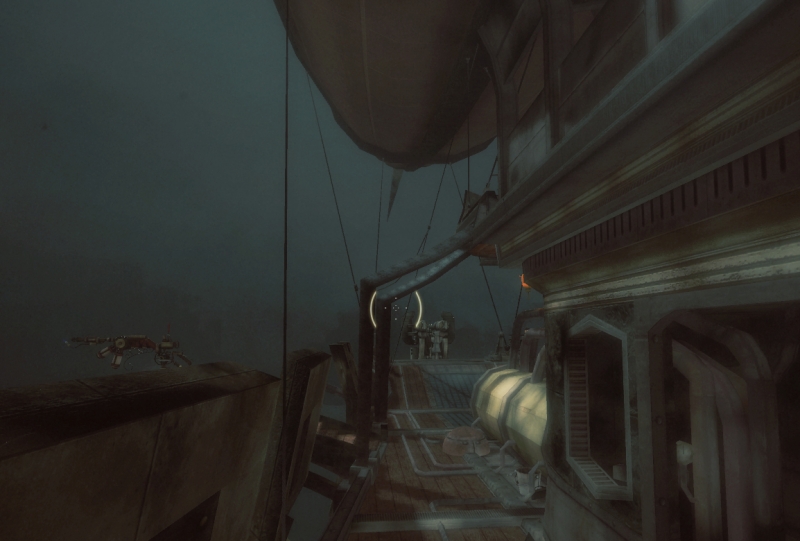 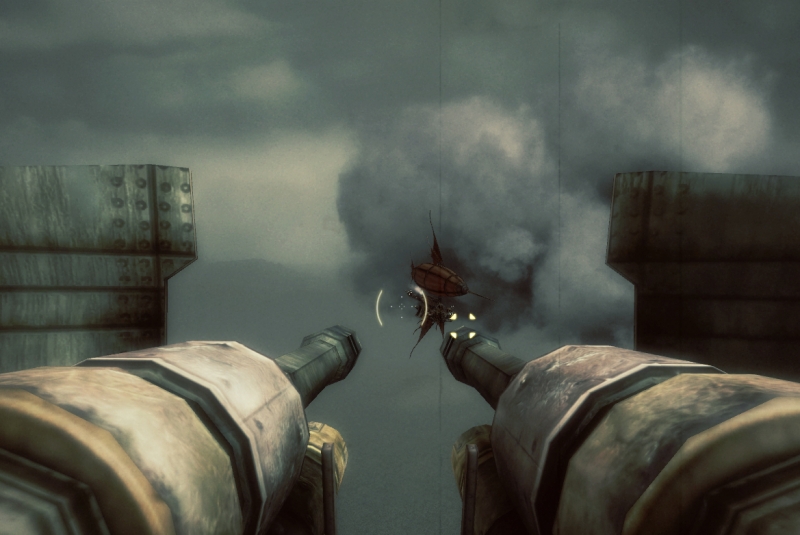 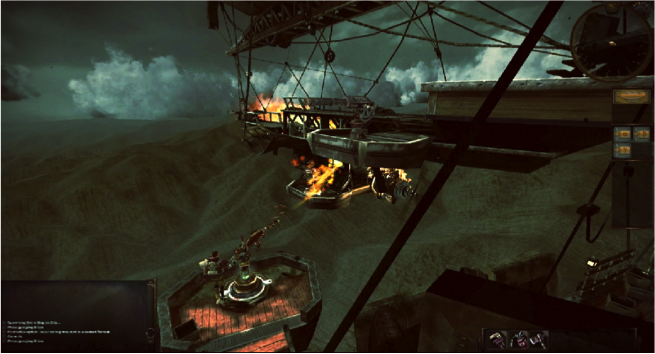 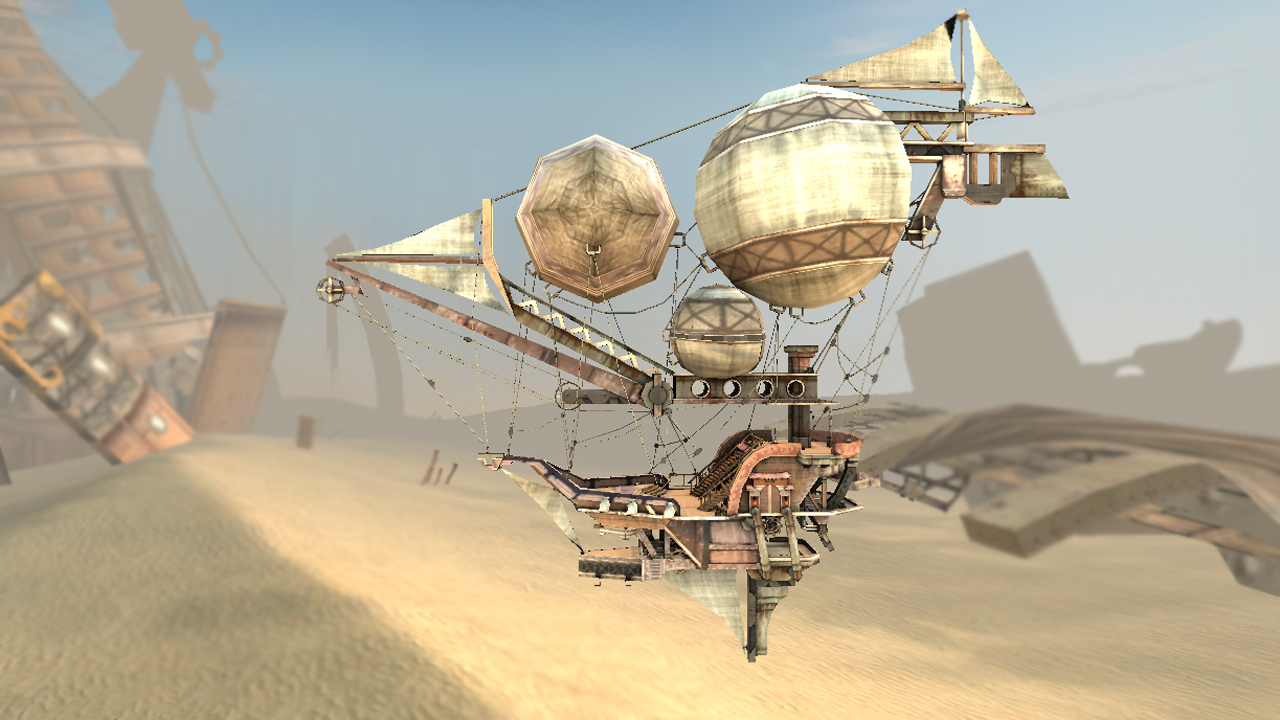 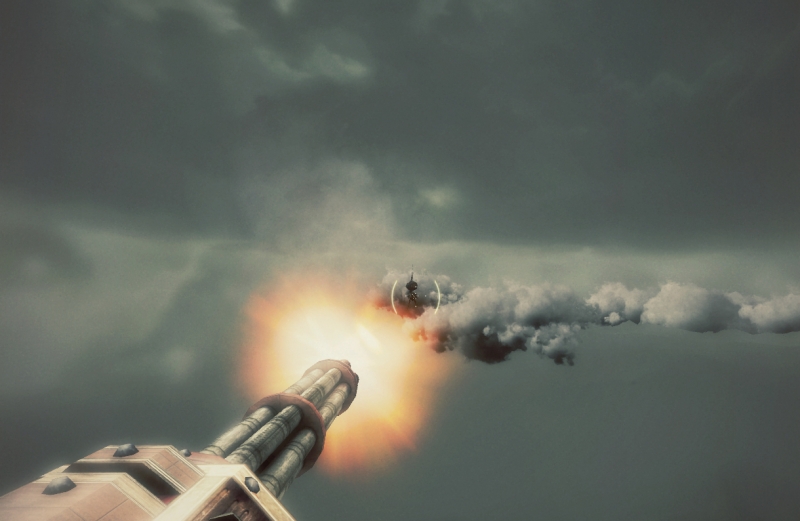 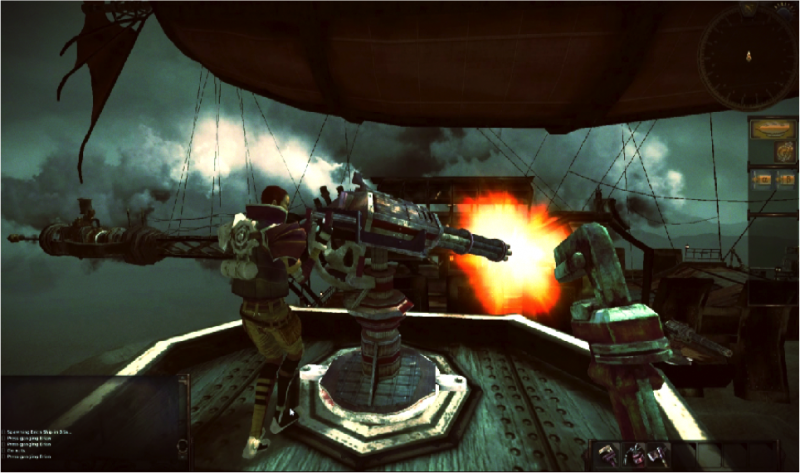 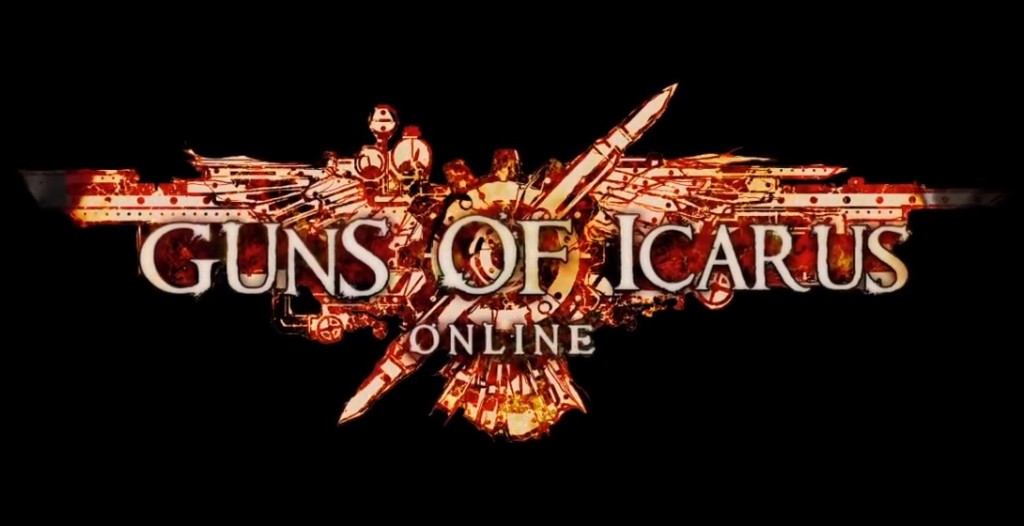 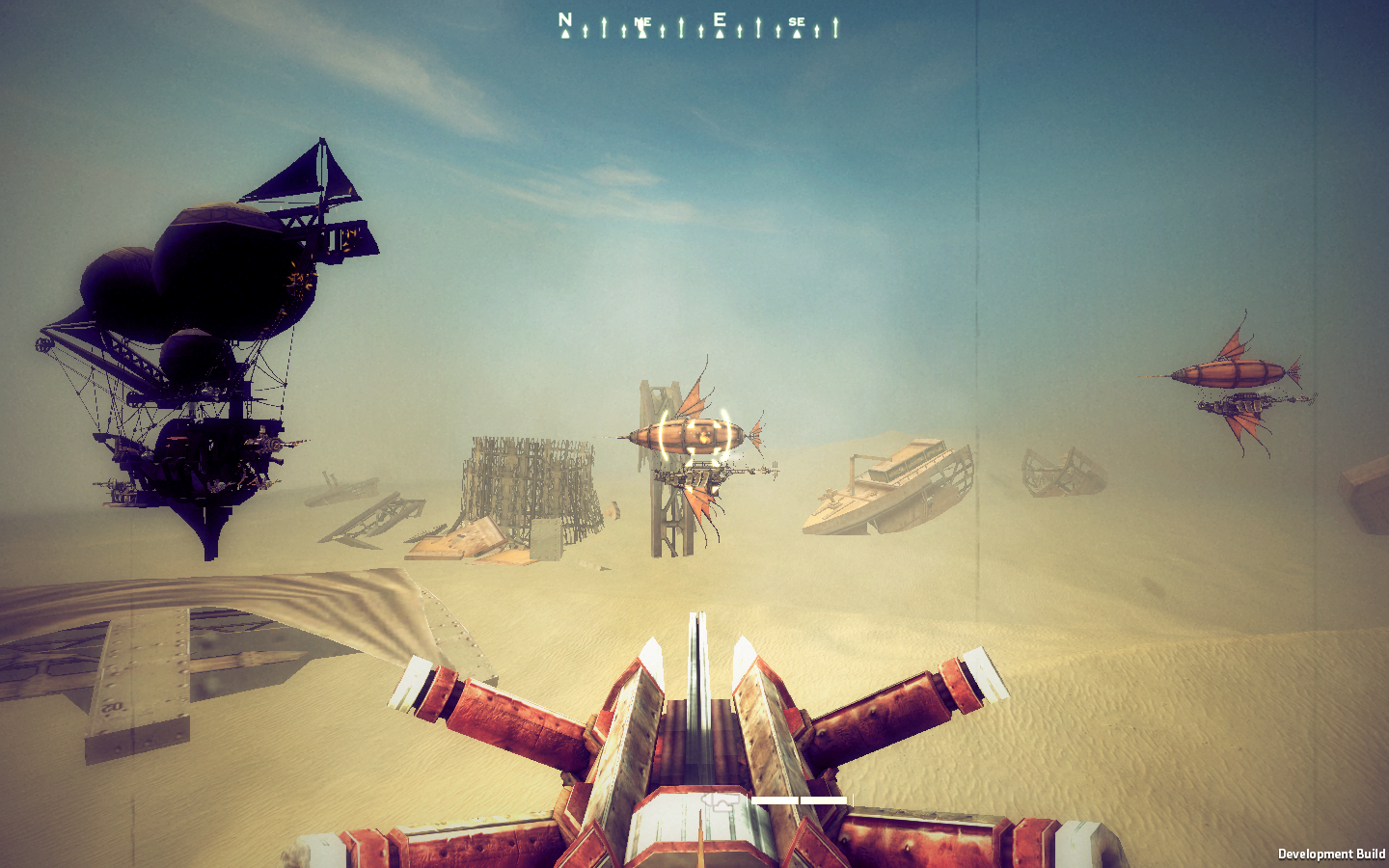 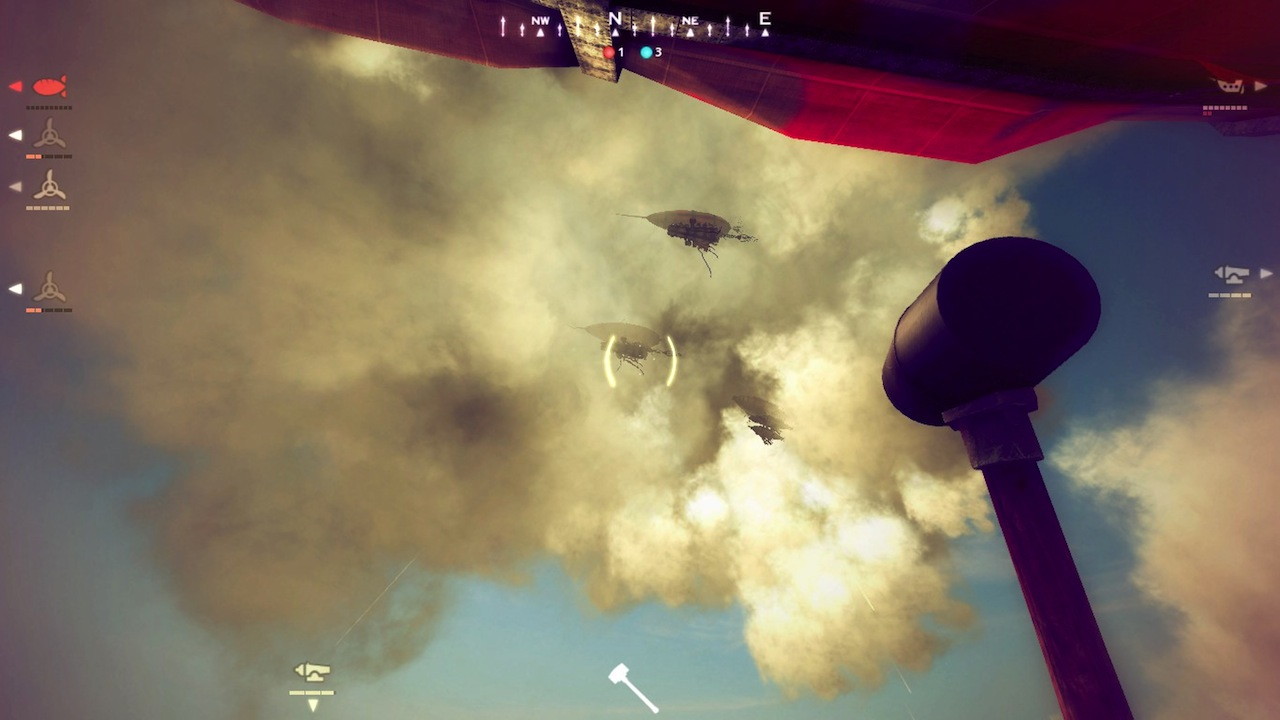 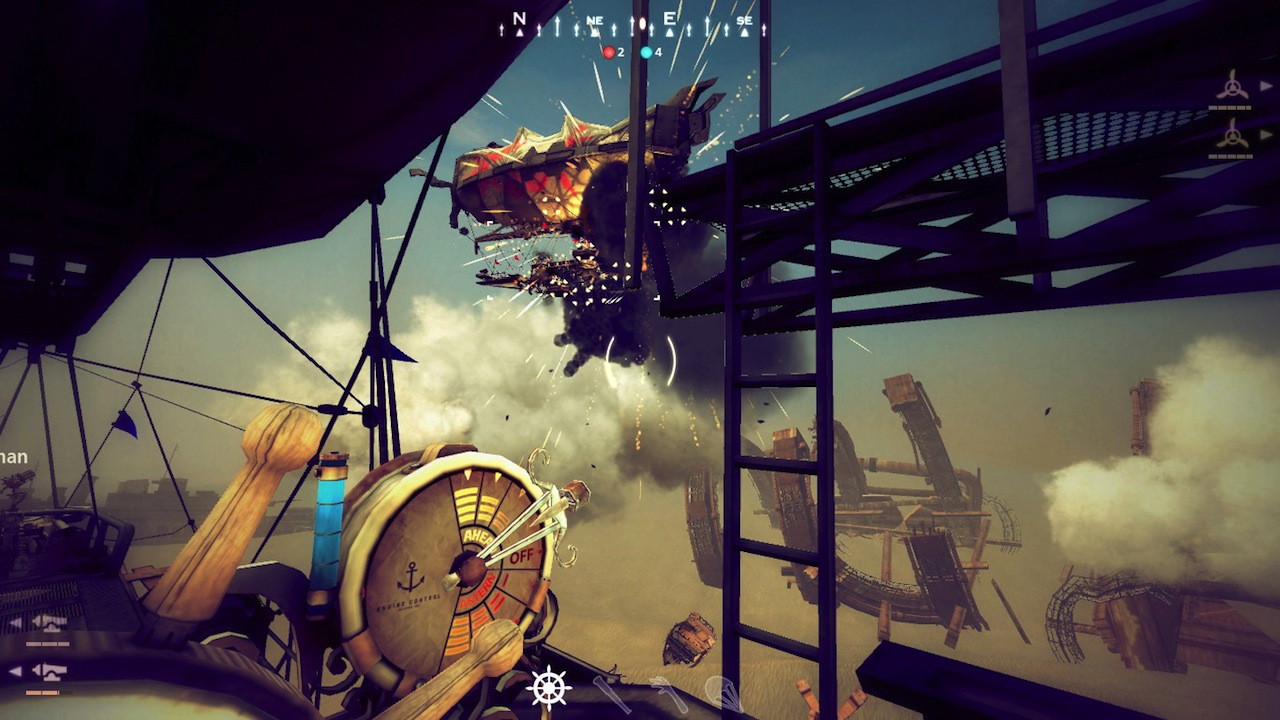 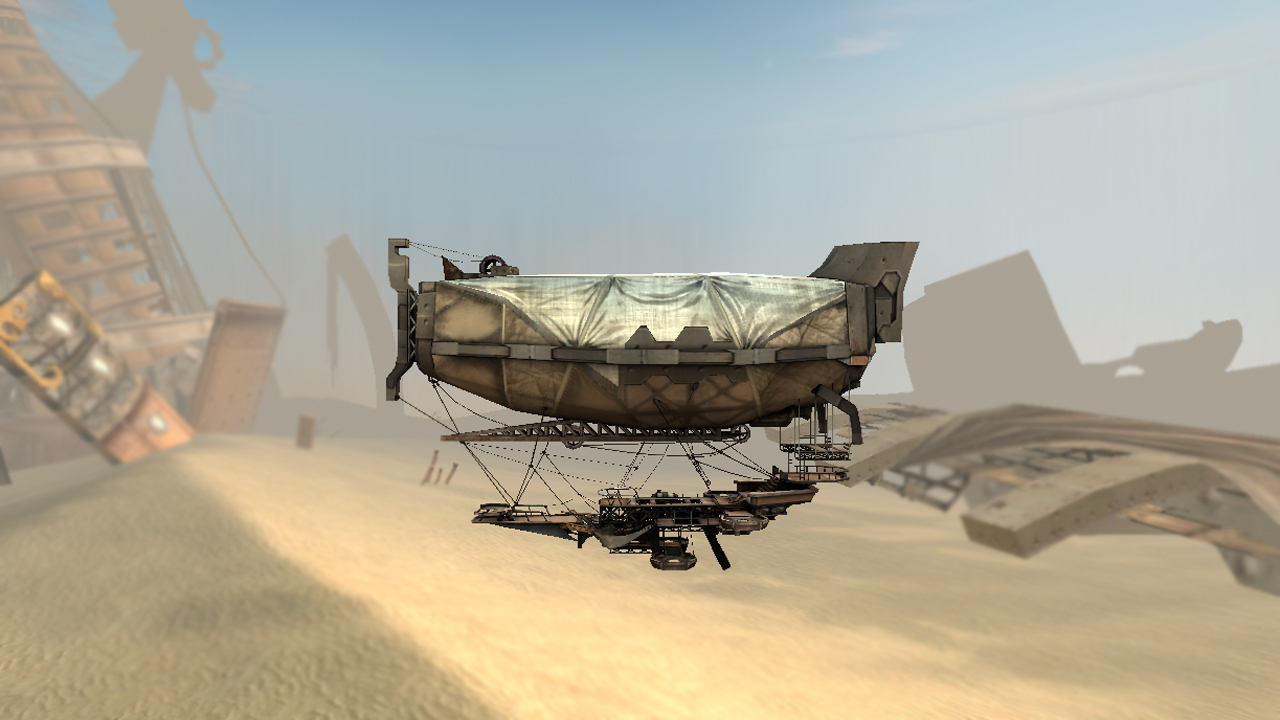 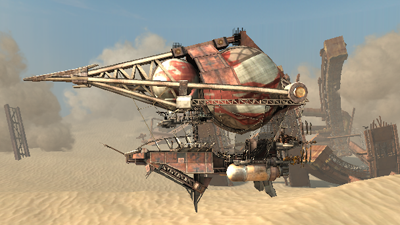 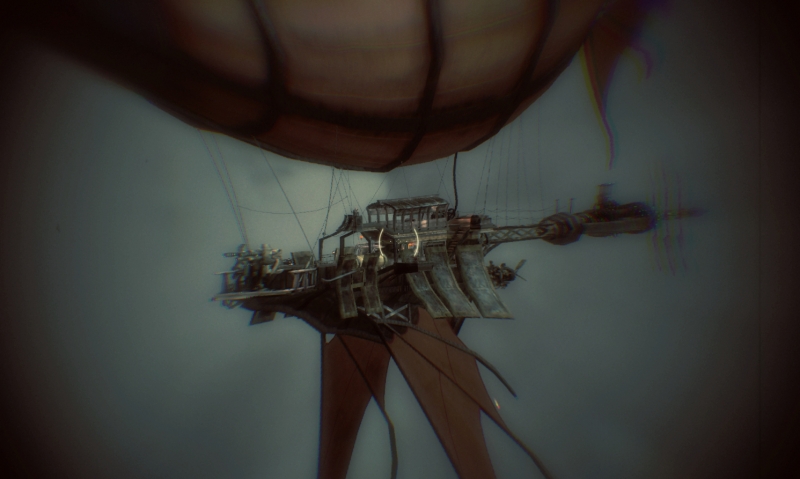 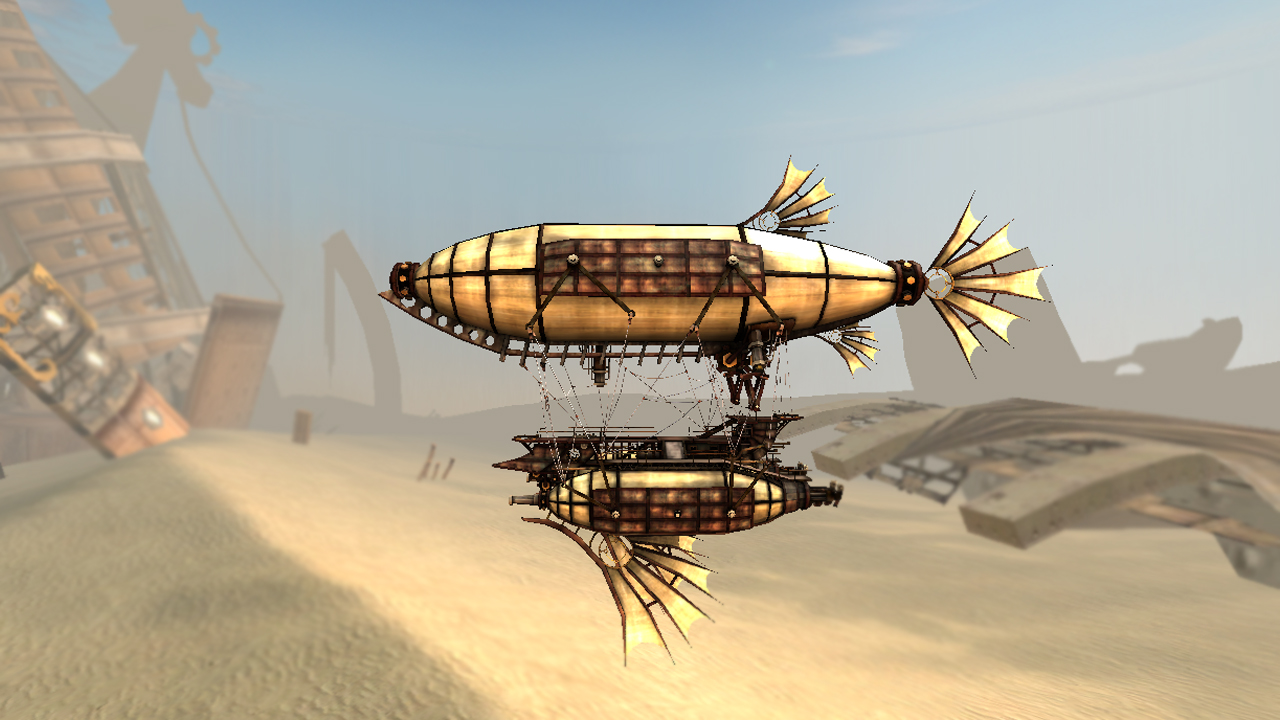