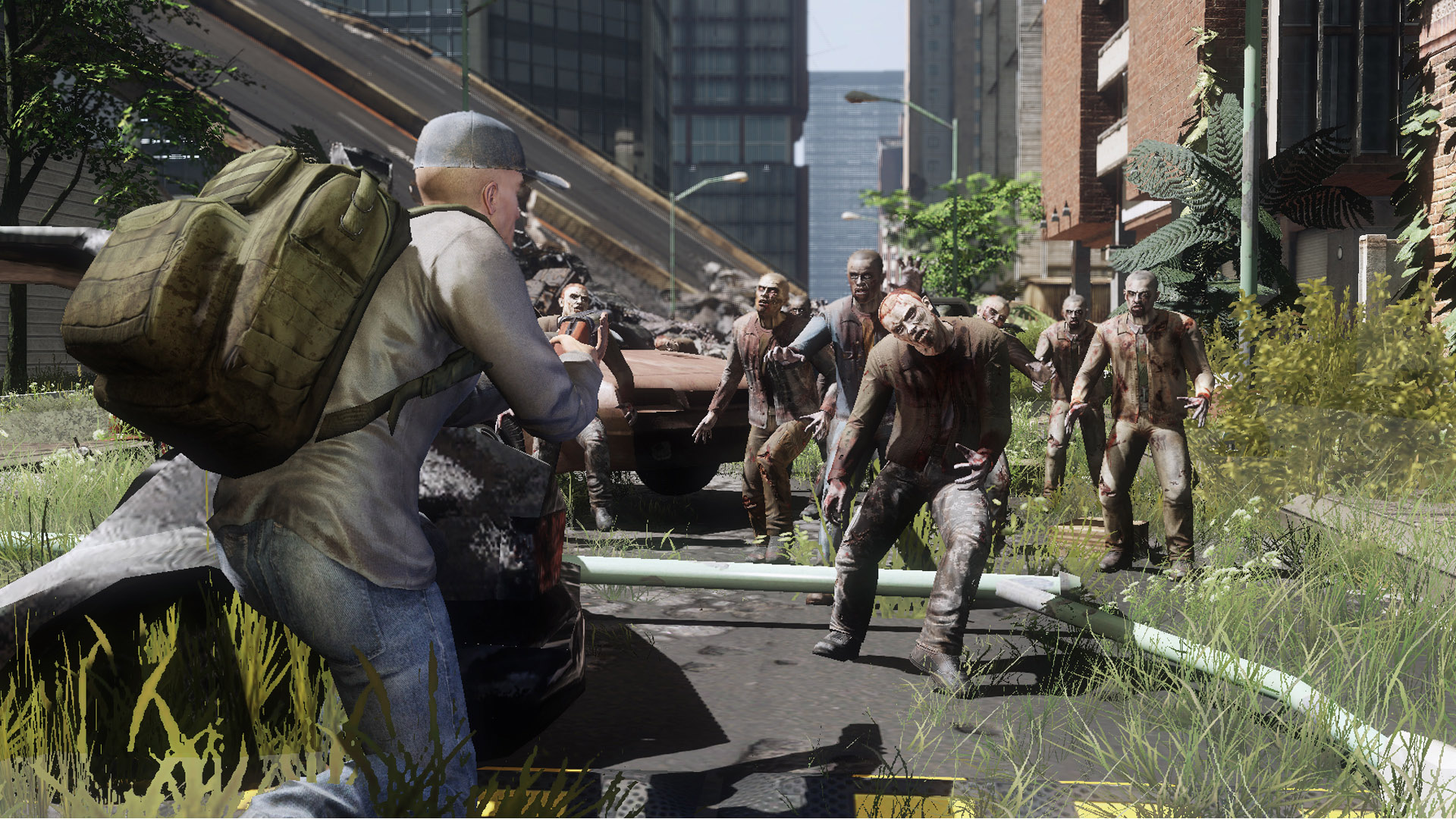 LOS ANGELES – October 30, 2012 – With a current player base of more than 200,000 gamers, the time is now for remaining survivors that have yet to get their first taste of The War Z.  The game is available for unrestricted access on October 31, 2012 and, to celebrate, developer Hammerpoint Interactive is introducing brand new content that will feature the following:

Additionally, to commemorate this milestone, Hammerpoint will be reintroducing the “Legend” package for a limited time.  Through Sunday, November 4, 2012, the Legend package, which was previously sold out, will be available and will include the following:
Players can purchase the Legend package (or other packages) now at (http://www.thewarz.com/buy)
“The last couple of weeks of Alpha, since we began allowing public access, have been incredible,” said Sergey Titov, executive producer for The War Z. “We’re extremely happy with the way things are going and the players seem to understand the hurdles of the game being in Alpha and have been really supportive. We will continue to listen to the feedback from our community and use it to add the features and content that will match their expectations and help us to make this game the best it can be.”
The War Z is an online, multiplayer, survival-simulation game set in an open world infested with zombies.  Players are thrust into this post-apocalyptic world five-years after a viral outbreak that ravaged the human population and left, in its wake, a nightmare of epic proportion.  Hordes of undead zombies roam the cities, and the few remaining human beings have devolved into a lawless, nomadic society where the sole objective is to survive at any cost. Players must use skill and cunning in order to acquire food, weapons and other supplies necessary for survival.  While navigating the vast landscape, they will discover cities teeming with the undead as well as other players that may or may not be friendly.
Players can visit http://www.thewarz.com for more information.  They can also have a chance to win gear and game access by “liking” on Facebook (http://facebook.com/warzmmo) and “following” on Twitter (http://twitter.com/the_war_z).
About Hammerpoint Interactive
Hammerpoint Interactive was formed in 2011 by a team of experienced developers looking to create a fresh experience in the online, multiplayer arena. Having worked with large publishers, such as Electronic Arts and Activision, as well as on multiplayer games, such as World of Tanks, the team possesses the knowledge and skill to create multiplayer games that appeal to both hardcore and mainstream gamers. The company is backed and financed by Arktos Entertainment Group.
About Arktos Entertainment Group
Arktos Entertainment Group (www.arktosentertainment.com) is a privately held Los Angeles based investment and holding company, providing investment as well as creative and production management support for companies in the interactive and online entertainment industries. Arktos Entertainment published and is operating The War Z through OP Productions, LLC, a newly created subsidiary.
hammerpoint interactive   the war z   windows pc