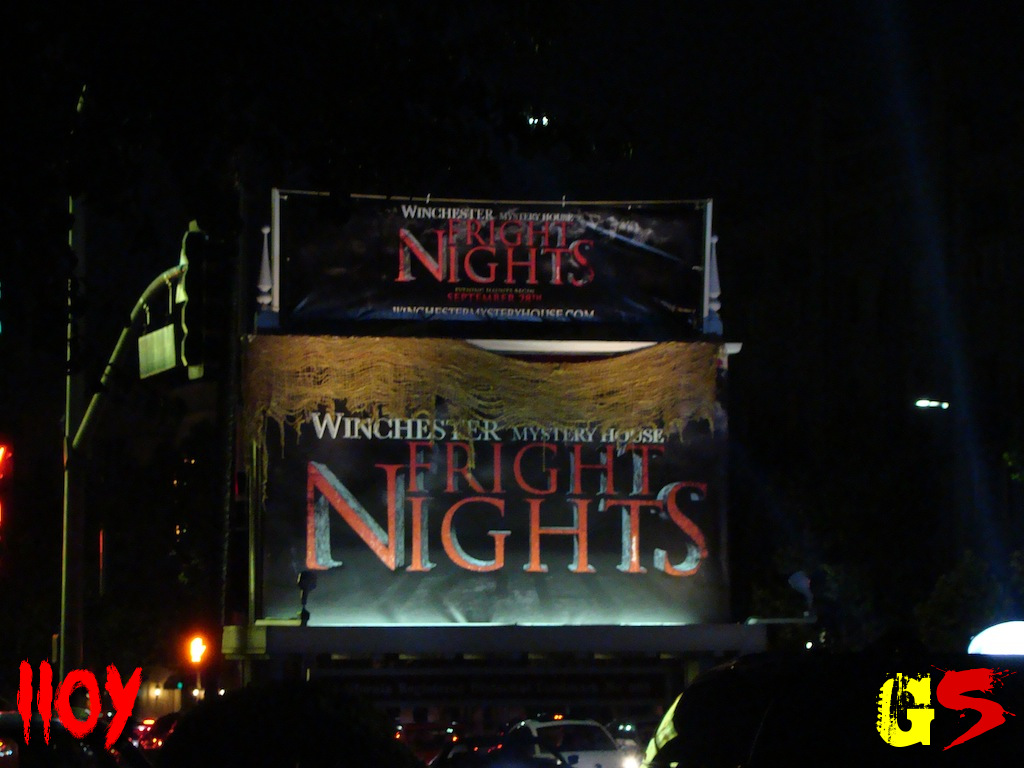 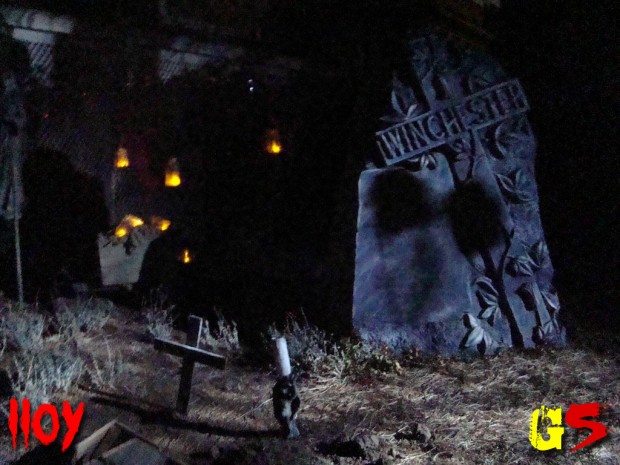 Let’s face it, The Winchester Mystery House in San Jose, CA is creepy, year round.  Voted #2 of The World’s Most Haunted Places by the Travel Channel, #3 in Scariest Locations in America by HauntWorld Magazine and #5 in 10 Great Places To Get Spooked by USA Today, Winchester has a disturbing history and feel that even SyFy’s Ghost Hunters had a hard time dealing with.  So when they decided to add a maze to the grounds last year to go with their seasonal Flashlight Tours it was enough to have you peering into shadows without all the scare actors out there to give you extra goosebumps and terror jumps.  But was it enough to bring you back for more a second year?

The Curse Of Sarah Winchester: The Resurrection

With an estimated 40 minute run time and over 100 scare actors, The Curse maze is one of the longer mazes to be found during the haunting season and utilizes massive amounts of the Winchester estate that normally isn’t seen by the average visitor.  As you take in old machinery and buildings dating back to the early days of Sarah Winchester’s days of reign over the grounds you constantly feel you are being watched and most of the time you are right.  As you wonder if a statue at one location is a permanent part of the estate, its head slowly turns and regards you emotionlessly.  As you notice overgrowth trying to reclaim an old shack part of it lurches forward and a scare actor in a gilly suit gives you a start.  You walk down the path made famous for Sarah Winchester sightings and around the corner walks a woman in white, slowly strolling with her face lit by a candle.  For every one of these subtle creepy scares there is two jolting, terrorizing ones as at every turn there is something designed to scare the wits out of you.  A white sheet on a clothesline suddenly has the worlds “Go Away” scrawled across it in blood only to have it fade away a moment later.  A tricycle without a rider slowly pedals it’s way into your path as something moves in the bushes nearby.

If it seems like I am giving away all the scares, I am not. This is just a small sample of what you can expect on the extensive walk through the maze and the scare you get one time will have an entirely different one get you next time.  It is unscripted and there are multiple ways to get you in any given location, especially since all the locations would be creepy to walk through even without scare actors and special effects.  You are walking what is reputed to be some of the most haunted ground in the world, there is always a chance that the next scare you get might not be from an actor.  The sets are built to use these grounds well too, sometimes making significant additions, other times just letting you walk through old machinery and chains that have been in disuse for decades.  Some scares are designed to give a bit of a laugh, some to be disgusting but all to be scares and for a single maze The Curse Of Sarah Winchester: The Resurrection packs a lot of terror in for your buck as well as giving you an off the beaten path tour of this bone chilling estate.  When you go, and we highly recommend you do, make sure to get the Front Of The Line VIP pass so you can get front of the line and go through multiple times because the maze is never the same twice. Between some very cutting edge scares, the appropriately haunting soundtrack composed by Southern California musician Jon Autopsy and the just plain old creepy natural environments of the Winchester House it’s almost like a maze was begging to be built here. 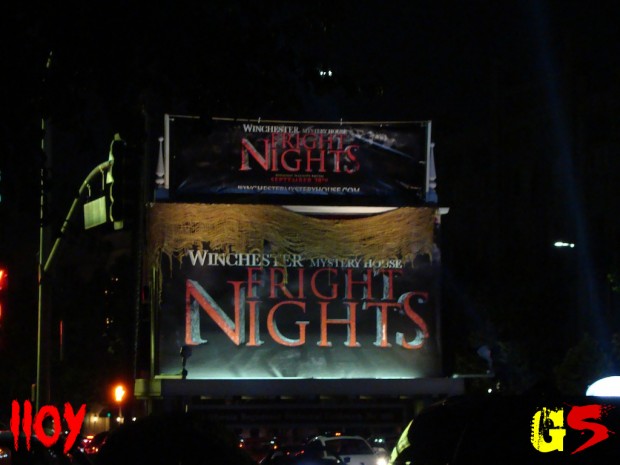 “Walk With The Spirits” Flashlight Tour

We have done the Winchester Mystery House tour a couple of times before and, though it is always creepy when you do it during the day with a big group, you often find yourself with at least a couple of people who were dragged along on the tour and really don’t care about it and spend the whole time talking about other stuff.  When we took the Flashlight Tour a couple years ago we found a much more dedicated crowd as we all walked through the house led by a tour guide full of haunting lore and armed only with clunky old fashion yellow flashlights like something out of a Scooby Doo episode.  We did it last year as well, soaking in the atmosphere and watching every shadow to make sure they moved from our flashlights and not of their own accord.  You found you didn’t want to stand in the corners because someone in the group would inevitably get spooked and think you were… well a spook and hit you right in the face with the flashlight beam.  It was creepy as heck and you really found yourself believing every story you had heard about the place and waiting for your brush with the supernatural.

Well you would think that would be hard to top but this year they did.  We found ourselves behind a very large group of babbling people, making a huge amount of noise and distraction, their flashlights shining in everyone’s faces and since the old clunkly flashlights have been replaced by handy and tiny black and red LED ones those lights really hurt the eyes.  Then we got handed a wand and headset each.  Wait, what was this?  We smiled as the obnoxious, though enthusiastic, group walked away and we waited… to start our self guided tour.  Stepping into the modern age of electronics  The Winchester Mystery House people had invested in tour wands like you would see at LACMA or another large museum and now we were on a tour of two working our way through the house at our own pace, avoiding crowds of people and taking in the great voice acting of the narrator.  The stories about the house were all there, told by the guides who witnessed the events in their own words while in between the creepy sounding narrator pointed out the key features of the house.  Once a track of narration was done you could move onto the next location and continue the tour or you could stay where you are, maybe turn off your flashlight, and just take in the atmosphere of the room.  If this wasn’t quite enough for you there were a couple scare actors at certain spots in the house to get your pulse racing a bit when you see their face in a dark crawl space peering back at you.

The Winchester Mystery House is a great place to visit any day of the week but if you really want to get the full experience of the house and its grounds the time to go is Fright Nights when you can do the Curse Of Sarah Winchester: The Resurrection Maze and the self guided “Walk With The Spirits” Flashlight Tour.  With a 40 minute maze and a tour that runs around the same length depending on the individual you get quite a bit of time for your money and we highly recommend going through the maze more than once since it is never the same twice.  Take your time, take in the extremely well done soundtracks throughout the maze, take in all the details both created and found on the grounds and keep an eye out for the man pushing the wheel barrel who looks out of place, he might not be part of the planned events. 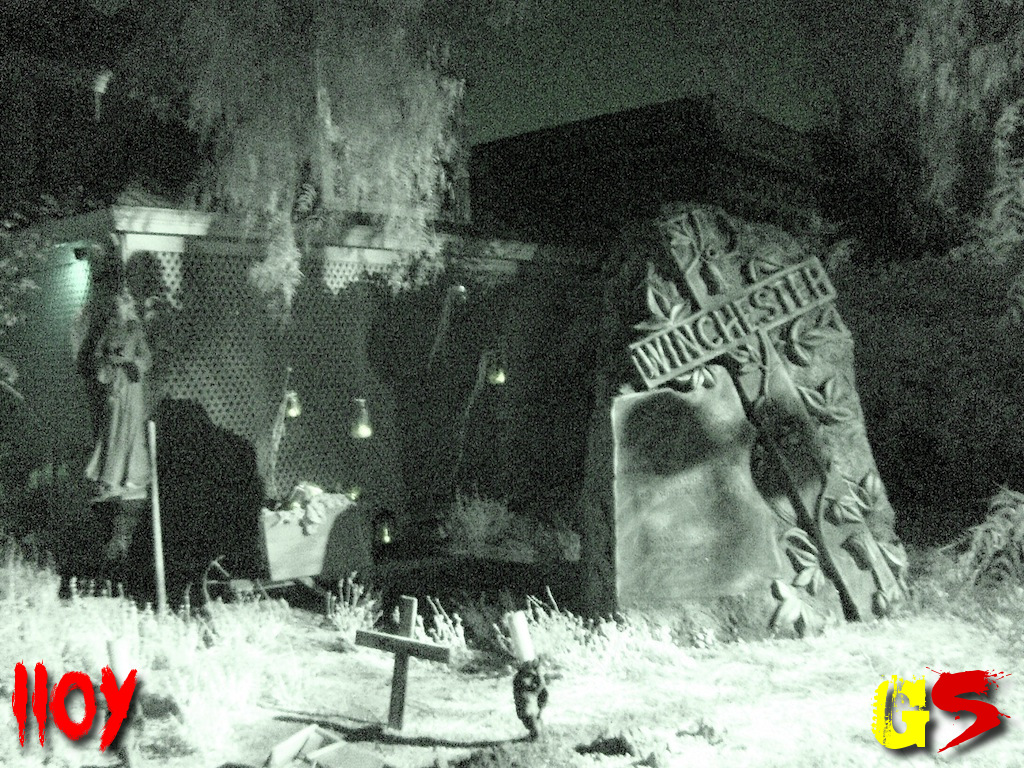 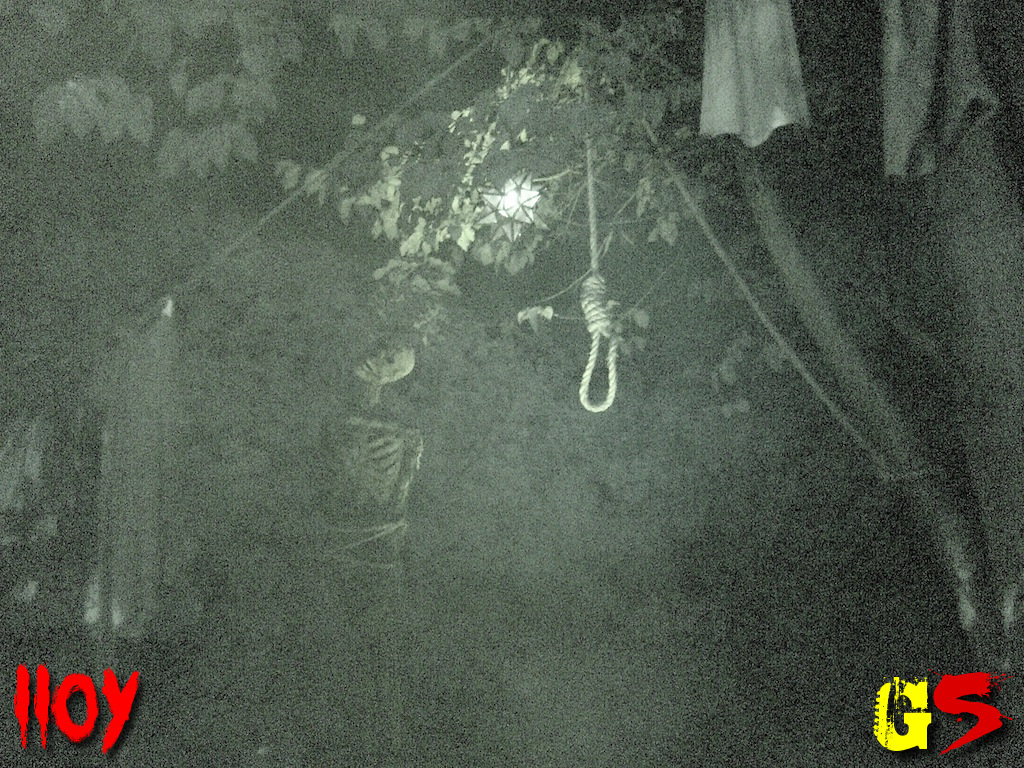 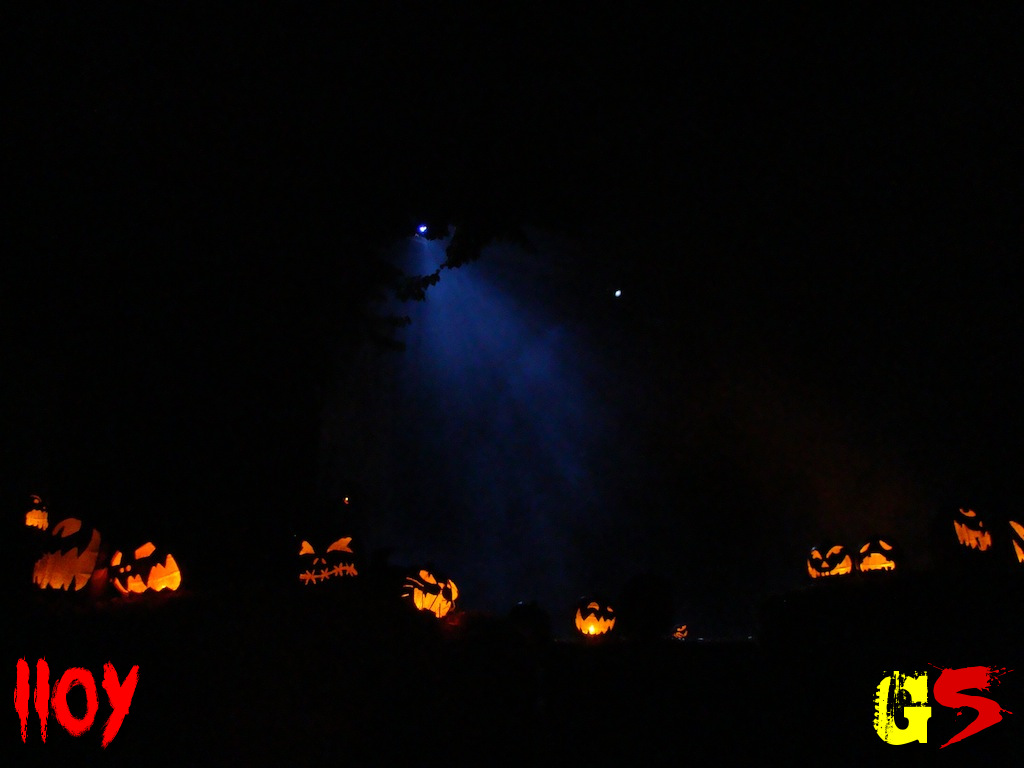 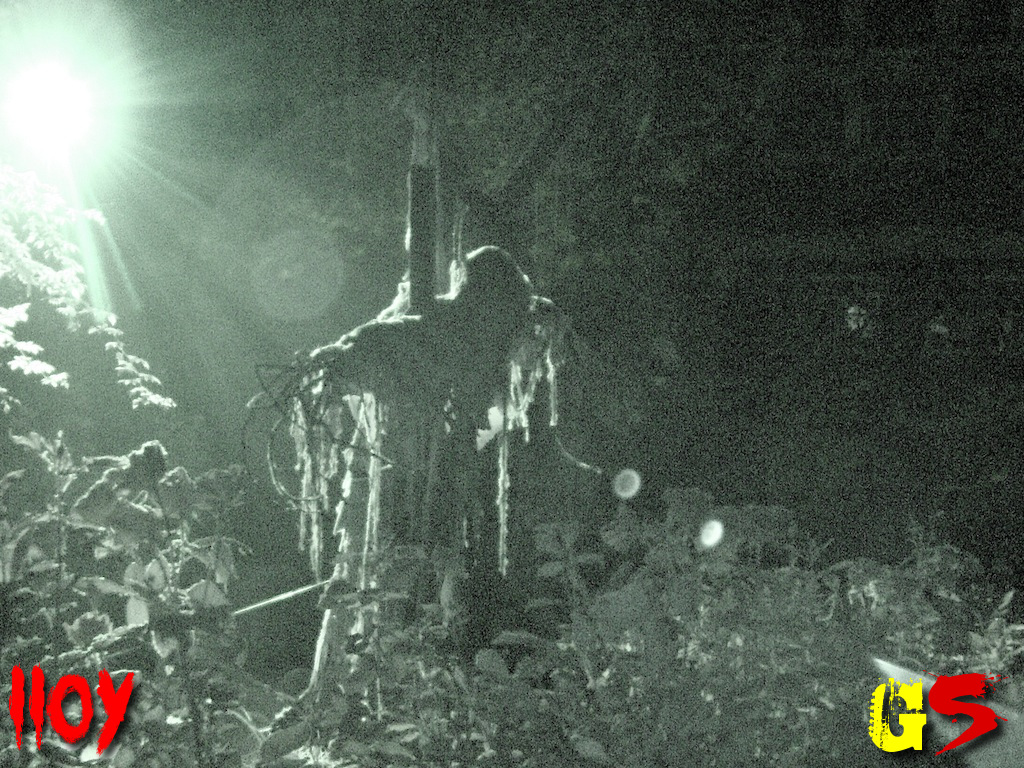 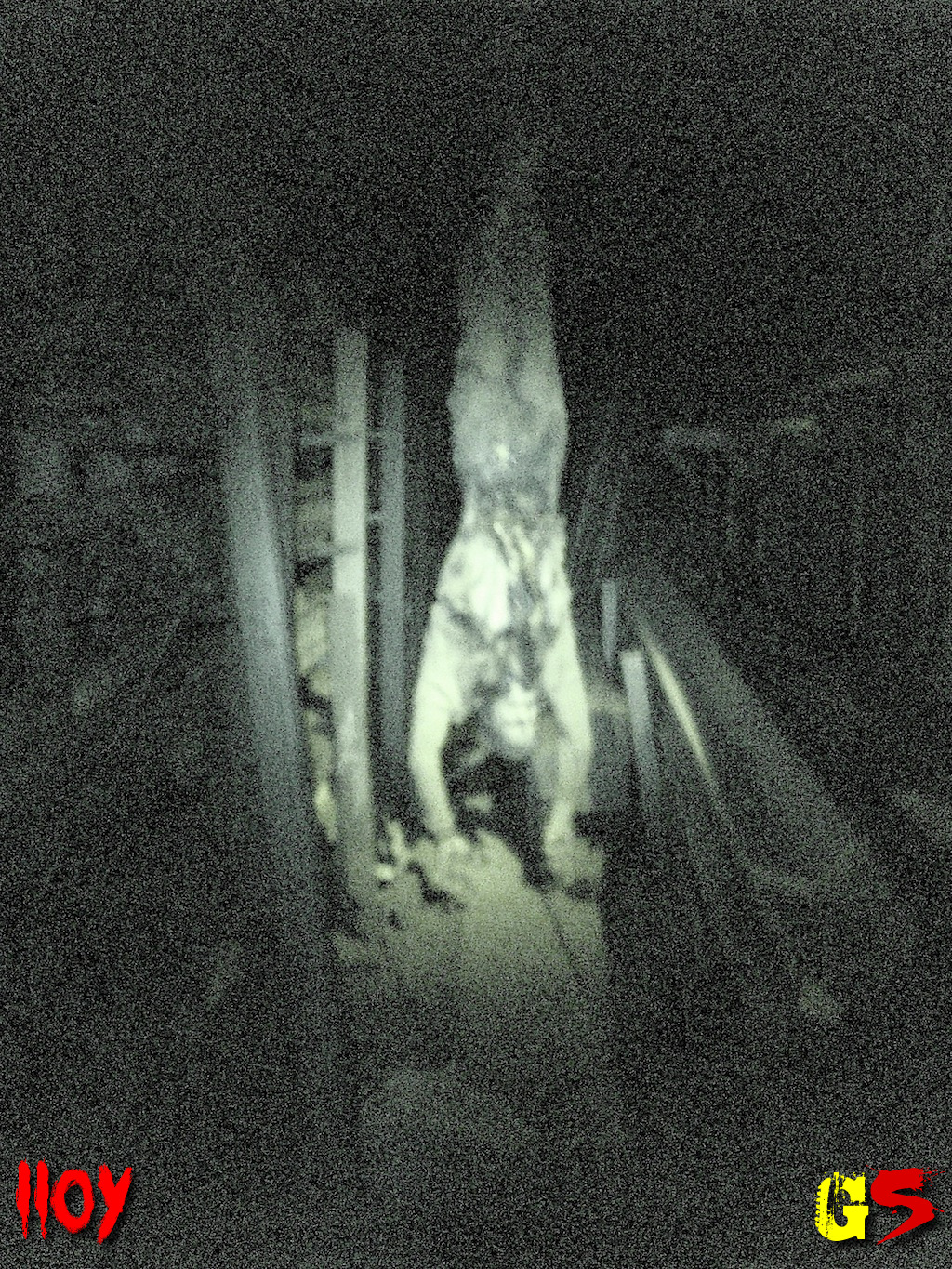 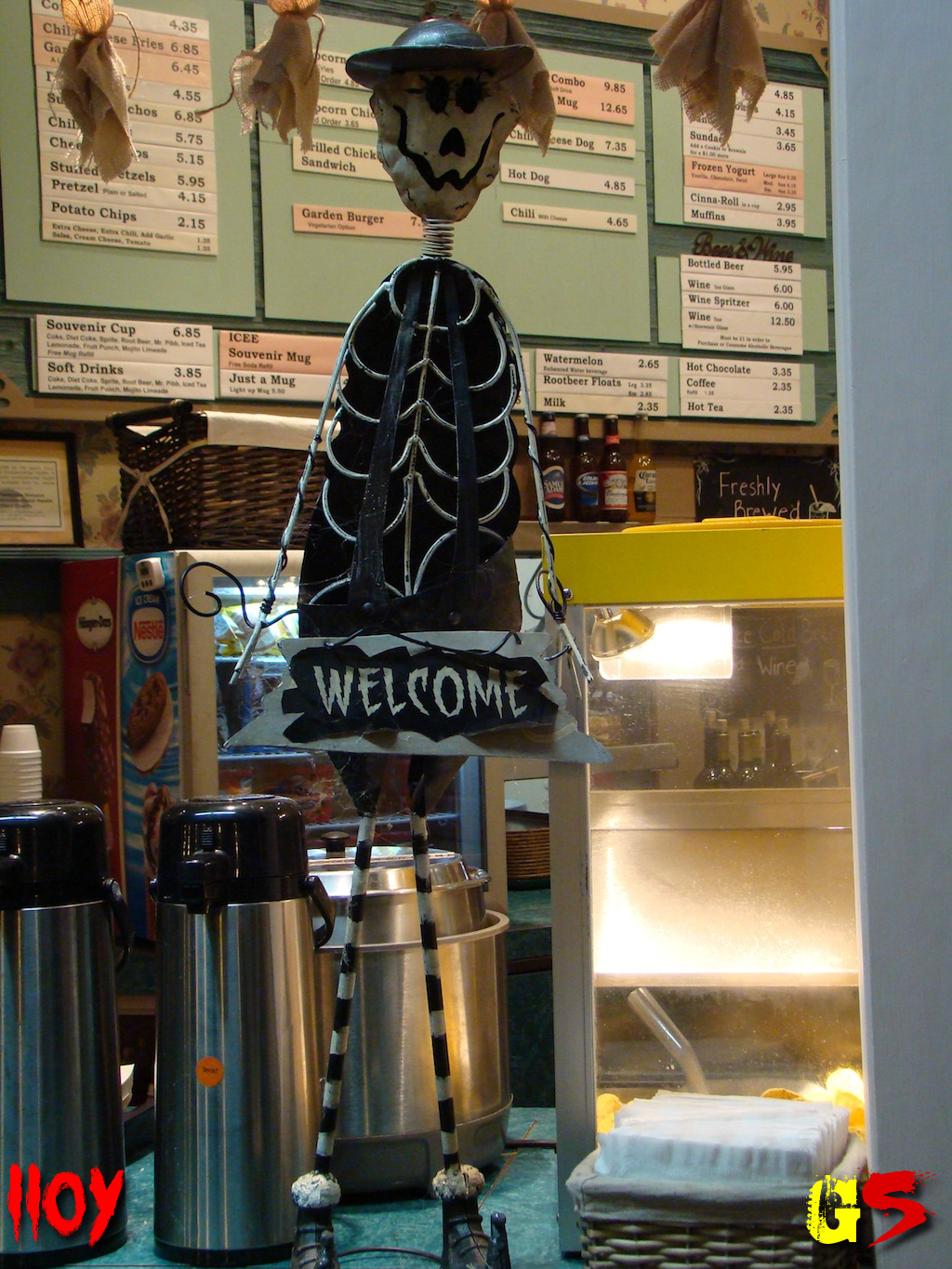 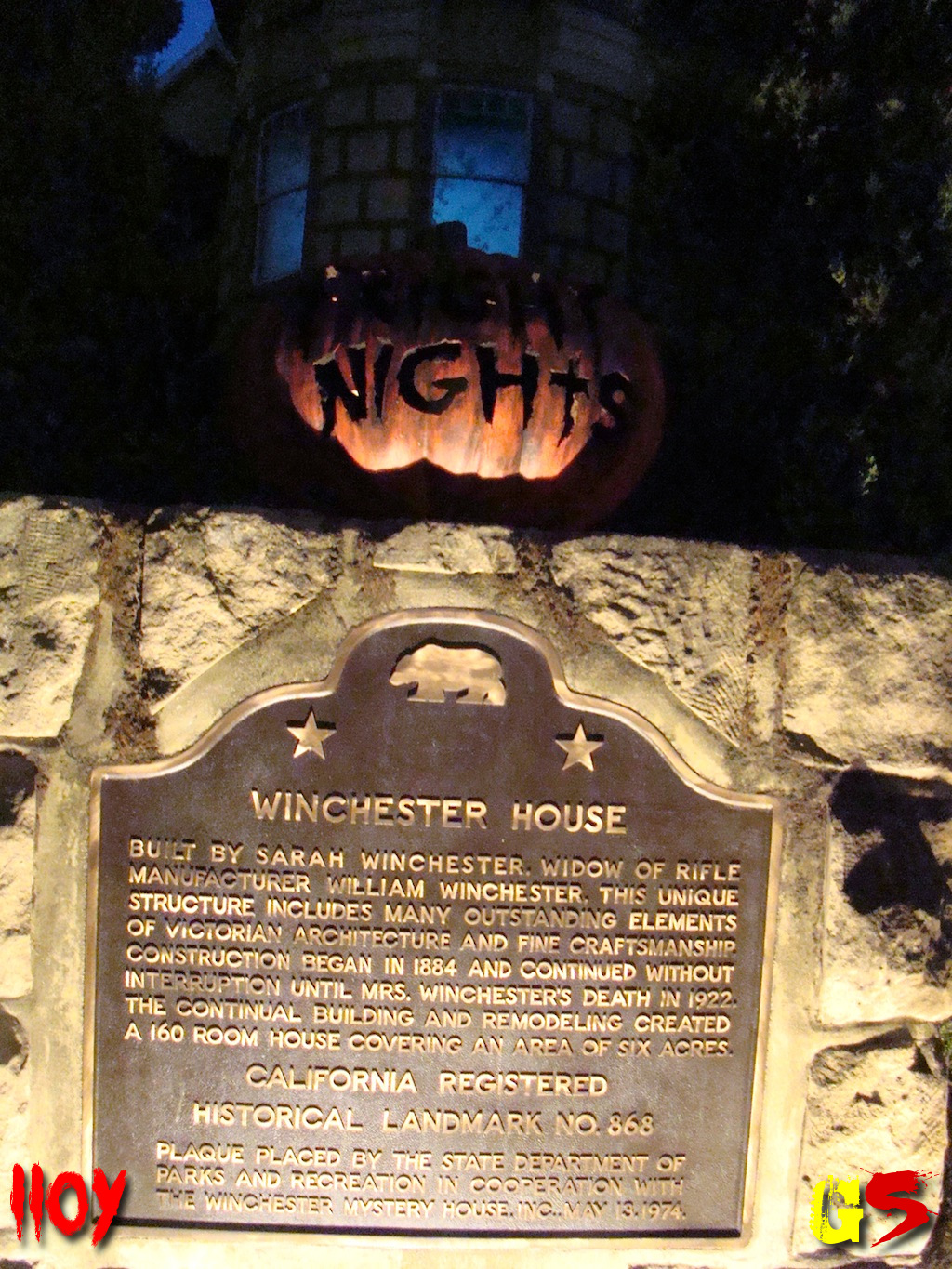 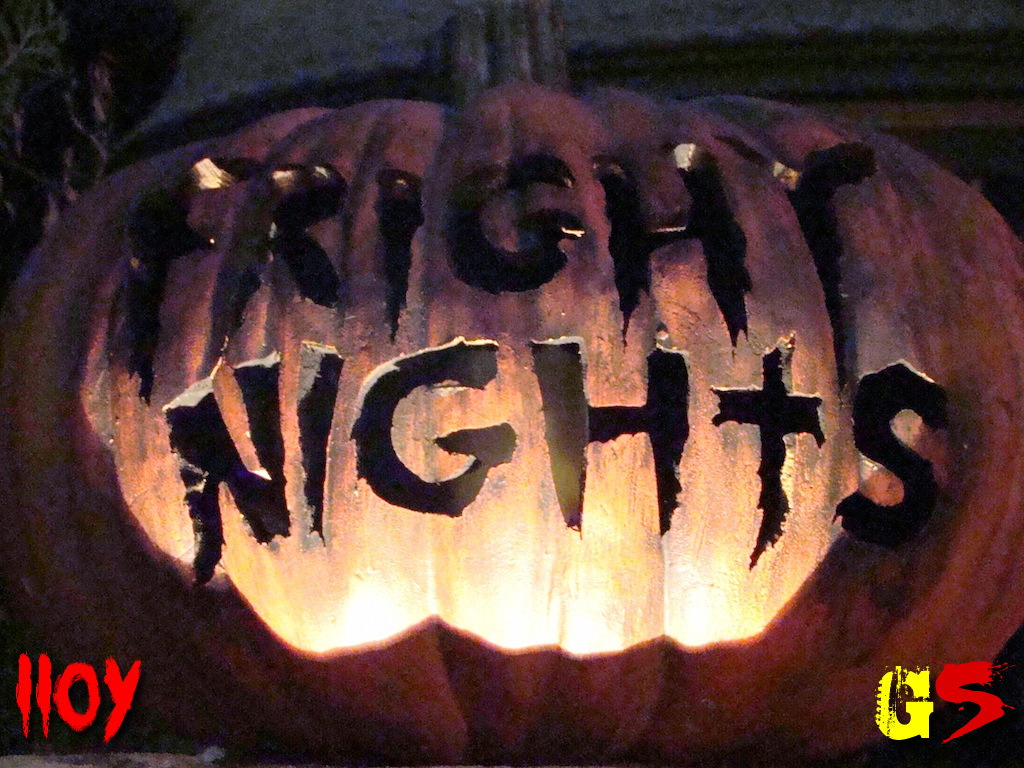 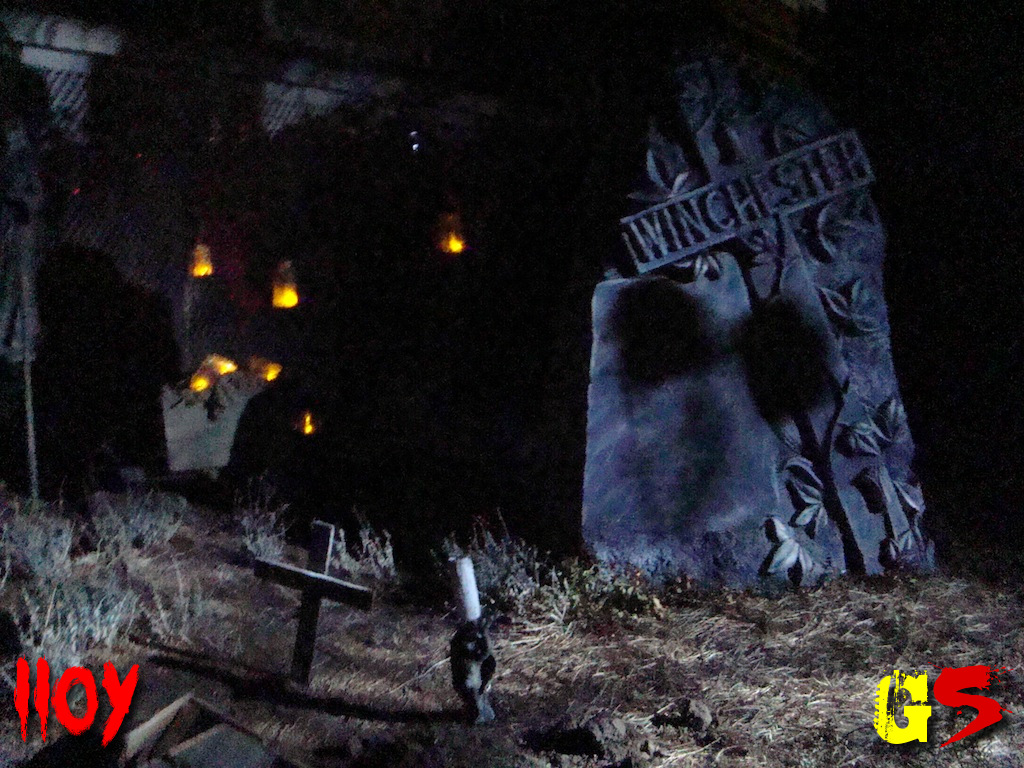 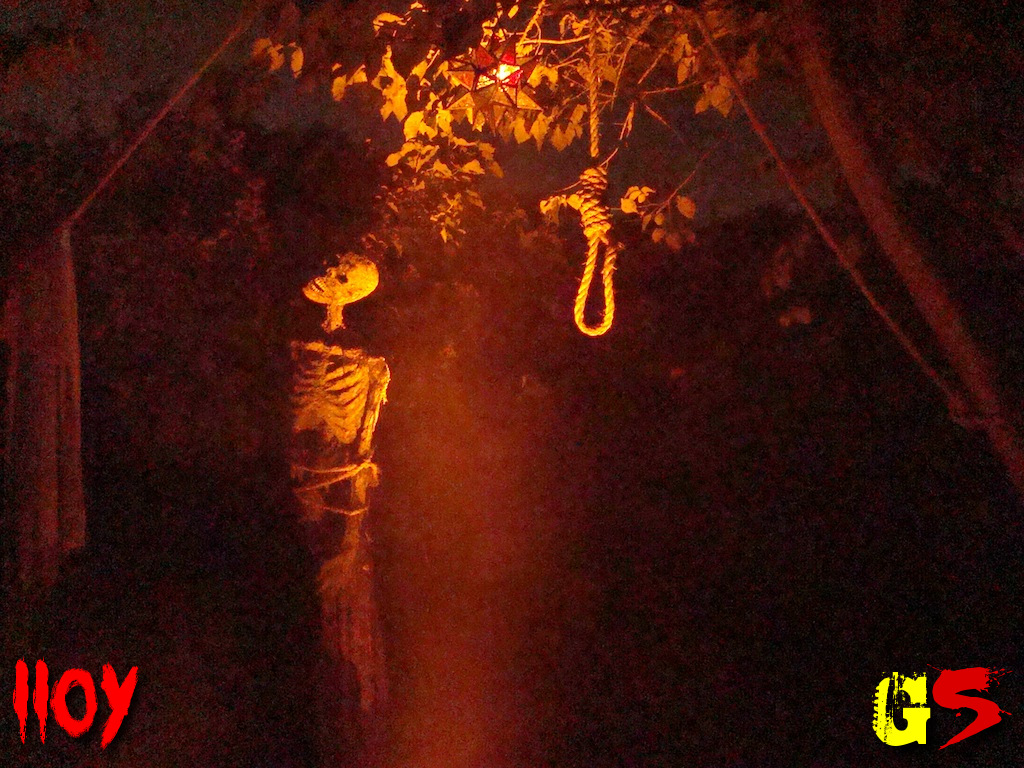 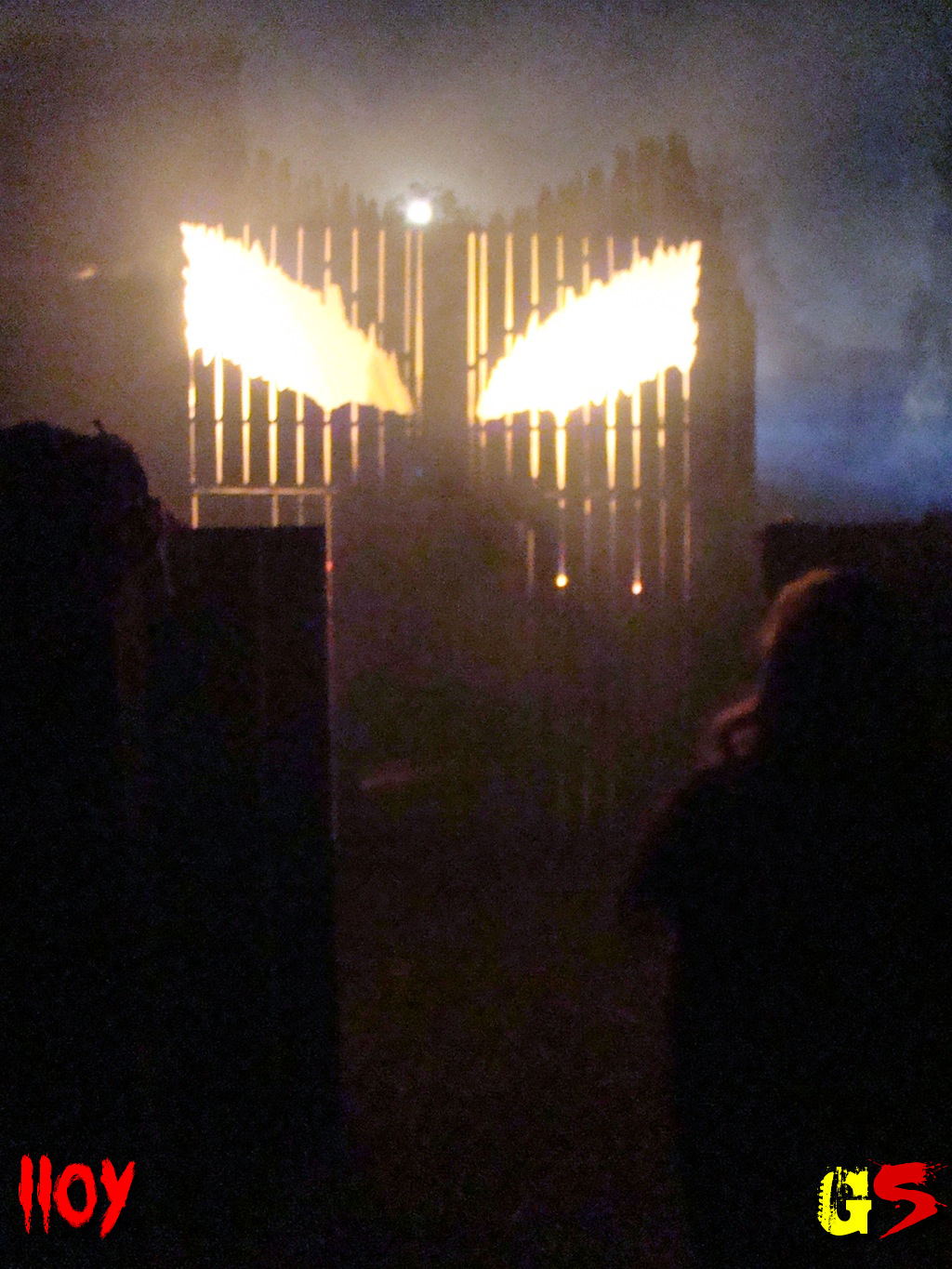 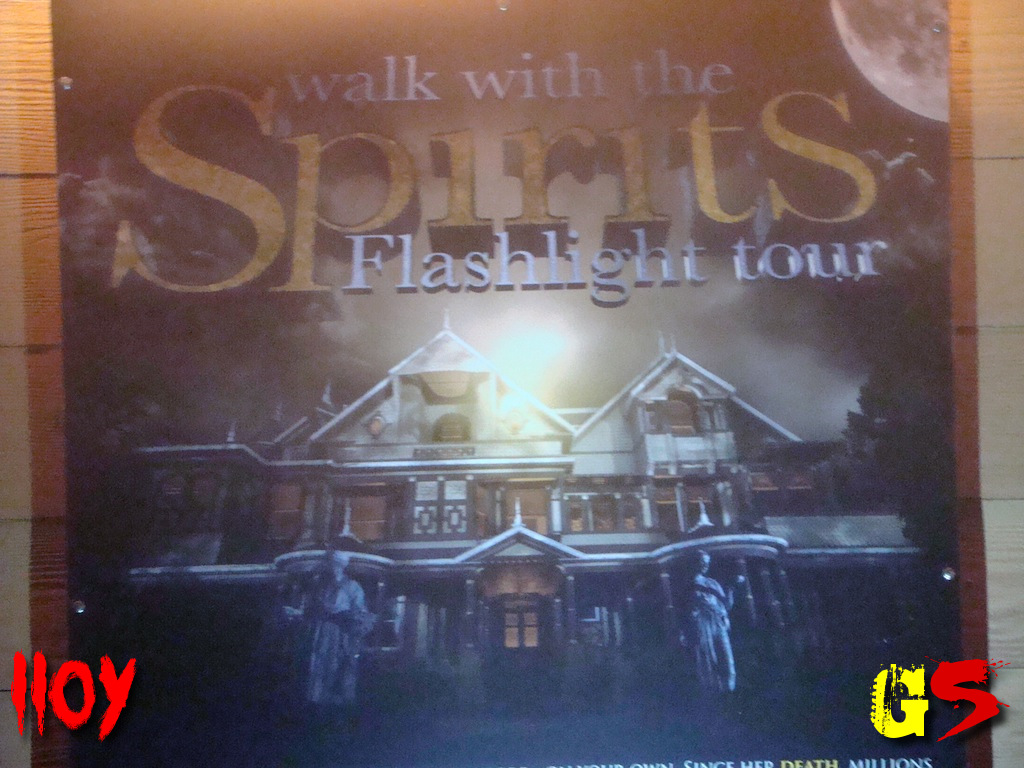 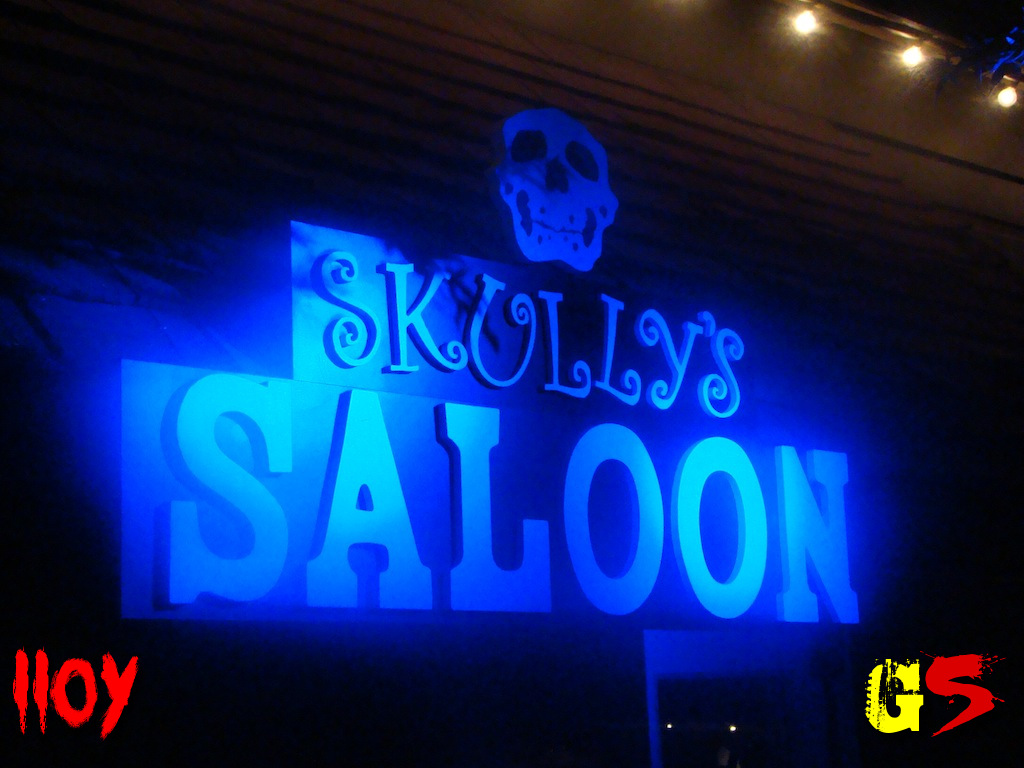