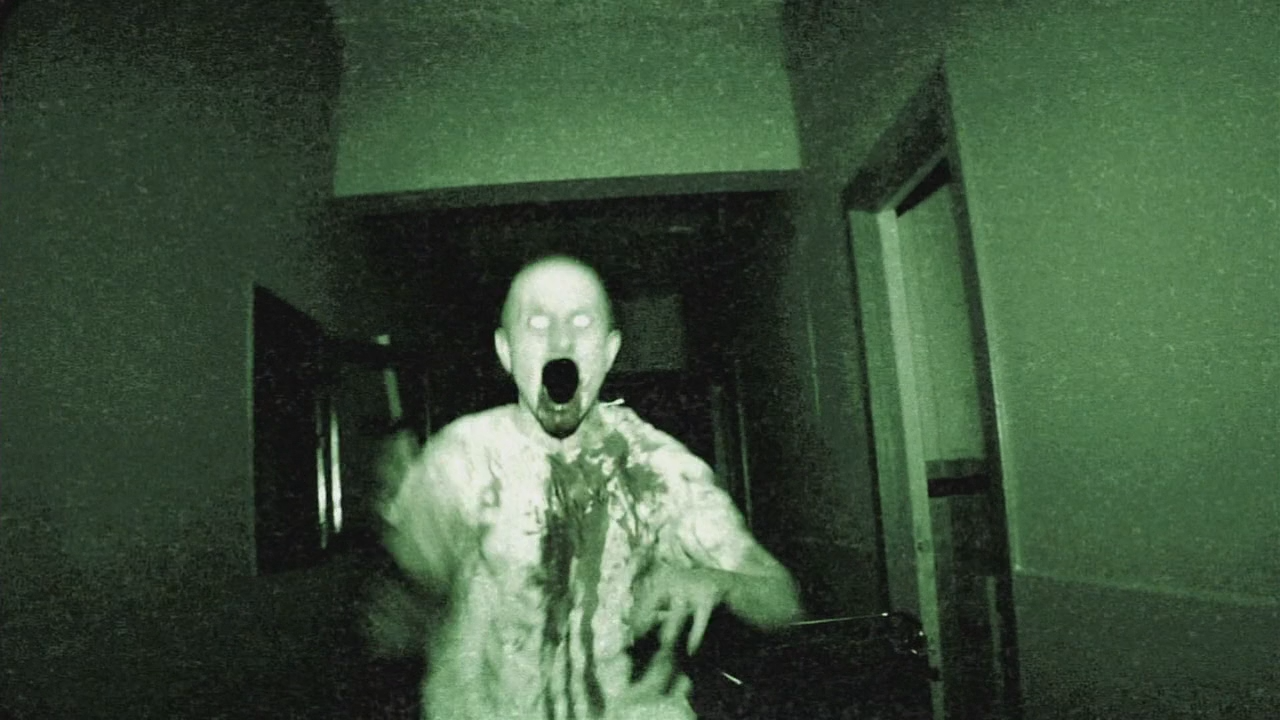 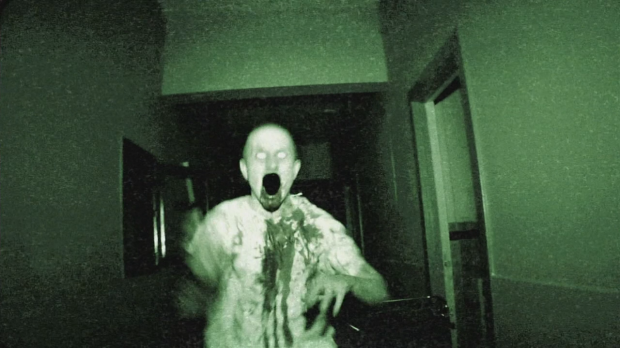 Grave Encounters 2, the new film from the Vicious Bros., begins by showing clips of students reacting and talking about Grave Encounters. The new film takes a reality/viral-video style voyage in a world where the first film was actually released to its characters. The new cast in the sequel begin to investigate the original film’s production (which has become a sort of cult-film) and decide to delve deeper into its happenings. Obviously, this is just a terrible idea and will results in creeps, scares, chills, and death. Unlike Human Centipede 2, which takes a similar look at its preceding film, Grave Encounters 2 does this frame story style very well, and the Vicious Bros. should be commended for balancing the two films together – adding a lot of new mythology in the sequel while keeping grounded in the world setup in the original.

The scares are far more visceral in this sequel, with more blood and straight-out action than before. The cast is all natural in their deliveries, which is so often an issue in these found-footage style films, and were a pleasure to watch. The effects budget has also been increased for this one, and the added production value shows. All of the effects come off VERY realistically, and it all blends together in a ballet of horror.

Additionally, the way the directors weaved in some serious twists and turns in the movie’s plot was masterful and, without giving anything away, I was very satisfied with how it all turned out. Overall, I would definitely recommend Grave Encounters 2 for anyone looking to watch a film with genuine scares this Halloween season.

Grave Encounters 2 will be available on-demand beginning today, with a select theatrical release on October 12.