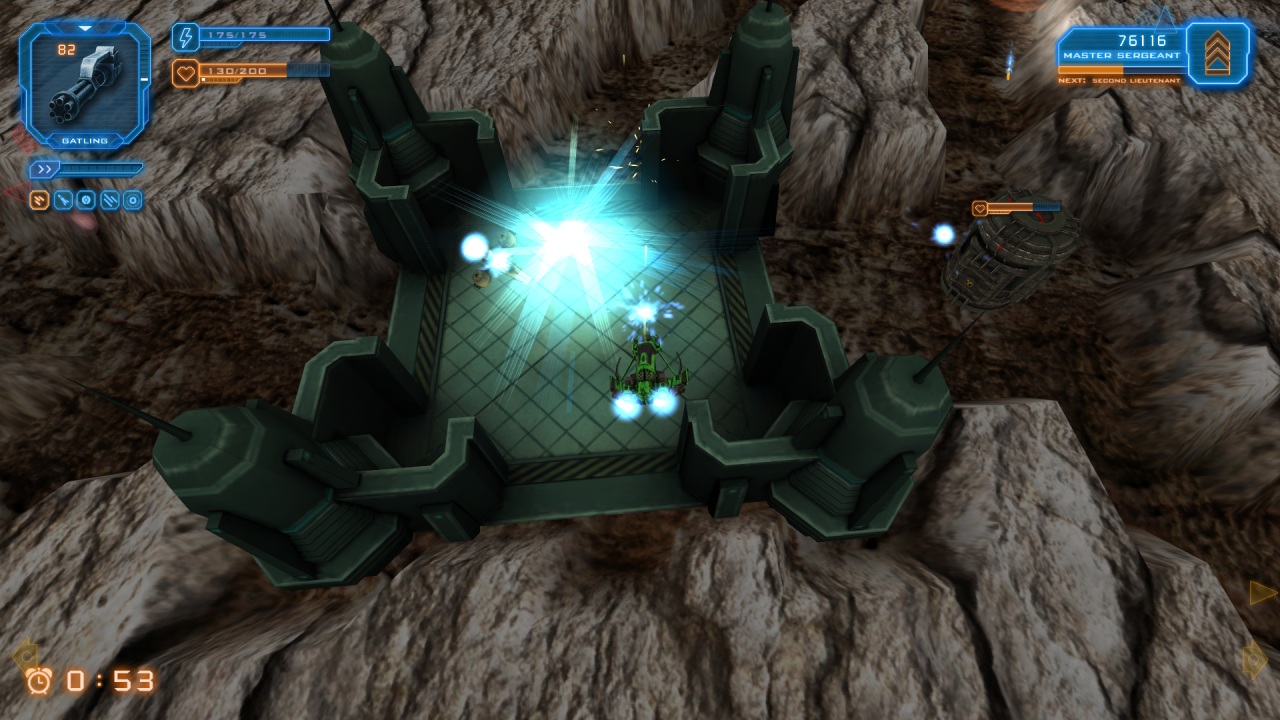 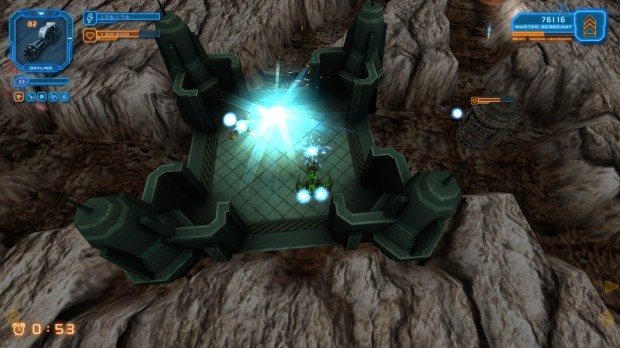 Everyone loves a good story, right? Especially when playing a video game. Stories gives you sense of purpose, tell you what you’re fighting for, etc. More to the point, stories tell you just what it is you’re doing in a game and put you deeper involved in what’s going on with your character or characters. Unfortunately “Miner Wars Arena” misses this basic game development completely, along with quite a lot else, leaving you, the player, confused and probably insanely frustrated.

MWA is a game that literally throws you into the heart of the battle. The only thing is, there’s no telling what you have to do, other than basically survive. That’s it. It’s mindless blowing AI crafts up and using a “mining vehicle” to do so. However, even the mining is a pain in the ass since your ship has a limited amount of energy which heavily decreases when using your mining skills. If you run out of energy, your ship explodes. On top of that, your energy is depleted simply by moving your ship, taking you away from the battle and making you return to your starting point on a continuous basis.

An even more difficult learning curve are the controls. Using the mouse and keyboard, there are literally over 35 hot keys you need to memorize in order to successfully and competently maneuver your ship. This makes for a lot of deaths, especially in large firefights. To make matters worse, aiming your weapons takes a lot of practice and hit detection isn’t as well rounded as you’d expect in modern day games. It also seems as if almost every single enemy has a better ship than you do and they are experts at using their weaponry, even in Easy mode.

You have a choice of three ships, your basic well-rounded ship, the more speedy yet weaker ship, and of course the tank style ship that is brutal but slow. Weapon choices range from gattling guns to laser to mines, with a few extras thrown in. Still, every single weapon takes a lot of practice to get used to and all ammunition has its limitations so mastering every option will definitely take more time than you might be willing to dedicate yourself to in this game.

The graphics leave something to be desired. Sure, this is a basic PC title but the lack of shadows in some places really don’t give you the depth you’d expect to see in modern day games, especially one which utilizes the unbelievable graphical abilities that a home computer can produce.

If that hasn’t driven you away, wait til you hear the pilot commentary. Yes, every time your ship eliminates an enemy or finds a power-up, the pilot has some enthusiastic reply. However, since power-ups and enemies are all over the place, kills and power-ups start to rack up and the lack of voice acting used for the pilot means you’ll start to hear the same phrases over… and over… and over.

MWA does have its old-school top down gaming feel to it that has your sci-fi space pilot theme as well. Still, there are plenty of better, and even older games that make the brand new MWA obsolete before it’s even released.