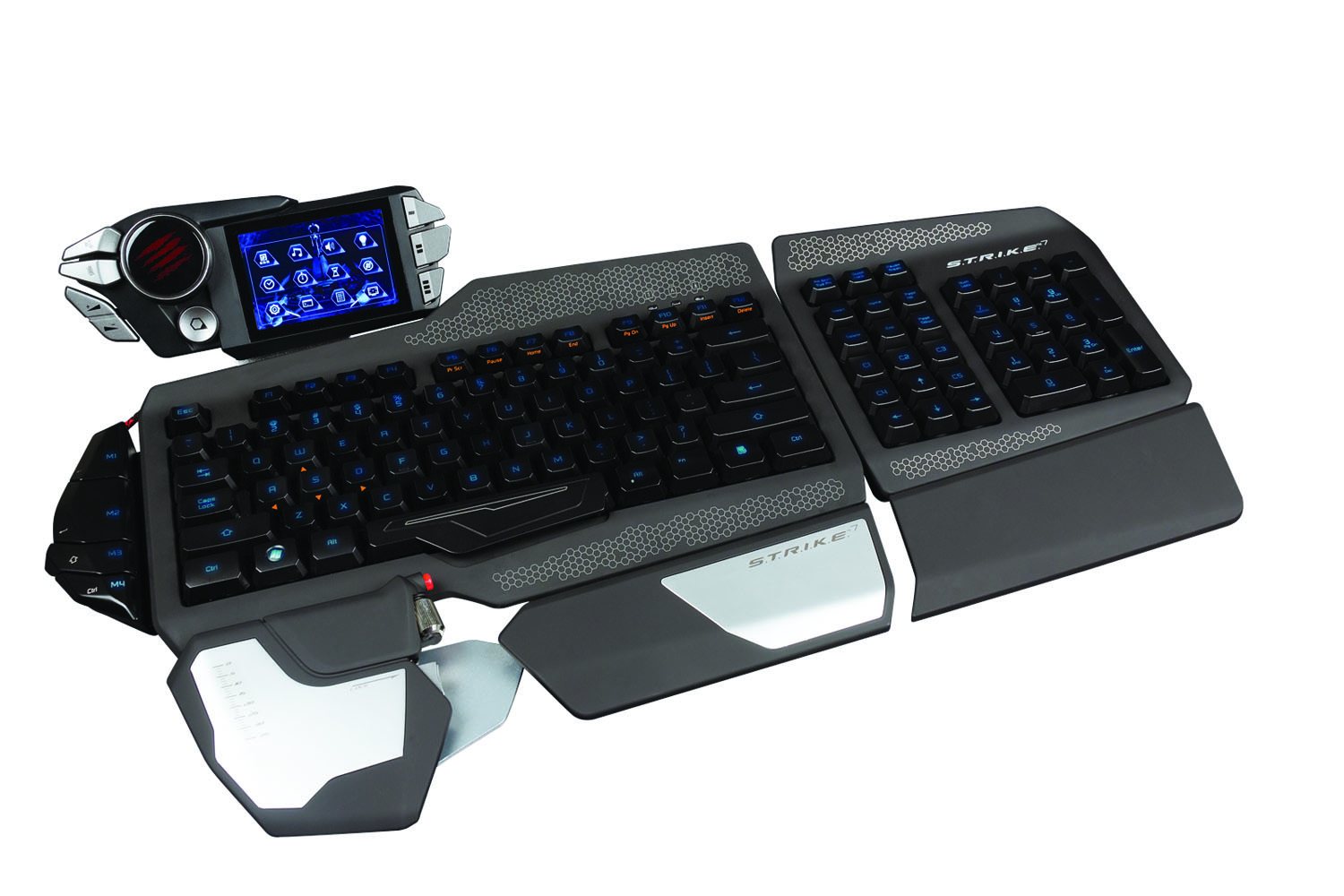 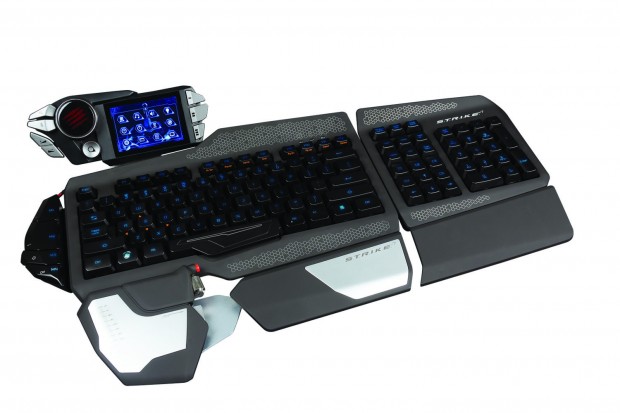 When Mad Catz announced their S.T.R.I.K.E. 7 gaming keyboard, I initially chuckled in shock. The thing was the most over-the-top gaming keyboard I had ever seen in pictures. Thankfully, the keyboard every bit lives up to its over-the-top looks with its over-the-top performance and features. We were thrilled to get playtime with this monster and hope you will also before making a snap judgment based on looks alone.

The S.T.R.I.K.E. 7 is made up of multiple, modular pieces that can be arranged and re-arranged as you wish. There are quite a few configurations possible, depending on your needs. This kind of customization has, to the best of my knowledge, never been seen in a keyboard before. Mad Catz pulled out all the stops with this entry into the gaming keyboard market. It also features 24 programmable keys with three different possible profiles, for lots of key customization, not to mention removable arrow and WASD keys (it comes with various types to put in place).

One of the more interesting things about the S.T.R.I.K.E. 7 is its membrane keyboard which is meant to mimic the performance of a mechanical model without the noise and finger stress. How did they do this? I have no idea, but I am guessing it involved some sort of primitive ritual sacrifice. Whatever dark magics were involved, the results were worth it: The S.T.R.I.K.E. 7 keyboard provides an excellent gaming experience. Not only is it quiet, but it also features one of the quickest double-taps I have ever seen in a keyboard. In terms of comfort, the S.T.R.I.K.E. 7 delivers with two wrist rests – each comfortable and pressure-reducing. Even after many, many hours of gaming, I had no finger or wrist tightness or soreness. Between the special keyboard mechanism and the wrist rest, your comfort is assured.

My one wish that the S.T.R.I.K.E. 7 did not deliver on was having a built-in webcam. The Mad Catz logo area next to the touchscreen would have been a great spot to house a small webcam for video chatting.

Obviously, you can’t review this behemoth of a gaming keyboard without talking up the LCD touchscreen with V.E.N.O.M. interface. Built into the keyboard are a plethora of apps designed to help your gaming be more efficient, more fun, and more fragtastic (I just made that word up).

Some examples of the apps:

Now, some of these are self-explanatory – program-specific volume and media controls being two examples. However, the journal app is what really made my inner-geek take flight. The journal app allows your to type notes on a per-game basis while you are still IN THE GAME and WITHOUT having to quit it. The keyboard simple switches from game input to journal input at the touch of the screen. In my game playing fun, I took the S.T.R.I.K.E. 7 through many, many sorties in DCS A-10C Warthog, probably the most-realistic home combat flight sim on the market. Being able to jot down target data and other navigational notes without using a knee board or piece of paper was heavenly! This app just makes my day. The Teamspeak app on the touchscreen is also insanely useful, allowing the user to navigate chat rooms and see who is talking currently just by glancing down at the little screen.

Additionally, the S.T.R.I.K.E. 7 features two USB ports on the back of the touchscreen housing that uses the included AC adapter for high speeds and power – great for charging mobile devices or whatever else. The USB ports will work as a HUB without the AC power, but at a lower speed.

Overall, the Mad Catz S.T.R.I.K.E. 7 gaming keyboard is an absolute monster of gaming power. It has so many cool and useful features in it that you will not regretting spending the dough on it. Speaking of which, the S.T.R.I.K.E 7 retails for $299.99 and is available now. 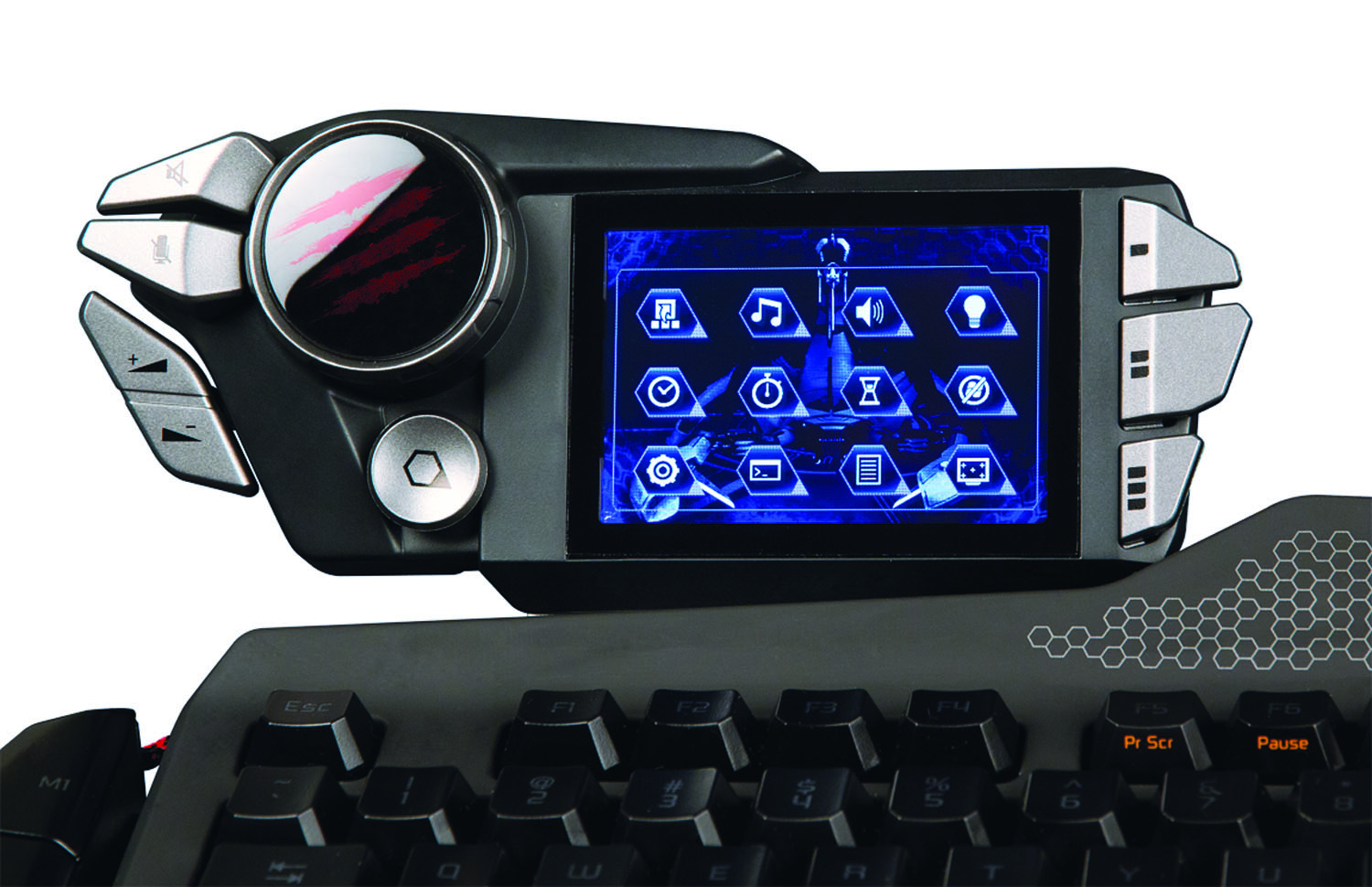 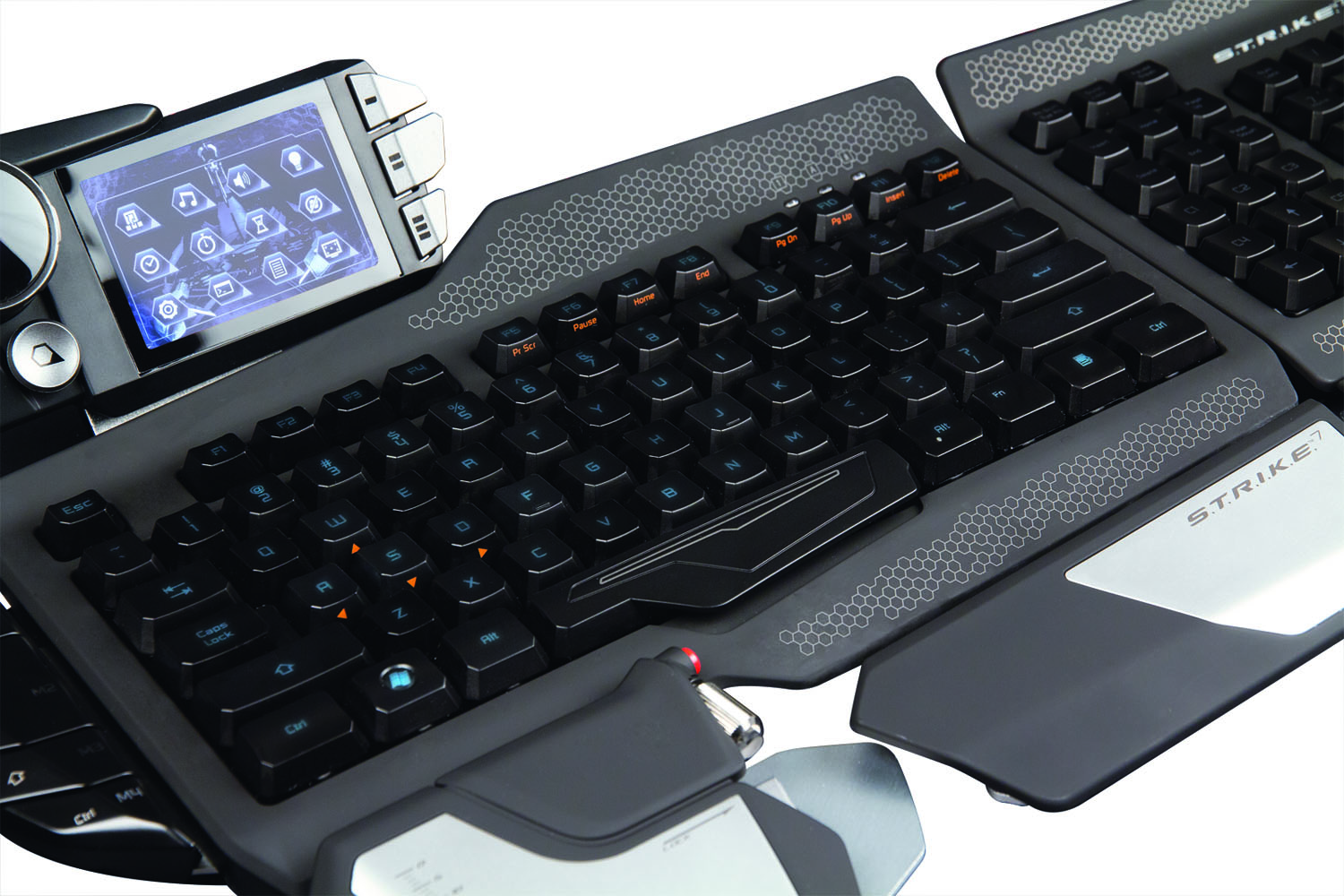