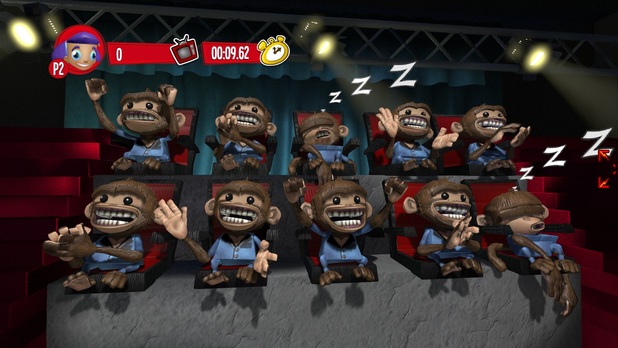 Ok anyone who know me knows I love me some monkeys.  I love them at the zoo, I love them with fezzes, I love people dressed as monkeys wearing fezzes.  So if you want my instant love in a game have monkeys that behave festively.  If you have a game that is supposed to be a television game show with monkeys as the audience, crew, and unfortunate participants in the competitions then you truly have my attention.  There is really no doubt at that point that I will at least like the game, possibly love it.  With that knowledge in mind it is time to review Lights, Camera, Party! for the PS3 which is loaded with more monkeys than, well just about anywhere else. 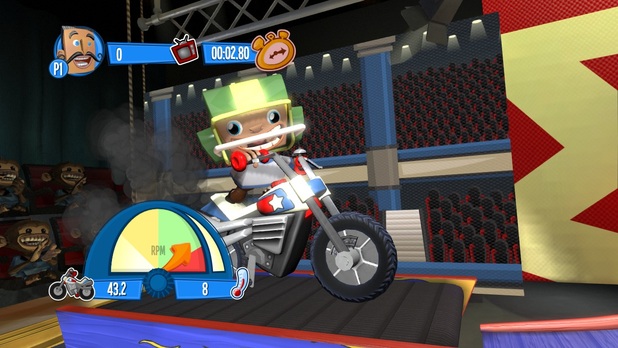 When one of APE TV’s satellites crashes on the Funzini family’s house, the studio owner, Gus Pacho, invites them to live on his studio lot.  But there’s a catch: as long as they’re living there, they have to star in a wide swath of crazy TV shows and compete for the grand prize: the home of their dreams! The challenges are even more ridiculous than Japanese game shows, which is a bold statement.  You bowl a rolled up cat through pins of monkeys, throw pizzas over volcanoes to dinosaurs, fill toads until they blow up, feed peppers to monkeys, actually even the games that don’t involve monkeys directly often have them somewhere.  As I mentioned above the audience and production crew are monkeys too, which in my experience is actually spot on to real television since I have been both.  So the story is pretty straight forward, it’s the vision that is twisted.

Pretty much everything you would come to expect in a game about a game show.  If I didn’t know better some of these sounds could have even come from the golden age of game shows when they were EVERYWHERE on TV, and the graphics look like Saturday morning cartoons, newer ones with 3D graphics rather than the old school ones.  The cartoonish fun lends to the silliness of the game and all the games within so that you giggle rather than get upset when you hear the cat let out a meow before being bowled through picketing monkeys.  The graphic quality is also good enough to lend emotions to the characters like a feature length cartoon. 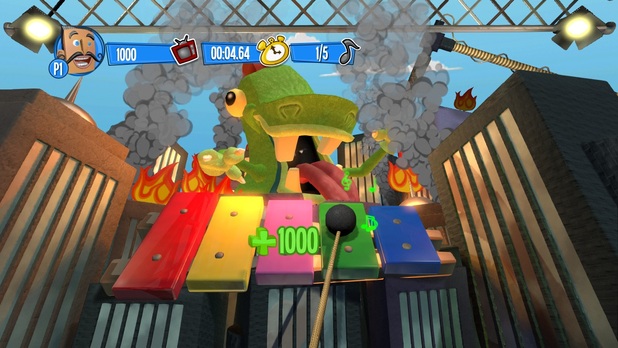 First off this really isn’t a single player game.  You can play it single player but the fun is in the controller passing around which is why the game has “party” in the title, it is totally a party game.  In story mode there are five themed rounds based off of tv shows (such as cooking, sports, sci-fi, etc.) and have up to 24 mini games. There are other modes that can take up to 8 players, absolutely a perfect party setup and puts the 50 different mini-games to use.  It is all played, and here is the key to the craziness, everyone plays with one controller.  Yep it winds up being a bit of a hot potato passing off to each person so they can try to complete their timed challenge before passing it on to the next. 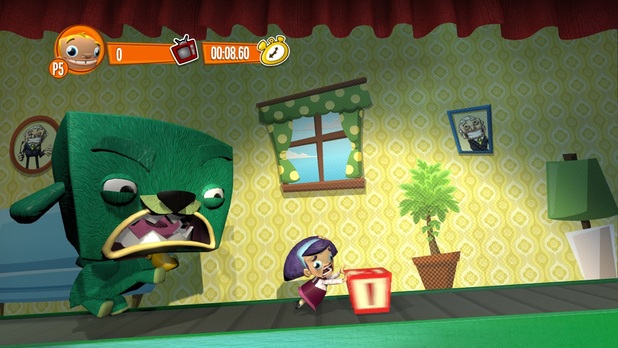 I think maybe the only way this could be a better party game is if it really did register you through a camera (say Kinect maybe?) so everyone can look back on how silly they were and maybe even upload it to the internet via Facebook?  This is just a little brainstorming because I have friends who play beer pong and get absolutely nutty crazy and I could see them in the family room at our next get together stumbling over each other trying to pass the remote and bowl over more monkeys with a cat.  Just writing that sentence makes me want to play it with them badly. 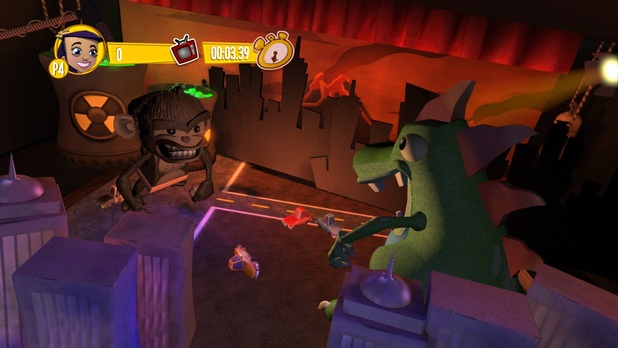 There are a few games out there like this, most capitalizing on popular characters from franchises so to me it is refreshing to have a game that uses all new characters, has a VERY creative take on the mini-game genre and believes that the only thing more fun than a barrel of monkeys is a whole game full of them. 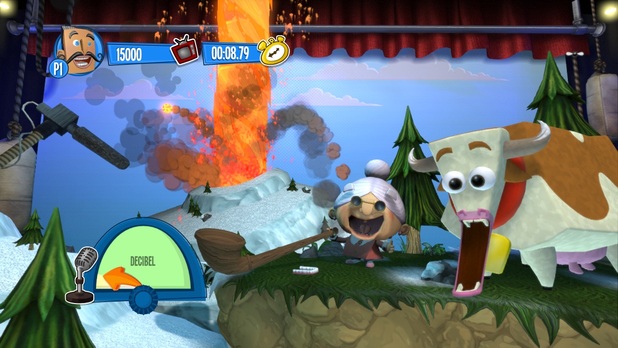 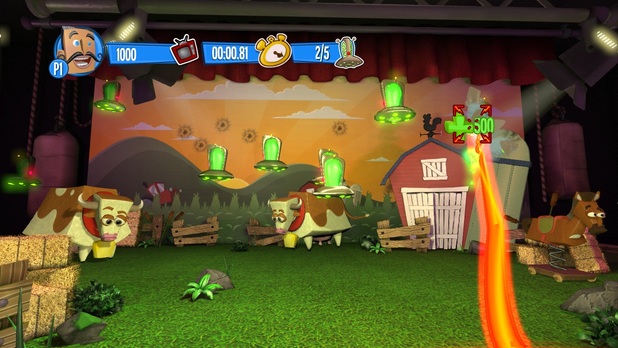 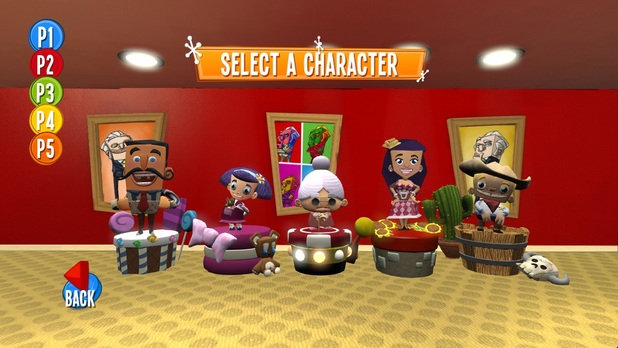 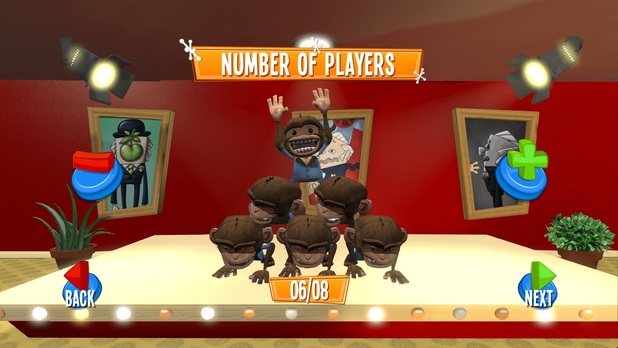 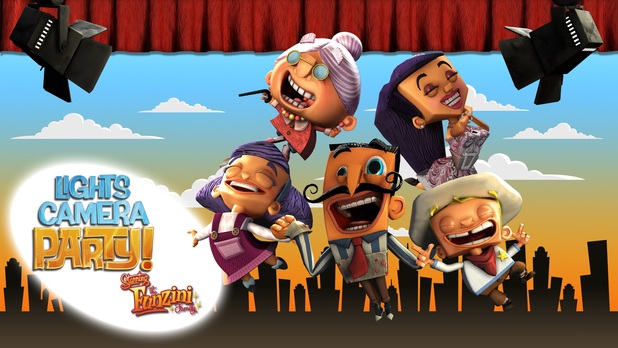 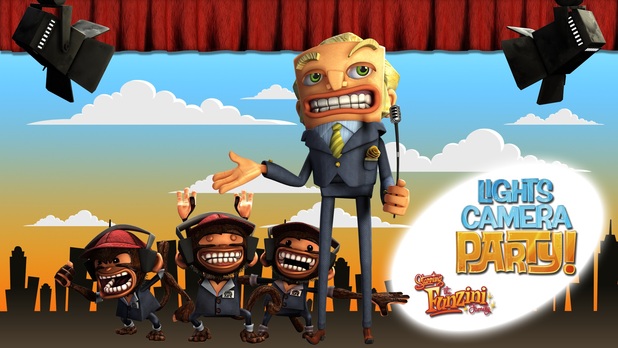 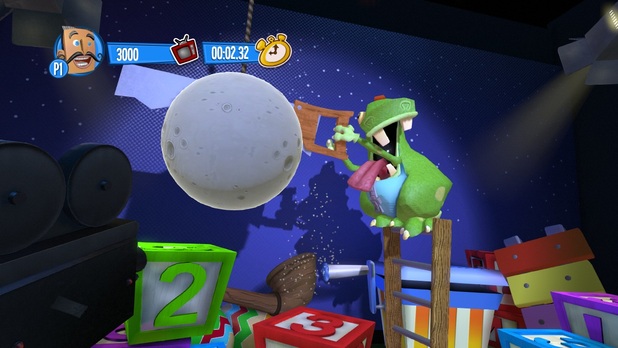 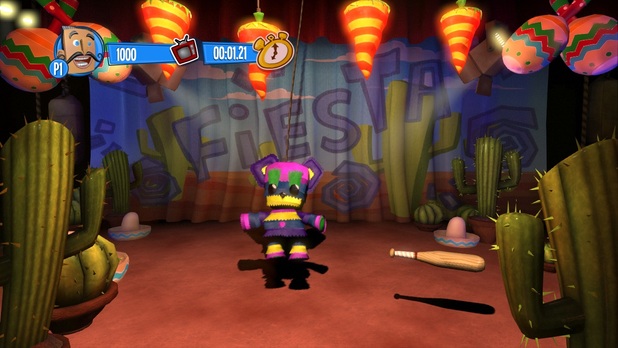 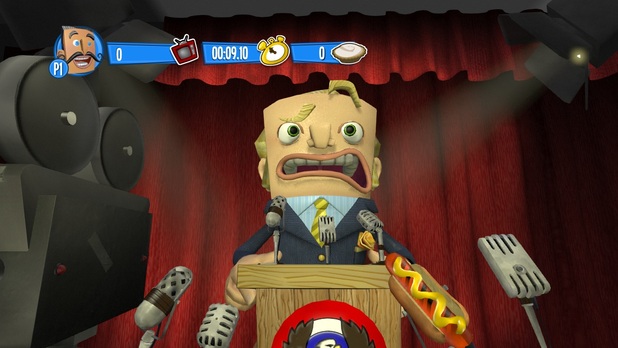