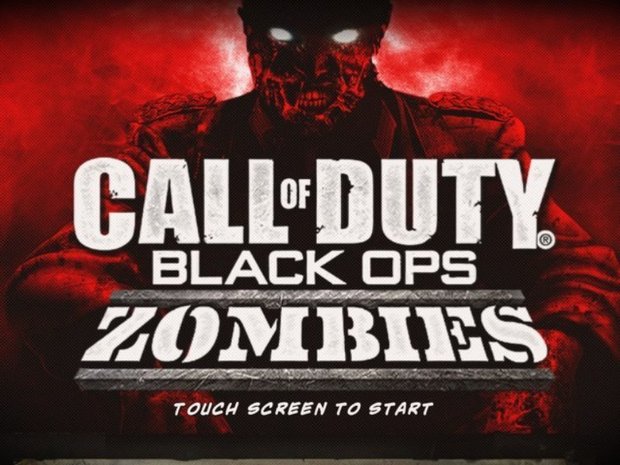 Ok let’s face it: for a lot of people the zombie parts of the COD franchise are a favorite if not the favorite part of the game.  Originally an unlockable level at the end of the game, COD zombies was so popular a themed map set came out called Call of The Dead allowing for you to play iconic characters from horror and supernatural genres was released and an iPhone port of COD zombies came out a couple years back which allowed players to satiate their zombie shooting need on the move.  Now they have come along with Call Of Duty: Black Ops Zombies for the iOS and Android and the questions arises, did they bring the zombie killing love again?

Wait… you need a storyline?  With few exceptions the storyline of zombie hunting is simple: kill them before they eat you.  Sure there can be a love story or the tragedy of lost loved ones, but this is the simple facts: kill them before they eat you.  If you are fine with finding yourself in a room with a gun and zombies coming at you and just knowing you need to survive you should be fine with most zombie games, this one included.

To survive and be a solid player in the COD franchise, graphics require a minimum of quality and sound has to enhance the experience and seriously draw you in.  This game does both and takes it up a notch.  It really felt like a console title rather than a portable port and the sound works great.  Do yourself a real favor and play this in a dark room.  During my review time I was in a cabin in the woods with the lights out and the front door unlocked in the middle of the night.  The atmosphere in game and out of game matched so much I was jumping at every noise and not being near conservative enough with my ammo.

Since it has to be designed to work without control buttons or a keyboard setting up the control system of such a complex shooter can be troublesome if not downright frustrating both to the developer and the player.  This is where the developers were really smart on how they worked with it.  After trying the control system and finding myself frustrated I went to look into the control options and found that there were three ways to set them, all very different and all catering to a different style of game play that phone users have become accustom to.  With the choices of joystick, tilt or swap modes I found myself using my thumbs over virtual joysticks and improving my game immensely.  It is to each their own as are many of the gameplay options.  I found myself using the autolock on enemies when shooting even though traditionally I am a one shot, one kill, put a bullet in the zombie’s brain kinda guy.  The iron sights are pretty clunky at first, with more practice it gets better and that really is the best way to conserve ammo but it quickly became a tradeoff between staying alive and saving ammo and the staying alive won out.  Go hardcore and just do iron sights and you will progress, but it is a bit of a learning curve.  Weapons can also be upgraded so that you don’t have to sweat iron sights when blasting with a shotgun or tossing an explosive so just pick your upgrades to match your playstyle and you should be golden.

Fans of the old school looking and playing COD Arcade will be happy to know that it is unlockable pretty quickly and easily with just a little time investment.  In no time you will be blasting in all directions in the top down shooter which makes me all nostalgic for games like Smash TV.  Since the controls are pretty straight forward for this game they translate extremely well and you will find yourself blasting away everything in sight.

Fans of the Call Of Duty franchise and fans of zombie games will both find this a great game, those who like both will find their two great tastes that taste great together on the road.  It’s graphics and quality live up to the franchise name and though the controls may be a little difficult to get used to at first once you find the style you like and the weapons that suit you, you will find yourself killing long into the night wherever your life and phone take you.