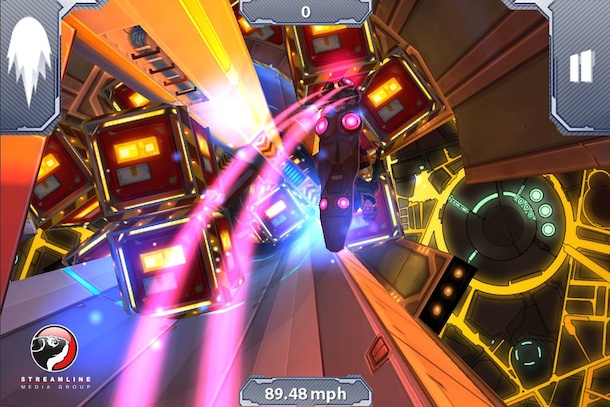 After the Back To The Future trilogy everybody wanted a hoverboard.  There were even hoaxes that the hoverboard was was real and in a lab somewhere or that in just a few more years prototypes the film had based their boards off of would be available to consumers.  I still want my hoverboard.  Where is my hoverboard?  How come NASA or MENSA or some other group of daydreaming geeks didn’t get me my dang hoverboard???  Ok now by the time they do come out with the hoverboard I am likely to break my hip the first time I ride it.  So I have to settle for the next best thing: Axon Runners. 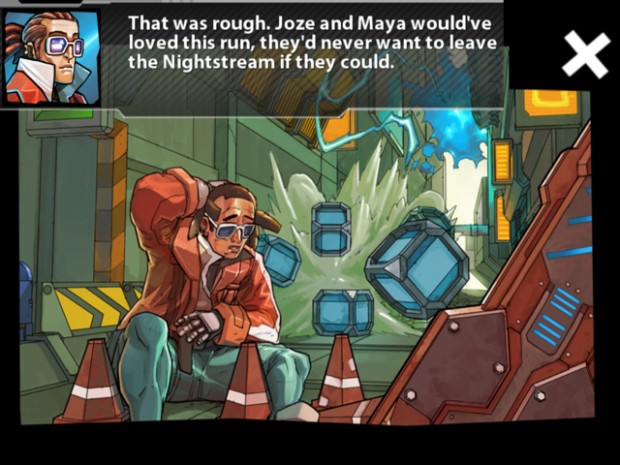 What do you think this is Back To The Future?  Who needs a story… wait, there is one, kinda.  In the future there is this air stream thingy that suicidal hoverboarders ride through.  One of these hoverboarders loses his friends and asks you to help find them.  You don’t, so instead you find yourself cruising the air streams and representing, kinda like early skateboarders did in pools. 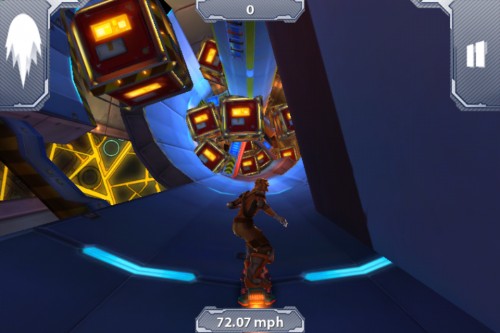 The graphics head toward the comic book/concept art style with a touch of Tron and Blade Runner thrown in.  By Blade Runner I mean the architecture and by Tron I mean the light outlining element.  Otherwise it really is it’s own beast.  It is fairly well detailed for areas you aren’t supposed to see clearly even, so that if you find yourself out of bounds you won’t see plain blank areas but details you might have missed had you done better.  This is probably partially due to the fact that this game was sponsored (co-created by Coca-Cola) and could afford to go deeper into detail or maybe it is because of the learning curve when you start and how as a result you find yourself flying off course and around or through the side sections of the course so they figured a lot of people would see them.  Either way the detail is nice and not only draws you in but makes you feel better about wipeouts since you get to sometimes see a nice section you would have normally missed.

You might have noticed in the previous section I mentioned “the course” and that is because at the end of the day this is a race against time game.  It is well done, nicely themed and has the hoverboards I have always dreamed of and never gotten (still bitter), but it is a course racing game with great controls tailored especially to the iOS.  The controls all make sense, aren’t at all clunky and have a use and design that, though could be tailored to another system, fit this one perfectly.  To jump you push up from your guy, the more you jump the faster you go.  You move your finger around the screen where you want to go and since you are in tunnels with holes in them you can ride the sides and top by just sliding your finger there. 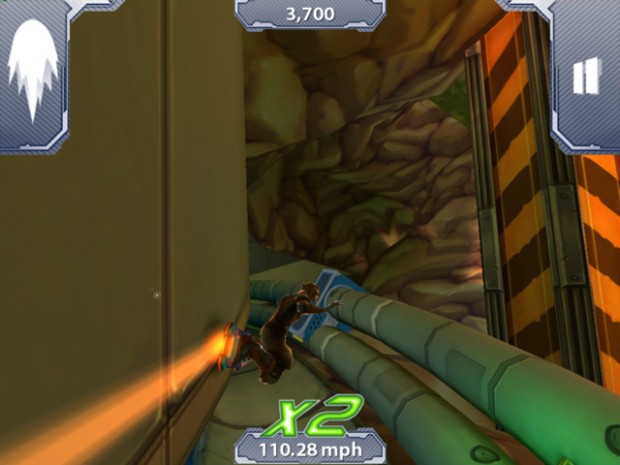 When upside down if you do a double jump just right you land at the bottom of the tube right side up.  You get weapons from your hoverboard to destroy some obstacles and you even get bonuses and points for taking some out (particularly the blue bottle shaped objects which are Coca-Cola bottles without the label).  The main goal though is to go through as fast as possible, dying as few times as possible (unlimited lives) while collecting as many yellow balls of light (orbs) as possible.  Shooting slows you down but can also clear your path for jumping and speeding up so there is a degree of strategy to it. 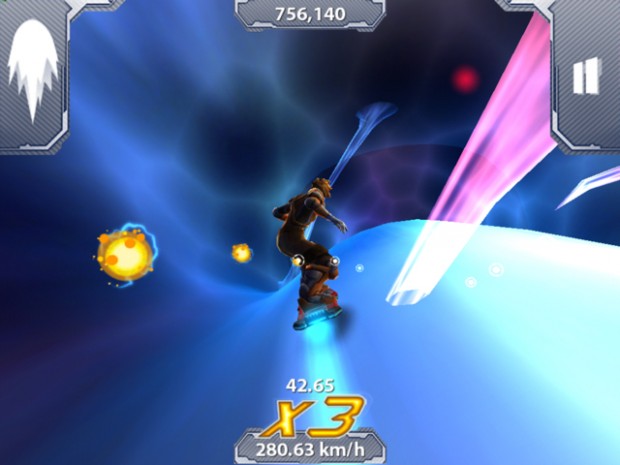 This game is challenging and addictive and is a great way to pass time on the go, standing in line, long road trips, etc.  There is a free version with the first few levels if you really aren’t sure about it  but at $2.99 you might as well just pick up the whole game.  It plays better on the iPad than on the iPhone, bigger screen to move on, but it is great on the iPhone too.  And for a brief moment in time, you finally get that hoverboard you always wanted.