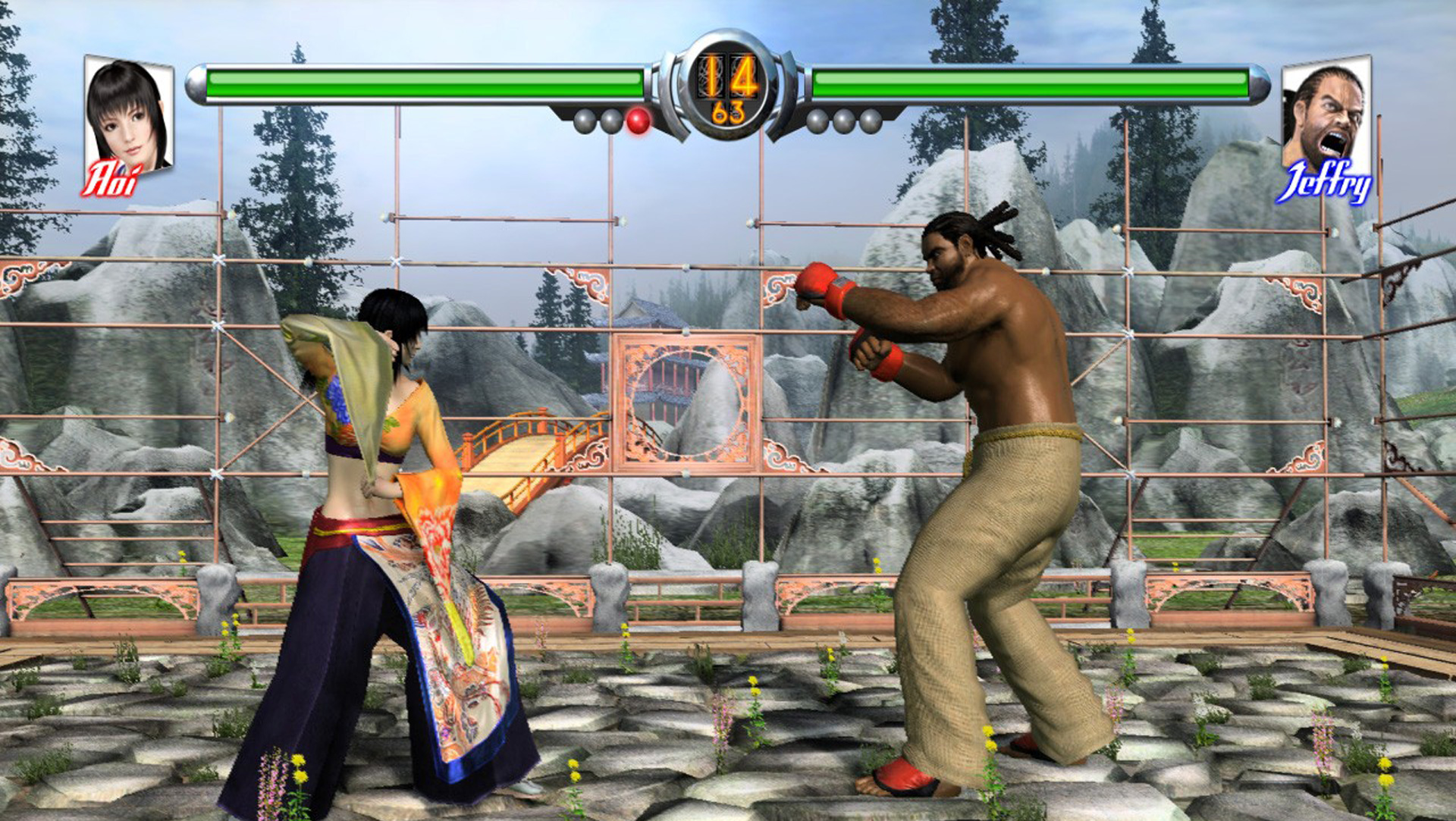 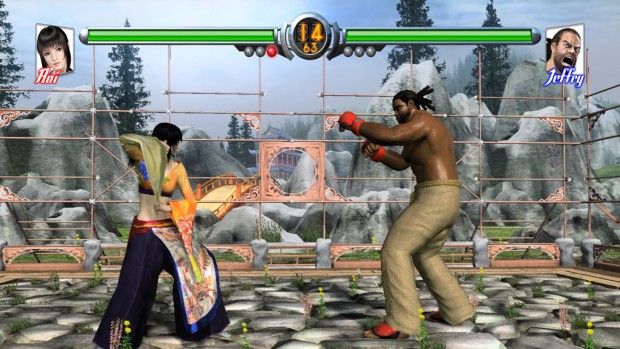 In the world of the fighting game genre, Virtua Fighter holds a very unique and special place in my heart.  Fighting games, like Mortal Kombat or Street Fighter, focus on special attacks or moves that no human could possibly pull off.  While other games, such as Soul Calibur, add weapons to the mix, leaving the matches feeling unrealistic after you hit your opponent in the head with a huge axe.  The Virtua Fighter series has always been based in the real world of martial arts, focusing on quick strikes, timely blocks, throws, and reversals.  This realism has made the Virtua Fighter series the ultimate fighting game experience in my eyes, making matches more of a chess game then being about who pulled off the super moves first.  Sega has released the newest version in this series, Virtua Fighter 5 Final Showdown for the Xbox 360 and Playstation 3.

Instead of using my normal “story” headline here, since there really isn’t a story in Virtua Fighter 5 Final Showdown, I will use this section to talk about the character design and the features of the game, including the many game options for both online and offline play.

All but one of the characters are returning fighters from previous versions of Virtua Fighter, with only Jean Kujo being the new addition.  The list of characters include many fan favorites, including Pai Chan, Lei-Fei, Lau Chan, and my personal favorite, Shun Di.  Each fighter is a practitioner of a real world martial art, and are designed around these styles.  Shun Di practices drunken boxing, so he carries a jug of wine to keep him well motivated.  El Blaze is an expert in the Luche Libre style of wrestling, and has been designed to look like your typical luchadore.  The actual visuals of each character are a little stereotypical, but I find that the designs work in the end.

Virtua Fighter 5 Final Showdown is full of features and game play modes for both online and offline games.  The single player list includes your standard arcade edition, but also includes a score attack mode and a license challenge mode, where the player must win his or her bout while completing the listed challenge as well.  There is also a special sparring mode, but unfortunately you must have had customization unlocked in order to play this mode, and I did not have any customization available for any of my characters.  For multiple players, there is the offline versus mode, which is exactly as it sounds.  Two players play versus each other offline, no more, no less.  Online fighting is single player versus another player over Xbox Live.  Bouts over Xbox Live were quick and lag free for me.  I was able to find opponents quickly and was able to fight without any delay, making the matches fast and fun.  The last mode available to the player is a training mode called the dojo.  This is where the player can learn the moves of his or her toon and become more familiar with what the toon is capable of.

There is plenty here to keep anyone busy for a while.  Customization is a great idea that helps keep the game alive longer, but it is a premium for this version of Virtua Fighter.  You can buy full costume packs, or just buy the ones that you want.  Overall, I love the list of fighters for Virtua Fighter 5 Final Showdown and feel that the modes are great, but really love the lag free online fighting.  I hope the community stays involved in this game for a while to go so that I can find opponents just as easily as I was with this last week.

The game play for Virtua Fighter 5 Final Showdown is the definition of “easy to learn, hard to master”.  You only have 3 buttons that you worry about:  punch, kick and guard.  Your moves are based off of the button press combinations and direction of your movement stick.  Move lists for each character is long and detailed, including a move for almost any situation you’ll find yourself in.  Each character has the ability to throw, dodge, reverse throws, and counter attack through button combinations, making defense just as deadly as offence.

The arenas are interesting to look at and now are extremely varied in both size and shape.  I was surprised to find myself on a floating arena that measured 6×16, making it a rectangle with almost nowhere to dodge to.  Walls are breakable and half walls can trip up your fighter if you are not careful.  Fighters can also use the walls and fences to trap their opponents in a corner and fighter can perform special wall maneuvers.

Gameplay for Virtua Fighter 5 Final Showdown feels natural and right.  The moves are quick and are pulled off with the simplest of buttons combinations, but require the right application during the right time.  One must have great timing to pull of a grab reversal during a match, so it really comes down to reaction time and concentration, rather than complex button presses.

Graphically speaking, I really did not see a difference between Final Showdown and the original release of Virtua Fighter 5.  It looks good on the Xbox, but still looks a little dated and rough around the edges.  The movements of the fighters are smooth and come off looking natural, which is extremely important in this type of game that relies on real world martial styles.  Robes flow like they should and the arenas are interesting to look at and varied enough that I did not get bored with them.

Voice acting is probably the weakest of all areas for Virtua Fighter 5 Final Showdown.  That’s not to say that it is bad in any sense of the word, but it is just not riveting and fantastic.  Each character speaks in his or her native language, which is a great feel.