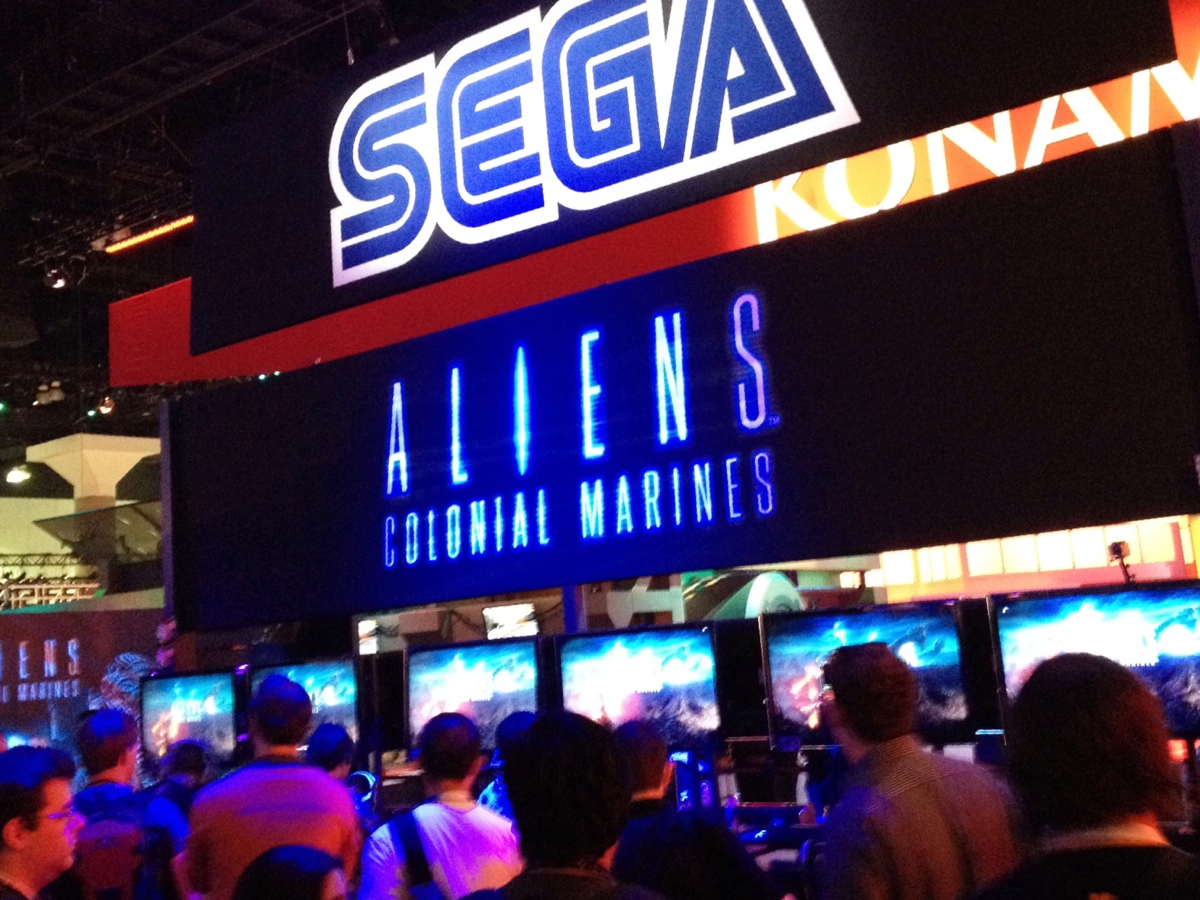 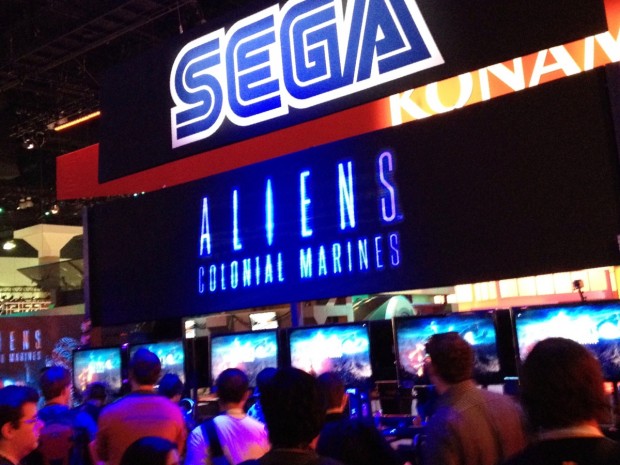 On the last day of the 2012 Electronic Entertainment Expo, I had the chance to go hands-on with SEGA and Gearbox Software’s upcoming Aliens: Colonial Marines. The demo stations set up featured a marines vs xenomorph multiplayer mode, and I got a crash-course in just how deadly those H.R. Giger-created terrors can be. While waiting in line, I had the chance to speak to an unnamed, but VERY high-level member of the game’s development team. According to him, the game actually takes place 17 weeks after the events of Aliens. The player is part of the marine detachment on-board the USCM ship Sephora, sent to discover what happened to the marines who set down on LV_426 in Aliens.

This source claimed that there was to be at least one currently-unannounced DLC pack available on launch day but could not go into exactly what it would be about or contain. He also mentioned that there will be various nods and throwbacks to the various films. For instance, while on-board the Sulaco (the ship from Aliens, which has been mysteriously towed back to LV_426 after wrecking near Fury 161 in Alien 3), the player will get a look at some of the marines’ lockers – including that of Vasquez. The single-player campaign features jump in /jump out, four-player coop which the game will adjust to depending on the number of human players present. The number of xenomorphs as well as their avenues of attack become more intense and varied when more players are present.

Additionally, the Wii U version of the game will feature not only the first-person view on your monitor/screen but, also, a motion tracker on the Wii U gamepad as well as better visuals than the rest of its console brethren (due to its advanced hardware). PC gamers should be happy to know that Gearbox is working hard to make sure the PC version of the game takes full advantage of high-end video cards and gaming rigs.

We finally got into the game kiosk area and I sat down at one of the colonial marine game stations. The spawn UI was very straight-forward as was selecting my starting equipment. For my first spawn, I chose the standard-issue pulse rifle and pistol combo. The level was dark and moody with a couple of marines near my position all scrambling to see any incoming xenomorphs. It didn’t take long for them to come, seemingly out of nowhere, and rip us to shreds. Those things are just darn difficult to see in the dark until they were right on top of us. That’s when I found the button to pull up my character’s motion tracker. This device, using all the sound effects from Aliens, helped me locate incoming xenomorphs before the reached a dangerous distance. I was finally making some kills of my own and even got good at switching to my pistol after running empty in my pulse rifle’s magazine (it takes a bit longer to reload). I got a change to switch around to a couple of the other weapon load-outs and found each to be useful. There was a heavier assault weapon and a shotgun to choose from. There were no smartguns to be found, but I believe that was buried behind a “locked” loadout in my game. IN terms of gameplay, the controls were smooth and movement was not an issue. Switching to iron-sights was great and helped gain many kills over shooting from the hip. If this gameplay is any indication of the single player mode – gamers are in for a real treat when the game launches come February 12th of 2013. 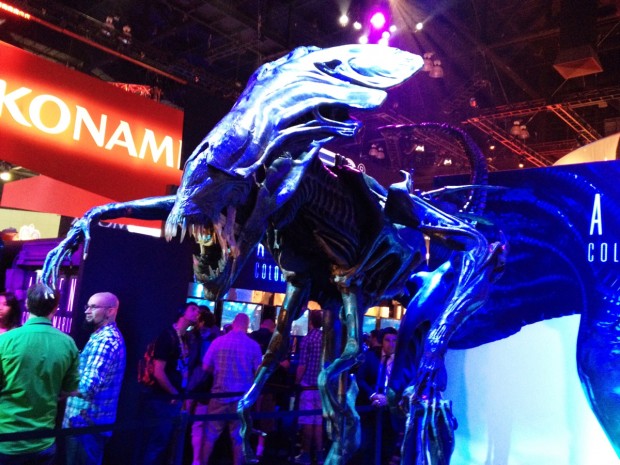 I need to address the awesome-factor of the displays at the Aliens: Colonial Marines booth area. Gamers flocked to take pictures in a sweet, full-size power loader and alien. However, the real star of the booth was the full-size Alien Queen on display near the press entrance to the demo stations. According to my source at Gearbox, this is one of three or so stunt Alien Queens used in Aliens and was found in a bunch of boxes in the Fox warehouse just a few weeks prior to the show. In fact, he claims there wasn’t anyone at Fox who knew how to put it together, so they had to get in contact with some of the original crew members from the film to do so! I was personally in-awe and honored to be in the presence of such an amazing creation of the late Stan Winston. 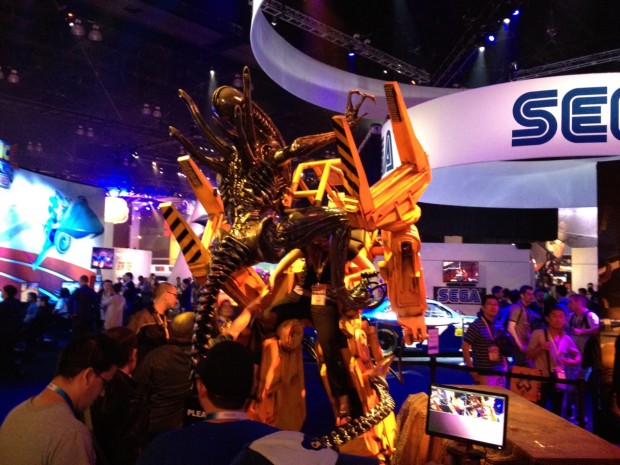