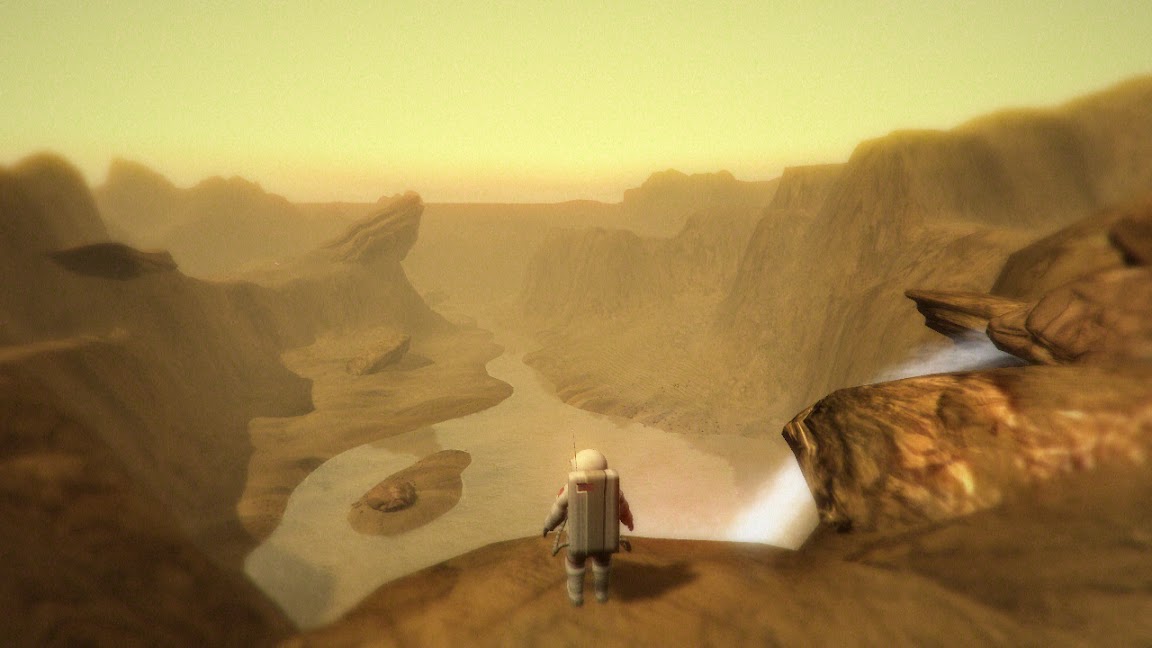 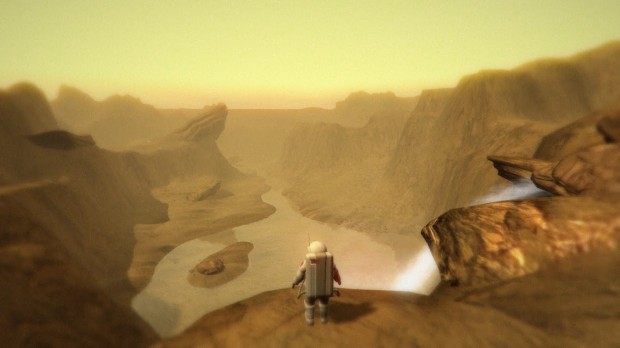 Brighton/Los Angeles, June 07th, 2012 – What if a secretive Cold War project of the Space Race enabled mankind to travel much farther into space than we ever imagined? Lifeless Planet, the upcoming PC/Mac third-person action adventure from Stage 2 Studios and publisher Lace Mamba Global, sends players across the galaxy to explore a distant planet…only to discover signs of a previous human presence. Today, a newly-released trailer gives first insights into the game’s back-story and features gameplay footage from an early pre-Alpha build.

A volunteer astronaut journeys on a one-way mission to a life-bearing planet far outside our solar system. But after a rough landing, the promise of a new Earth soon fades with the discovery that the planet he was to explore is now barren and inhospitable. Alone in this wasteland, his fellow astronauts missing and his oxygen tank leaking, the astronaut’s situation turns desperate.

He begins to explore the desolate planet for his missing crew members, only to discover a deeper mystery: it seems he was not the first human to set foot on this planet! The astronaut struggles to understand what appears to be an abandoned Soviet colony. He wanders through a small town complete with streets, empty houses and farm buildings, eventually discovering a science laboratory and an extensive network of electric power lines with an uncertain purpose. Evidence left behind in documents and audio logs suggests the Soviets were somehow involved in the first-ever visit to another planet, and they kept this mission a secret after something went terribly wrong.

Soon the quest for answers becomes a fight for survival as the astronaut learns this land is not as lifeless as it first appeared. When a strange and deadly phenomenon threatens his very life, a mysterious young woman comes to his aid. Is she a hallucination? Is she really an ally? And is this all just an elaborate hoax, or did he actually uncover a Cold War secret…twenty light-years from Earth?

Building on an exciting story and stunning visuals, Lifeless Planet combines a mix of gameplay elements from adventure games and cinematic platformers. Players will experience the challenges and thrills of navigating the treacherous world in a space suit, jumping and jet-packing in low-gravity over epic landscapes as they follow the trail of the mysterious woman and seek clues to the Soviet history in this strange world.

Along the way, players will discover a mobile robotic arm that will help them solve unusual puzzles. Equipped with the robotic arm, players will be able to reach and interact with dangerous monolithic structures of an unknown origin. Were these objects built by the Soviets…or someone else?

Enhanced by a hauntingly beautiful soundtrack, Lifeless Planet will present a very ambient and atmospheric experience—making players feel like they are really exploring another planet. A planet that may make them question why they left Earth in the first place and will send them in search of answers to the mysteries that await!

Lifeless Planet began as a pure indie development, funded by an overwhelmingly successful Kickstarter crowd-funding campaign. Lace Mamba Global signed the publishing rights for this exciting project, and Lifeless Planet is scheduled to be released digitally and in retail in Q4 2012.