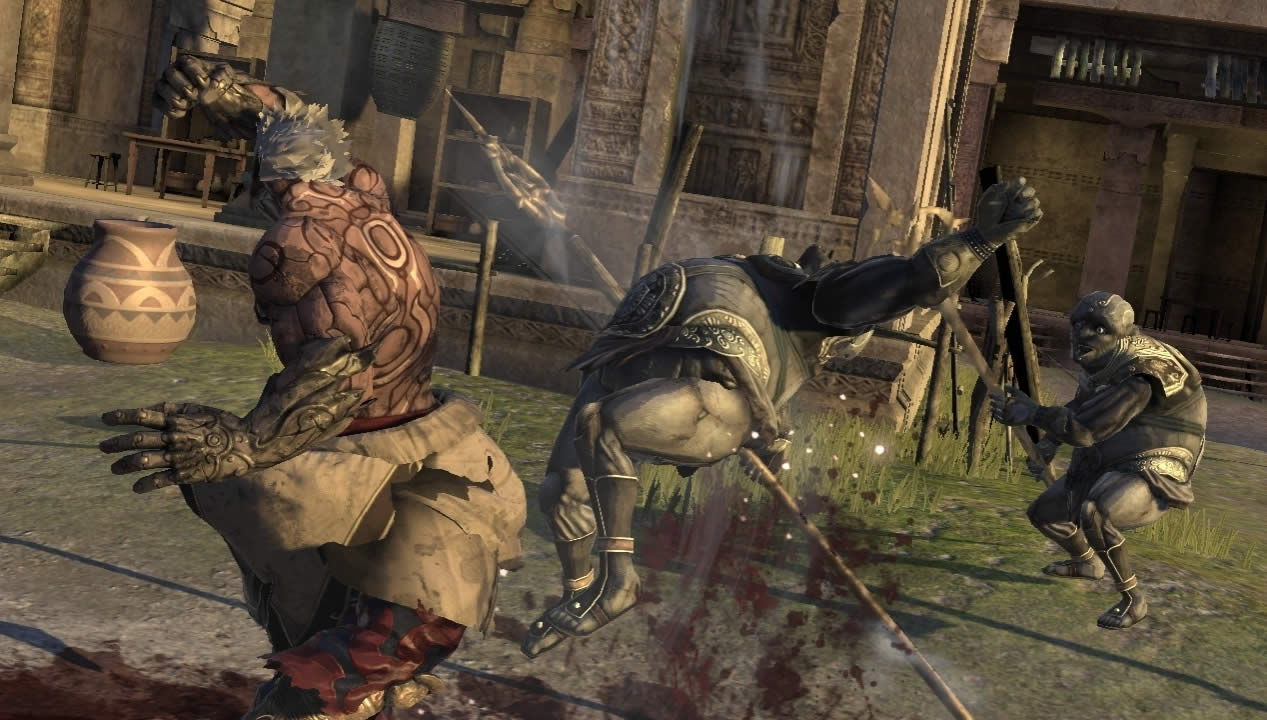 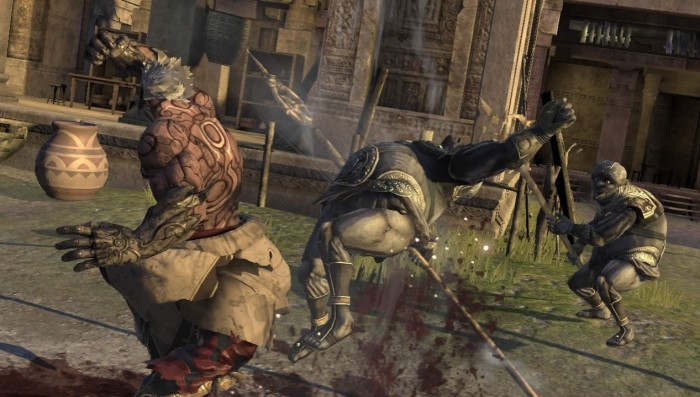 I will begin by stating up front that you will not typically find me watching or partaking in Anime as a genre. That being said, I approached this game-slash-episodic-story with an open mind, knowing that I generally enjoy Capcom titles (CyberConnect2 was the developer, of .hack and Naruto fame), and appreciating the art style (reminiscent of the recent Street Fighter remakes). I can honestly say that I was pleasantly surprised by this title, and although a relatively short experience (roughly 6-8 hours depending on actual fighting time), it was satisfying.

The game is set up as short 20-30 minute episodes, much like an anime show might be, and in between each episode the player can review some additional story details via concept art style slides with dialogue. Each episode contains a variety of gameplay bits, surrounded by the actual story for that episode. I say gameplay “bits” because the actual time spent controlling your character is minimal compared to the time spent watching the story unfold or flicking buttons in a variety of quicktime events (you are often asked to press random directions on the control sticks, or time button presses to attacks within the story sequences). While i will say the quicktime events were a bit overdone, the story itself was pretty entertaining, and each episodes conclusion left me wanting to play “just one more episode”.

Visually, the game looks great, and is one of the better looking games I have seen to date using the Unreal 3 engine. Gameplay and story look interchangeable, and you drift in and out of them seamlessly. The art style is eye catching, and the combat animations for the controllable sequences are slick and silky smooth. The sequences that you do get to control Asura are a mix of shooting, fighting (in the vein of God of War or Devil May Cry, but without the character development), and quicktime events. The base move set of Asura is fairly good, and given the lack of character development, it was still fun to combine his moves in elegant strings with little downtime between enemies. If Kratos is the “God of War”, then Asura could be considered the “God of Rage” – indeed, the purpose of each action sequence throughout the story is to fill a rage meter to cap without losing too much health. This rage meter can then be activated to finish the encounter in typically spectacular and over-the-top fashion, and move on to more story.

The story uses fairly standard themes of grand betrayal and amnesia/flashback sequences to draw the player in, with a strong revenge plot that reminded me of the Kill Bill movies in the way you are driven to seek out each of the god figures that wronged you and take them out. Some of the encounters with former betrayers play out in completely ridiculous fashion, and leave you exasperated and somewhat exhausted (I recall heading to bed right after one such encounter tired and satisfied – which I will not spoil but I will mention it involved a giant finger that had become molten from traveling through the planets atmosphere). I do not have much to comment on as far as the audio goes, since it felt fairly standard of today’s games and up-to-par, both in the music and sound effects used throughout the episodes, as well as the voiced dialogue from the various figures encountered.

Glaring issues with the game would really only be the length of the content provided, considering the full 60 dollar sticker price, and the fact that it is more of a story and less of a game play experience than the average game. I personally support developers trying new things with games, and this was certainly an unusual and different experience in that sense. I also think that if you take into account a second play through on hard (which I imagine would be quite challenging in some of the boss encounter sequences), as well as unlocking achievements and extras, that gameplay time could be extended. All in all, I enjoyed the experience and would recommend this purchase to fans of Anime that also enjoy action games in the vein of Devil May Cry / God of War. I don’t think you will be disappointed.