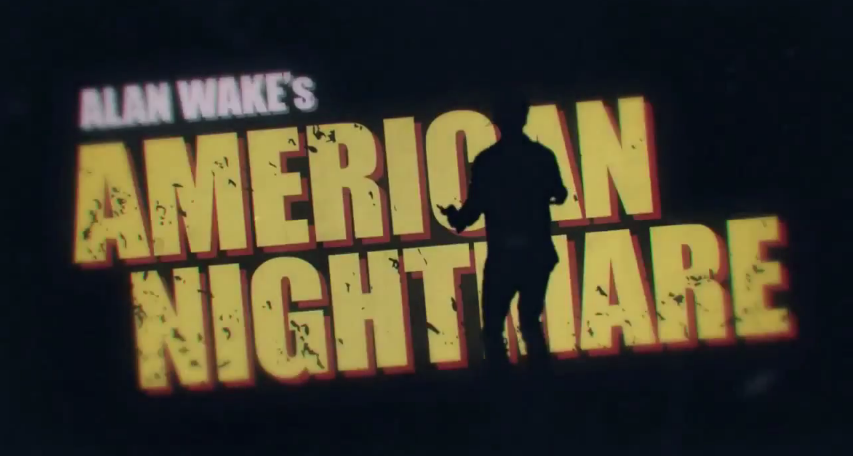 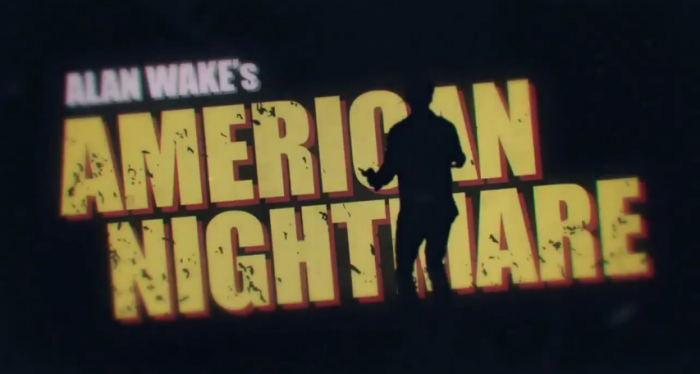 I am a huge fan of Alan Wake. With its near perfect narrative structure and tightly constructed Lynchian story, Alan Wake quickly became my favorite game of 2010, a go-to recommendation for anybody with an X-Box 360, and arguably one of the most unique games of this generation. With all that said, naturally I became very excited at the prospect of a sequel and have been following Alan Wake’s American Nightmare through every step of its production.

American Nightmare is not a straight up sequel to the original. It is also not a throwaway downloadable cash in. American Nightmare exists in a rarely touched space, not quite a full franchise entry but not an experience to be shied away from either.

When we last saw Alan Wake he was trapped beneath the waters of Cauldron Lake. Locked away in the Bird Leg Cabin, he had managed to overcome Mr. Scratch, his dark doppelganger, and break free from the conﬁnes of his own mind. As American Nightmare begins, Alan has been missing for two years. Trapped in the Dark Place at the bottom of the lake he is believed to be dead, yet haunting the town of Bright Falls. The urban legend of Wake has given power to Mr. Scratch, who has been cutting a blood trail towards Alice, Wake’s wife. Alan ﬁnds himself in the Arizona town of Night Springs where he must stop Mr. Scratch before he can do any more damage.

Those with keen eyes will recognize Night Springs as the ﬁctional, Twilight Zone-esque setting of the TV series that started Wake’s career as a writer. As the ﬁrst game found Wake living out a novel he doesn’t remember writing, American Nightmare ﬁnds Wake trapped in an episode of Night Springs he wrote in his youth.

The gameplay of American Nightmare fares better than in the ﬁrst game. Alan controls much smoother than he did in the past and the focus is much heavier on action than survival. Alan no longer has to scrounge for supplies as he is almost constantly armed to the teeth. Ammo respawns in emergency boxes throughout the game and it all helps lead to a much quicker pace this time around. The Taken, enemies from the ﬁrst game, are back with new types including Taken who split and multiply upon being hit with light and a Taken who can disperse into a ﬂock of birds at any time. The enemies are much more aggressive and quick to surround you but the beneﬁt of weapons like assault riﬂes and combat shotguns make enemy encounters much more fun and exciting.

The story moves at a decent pace, save for some odd writing and voice acting. New game mechanics are introduced with the manuscript pages to be found this time around. The amount of pages you’ve found allow you access to new and more powerful weapons. Manuscript pages also lead to Alan’s newfound ability to rewrite reality. By matching environmental conditions to what is found on the page, Alan trial and errors his way towards success. You’ll ﬁnd yourself revisiting the same locations to get things perfect. American Nightmare, being a downloadable title, only has so much space to ﬁll and it shows. Alan ﬁnds himself caught in a time loop and it allows for much more value to be squeezed out of what amounts to only three locations. What could get stale doesn’t, however, as the game moves quickly and you often respawn into new loops closer to objectives, preventing you from getting bored.

Newly added to American Nightmare is an online leaderboard based horde mode called “Fight Till Dawn.” Showcasing the reﬁned combat of the single player campaign, Fight Till Dawn tasks you with staying alive through ten minutes of relentless onslaught while you wait for the sun to rise and vanquish the Taken. Weapons unlocked in the campaign can be used in any of the ﬁve maps of Fight Till Dawn and to succeed you must night only survive, but ﬁght your enemies. Combat multipliers quickly rack up points and the only way to earn these mulitpliers is to seek out a ﬁght.

Alan Wake’s American Nightmare isn’t a straight sequel. It’s a diversion that wraps up some of the loose story elements introduced in the two DLC chapters of the ﬁrst game. While its writing may lack in some spots and its story may get a little hard to follow, all you need to do is collect pages. They help to clear up the story a bit and give you access to some heavy duty ﬁrepower for Fight Till Dawn, some of the most fun I’ve had in this series yet. While it may be a confusing entry point for those new to the series, American Nightmare is a rewarding experience for fans of the ﬁrst game.