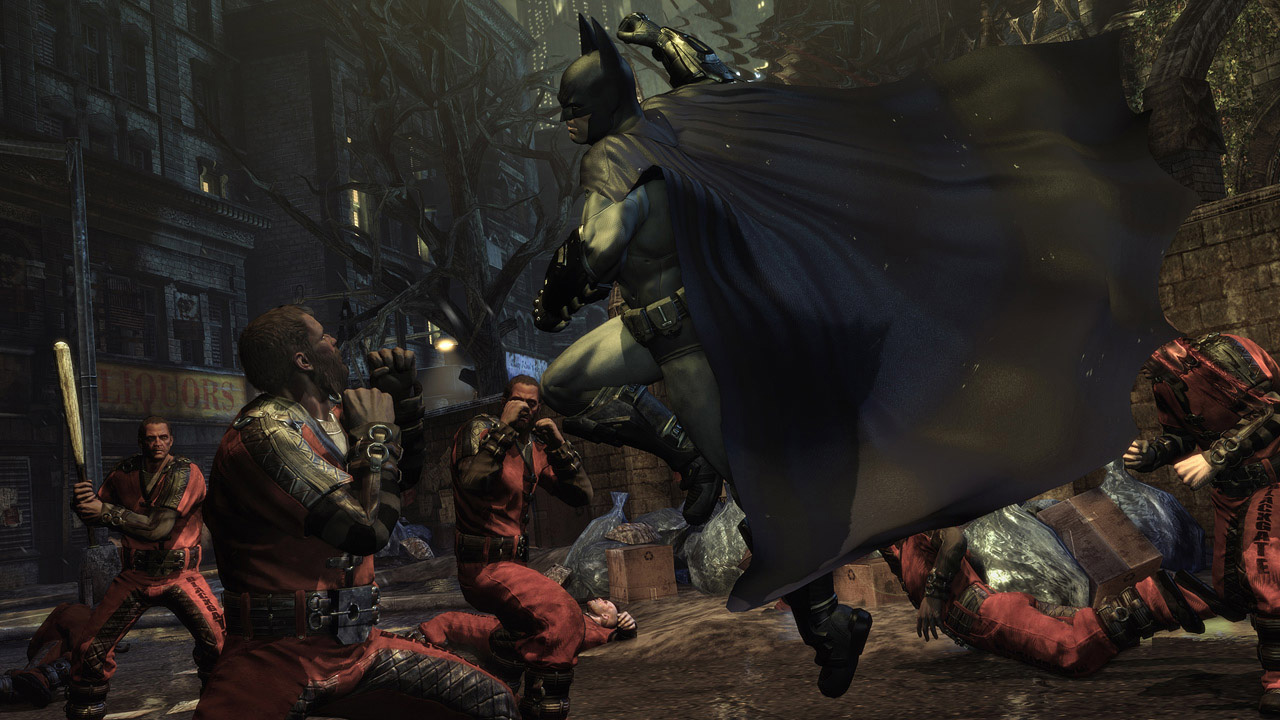 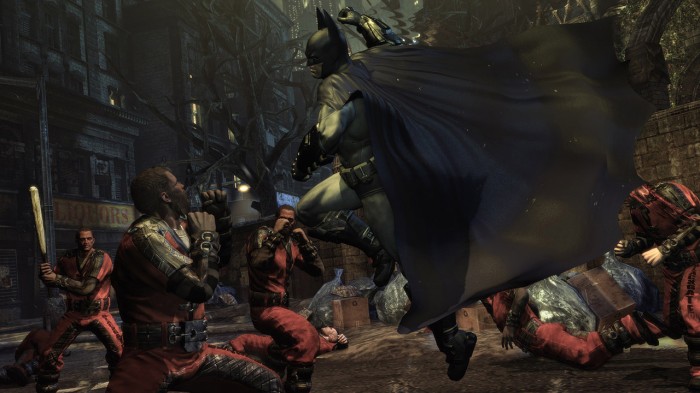 Let’s face it, now is an excellent time to be a fan of the Caped Crusader. Between Christopher Nolan’s films, direct-to-DVD features like “Batman: Year One,” and Rocksteady’s critically-acclaimed mega-blockbuster “Batman: Arkham Asylum” there has never been more quality Batman media to feast upon. Rocksteady has come along once again to add to that list with “Batman: Arkham City,” undoubtedly poised to rise to the top of many of this year’s Game of the Year lists.

2009’s Arkham Asylum offered gamers a chance to feel what it’s like to be the Batman. With a quality story drawing upon a decent selection of one of the better rogue’s galleries in the comic world, Arkham Asylum gave you the toys you’ve always wanted to play with and a chance to take down the villains you’ve always dreamed of fighting. You progressed through the Asylum unravelling Joker’s plot and experiencing a game largely influenced by Metroid. Often times there would be a puzzle to solve or an area to reach that wouldn’t be possible until later in the game with the help of new and more amazing gadgets.

The story picks up a year or so after the conclusion of Arkham Asylum. Warden Quincy Sharp is now Mayor of Gotham and has cordoned off a large section of the city to house the inmates of Arkham Asylum. Christening this borough “Arkham City”, the criminal element is left to it’s own devices as long as it doesn’t try to breach the outside world. Suspecting foul play and corruption at the heart of this program, Bruce Wayne allows himself to become incarcerated as a political prisoner so Batman can investigate the inner workings of the penal colony.

This year’s model blows the door wide open on the formula. You’ll still find yourself using a variety of wonderful gadgets, you’ll still do a lot of back tracking throughout the world, and you’ll still be treated to one of the most wonderful pieces of fan service I can direct you to. Only this time you’re doing it in an open world setting. Arkham City is a massive and gorgeous place. A multi-leveled gothic industrial wonderland, Arkham City gives you the chance to really inhabit Batman’s place in the world. At one moment you may be descending upon a fire-damaged courthouse to rescue Catwoman only to find yourself racing to a bombed out freeway over pass to save a downed news-copter moments later. There is a ton to do in this world and you will savor every moment of it.

One significant addition is the ability to play as Catwoman. Catwoman has a handful of her own missions peppered in throughout the story. She serves, as always, as a romantic foil and equal to the Caped Crusader. Playing as Catwoman, you’ll face down Poison Ivy and have your own batch of Riddler puzzles to solve. Catwoman handles much differently than Batman so don’t think that this is a simple re-skin. Her moves are quicker and much more fluid. There are areas that only she can access and weapons that only she can use. While her story is brief, it is a great diversion from an already fantastic game.

Arkham City isn’t as much of an open world as you’ve seen in recent games like Red Dead Redemption or Saint’s Row, but it functions much more like a hub world in the style of the Legend of Zelda games. Arkham City is your Hyrule and the Courthouse, Steel Mill, and Museum are all dungeons to explore. Moving around Arkham City is a blast and you can typically make it from one end of the map to the other in about two or three minutes. Gliding with your cape and firing off your grappling gun make for some of the most satisfying locomotion in today’s gaming landscape. (Make sure you complete the first round of Augmented Reality training to really enhance the way you travel around Arkham.)

The story moves at a brisk pace, even considering the ten to fifteen hours it will take to complete just the main quest line. Buffering this out, however, are a host of side quests. Should you allow yourself to you’ll find yourself doing everything from solving the over 400 puzzles left behind by The Riddler to tracking down Mr. Zsasz before he can kill again. Add it all up and well, I’ve beat the main quest and I’m at hour 21 of my play through and I’m still only at 54% completion. There is a lot to do here.

Once you’re done with the main story, you can jump back in to a fantastic New Game+ mode. New Game+ starts you off with all of your experience, upgrades and your progression through the Riddler’s puzzles intact. From there you are introduced to a difficulty spike in the enemies, more challenging boss battles, and a lack of alert when an enemy is about to attack. But hey, you beat the game already. At this point, you are Batman. New Game+ is all about taking everything you’ve learned through one play of the game and putting it into practice without the game holding your hand. Once you’re done with New Game+, you can jump into the Riddler’s Revenge lobby. In Riddler’s Revenge you’ll find challenge maps like the first game plus all new campaigns which serve as sort of a best-of mix-tape of the standard challenge maps. Campaigns match three challenge maps together and give you a handful of game modifiers like tougher enemies and time limits that you must put into play. A robust leaderboard system will help you keep track of your progress against your friends and all challenges are playable as Catwoman as well.

In going into any review, You always find yourself looking for something negative about the game. Something to poke holes in whatever argument you’re making for the game. There’s not a lot I could find for Arkham City. If anything, it would be the controversial decision to require a download voucher for the Catwoman content. While I can agree on the need for an online pass in today’s used game market, I don’t agree with having that online pass activate something that rightfully is part of the main single-player story. I didn’t play any of the Catwoman content until after I had completed the game and I was shocked at just what I was missing. Catwoman completely changes the opening to the game and later on there is a very specific plot point that became a bit muddy for me and wasn’t cleared up until I saw it from Catwoman’s point of view. That being said, buy the game new. Install the Catwoman content right away. I can’t slight the game for this, only the publisher for making a poor last minute decision.

Overall, Batman: Arkham City is definitely worth a purchase – especially for Batman fans. For sixty dollars you’re getting not only one of the best games of the last five years, but also a game full of nods to Batman’s rich history (No Man’s Land, anyone?) and the privilege of witnessing Mark Hamill’s swan song as the definitive actor to portray the Joker. Batman: Arkham City isn’t just a worthy sequel to Arkham Asylum, but it’s better than practically everything else on the market.