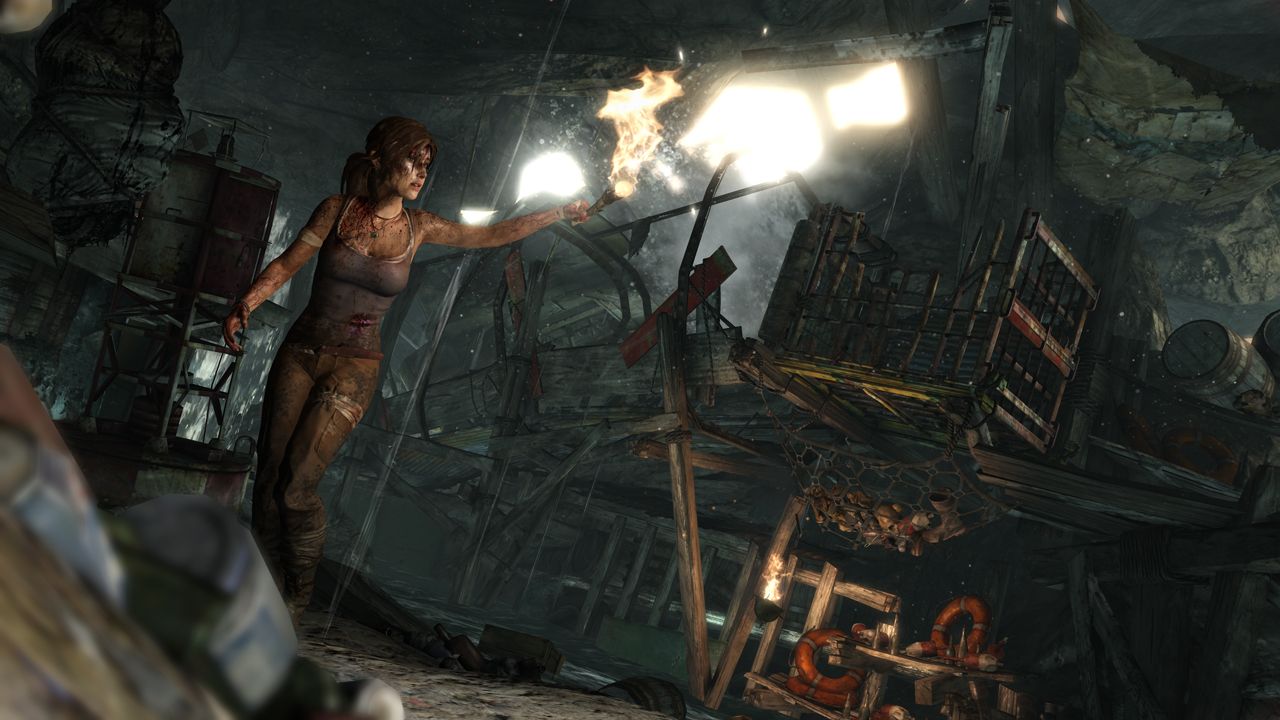 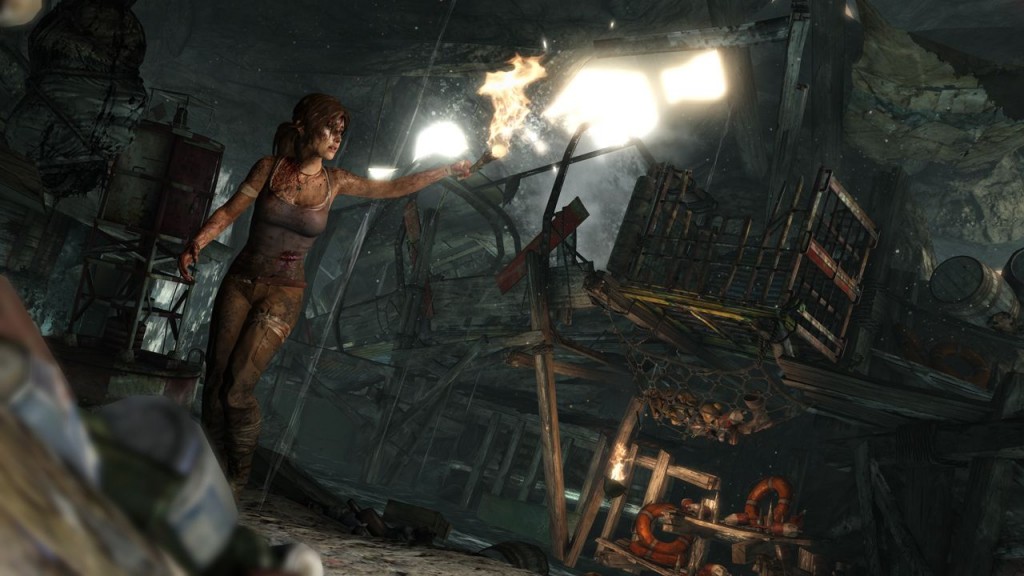 While zipping back and forth between behind closed-doors E3 demos at the Square Enix booth, I happened by the room showcasing Tomb Raider – the upcoming reboot of the platforming franchise which started back in 1996. When the demo room opened up for the next group of media personnel, I made my eager way in and took a seat for what was to be a very intense experience.

The developers walked us through some of the gameplay sequences seen in the E3 trailer for the game – Lara waking up after surviving a shipwreck and escaping an underground tunnel system with a gaping wound in her side. What struck me most of all was just how dark and gritty the overall look and feel of the game was. Lara is beautifully rendered and the motion capture work is incredible in her movements and facial expressions. The entire thing almost felt like we were watching a movie – not a video game being played.

One of the key themes in the game is fire and water and how they interact. While hobbling about the cave system, the developer very clearly stated just how important fire was to Lara as it is one of the primary means to figure out in-game puzzles and overcome combustible objects, barricades, etc. In one scene, Lara had to destroy a wooden barricade that was just behind a waterfall. She had to figure out how to get a fire source behind the waterfall in order to ignite it.

Again, I can’t say enough just how incredible the motion capture work is here. Earlier in the level, Lara had removed a very large piece of wood from her side, leaving her clutching at it (as one would expect). The motion capture is so good that, the first time she jumped down from a box and recoiled to her side as the pain shot through her body, it literally made my butt pucker. Time and time again, my heart went out to this girl who never seemed to catch a break. If it was not one obstacle or murderous native, it was finding her mentor/traveling companion near death and it was up to her to retrieve his pack with medical supplies (and a radio transmitter) from a den of blood-thirsty wolves. The look on her face when her mentor then tells her she needs to climb to the top of a tower and place the transmitter above it was priceless and, again, I could not help feel something for her – the game demo literally ripped the emotion from my being. Too dramatic a statement? I digress…

Throughout her adventure, Lara develops what the game developers call “survival instinct”, a vision mode similar to that found in Batman: Arkham Asylum where she can see objects of interest and other plot points that don’t usually stand out. I am interested to see just how this is fully-used, but part of me also felt that it pulled the viewer out of the intense, movie-like experience that the demo provided.

Tomb Raider is going to be a very difficult game, not only to play but also to experience. It is Lara Croft’s gritty origin story full of blood, sweat, and tears. Gone, perhaps to the lamentation of some fellow geeks, are the over-sized breasts and witty one-liners. Instead, we are met with a scared, “real” woman who could easily be your sister or someone else you care about who is thrust into the most extraordinary of situations and made to temper herself into a survivor. 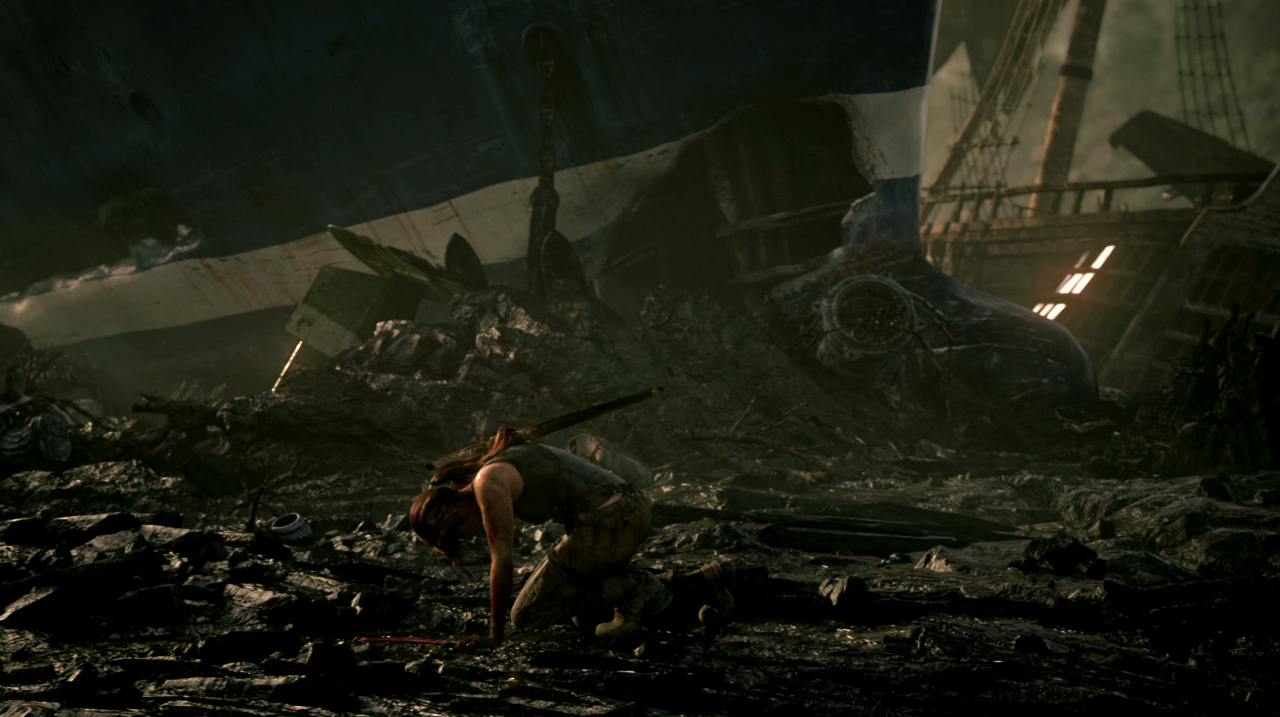 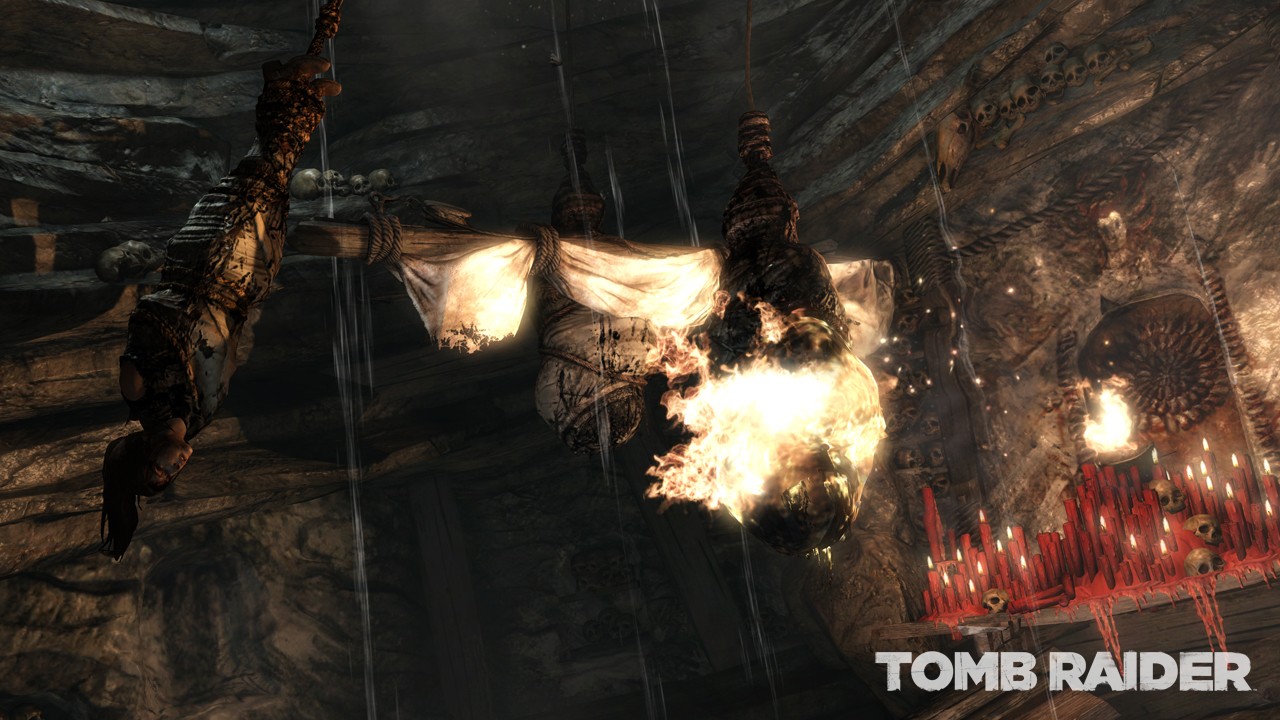 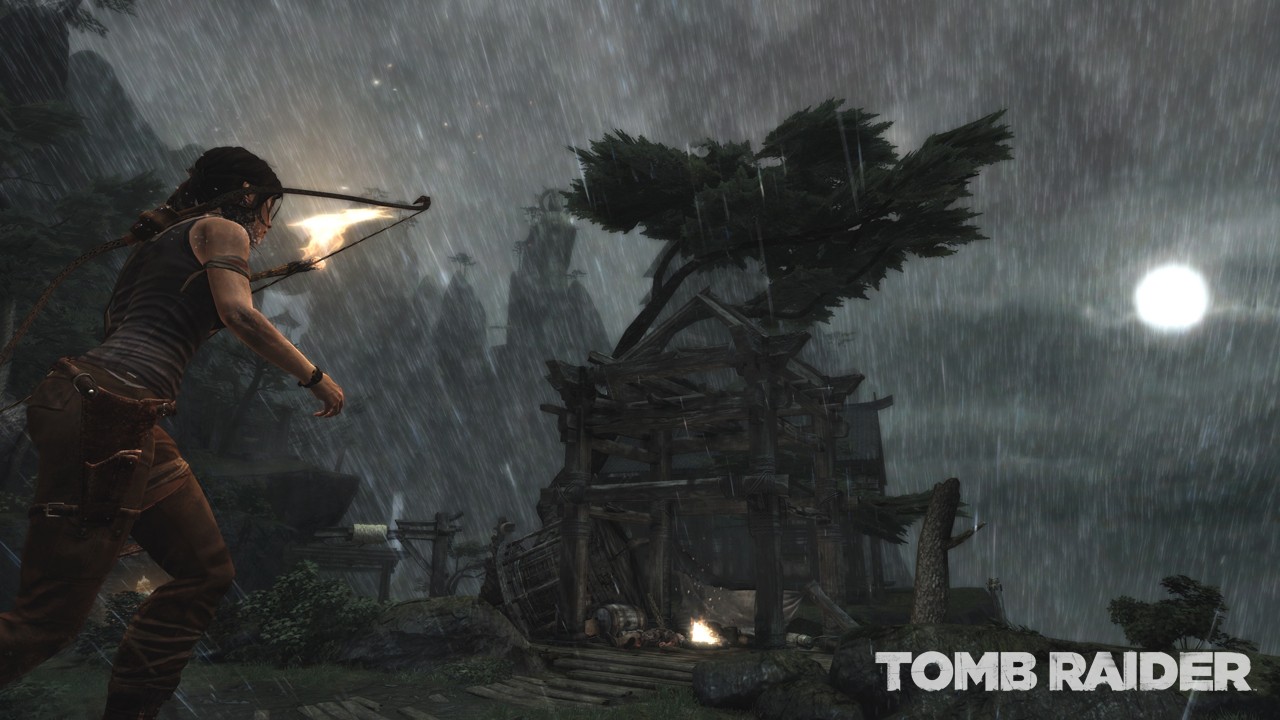