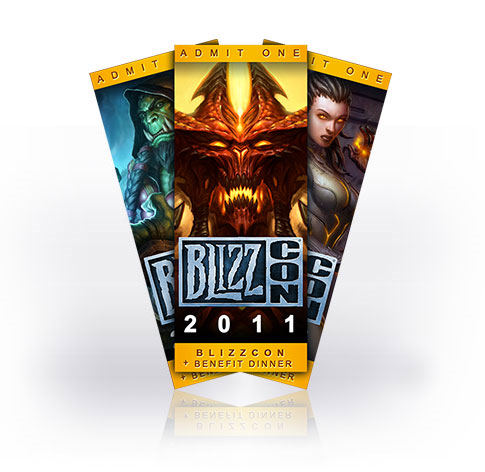 Blizzard Entertainment has announced that the have allotted two hundred 2011 BlizzCon ticket sales just for charity. The tickets are much more expensive than the standard ones, but for $500 you not only get entry to the event but also admission to a special dinner featuring Blizzard developers as well as other special guests. These benefit dinner tickets go on-sale starting Wednesday, June 8 at 7 p.m. Pacific Time through the online Blizzard Store.