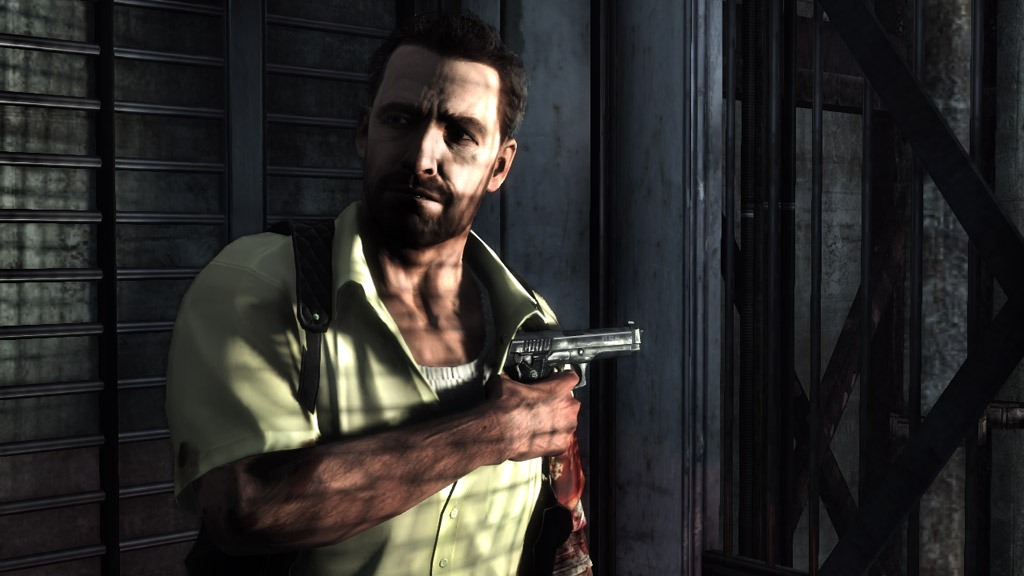 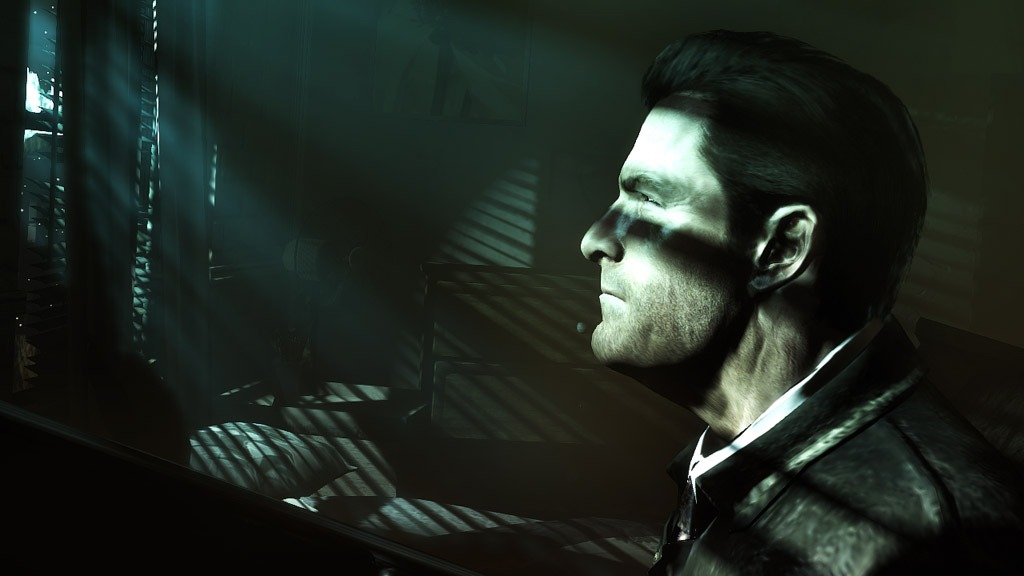 Rockstar Games has sent out some new Max Payne 3 screenshots this morning, nine in fact! Along with the screens was the official fact sheet for the game, which you can see after the screenshots below. Max Payne 3 is being developed for the Xbox 360, PlayStation 3, and PC platforms. 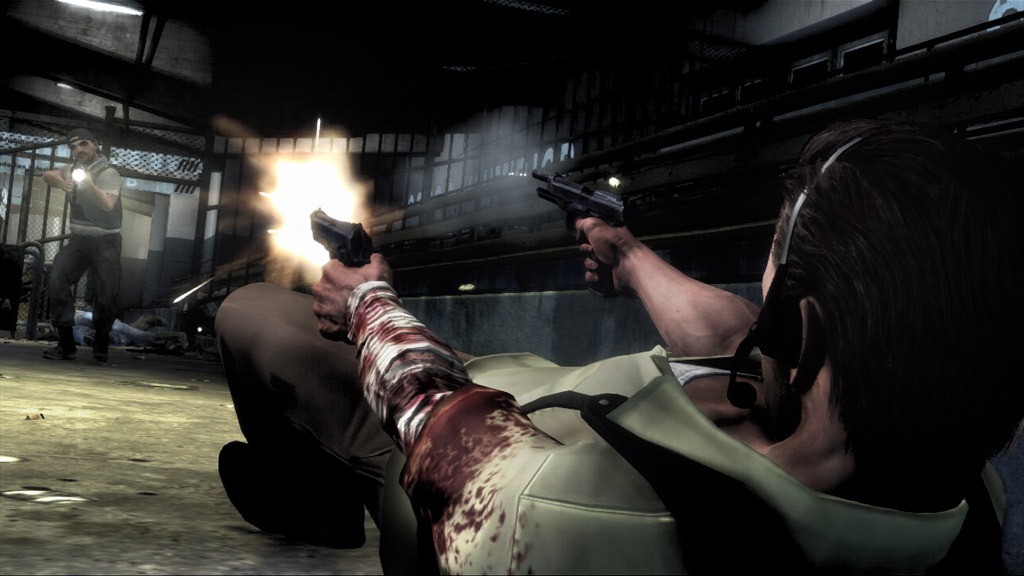 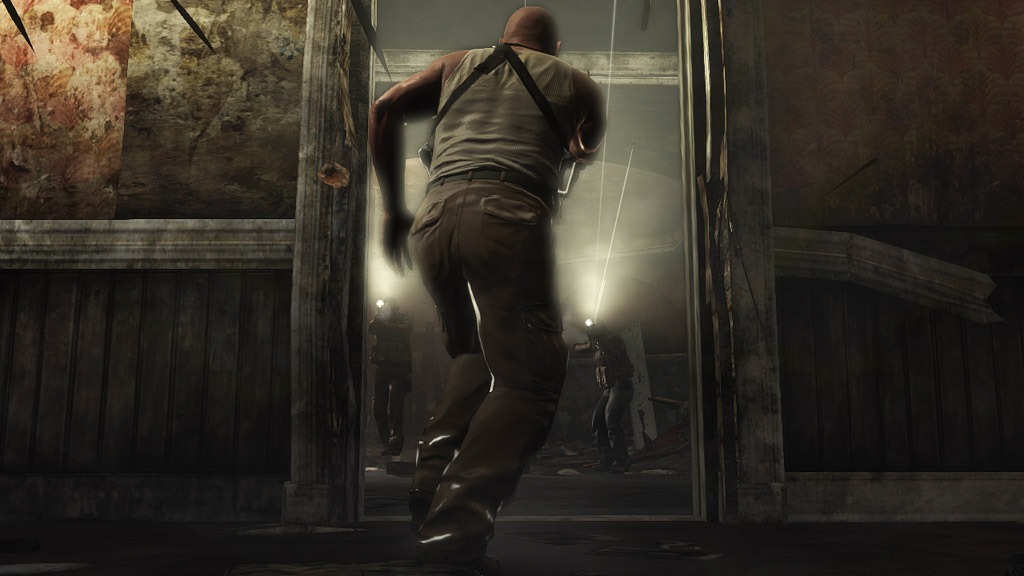 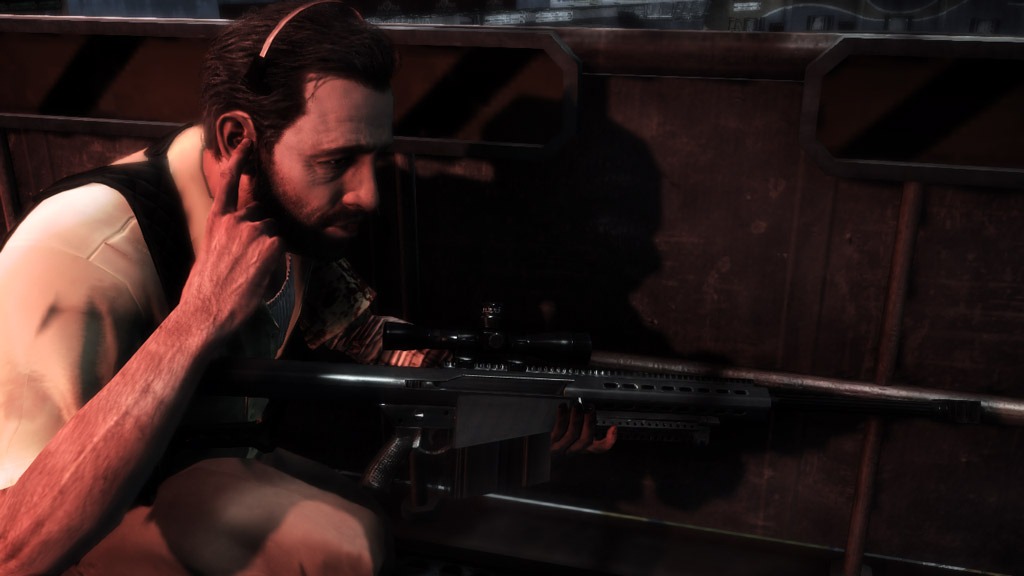 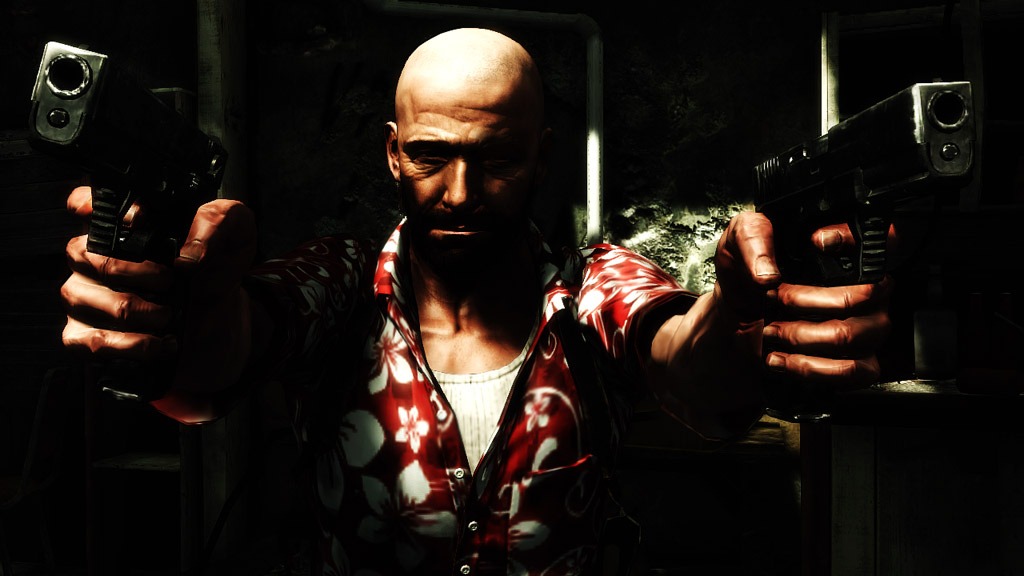 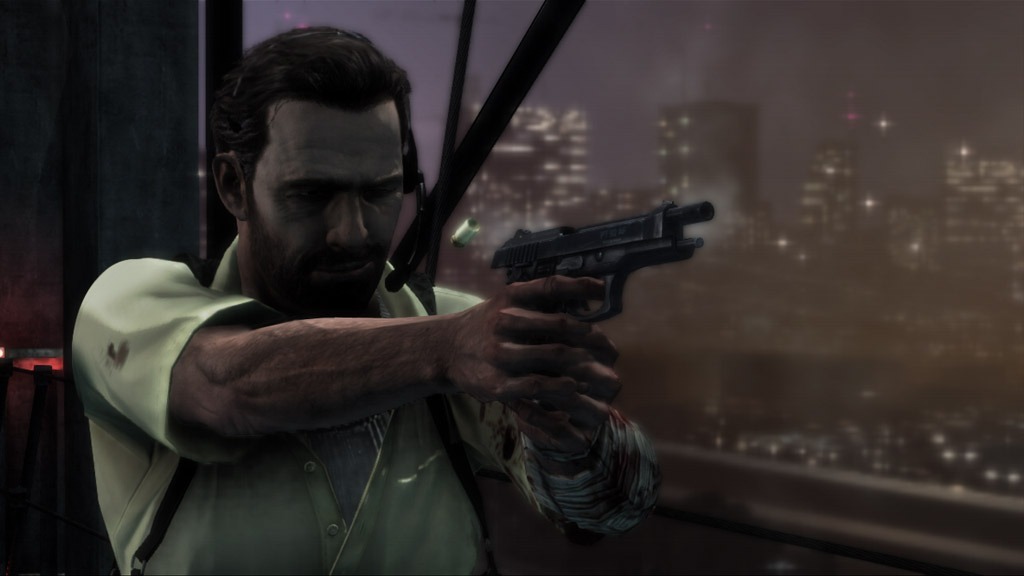 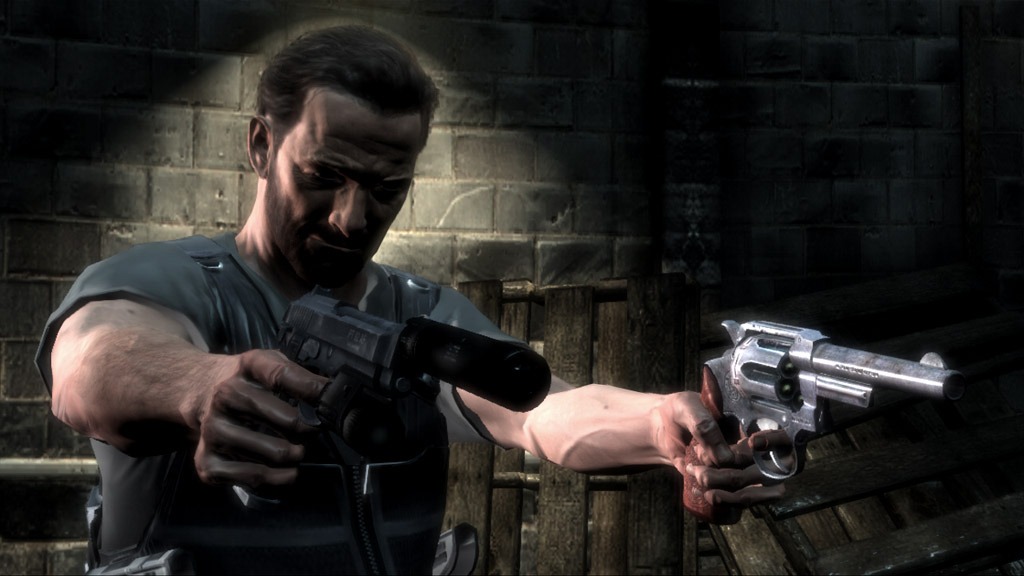 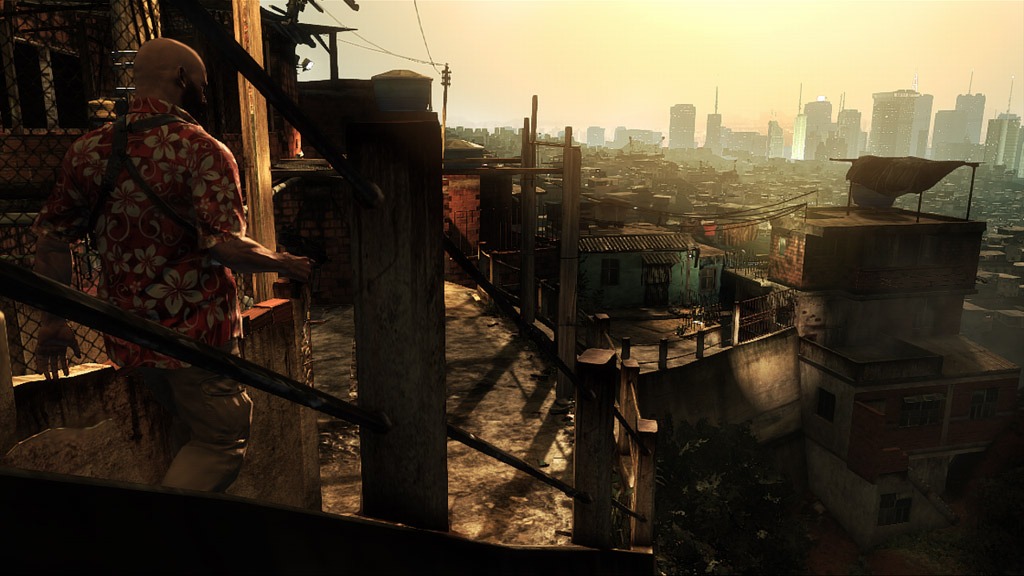 Developers: Rockstar Studios
Publisher: Rockstar Games
Release Date: TBC
Genre: 3rd Person Shooter
Platforms: Xbox 360, PlayStation 3 & PC
Background and Aims
It’s almost exactly 10 years since Rockstar Games and Remedy worked together on the original Max Payne, and eight years since Max Payne 2.
With Max Payne 3, Rockstar Studios’ aim was to use every tool at their disposal – from advances in Euphoria physics, particle effects and AI, to a new creative approach to Max’s classic comic-book panels, combined with Rockstar’s notoriously obsessive attention to detail – to create a highly cinematic action shooter.
Story Overview
Max Payne 3 is set eight years after the events of the last instalment. No longer a cop, Max is close to washed-up, drunk and addicted to painkillers. Without a job on the force, Max has left the greater New York area, and he finds himself in Sao Paulo, Brazil, working in the burgeoning field of private security.
Max’s latest assignment sees him protecting the family of Rodrigo Branco, a wealthy real estate mogul and his two brothers: Victor, a local politician and the youngest, Marcello, a party-loving Eurotrash playboy, along with Fabiana Branco, Rodrigo’s trophy wife, and Giovanna, Fabiana’s sister.
The story of Max’s descent from vengeful, leather-jacket wearing detective roaming the alleys of New York to the broken, shaven-headed man out for justice on unfamiliar streets far from home is at the center of Max Payne 3.
Features to note:
– The combination of Natural Motion’s Euphoria character behavior system and Bullet Time adds a new level to Max’s classic shoot-dodge moves. Shoot-dodge is not a canned animation, but a natural interaction with the environment, as Max will reach out to the floor as he dives, and naturally respond to objects in his way if you attempt to dive into a wall or obstacle
– This marriage of slow-motion gunplay and Euphoria physics amplifies the cinematic action of Max Payne 3 significantly, and enemies will also respond realistically to each bullet fired.
– Max Payne 3 extends the concept of Bullet-Time to now include game areas of the game that will trigger set pieces involving Bullet-Time. These provide epic moments of action that allow Max to take out enemies in a new interpretation of Max Payne’s signature style.
– Bullet-Cams return: in keeping with the stylish gunplay for which Max is known, Bullet-Cams deliver players a reward for downing enemies with a satisfying final kill
– Max Payne 3 takes the graphic novel panels of the earlier games and evolves them by utilizing in-game assets to create a motion comic-style approach.
– James McCaffrey, the original voice of Max, is back. Not only as the voice of max, but Max’s appearance, face and many of his movements in Max Payne 3 are all captured directly from James himself.
– Max Payne 3 features an integrated cover system. Cover adds an extra strategic element to the classic shoot-dodge/bullet-time/ run-and-gun mechanics of Max Payne, providing players with new options in any given situation
– Tremendous detail has been paid to every facet of Max Payne 3: Bullets destroy nearly everything in the environment, sweat will appear on Max’s face and shirt as the heat of battle wears on, and blood soaks the clothing of his enemies. You’ll also notice the minute details of the weapons themselves: hammers cock back, slides move, shells expel from the chamber and literally hundreds more.
– Partners and sidekicks will play a large role in Max Payne 3. Hundreds of hours of custom motion-capture were done for individual characters, making traditional in-game encounters completely unique, such as enemies sweeping a room or simply the way Max’s partners will behave as they move through the game.