Pinball is the old school of arcade gaming. There are actually museums dedicated to the slanted tables with their silver balls and fast flippers. Over the years videos games were added to pinball machines and pinball machines were added to video games with varying success, usually the less successful being the video games. As strange as it seems, we have had plenty of success over the years imitating human movements but when it comes to the little silver balls crossing the tables and hitting the bumpers just right, it always seems to fall just short. So when Zen Studios took on pinball machines it was a daunting task and critics were ready and waiting to attack another attempt. 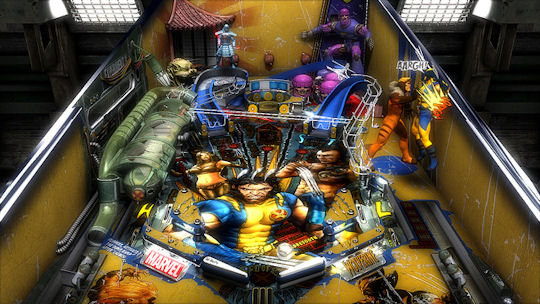 Much to their shock, Zen Studios not only pulled off the physics they expanded their game with more tables and a sequel, each time just getting the better and better and the tables more exciting. Finally they got to the point that they teamed up with Marvel Comics and created the game that appealed to our inner gamer and inner comic geek with all the best physics ever made for pinball. If it sounds like I may be a bit over-excited about it, I’m not. My fingers and arms are tired from hitting my flipper buttons like crazy every chance I could for days. I went out to a video arcade, found one of the classic pinball games from way back in the day and I discovered I actually liked the video game one better. The real life game had a broken flipper, some of the bumpers were a little too worn and the special aspects of the game barely worked. When I got home I was able to play a game with identical physics without the worry of a sticking or broken flipper or lousy bumpers. Add to it the interaction with Marvel heroes and villains that can’t quite be duplicated yet in the real world and Bam! you’ve got a game with all the bests of old school gaming with the magic of modern technology.

Graphics/Audio:
The graphics and audio are spot on for creating a pinball machine experience. The dings, clicks, bells and sound clips that make pinball all the fun it is are clean and believable, and yet the addition of Marvel comic heroes and villains just a little too animated for a real machine works as well. 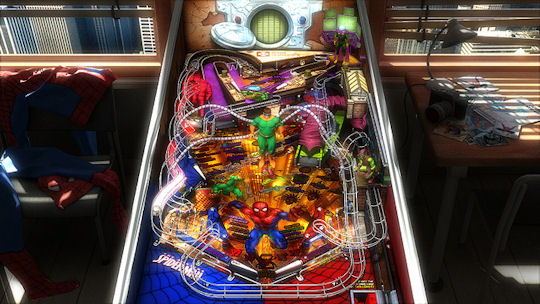 Gameplay:
The gameplay is immersive and you soon forget you are playing a video game instead of a table top. You shoot the ramps, you pull back the plunger, you go crazy with the flippers and that little silver ball reacts just like you would expect it to. You use very few controls, mostly a button for your right flipper and another for your left. Wolverine has a short table with simple ramps, Spiderman has a long table with lots of crisscrossing paths for the ball to travel, Iron Man has lots of tubing and metal to fit the technology theme and Blade solidly pulls off the land of vampires with a table that changes between daylight mode and night. One of the only real complaints at this point is that there are only four tables and the gameplay is so addictive you just want more. With the word being that Zen Studios has gained access to the whole Marvel Universe, I imagine we will be aiding more of our favorite heroes with our trusty flippers in the near future! This is also nice since some people really prefer a certain type of table over another so having more options will give them more to love.

Playtime/Cost:
This has an unlimited playtime. The game is playable over and over, it has online multiplayer as well as a ‘pass the controller’ up to four local player mode. There is also an online leaderboard system and trophies to be won for each table. Add to that the fact that there is already talk of more tables and heroes coming along this game is a great value at $10.00 and is perfect for single player and party gaming. They are even planning tournaments! 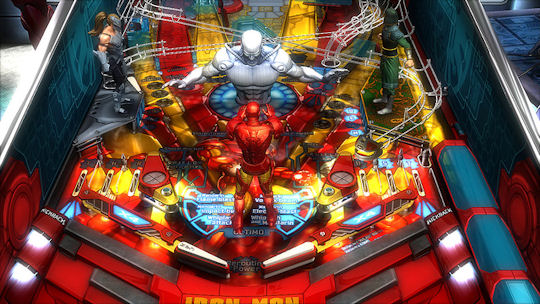 Last Call:
This may be the best pinball video game I’ve ever played. It is in some ways better than the real thing because the physics are so solid that you get the play of real life without any of the wear down of mechanical parts. I can’t wait for the next table, which will be chosen by player’s votes with Ghost Rider currently in the lead.

*DISCLOSURE: A copy of this game was sent to us for the purpose of this review, though at the price I would have happily bought it anyways.